Where we left off after the Chattanooga FC match, the NISA Fall League standings looked like this for the East (with no matches played in the West).

Our next match was August 22, 2020 in Pontiac against the Michigan Stars.  Having attended these road matches against the Stars in the past, I’d purchase a ticket for the game and shoot from the stands with the Northern Guard Supporters.  However, with no fans allowed, I sought a media pass for this one.  Of course, the lack of contact information on the Michigan Stars website, coupled with an unanswered response after using their generic online contact form, I didn’t attend the 0-0 draw at Ultimate Soccer Arenas.  But looking at the broadcast feed, maybe they didn’t want too much evidence of the ‘fans’ they allowed in to watch the match, contrary to the State of Michigan COVID-19 restrictions of small gatherings with social distancing.

The night before the Michigan Stars match, the New York Cosmos defeated New Amsterdam FC by a 3-1 score.  Detroit was to head to New York to face the Cosmos on August 29th.

The day after the City-Stars match, Jacob Blake was shot seven times in the back by a police officer in Kenosha, WI.  This act was another example of the need for America to face its racism disease.  On Wednesday, the Milwaukee Bucks of the NBA walked out of their playoff game against the Orlando Magic, in response to and support of Jacob Blake.  Orlando chose not to accept the forfeit and walked out as well.  The players of the other two NBA games and the WNBA games, walked out.  Other sports teams followed.

The next day, Detroit City FC issued the following statement:

In response to the shooting of Jacob Blake and the continued devaluation of Black lives, the players of Detroit City FC have made the decision to not play Saturday’s match against the New York Cosmos.

The need to address social injustice and racism supersedes sports at this moment.

In lieu of the match at the New York Cosmos, Detroit City FC – led by the players – is developing a call to action for Saturday evening.

New Amsterdam FC made the same decision for their match in Chattanooga.  Both matches were postponed.

Before tonight’s match, the standings were: 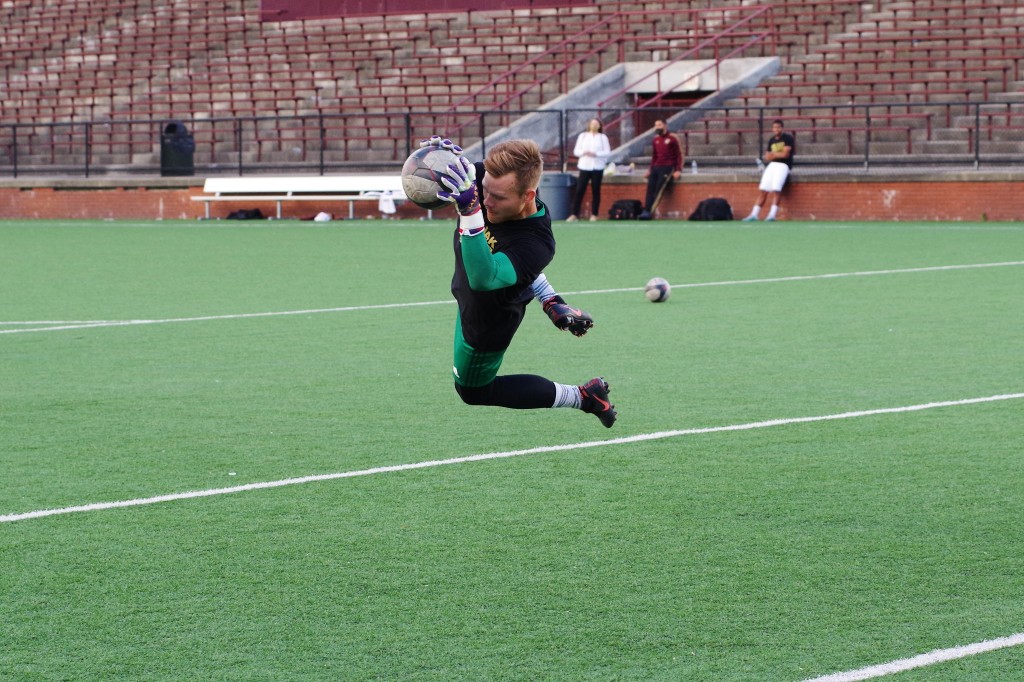 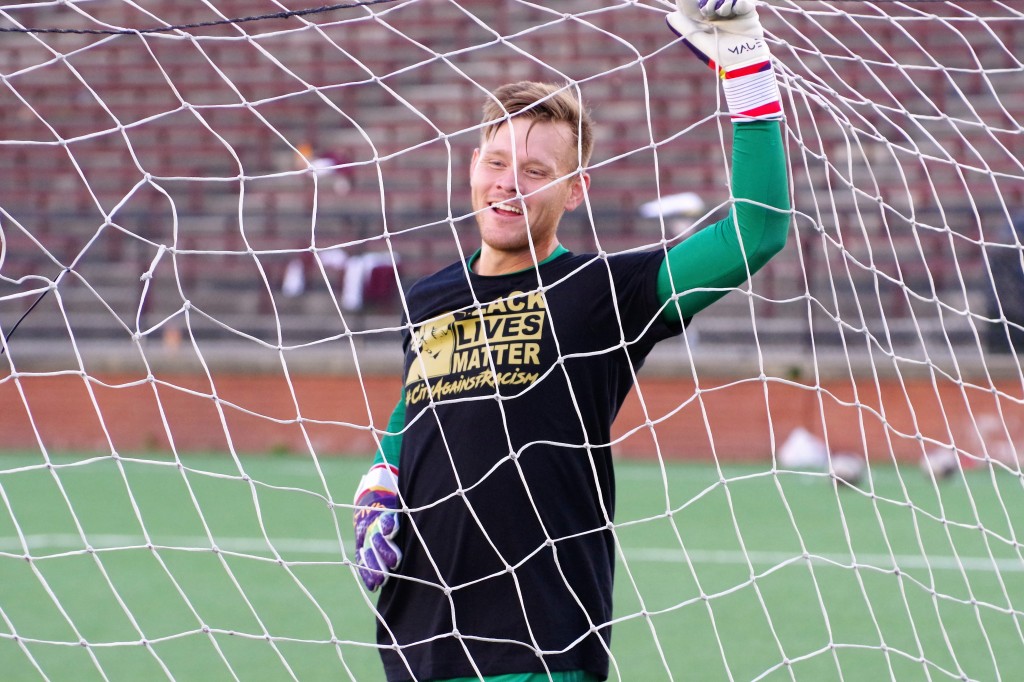 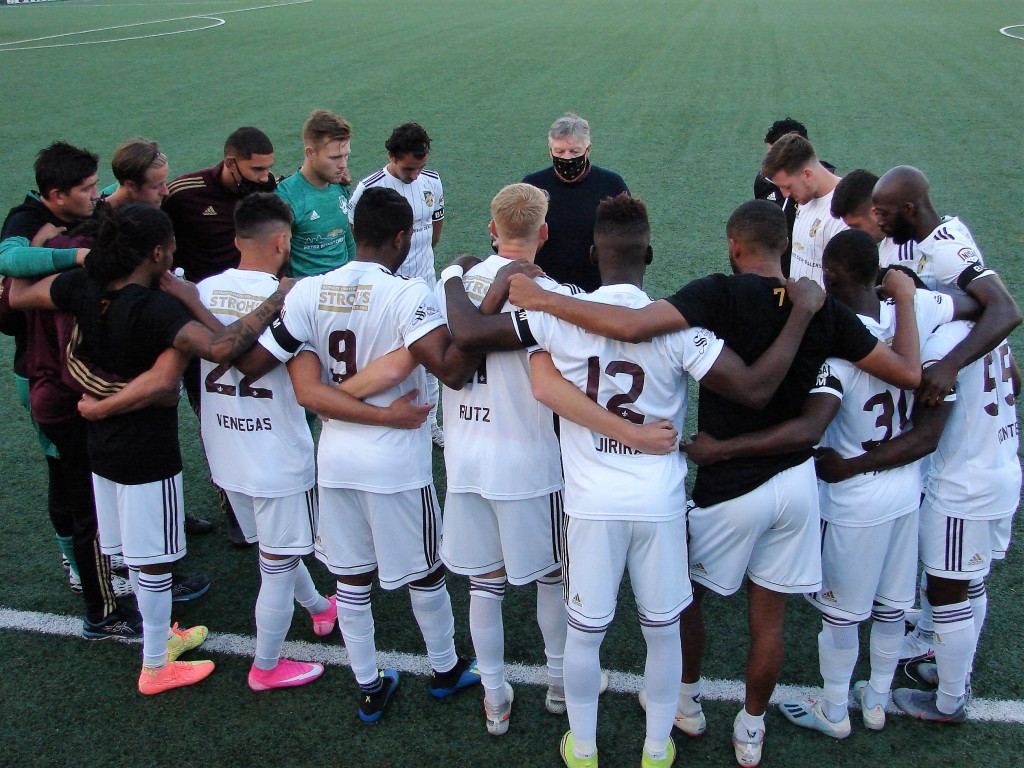 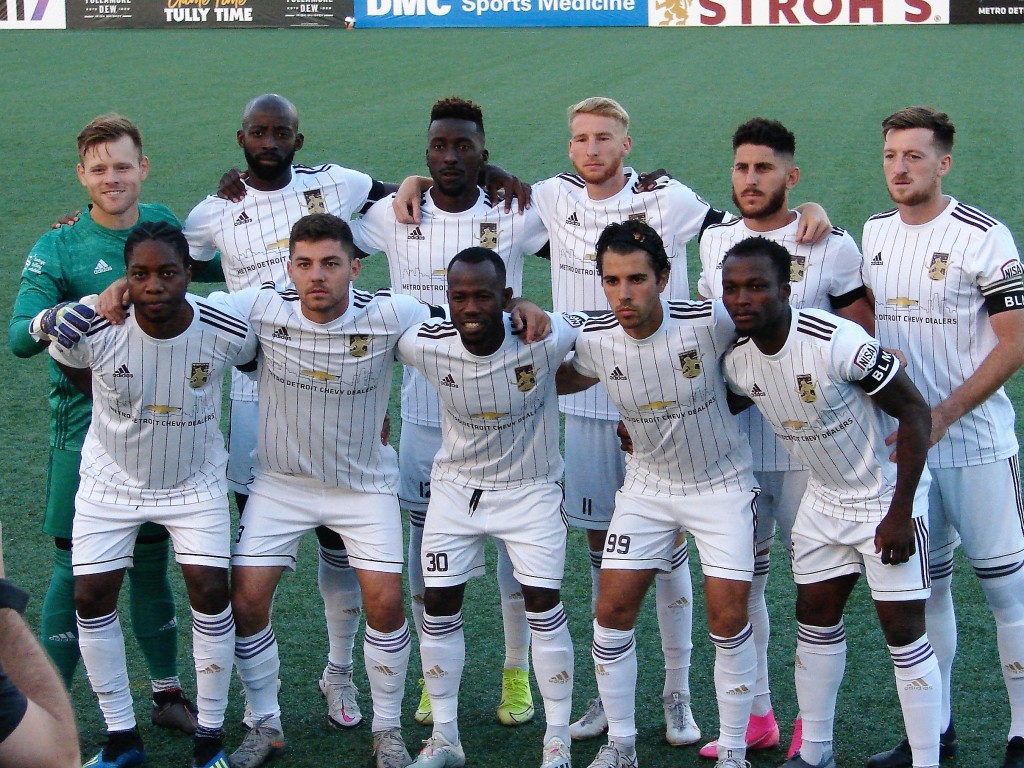 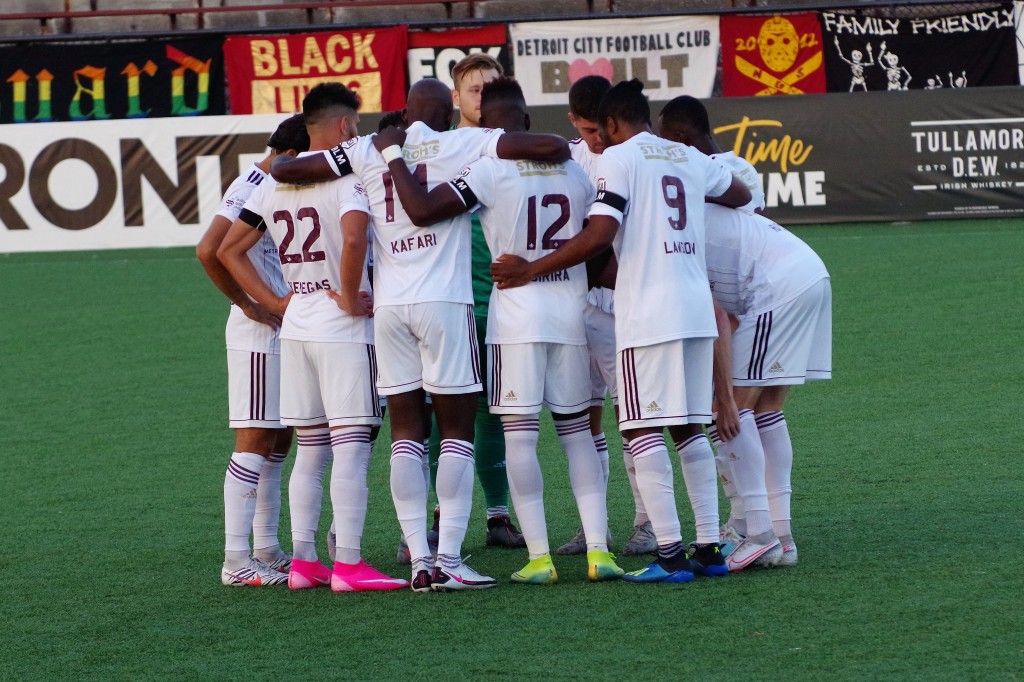 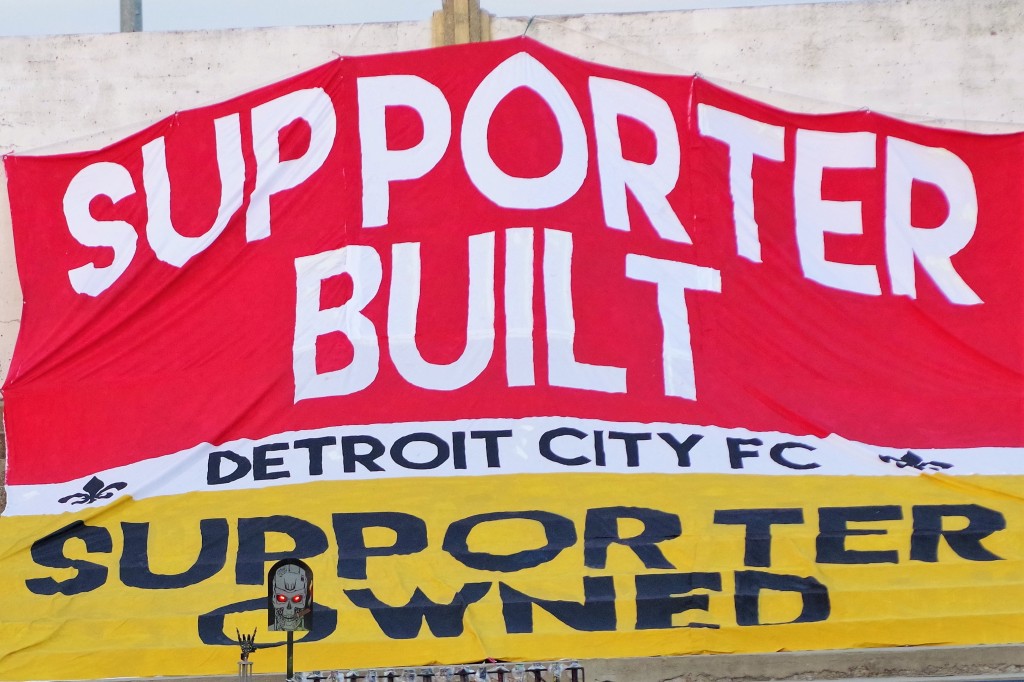 The first thirty-seconds of the match, everyone took a knee for racial justice. 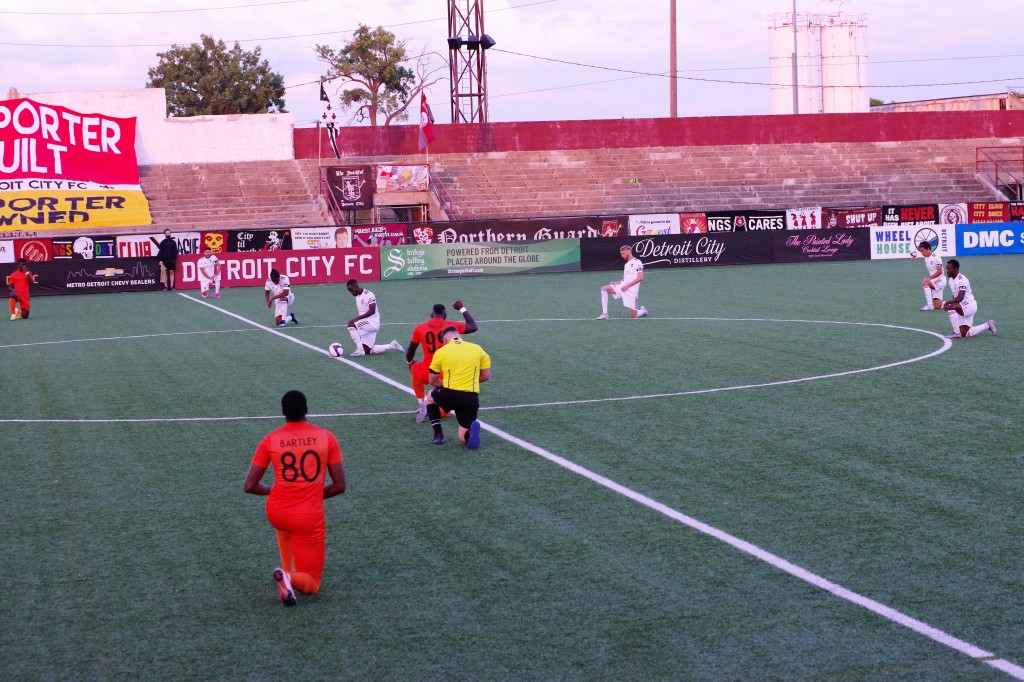 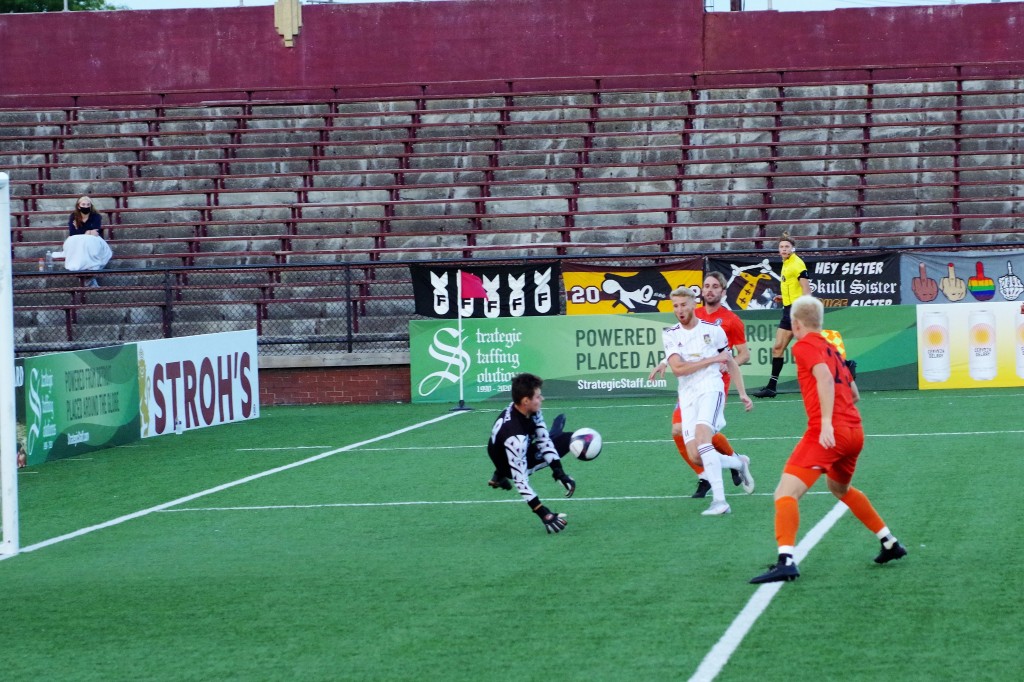 In the 7th minute, Connor Rutz opened the scoring. 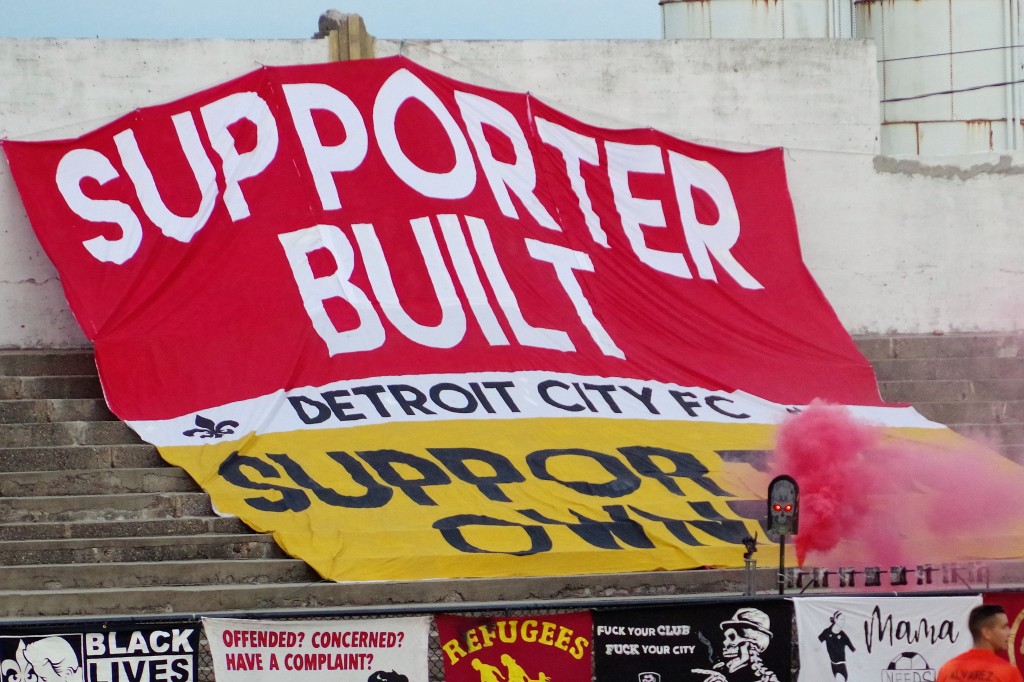 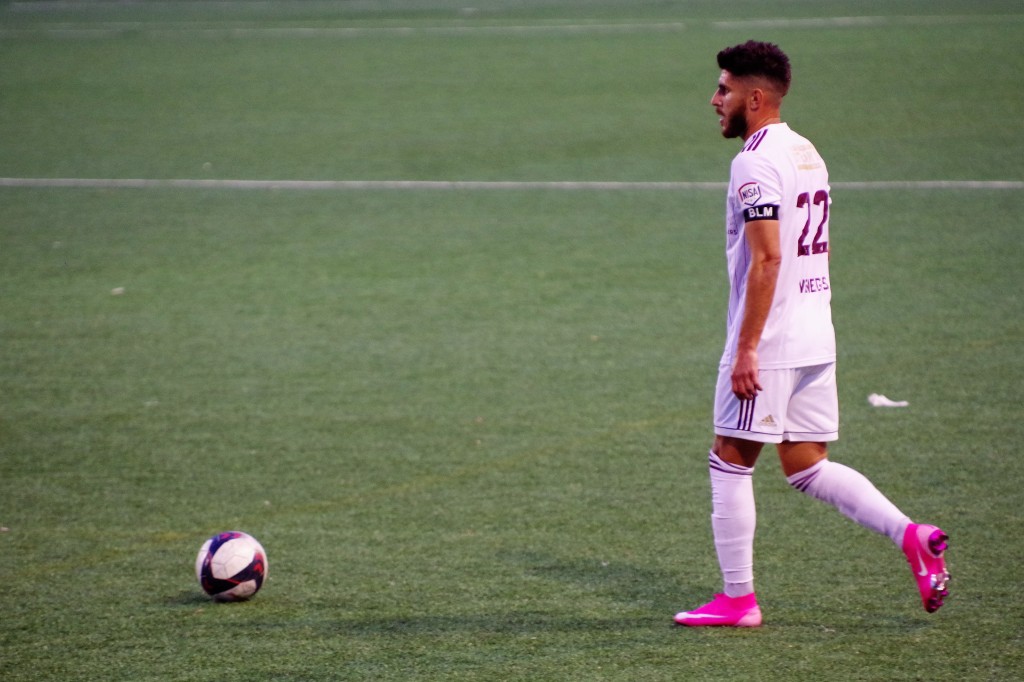 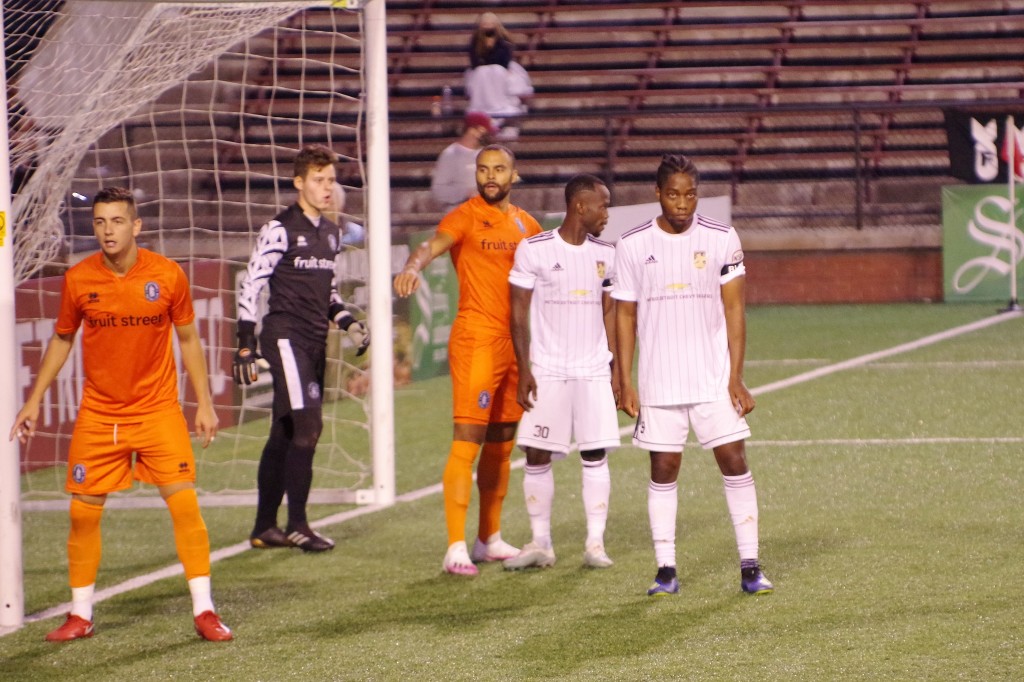 Five minutes before the close of the first half, Mahmoud Keita earned his second yellow card (which could have been a straight red) with a nasty tackle on George Chomakov, sending Keita to the showers early, and giving City an 11-10 man advantage. 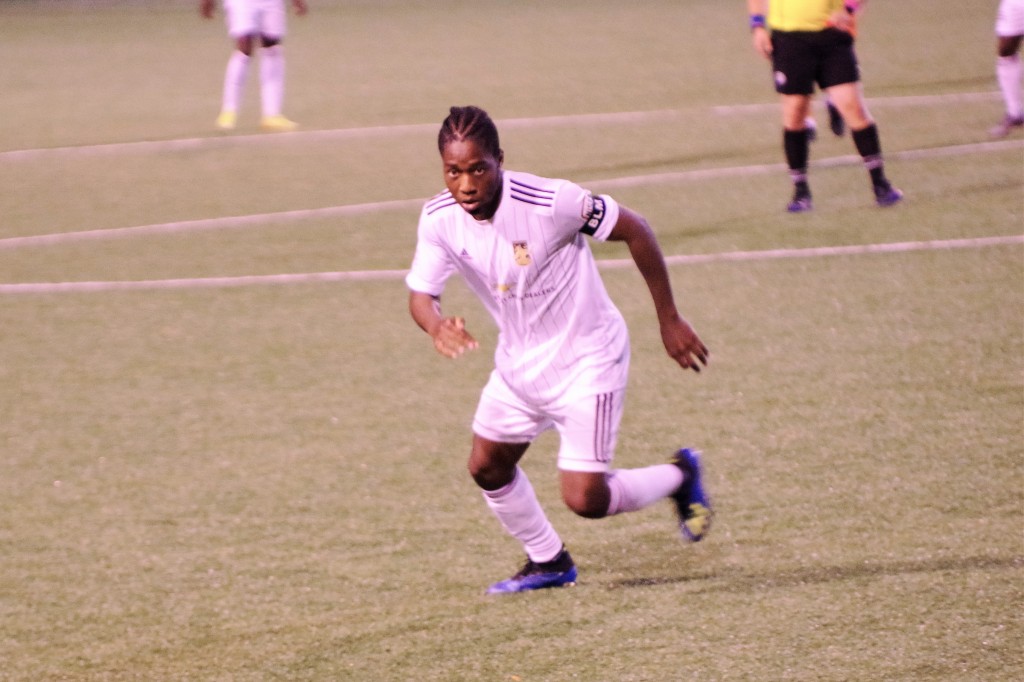 At the 61st minute, Elijah Rice pushes through a ball to Connor Rutz to score his second of the match. 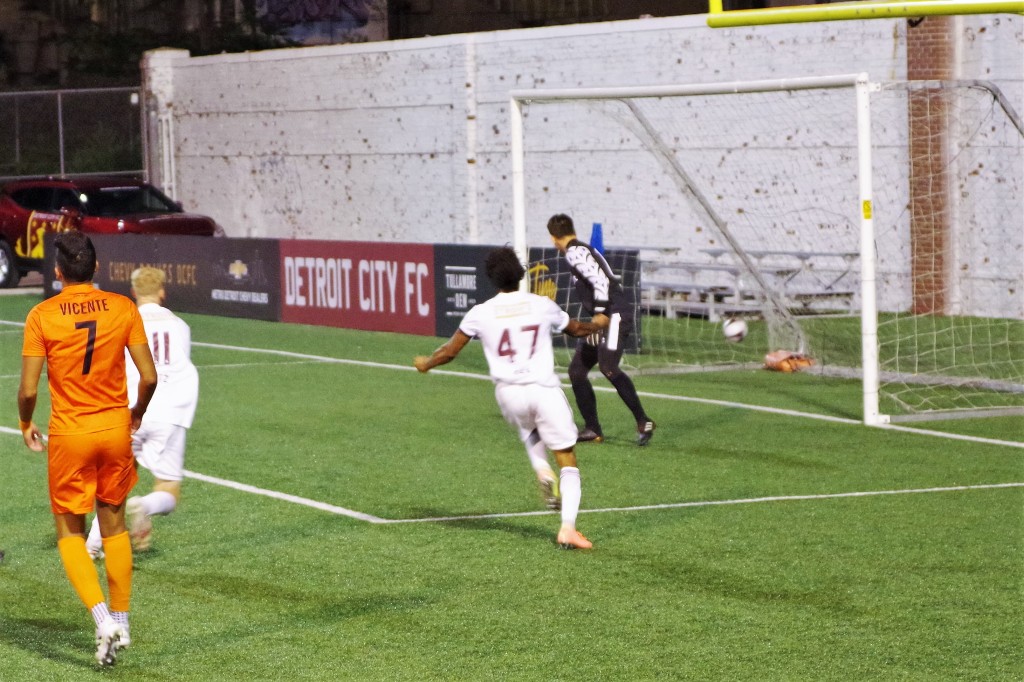 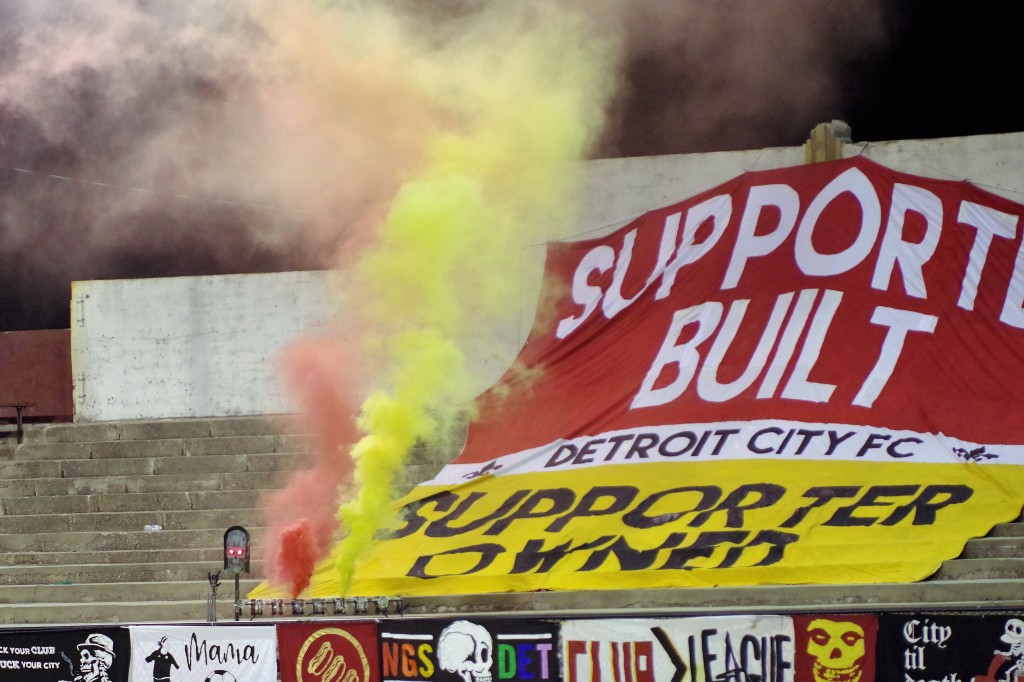 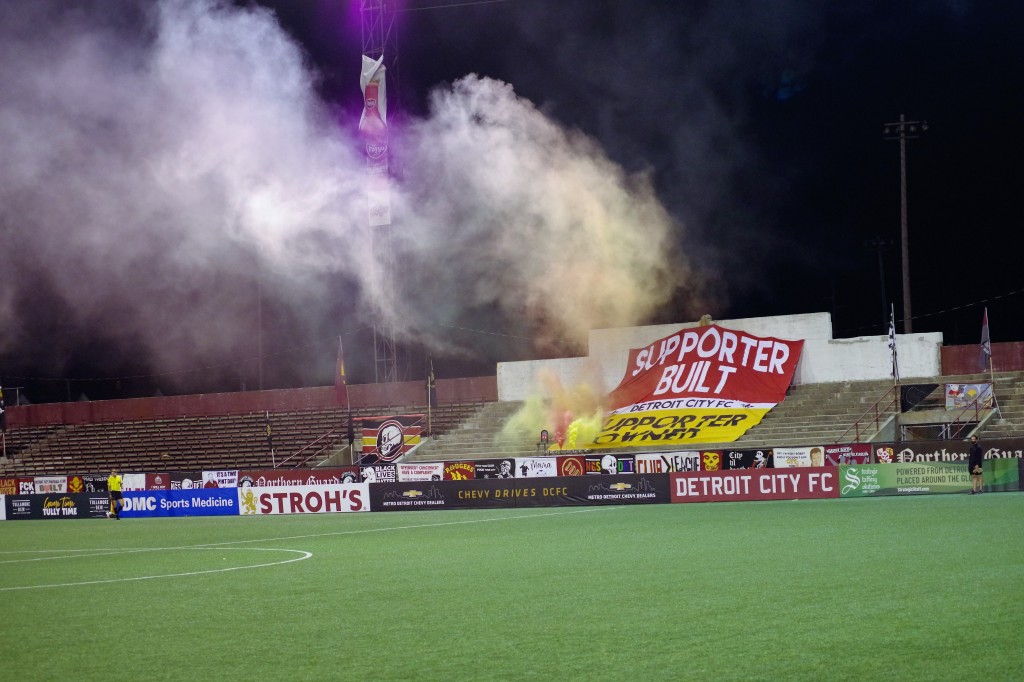 The match continued its chippy attitude.  Elijah Rice was shown a straight red card in 72nd minute, and Oluremi Williams of New Amsterdam was carded in the 82nd minute after a high kick to the chest of Ibrahim Conteh. 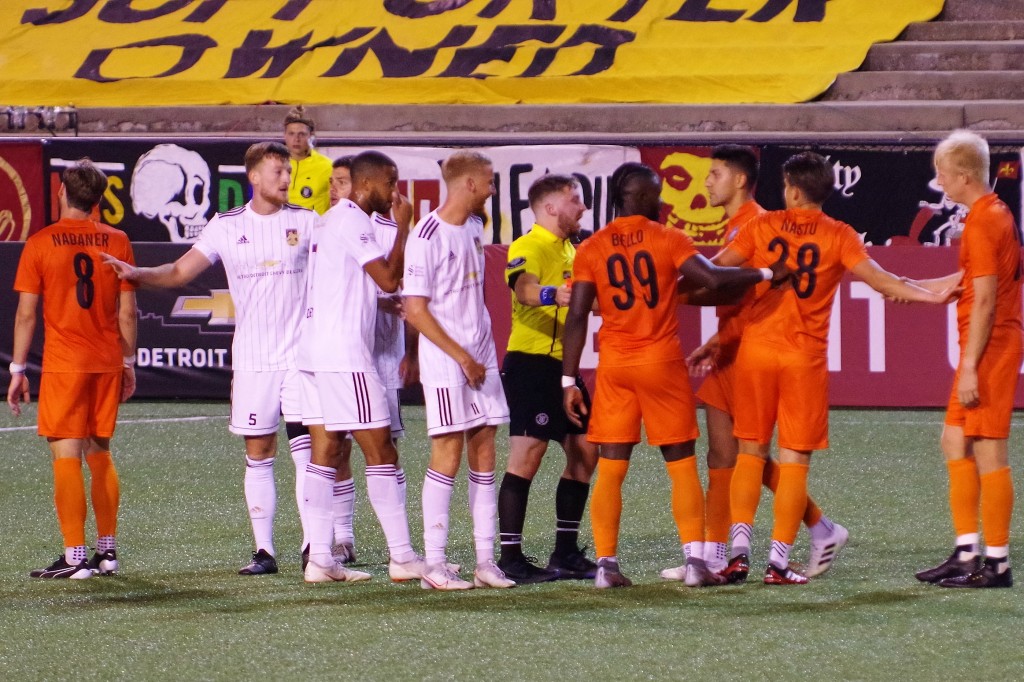 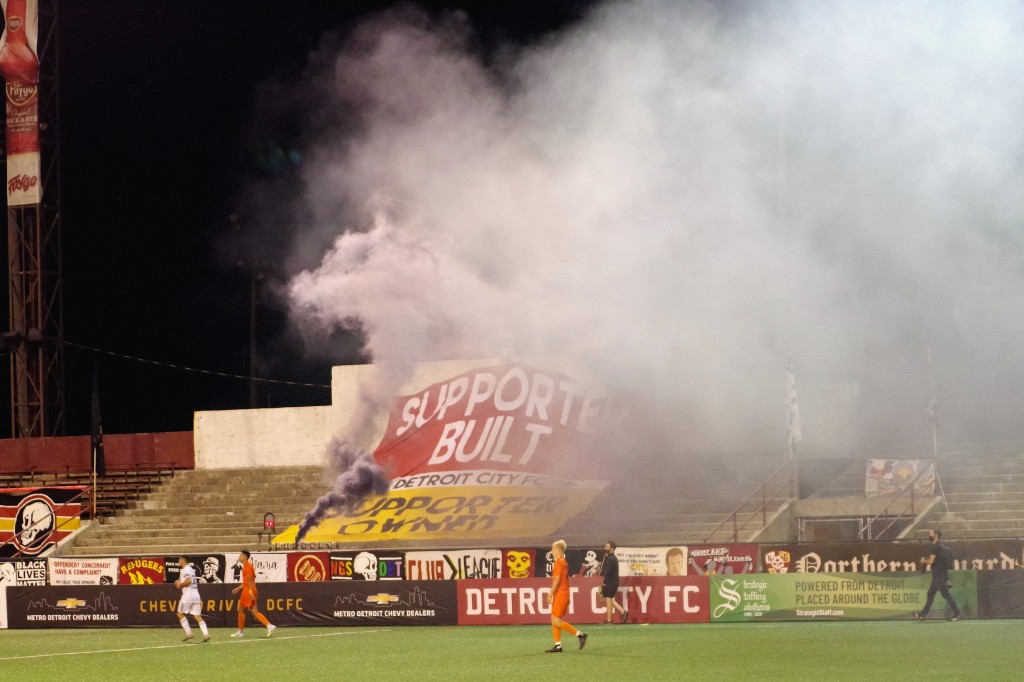 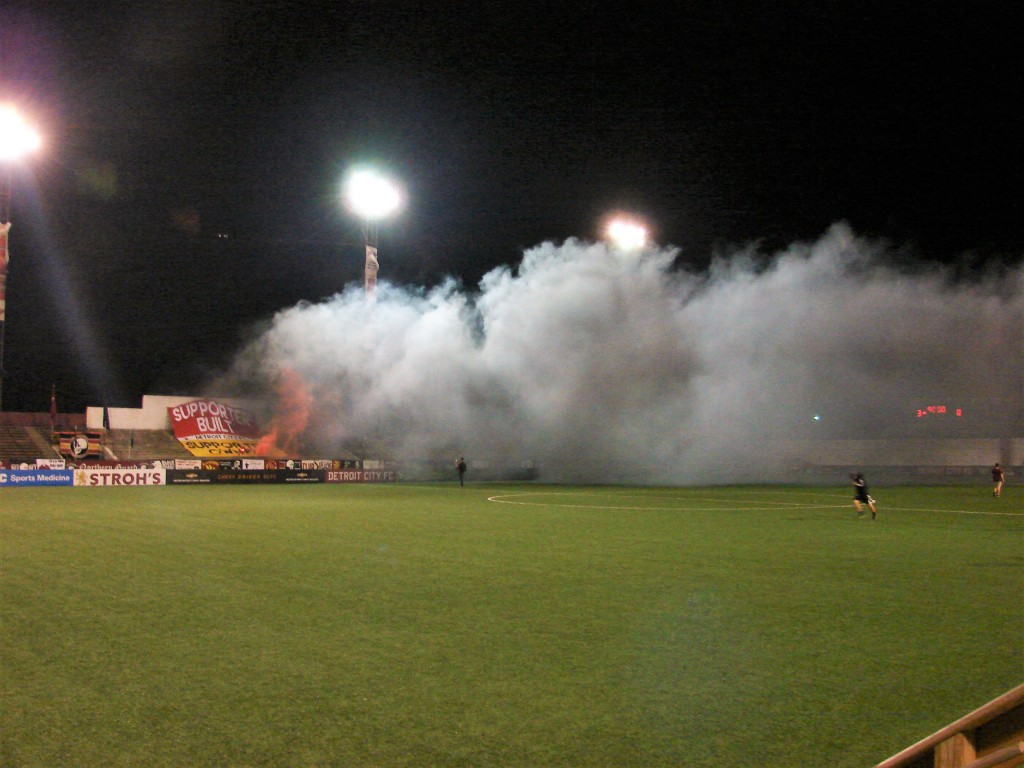 The 3-0 victory moves City up the table ahead of the rescheduled New York Cosmos match to come on Wednesday, September 9th.