They say that one should not discuss sex, politics, and religion in polite company.  Well, I already broke the rule by reviewing Buddhist books and books by Buddhist writers earlier.  So, yes, I’m going to occasionally review books of a political nature, starting with this Bernie Sanders collection.

The videos and photos were taken at a Bernie Sanders presidential campaign rally at Eastern Michigan University in Ypsilanti, MI on February 15, 2016, and at the Macomb County Community College in Warren, MI on March 5, 2016.   The EMU Convocation Center seats 9,000, and Bernie spoke to a capacity 9,394 crowd on this Monday afternoon, and between 3,000-4,000 (by my estimates) in Warren.

And, in full disclosure, I am supporting Bernie Sanders’ campaign for United States President.  All that said, on to the books.

Starting with Ted Rall’s book, Bernie (Seven Stories Press, 2016) because it is the most recent book I’ve read.  Rall not only reveals Bernie’s personal story, but how the Democratic Party moved to the right since the 1972 landslide victory of Richard Nixon over George McGovern.  This move away from the progressives, coupled with Reagan’s trickle-down economics, resulted in policies which grew the military industrial complex, shipped manufacturing jobs overseas, depressed middle class wages, increased incarceration and prison-building, and removed restrictions on Wall Street and banks.  The Democrats kept progressives at bay, providing a lesser-of-two-evils choice for their vote.  Then Rall gets into Sanders’ personal history, wrapping up with how Sanders offers the progressive wing of the party a legitimate voice during this year’s campaign.  This well-researched and reasoned book comes in a condensed form at a time when many who may not know about Bernie Sanders can quickly understand his origins and how so many, like myself, have come to rally for the Independent Senator from Vermont to create a country for We, the People, instead of for the corporations and wealthy.

The Speech: A Historic Filibuster on Corporate Greed and the Decline of Our Middle Class (Nation Books, 2011) is the verbatim, eight-and-a-half hour, 255-page speech Senator Bernie Sanders delivered on the floor of the US Senate on December 10, 2010, to filibuster a tax bill that President Obama and Republicans agreed to which would cut taxes for the rich, once more.  It was an epic moment, with President Obama calling a press conference to draw attention away from the marathon recitation by Senator Sanders.  This is not a filibuster in which the Senator read the phone book or other time-killing trivial matters, but a full-on rant on how these tax breaks would widen the gap between the wealthy and the rest of us, on corporate greed, and money in politics, and how it all has had a negative impact on the citizens of this country.

Bernie Sanders : In His Own Words (Skyhorse Publishing, 2015) is a collection of Bernie Sanders quotes on a variety of topics such as the Economy, Jobs and Wealth Distribution, the Environment, Equality, Health Care, Criminal Justice, and more, compiled by Chamois Holschuh, with illustrations by Walker Bragman.

For something a little deeper into the political platform and philosophy of governance, then The Essential Bernie Sanders and his Vision for America (Chelsea Green Publishing, 2015) by Jonathan Tasini is what you’re looking for.  Again, each chapter is broken down topically based on the issues.  Tasini explains, in the Preface that…

(t)he goal of this book is to present to the country, in a succinct way, Bernie’s authenticity and his accomplishments, a vision that he believes is a winning agenda because it exactly reflects, whatever labels one sticks on the messenger, the desires and beliefs of a majority of people.

On the shelves of your local bookstore you should be able to find Outsider in the White House (Verso, 2015) by Bernie Sanders with Huck Gutman.  It is an updated edition of the 1997 Verso autobiography of Sanders, Outsider in the House.   Here, the Independent Senator from Vermont tells his life story.  The new material is an afterword written by John Nichols, Outsider in the Presidential Race.

Avoiding books on religion, politics, and sex is shunning a multitude of thoughts and ideas that inspire and guide us in the practice of life.  Choosing to ignore the discussion of them does a disservice to the exchange of ideas.  I’m sure there will be more future books on religion and politics on this site.  And maybe some sex, too.  Why not hit the trifecta, eh? 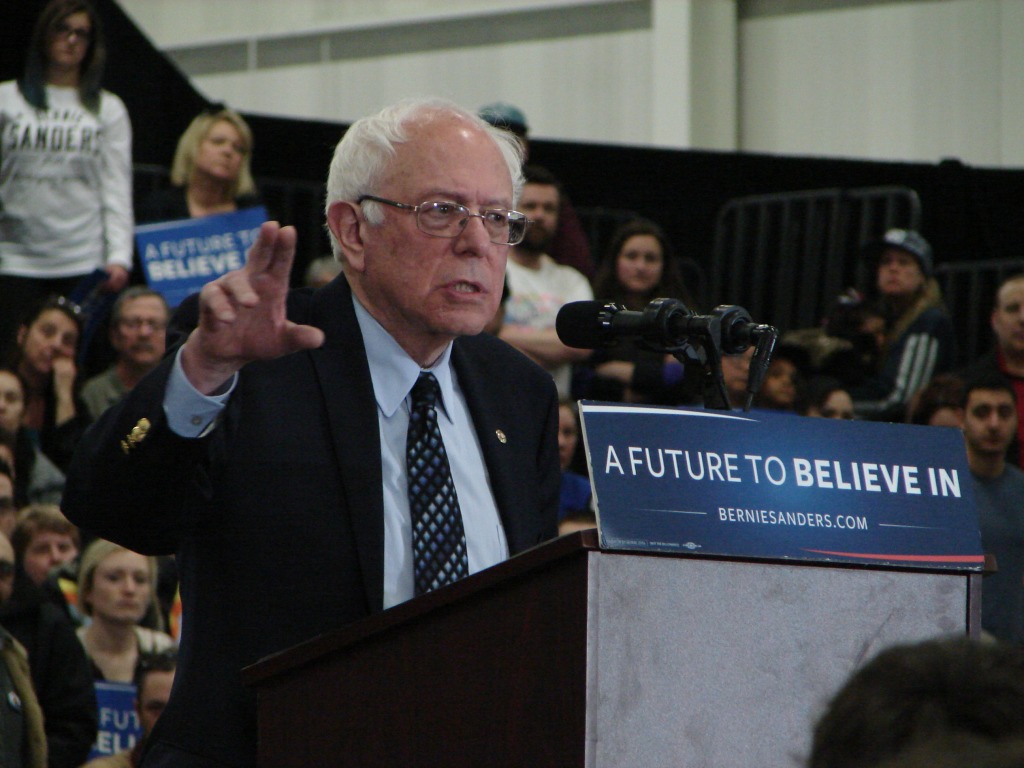