At some point in 2015, I started to draw neighborhood squirrels to the window ledge of my home office.  I photographed them upon their visits, and posted them occasionally to my Facebook page.  Because I also captured the images of other wildlife on the property – such as toads, frogs, birds, and rabbits – a couple of friends suggested that I write a children’s book, using my photographs of the critters as the characters.  Personally not drawn to the idea, I still shot the visitors that helped themselves to the peanuts I’d sprinkle on the window sill.

Toward the end of 2016, I posted a photo of one of the many squirrels that had visited that morning.  In the caption, I wrote something like “It’s a busy morning at the Peanut Ledge Cafe.”  The post received several ‘likes,’ not only for the photo, but for naming the window sill the Peanut Ledge Cafe.

The idea took root.  I have many friends on Facebook, some of whom are not thrilled about these furry neighborhood roamers.  On February 6, 2017,  I decided to create a Facebook page dedicated to photos and videos from the Peanut Ledge Cafe.

I started identifying regular visitors, and, at the time of this writing almost a month later, I’ve named two of them.  Because I’ve had as many as six squirrels at a time on the property – on the ledge or waiting to dine – I’ve decided that for a squirrel to earn a name, he/she has to become one brave enough to be fed peanuts by hand.  To date, two such squirrels have been identified.

Lefty is a little one with an interesting demeanor.  He/she is a bit aggressive when going after the peanut – even if held in my fingers.  However, Lefty will sit on the ledge when I have the window cracked open (the only squirrel to do so thus far), and will allow me to pet his/her hind leg while eating.

How did he/she earn the name Lefty?  This VIDEO shows why.

Here’s a few photos of Lefty: 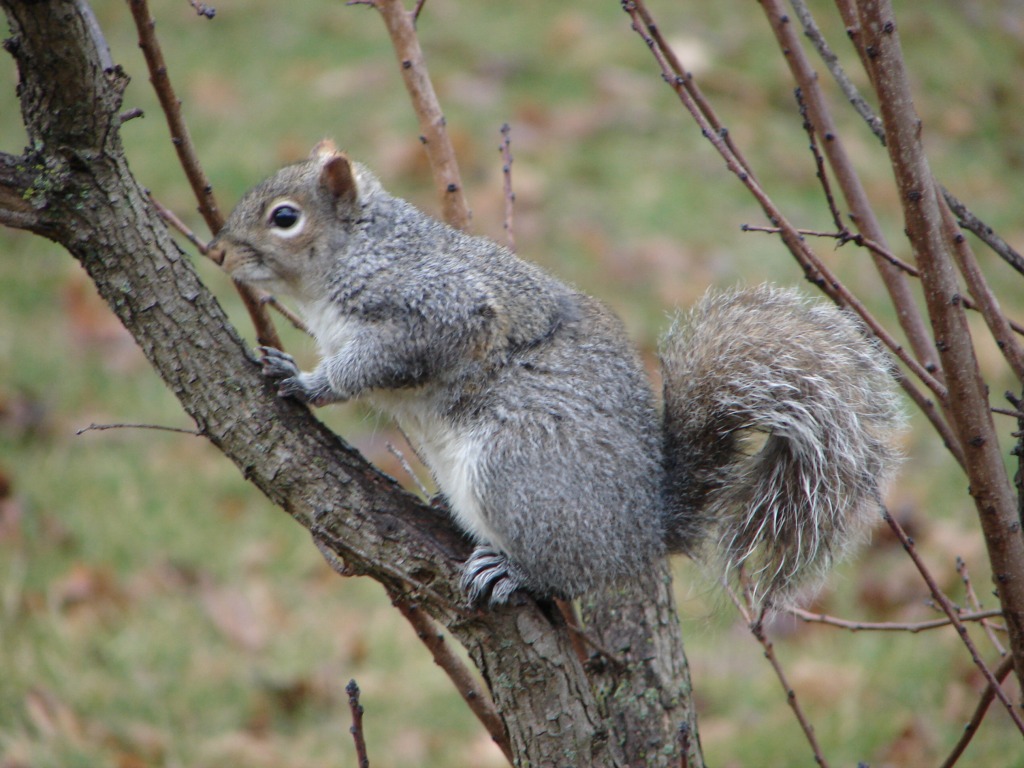 The other named squirrel is Doc.  This one started showing up recently and became easily identifiable by patches of its hair missing.  Speculation from myself and others on the page considered mange, microscopic mites, shedding, or loss due to escaping the grips of a predator as its cause.  Though cautious when I open the window, Doc has realized that the hand that comes out is holding a peanut, and will gently take it.  Once Doc became comfortable with this, he/she can be fed three or four (and probably more, but I have things to do in my office other than hand-feed a squirrel until it’s belly is full), peanuts by hand.

I named him/her Doc after I had come home from a morning in court.  My client was good with how we were going to proceed with his case, however his family were not, and let me know after his case had been called.  I know that I can’t please everyone.  When I came home, Doc was waiting at the window.  I hand-fed him/her four or five peanuts.  Doc’s cautious but gentle appreciation was therapeutic and cured the bad vibes of my client’s family’s reaction.

Here’s a few photos of Doc. 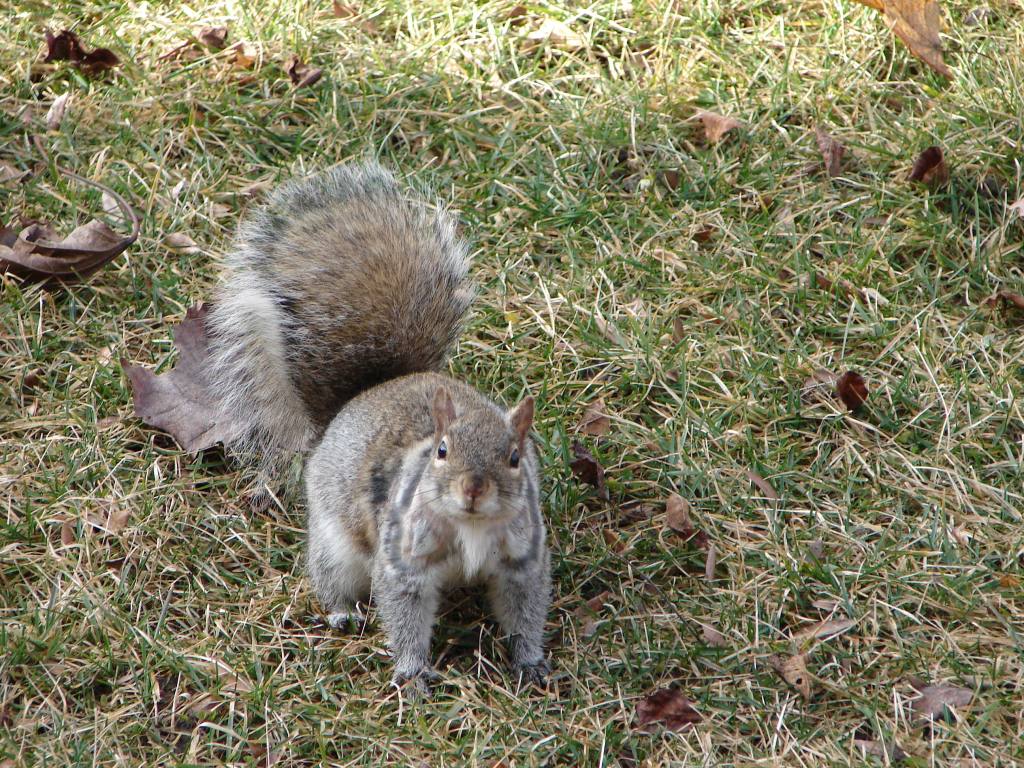 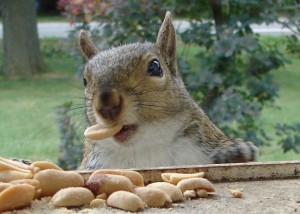 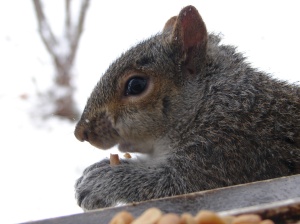 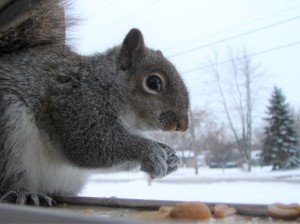 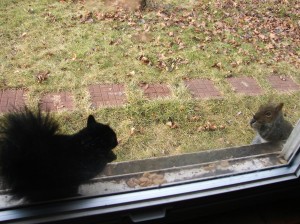 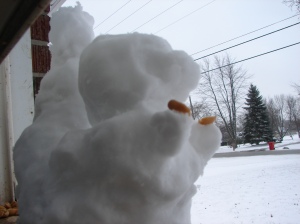 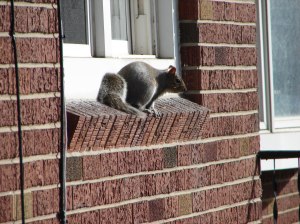 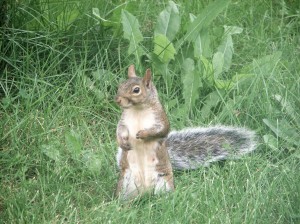 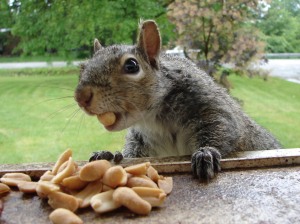