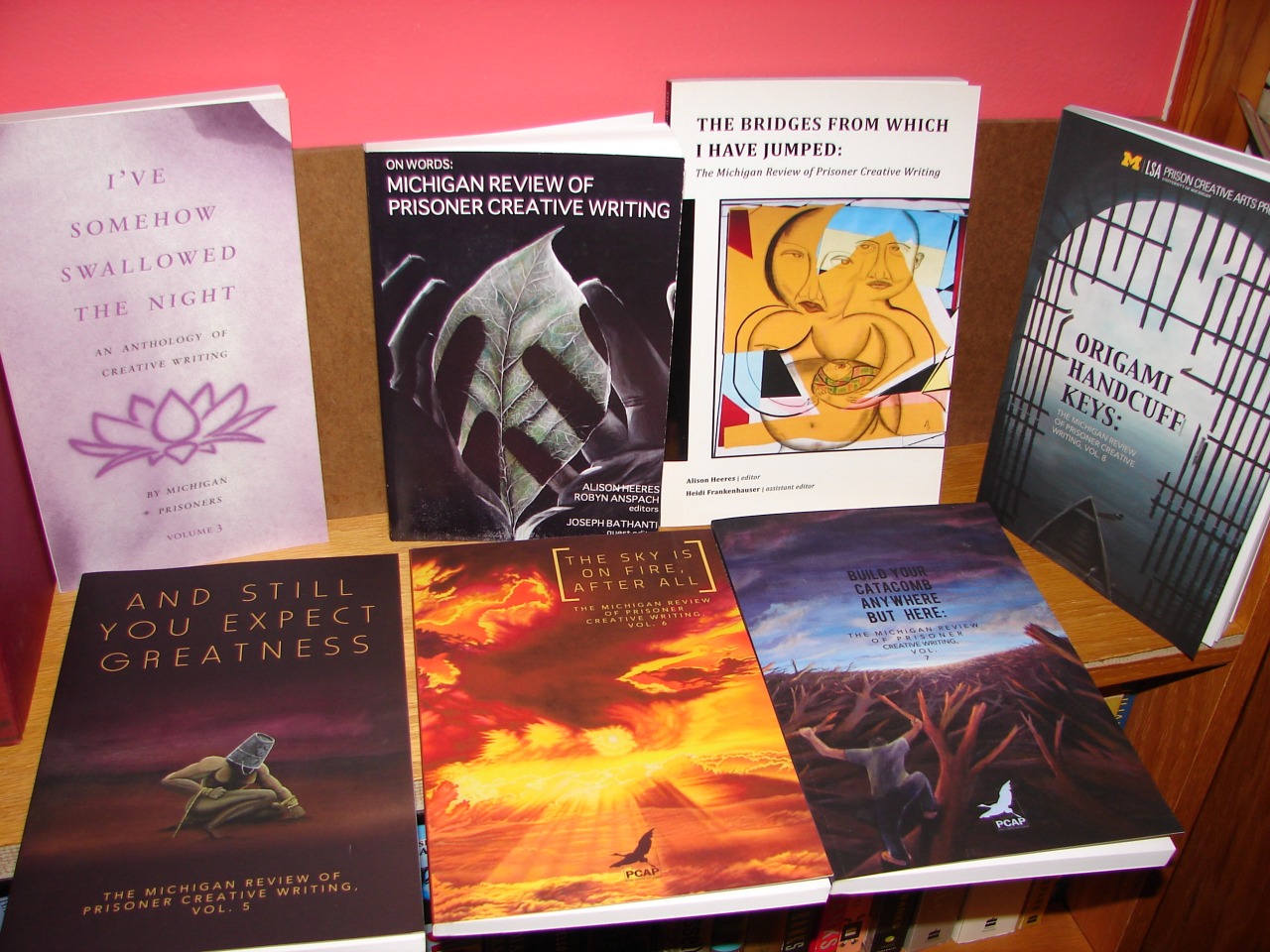 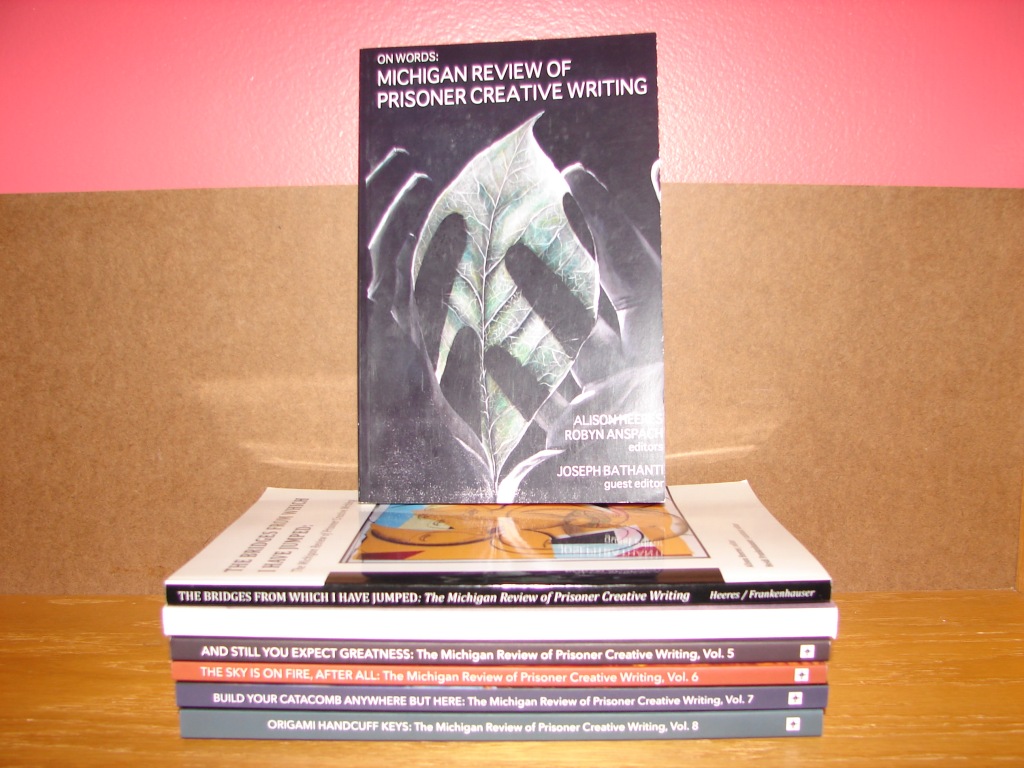 On April 4, 2011, I attended the reading and celebration for the book, I’ve Somehow Swallowed the Night: An Anthology of Creative Writing by Michigan Prisoners (2011).  It was the third annual volume of creative writing published by the Prison Creative Arts Project (PCAP) who “make possible the spaces in which the voices and visions of the incarcerated can be expressed.”  Though the readings consisted of poetry, the anthology included short prose as well.  I purchased it and the previous two volumes:  On Words: Michigan Review of Prisoner Creative Writing (2009) and The Bridges from Which I have Jumped: The Michigan Review of Prisoner Creative Writing (2010).

Flashing forward to March of this year, I attended the Voices of the Middle West festival.  The one-day event was created by Midwestern Gothic literary magazine and partnered with the University of Michigan’s Residential College, to celebrate writers, professors, university and independent presses of the midwest.  At the first festival, in 2014, PCAP had a table, and I was almost able to catch up on the collection, picking up And Still You Expect Greatness: The Michigan Review of Prisoner Creative Writing Volume 5 (2013) and The Sky is On Fire, After All: The Michigan Review of Prisoner Creative Writing Volume 6 (2014).  (It is my understanding there was an issue with the fourth volume, On the Corner of Nihilism and Hope (2012), making it no longer available.  If you come across a copy somewhere, please let me know).  Last year, PCAP attended the festival again, adding Build Your Catacomb Anywhere But Here: The Michigan Review of Prisoner Creative Writing Volume 7 (2015).

Adding the most recent volume to the collection from this year’s festival – Origami Handcuff Keys: The Michigan Review of Prisoner Creative Writing, Volume 8 (2016) – I finally worked the first volume to the top of my reading list.

Wow.  The prose in On Words was breathtaking.

These short pieces were deep, revealing works of fiction and memoir that pulled back another layer of understanding on some of the clients I represent as a criminal defense lawyer.  And the writing itself was better than some of the things I’ve seen published in other anthologies.

Yes, I am not one for poetry (though the discovery of Frogpond, the literary journal of the Haiku Society of America at the festival has tickled my interest), so I confess to skipping over what might be some very good poems.

In September, 2015, while on the Wayne State University Literary Walk, I heard Jim Reese read from his poetry collection; Really Happy (NYQ Books, 2014).  Reese, an Associate Professor at Mount Marty College in Yankton, South Dakota,  also spoke about a project he worked on as the Writer-in-Residence at the Federal Prison Camp in Yankton, South Dakota.  Afterwards, I spoke with him about it, about my day-job, and he gave me a copy of their recent anthology – 4 P.M Count: A Journal From Federal Prison Camp Yankton (2014). 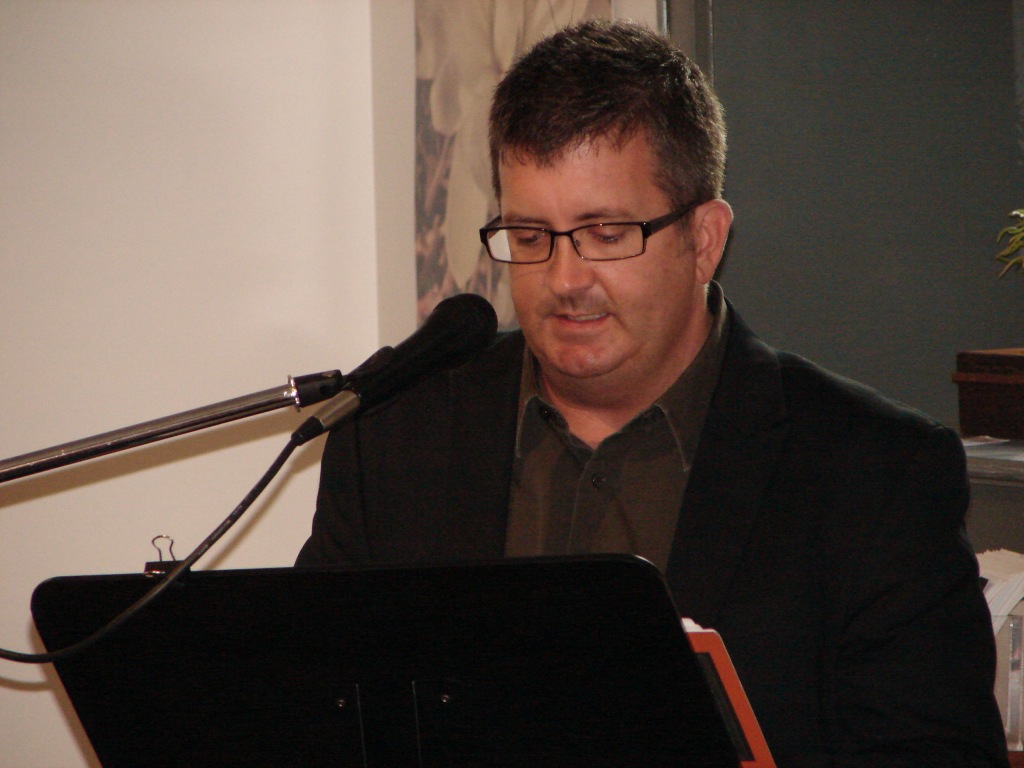 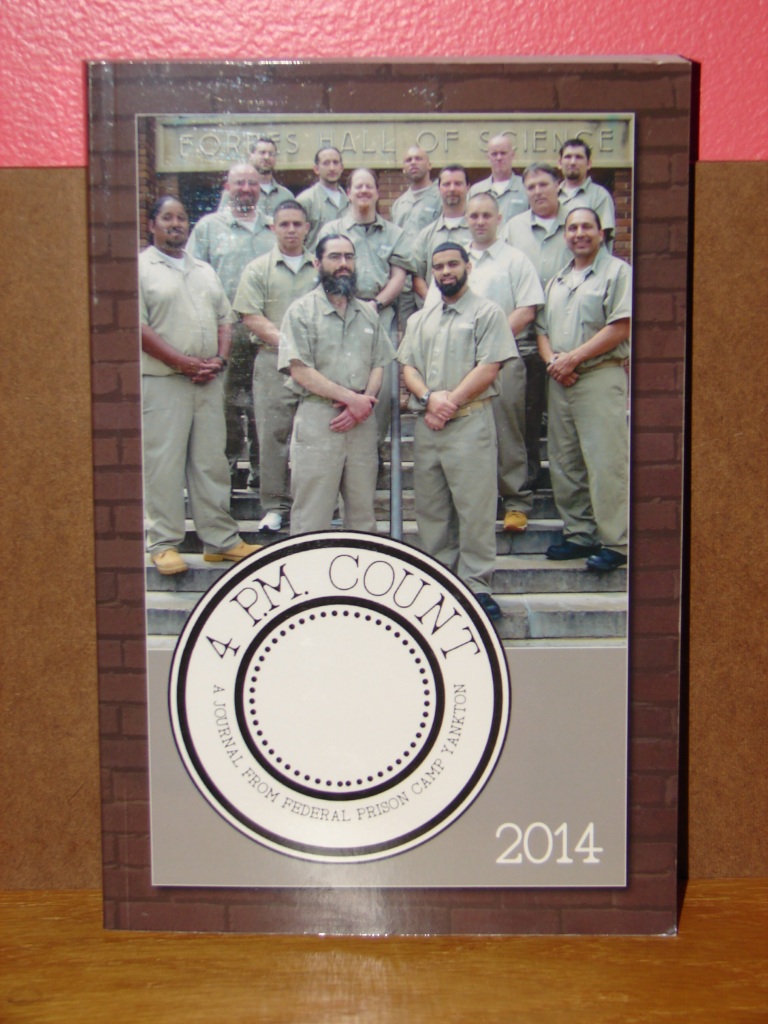 Through art, we explore our shared humanity.  The power of these works do not come from the stereotypical images we have of prisoners and prisons, but rather, humanize the experience of the writers and people behind bars.  Through their writing a human soul is revealed.  Such a publication is subversive to a society hell-bent on considering and treating incarcerated people as “caged animals.”

As I work the rest of these anthologies into my reading list, I’ll share my thoughts on them here.  But by all means, jump ahead of me.  The Voices of the Middle West festival may be over, but you can order copies from PCAP.