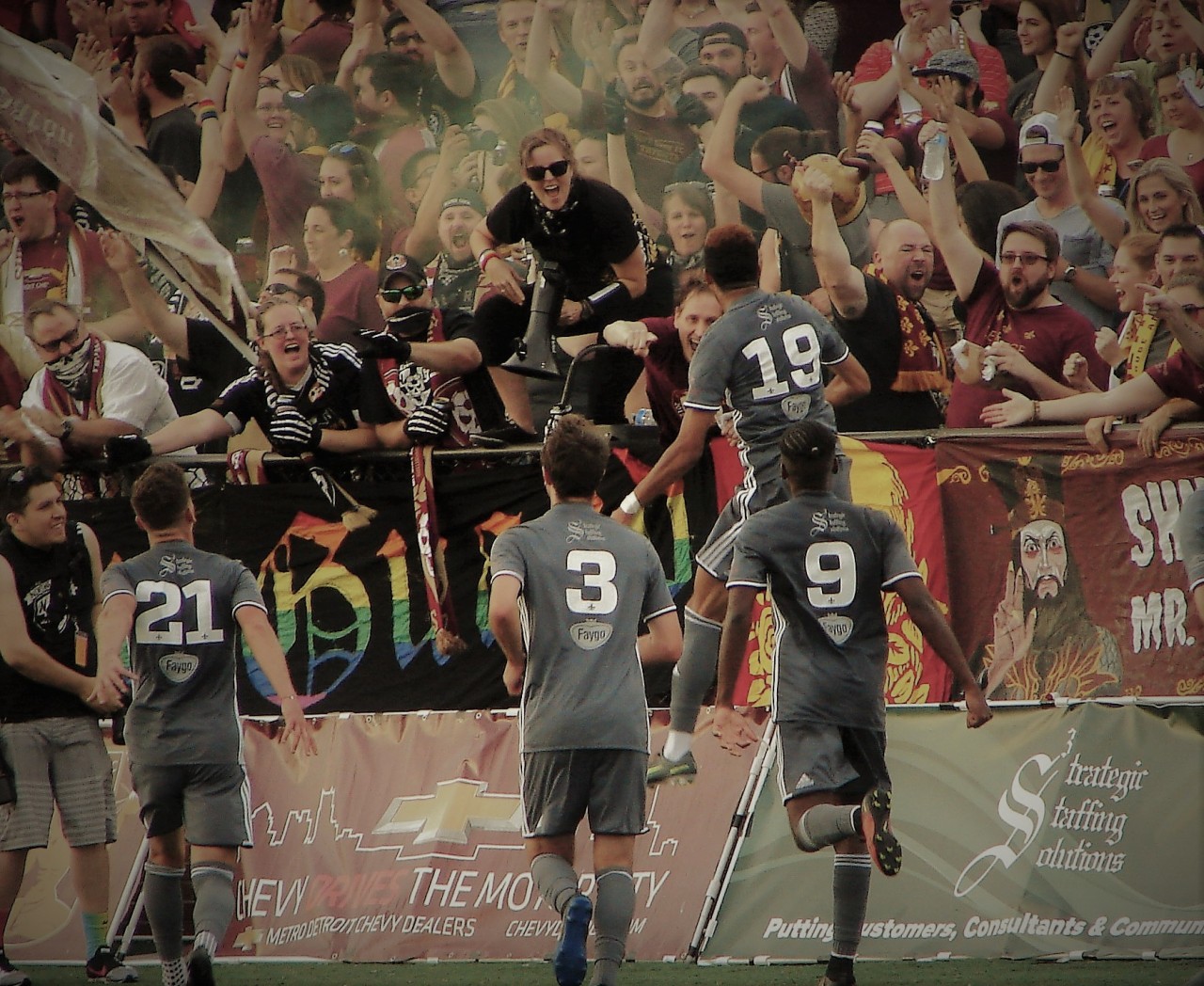 Tonight was City’s annual benefit match.  This year’s recipient being Alternatives for Girls, a nonprofit organization aiding homeless and high-risk girls and young women in avoiding violence, teen pregnancy and exploitation.  The jerseys worn by Le Rouge tonight were auctioned, with the proceeds going to Alternatives for Girls. 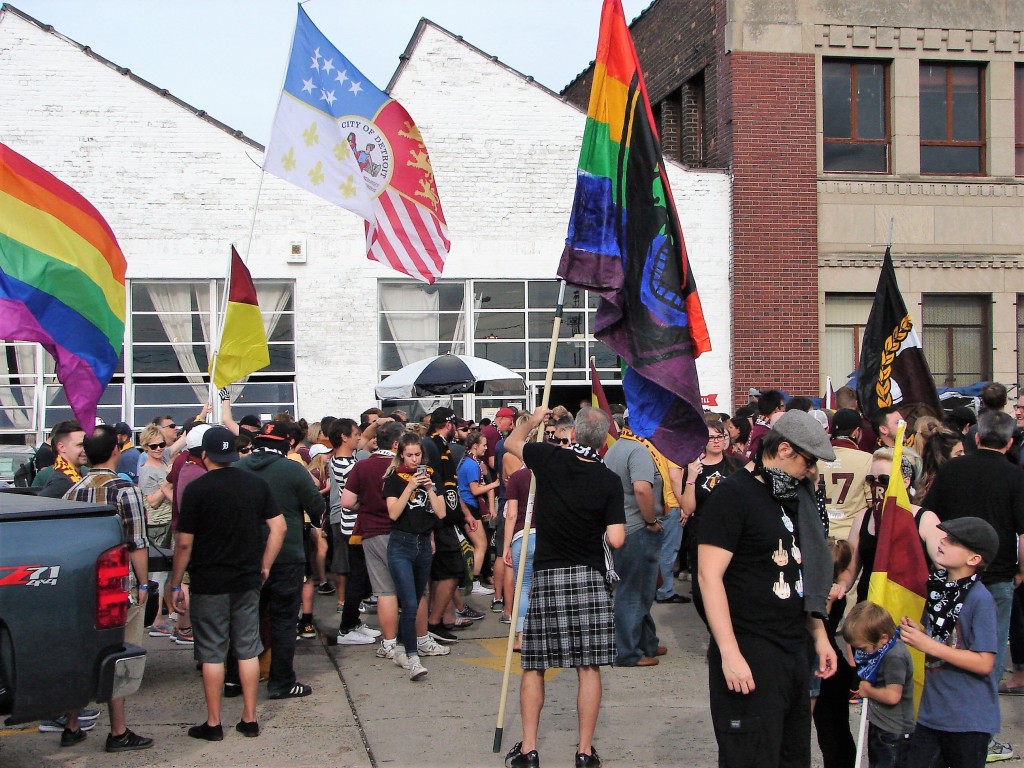 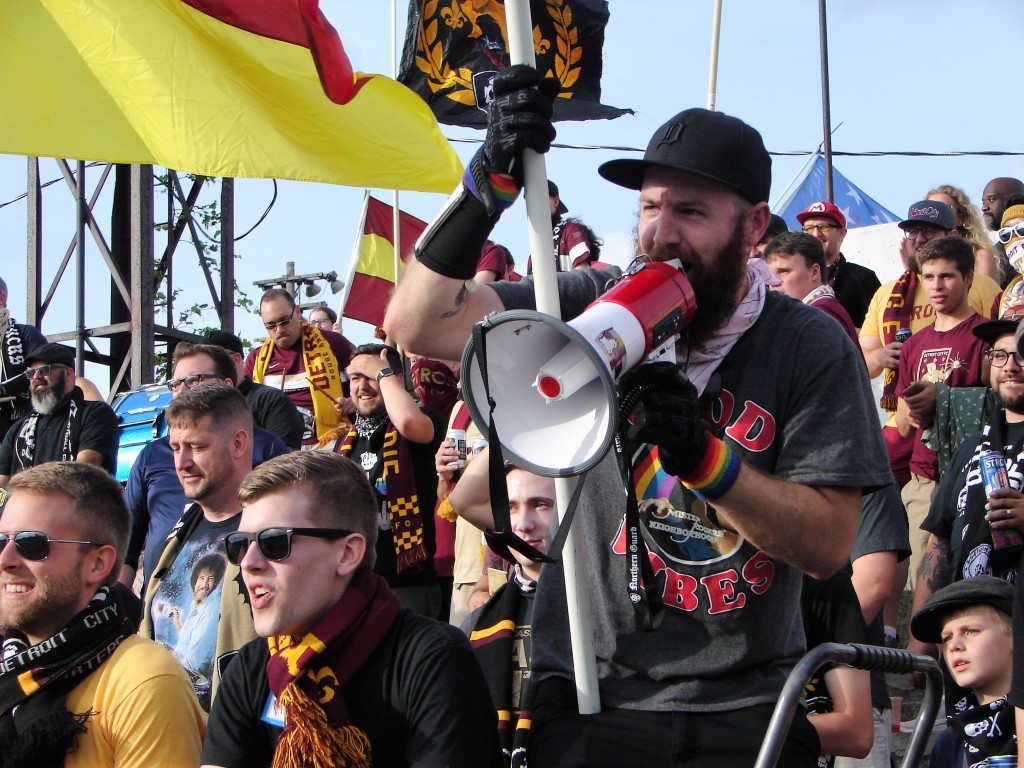 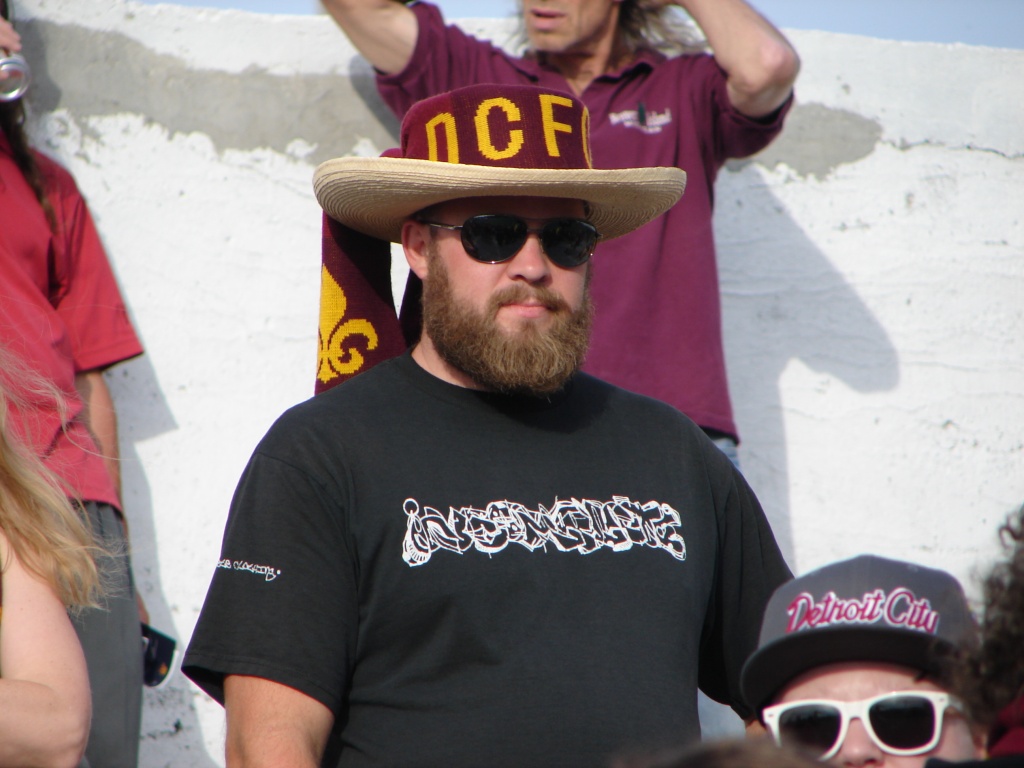 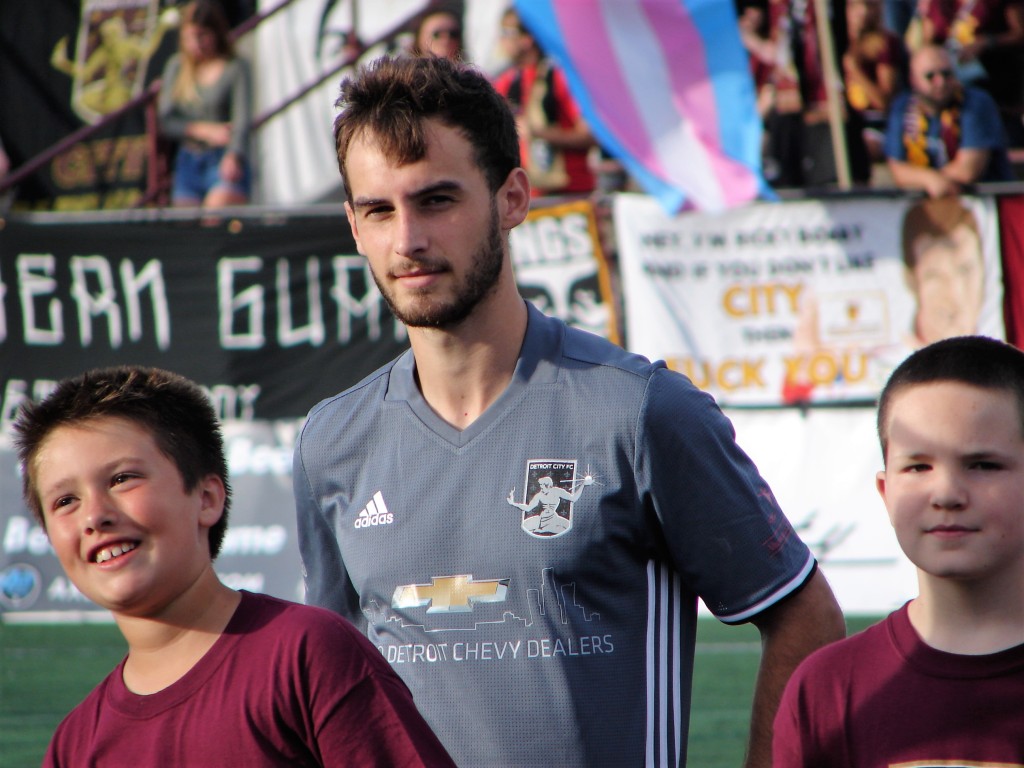 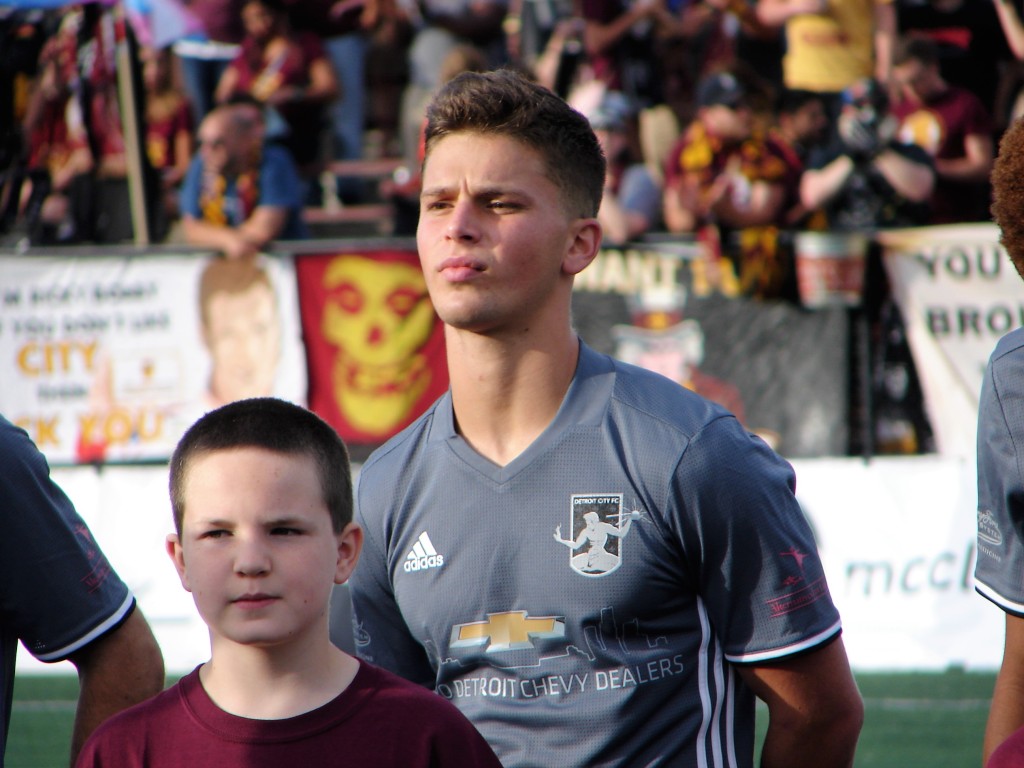 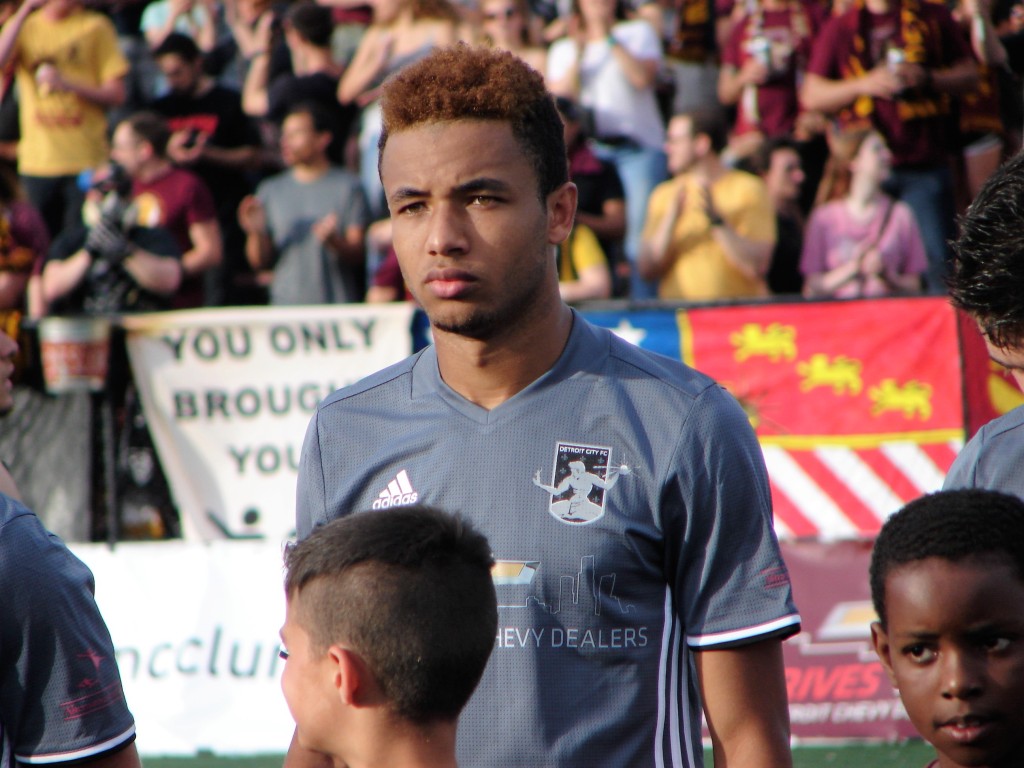 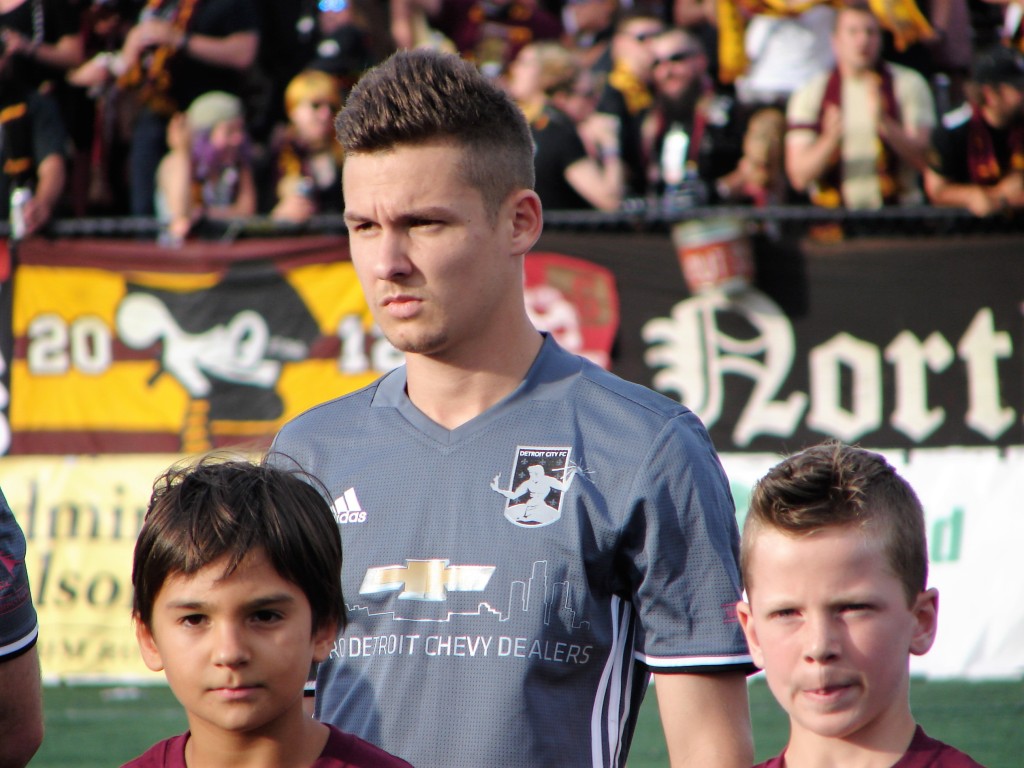 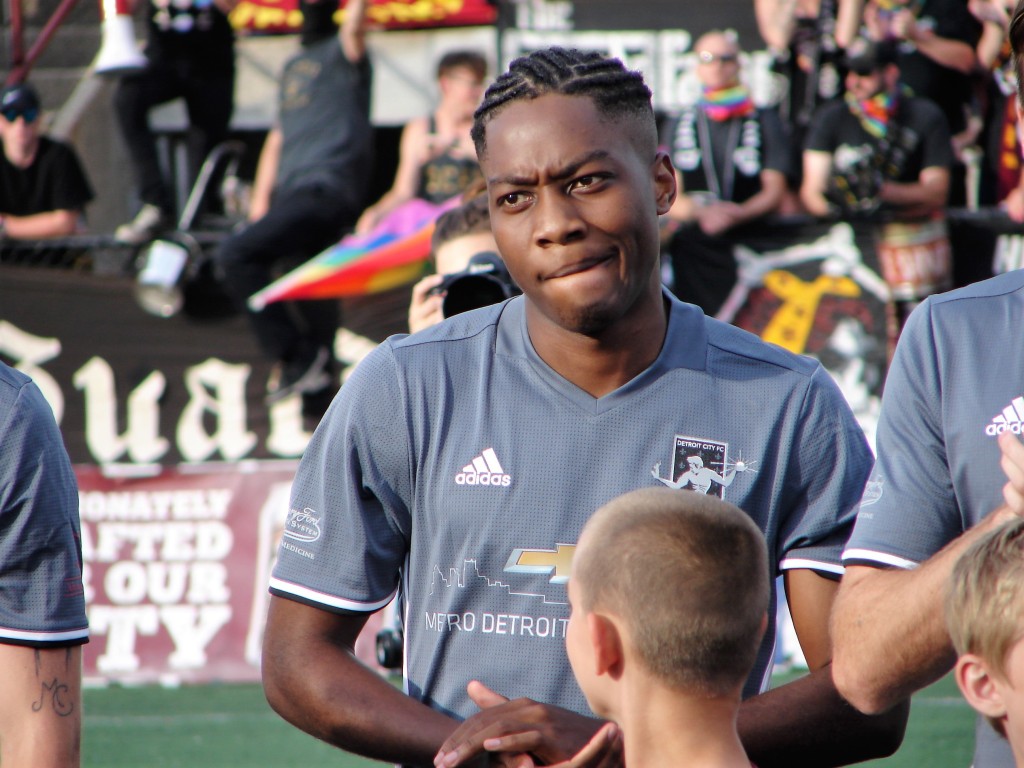 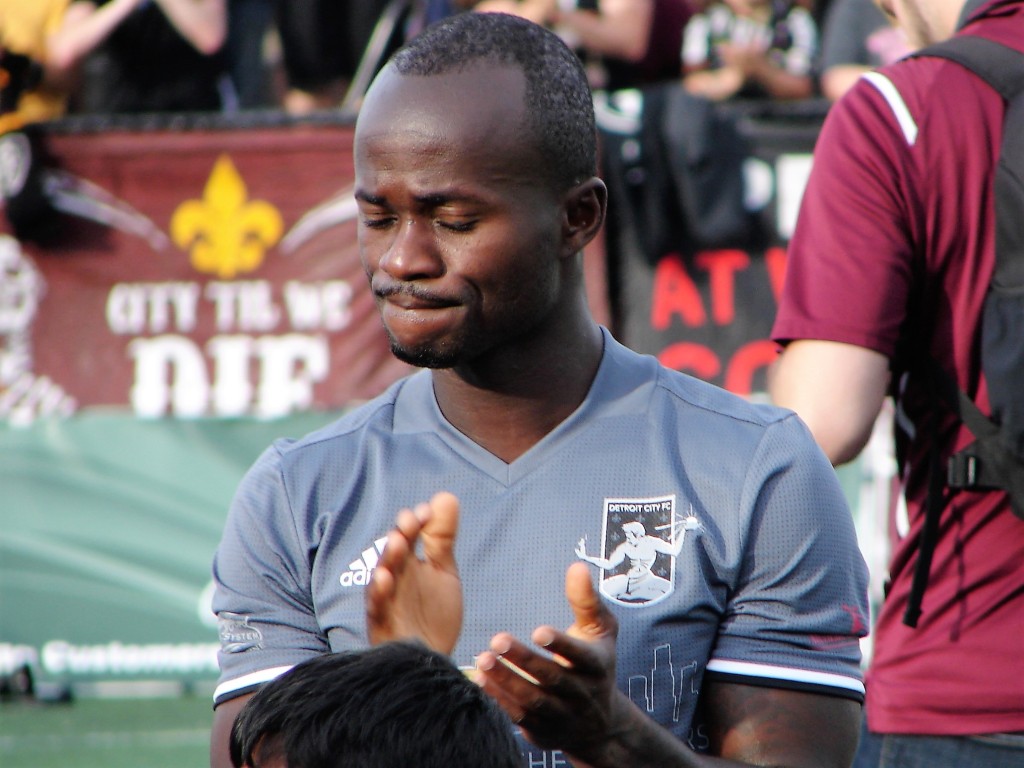 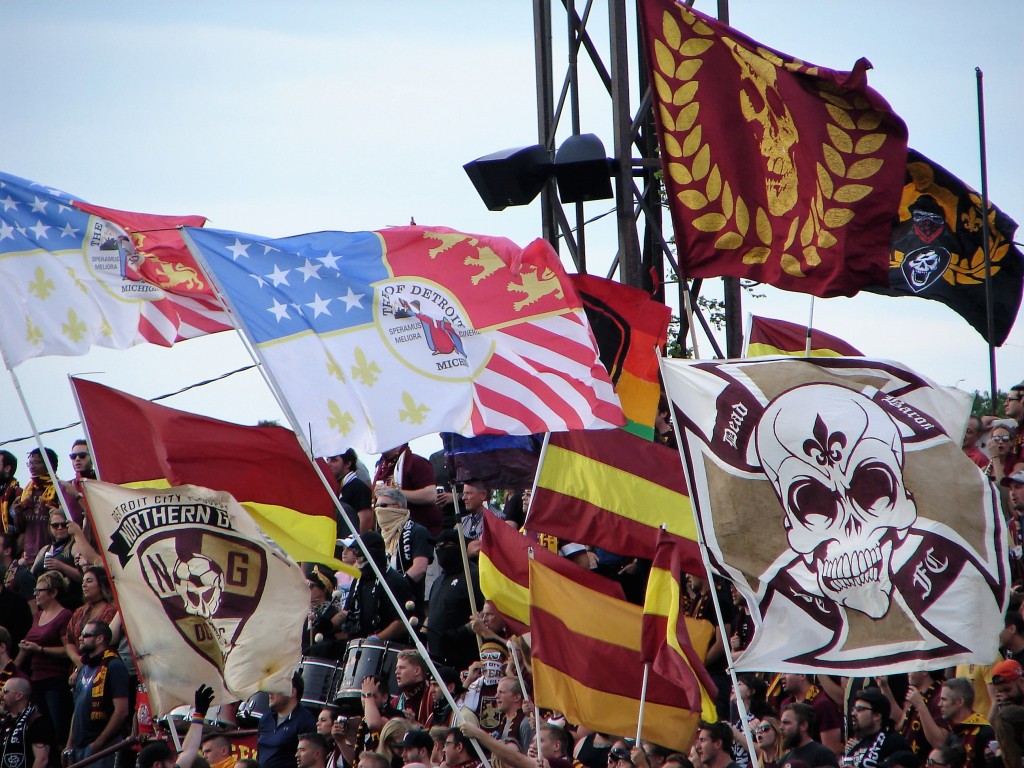 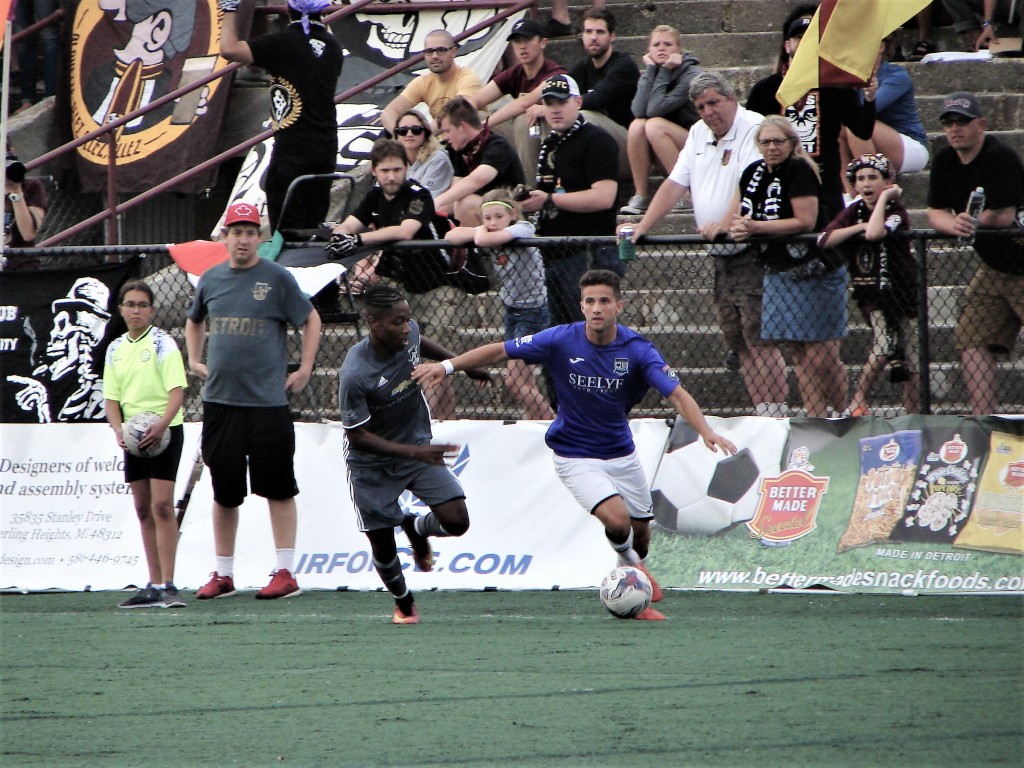 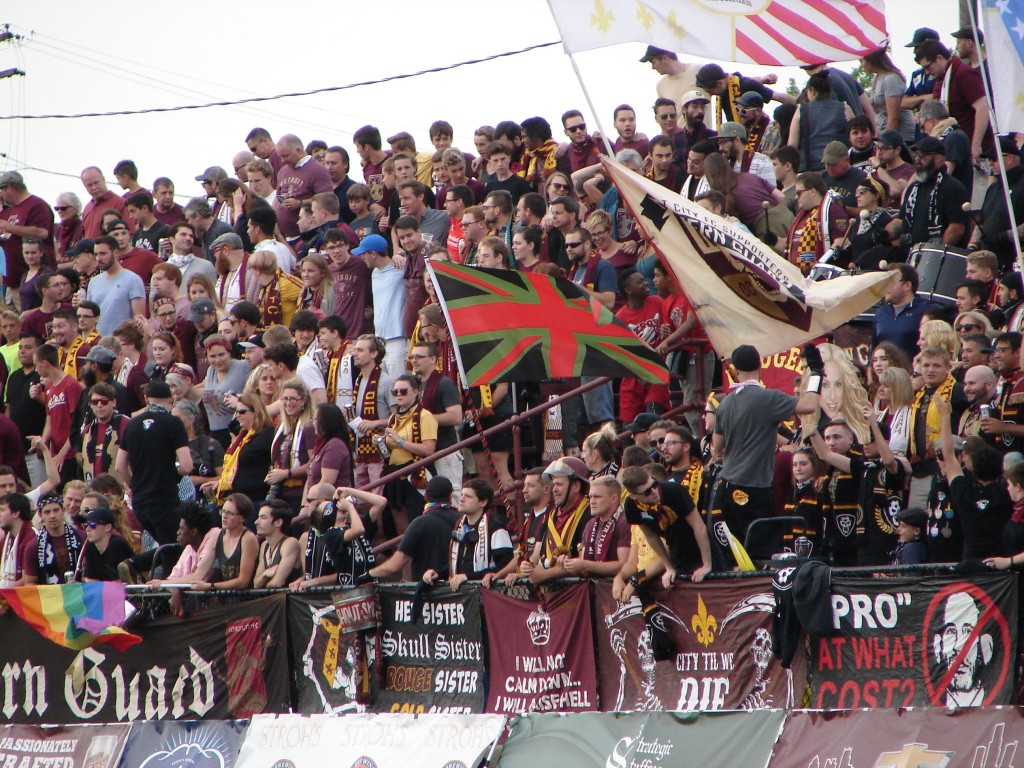 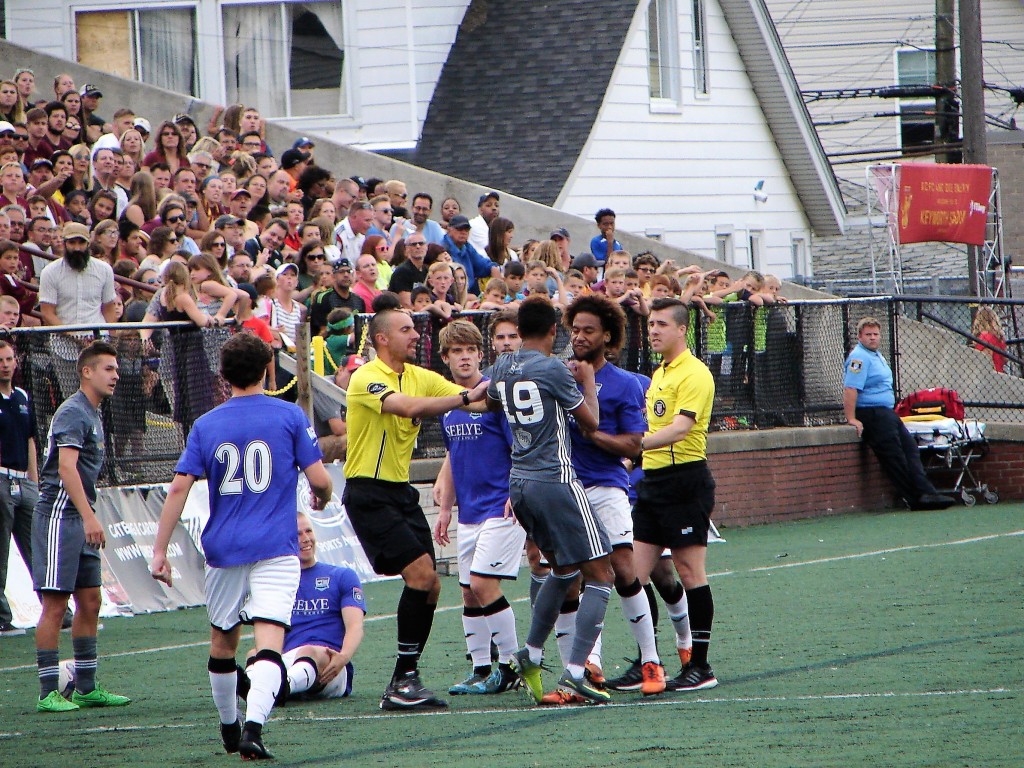 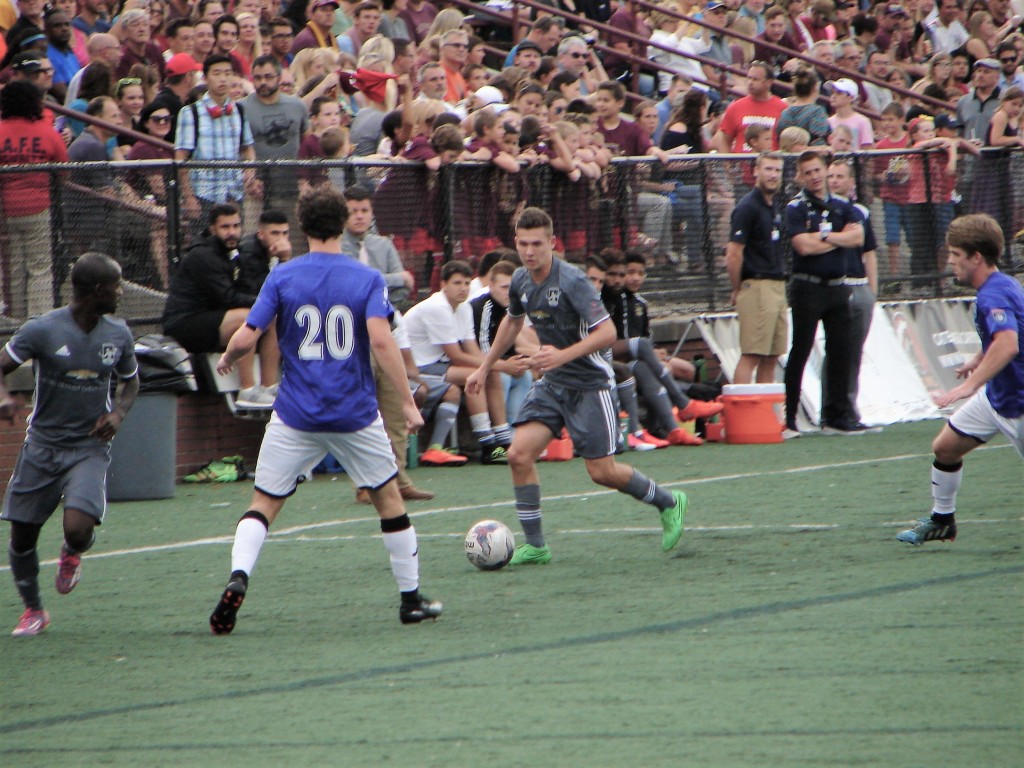 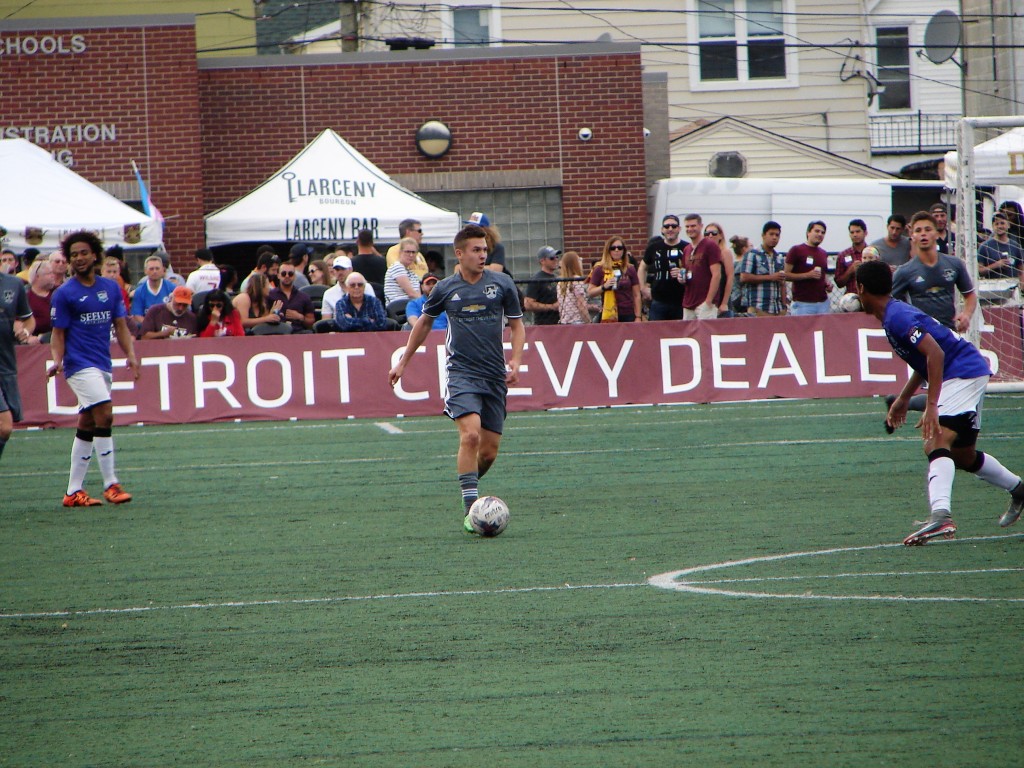 The match was chippy.  It seemed Kalamazoo FC controlled the possession, but City generated the chances on quick breaks and free kicks.

In the 30th minute, as the Kalamazoo defense were trying to clear their zone, Cameron Sipple’s heavy touch put the ball in the path of Bakie Goodman.  Goodman passed it to an unmarked Roddy Green just inside the top of the box, where he loft it into the top corner to give City the lead. 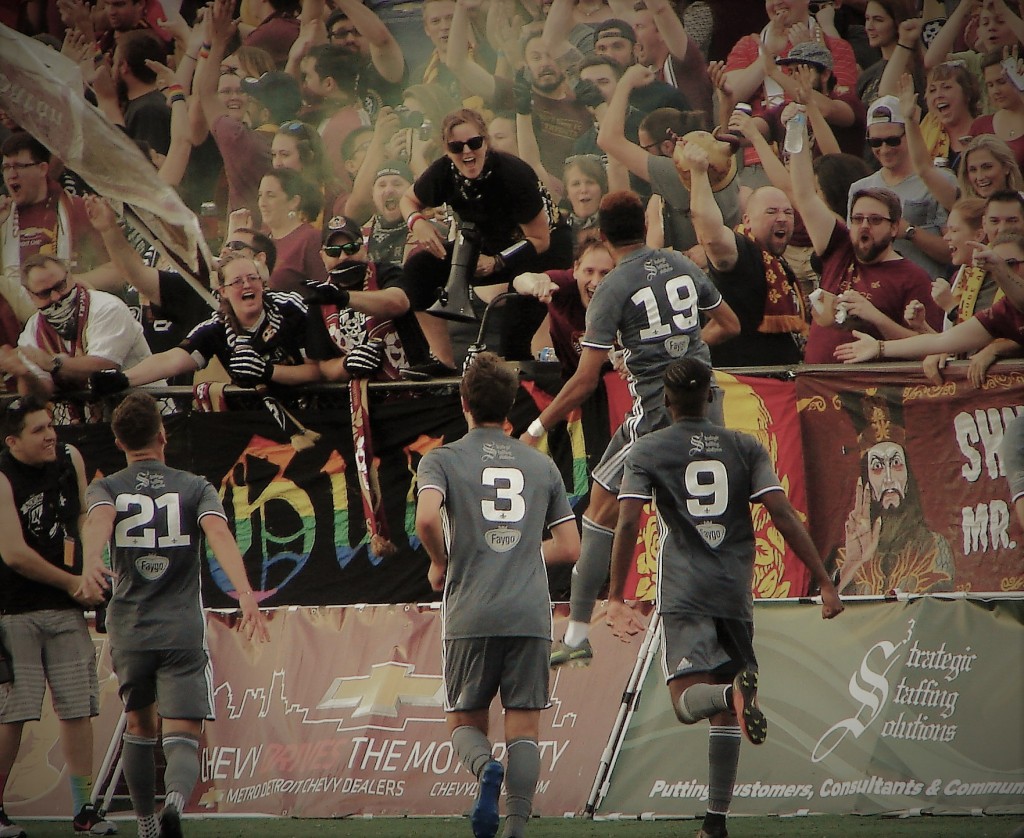 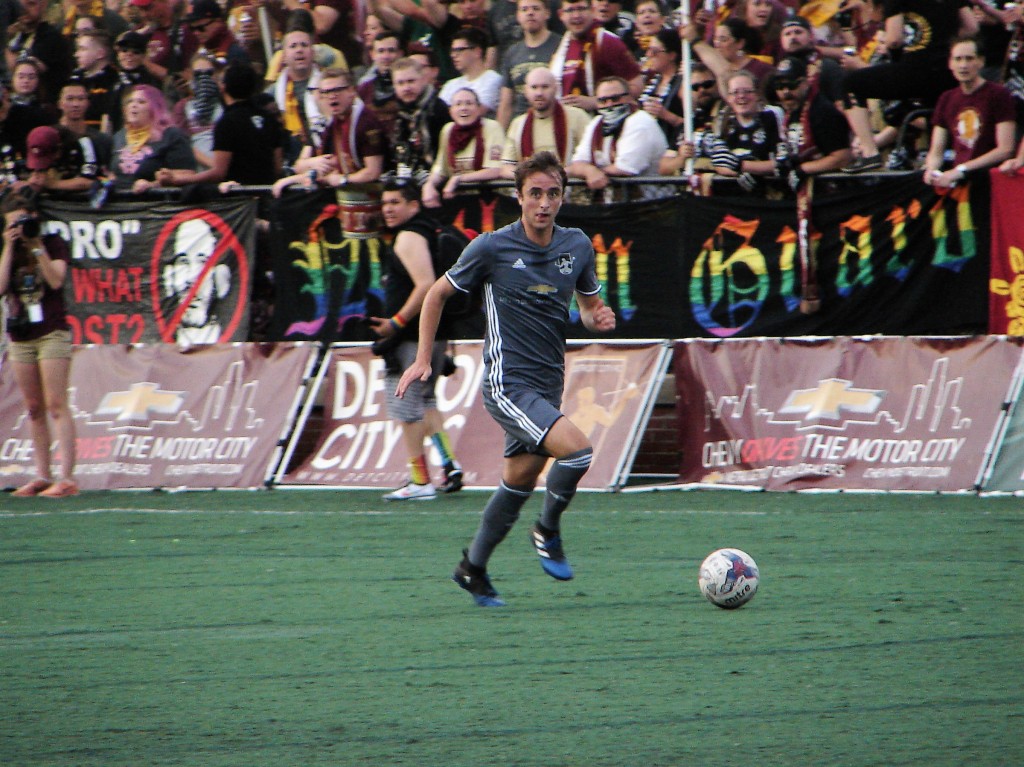 Three minutes into the second half, Kalamazoo scored, ending 308 minutes of NPSL play where City had not conceded a goal.  Keeper Colin Miller made a diving save on Ali Sodal’s shot, however the ball parried out to a wide open Jay McIntosh who deposited it into the back of the net. 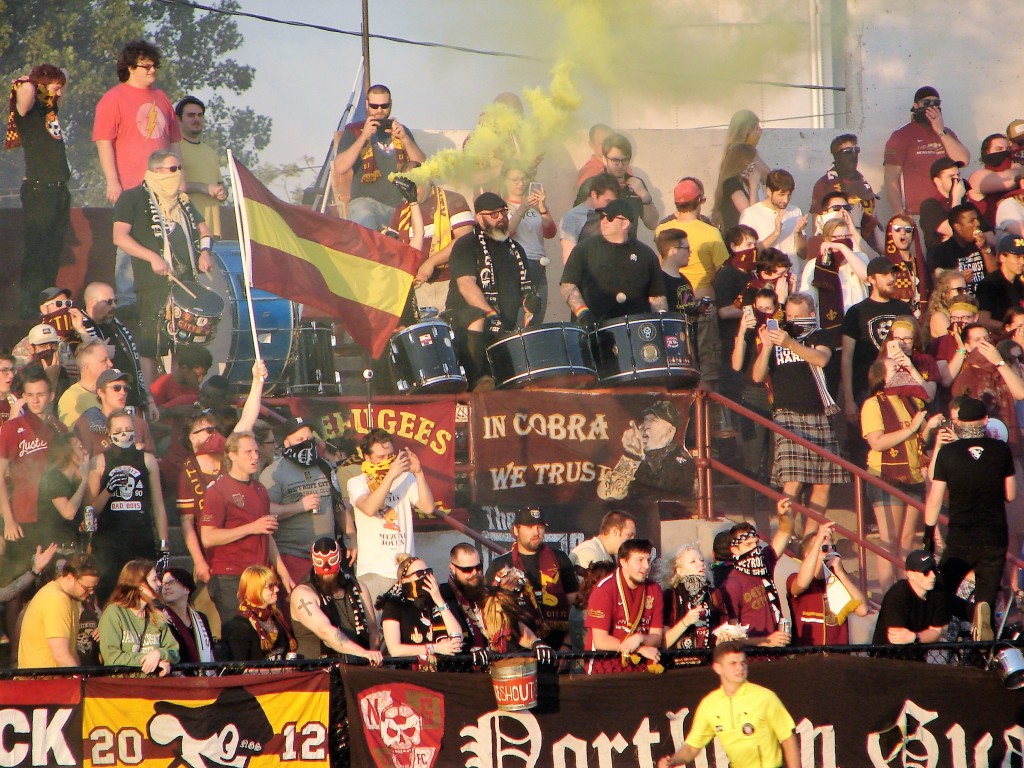 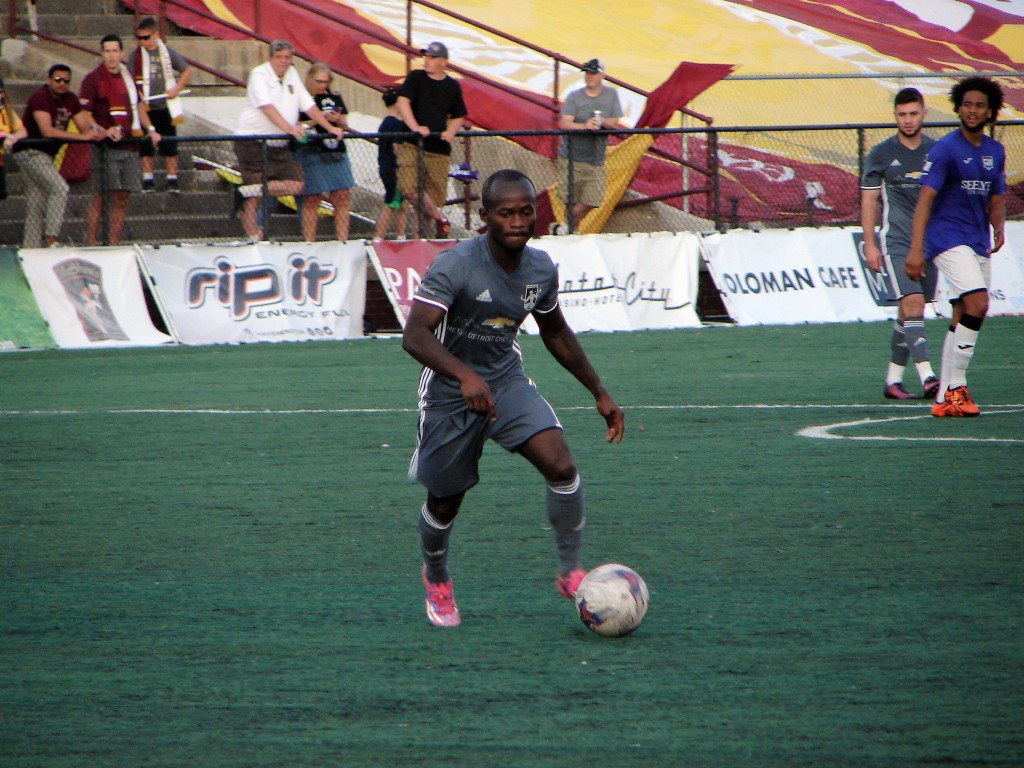 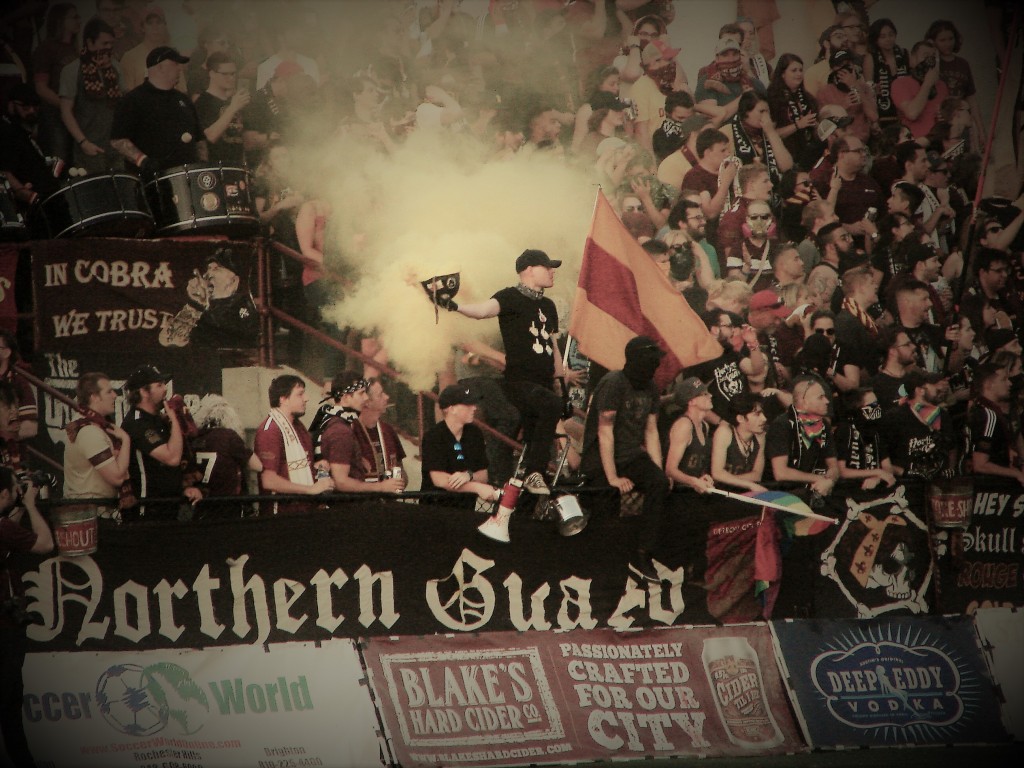 Into the match came Elijah Rice, who, in the 67’th minute, tapped in a brilliant corner kick from Tyrone Mondi.  Felt a little sorry for Tyrone, as his spot kick beautifully tapered in toward the goal, creating the opportunity, yet everyone went running over to the supporters instead of him. 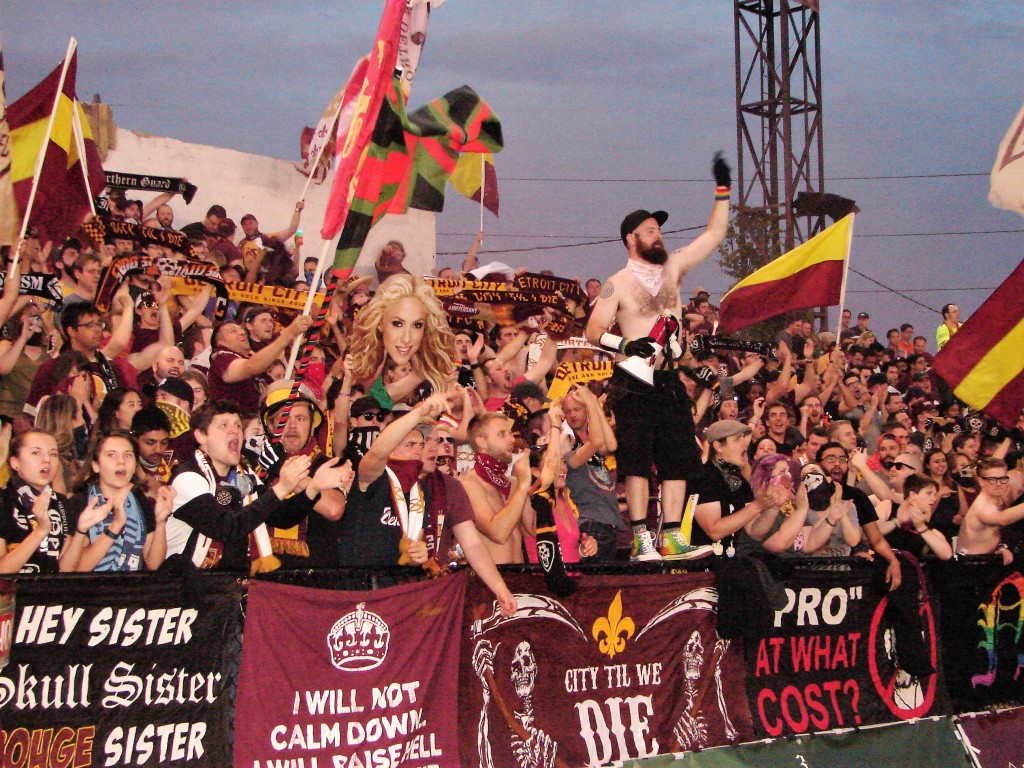 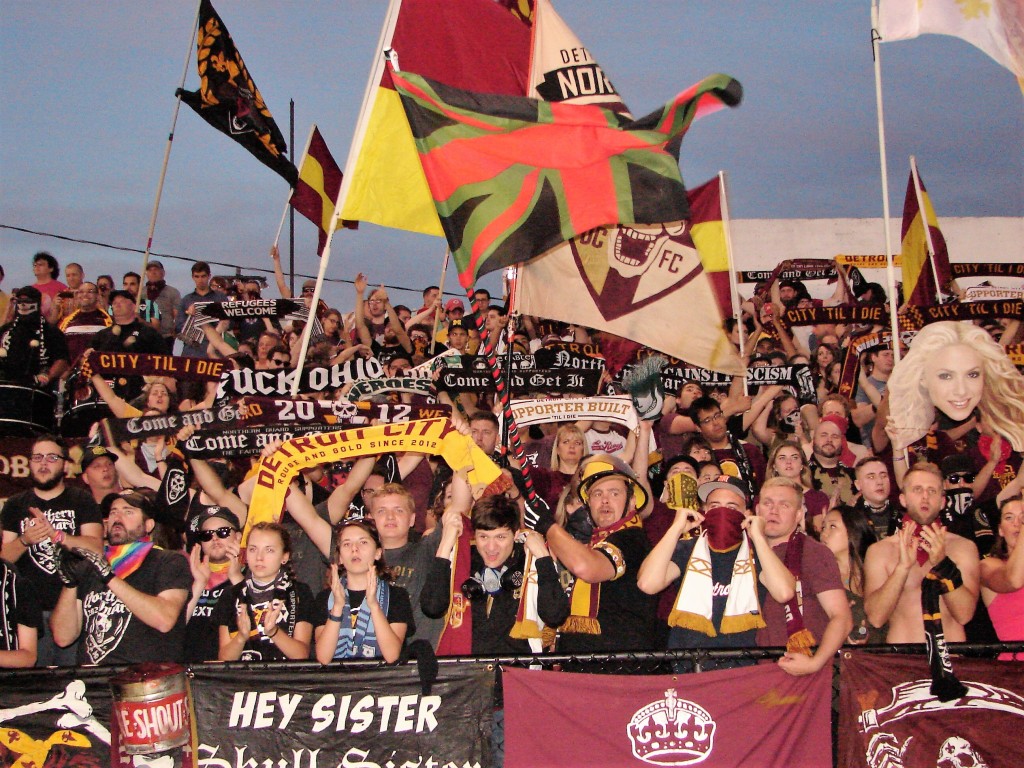 Five straight wins.  The next test would be in less than 48 hours, with a road trip to our furthest opponent – Milwaukee Torrent.