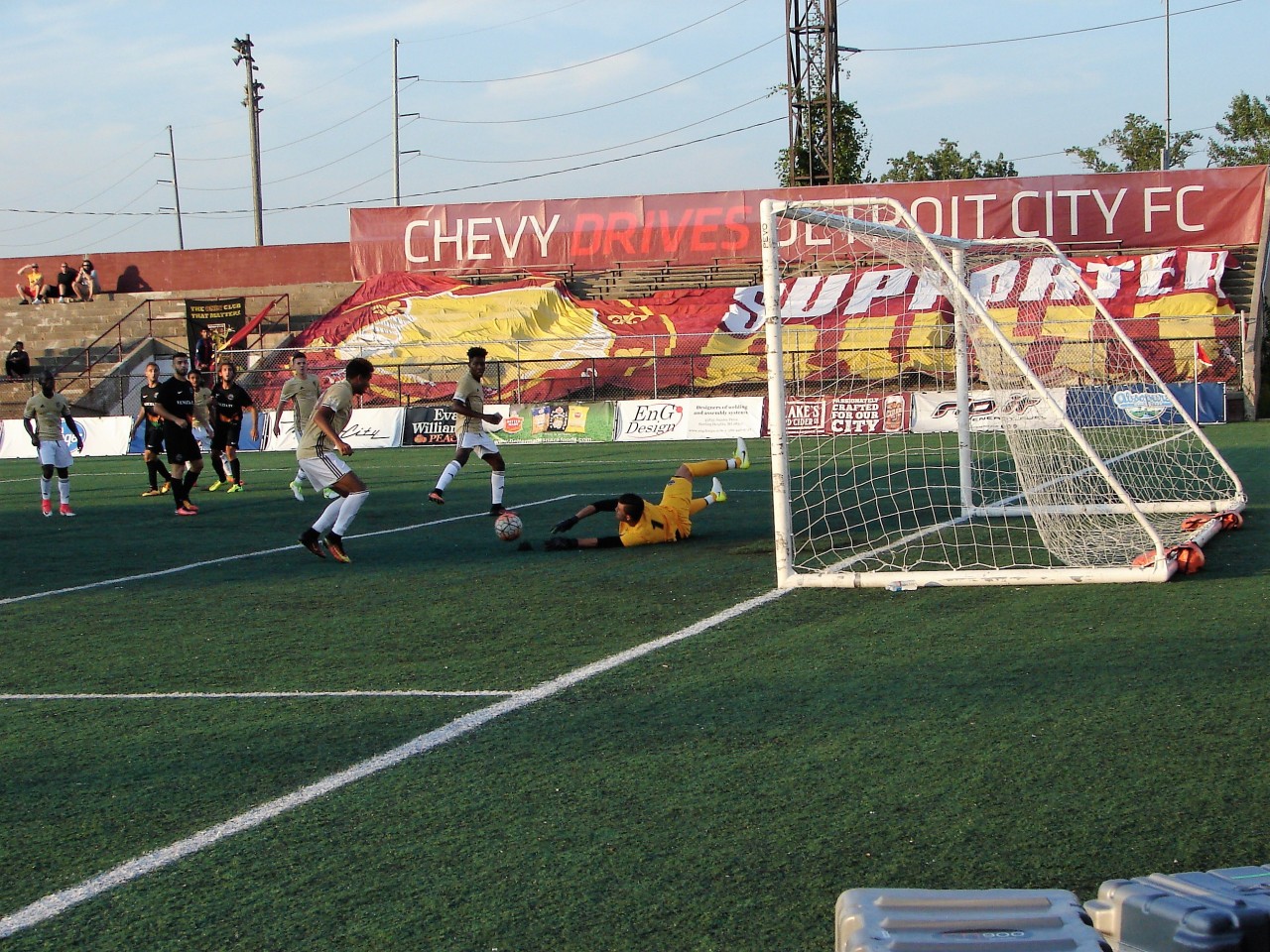 But this one, when it was announced on May 16th, raised eyebrows and concerns.

Venezia FC is a Serie B Italian football club, owned by Joe Tacopina and other American investors.  They purchased the Venice-based team when they were in Serie D – the fourth tier of Italian football – in October, 2015.  When the 2015-16 season was over, the team was promoted to the third tier – Lega Pro.  During the summer of 2016, Italian scoring legend Filippo Inzaghi was named Venezia FC’s manager.  The new foundation of winning continued, advancing the club into the second tier – Serie B.  This would be one of Detroit City FC’s most challenging opponents.

A meet-and-greet was held at Amnesia in the Motor City Casino the evening before the match. 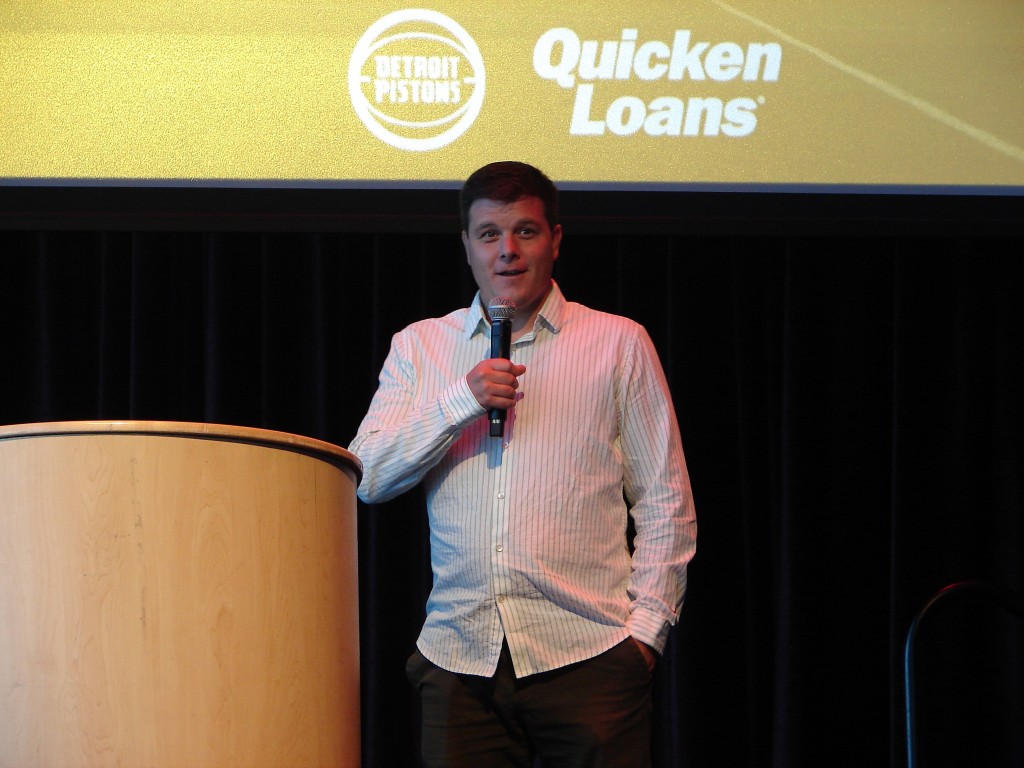 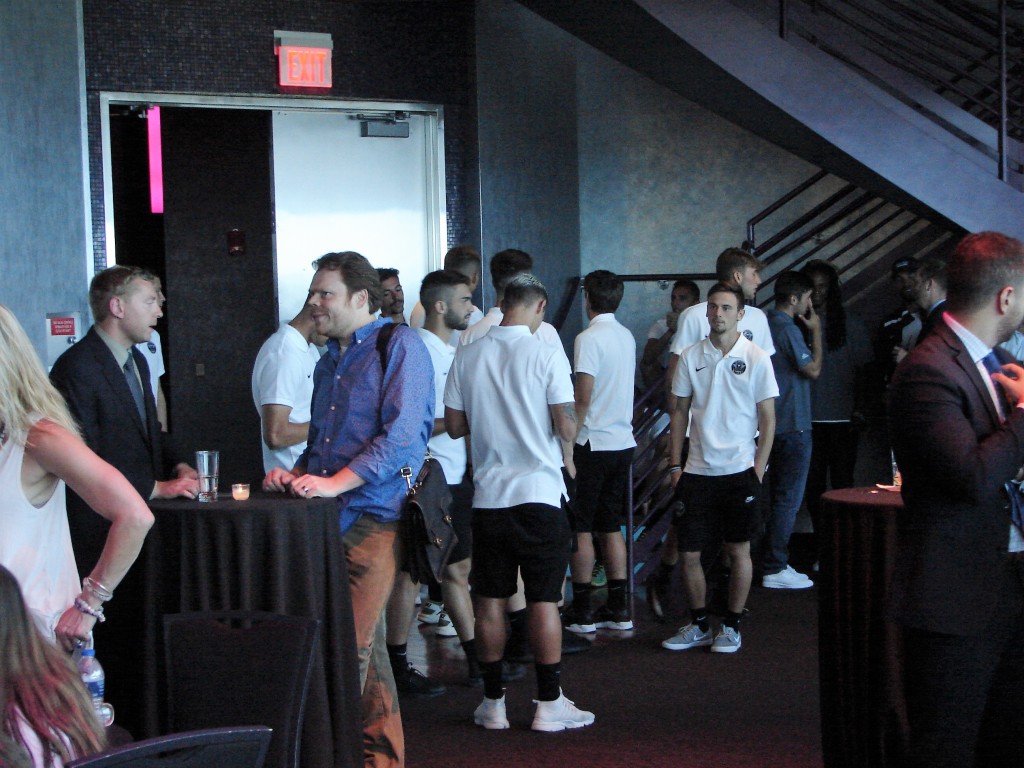 So why were eyebrows and concerns raised?  This match was sponsored by Quicken Loans and the Detroit Pistons.  Also known as Dan Gilbert & Tom Gores – the billionaires that want to bring Major League Soccer to Detroit.

Furthermore, the match fell on a week night, at the conclusion of the regular season with the playoffs beginning four days later.  Meeting a team of this caliber just before the intensity of the playoffs could have had a negative impact on the team’s confidence.  There was even chatter among the supporters about not showing up to the match due to the Gilbert-Gores sponsorship.

After the meet-and-greet, this felt so much different than our previous international friendlies with FC United of Manchester and Glentoran FC.  The week-night match did not provide a good opportunity for supporters of Venezia FC to come over and mingle with us.  The bravado of Joe Tacopina also felt a bit ‘unfriendly’ in that a couple of times during his talk at Amnesia he emphasized that his team was going to ‘kick our ass.’  It was apparently likely that a Serie B professional Italian club, coached by the country’s legend, would have an easy time against a fourth-tier American soccer team of unpaid players.  Was such arrogance necessary at a meet-and-greet for a friendly? 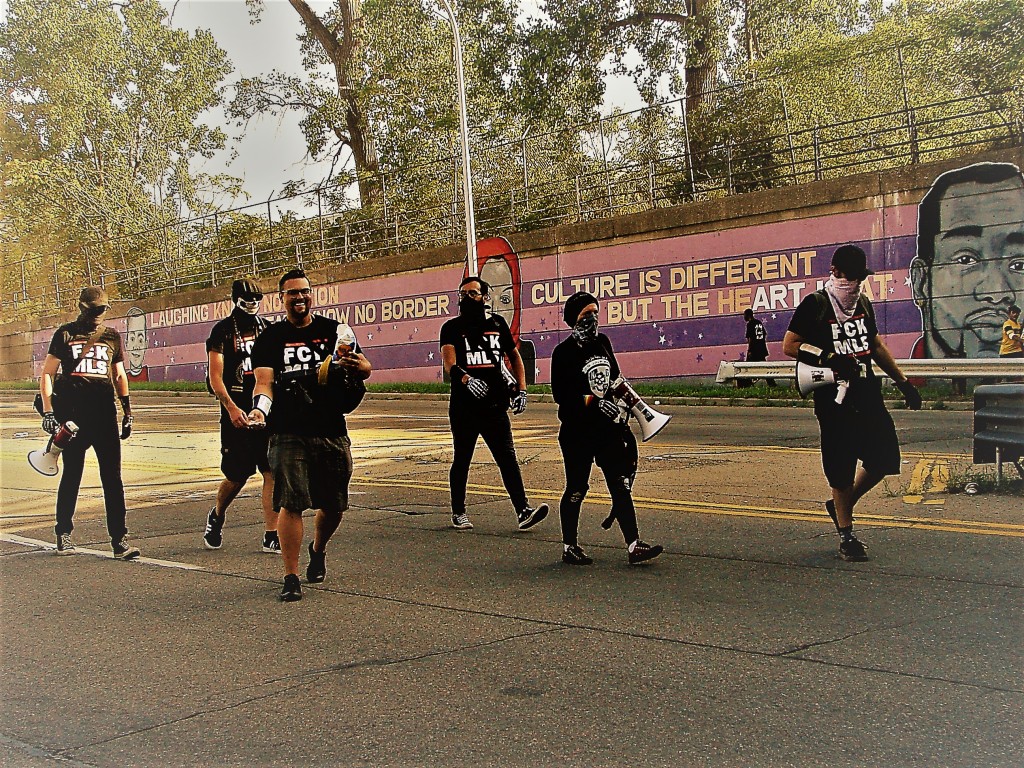 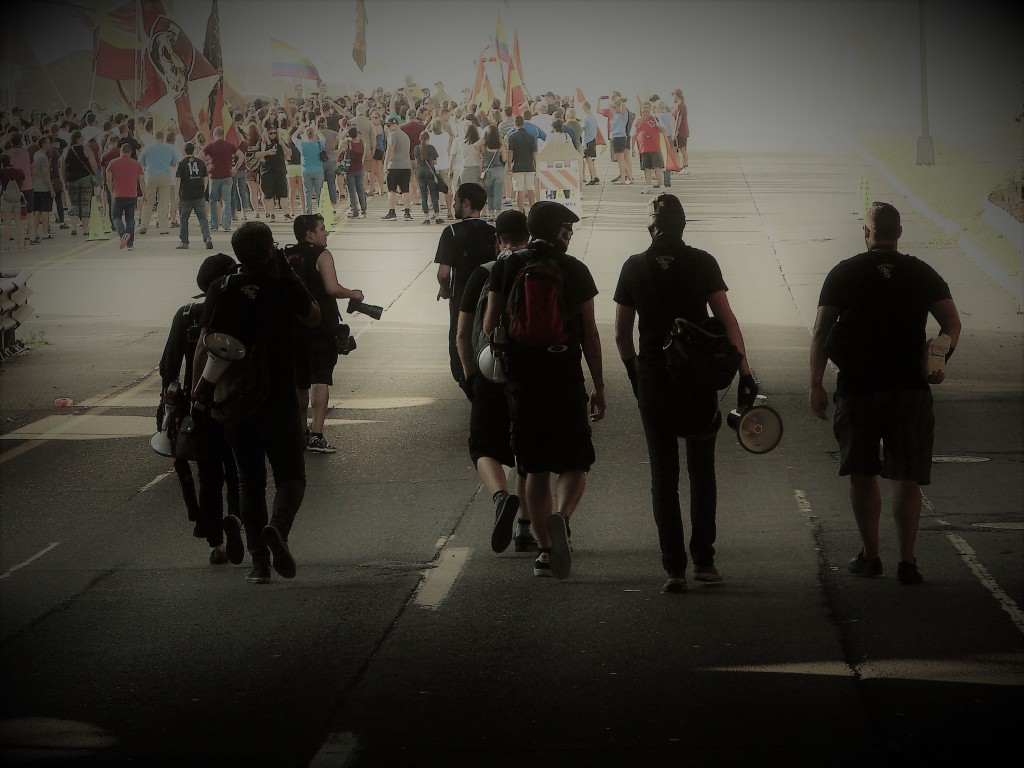 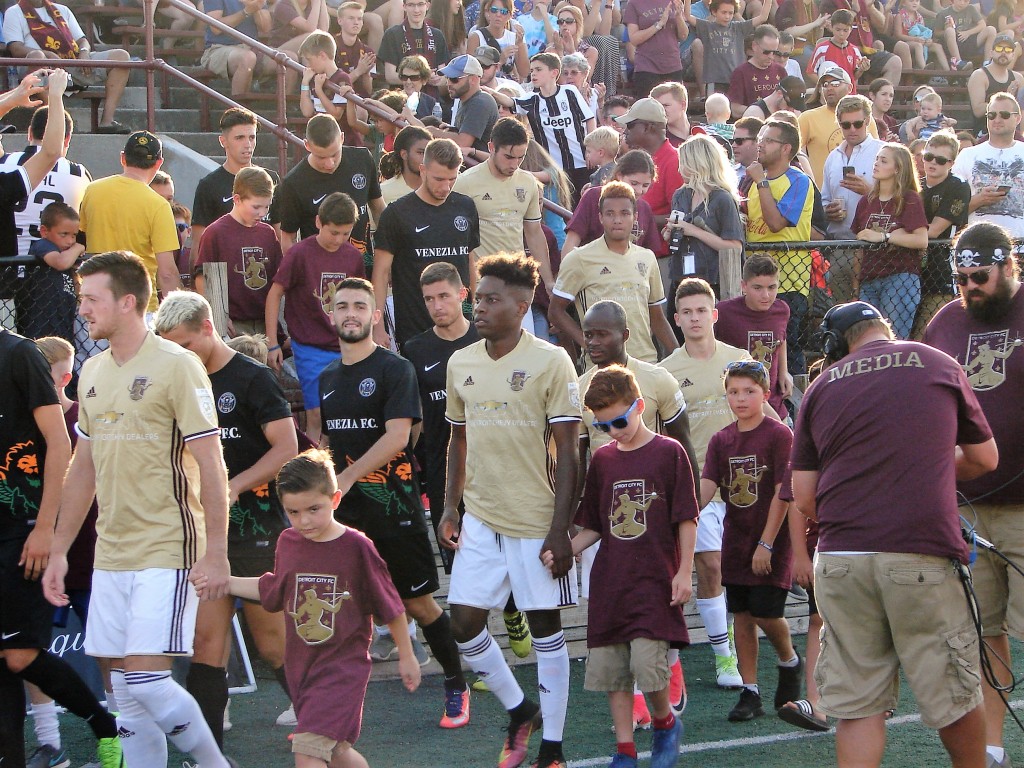 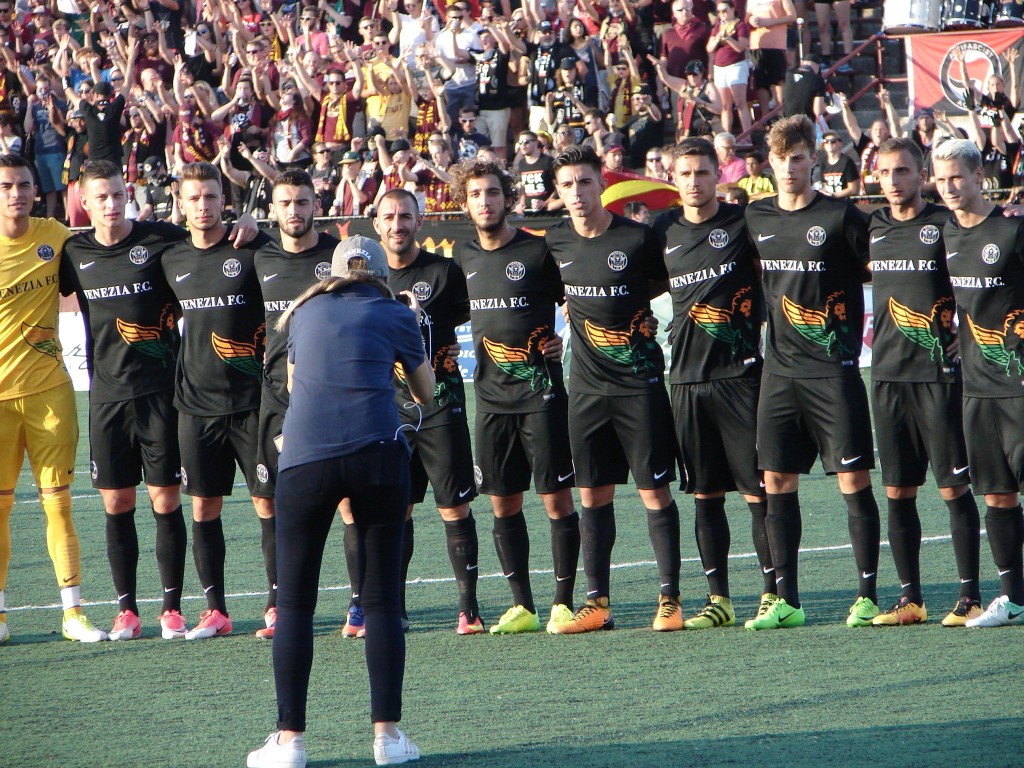 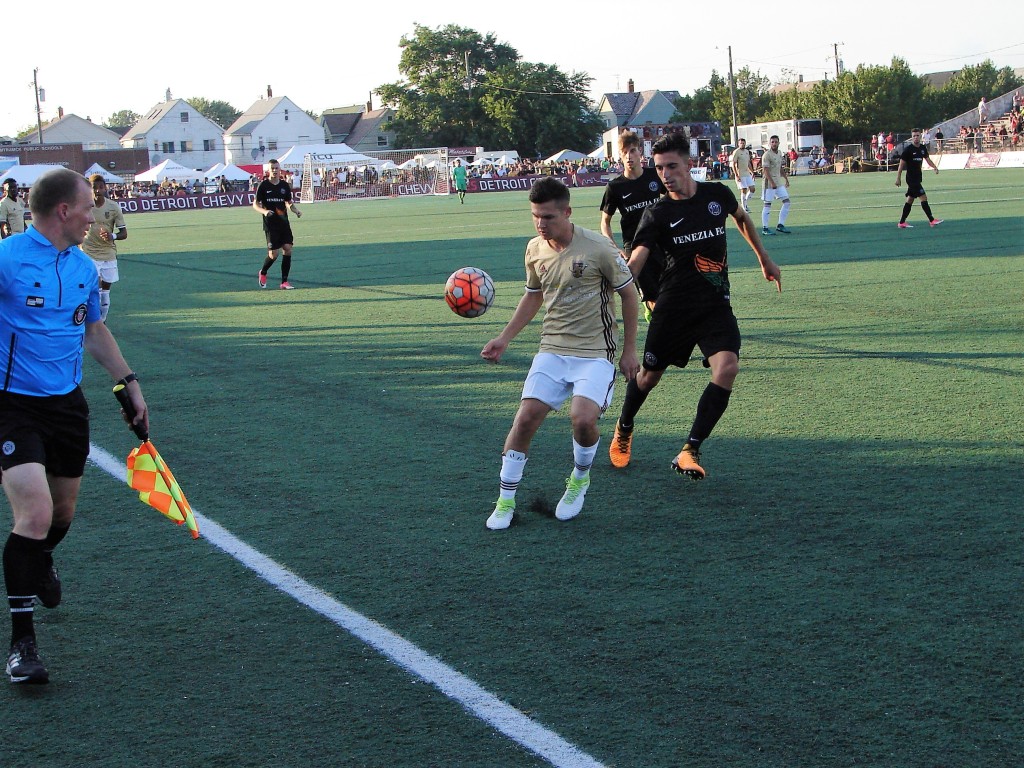 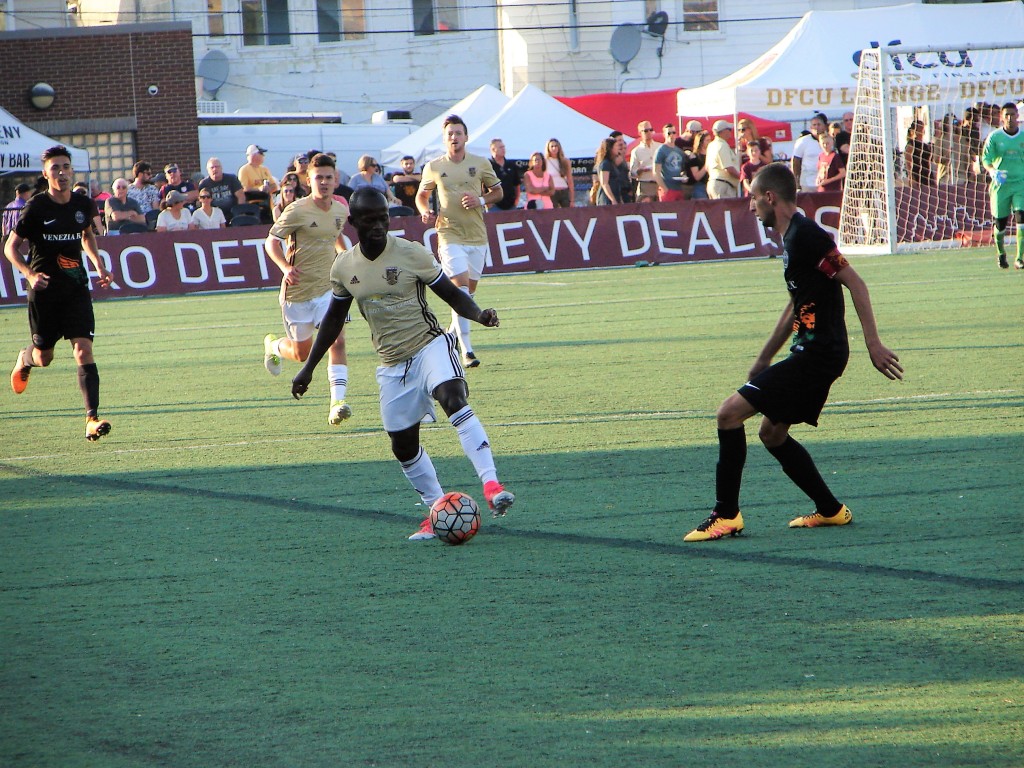 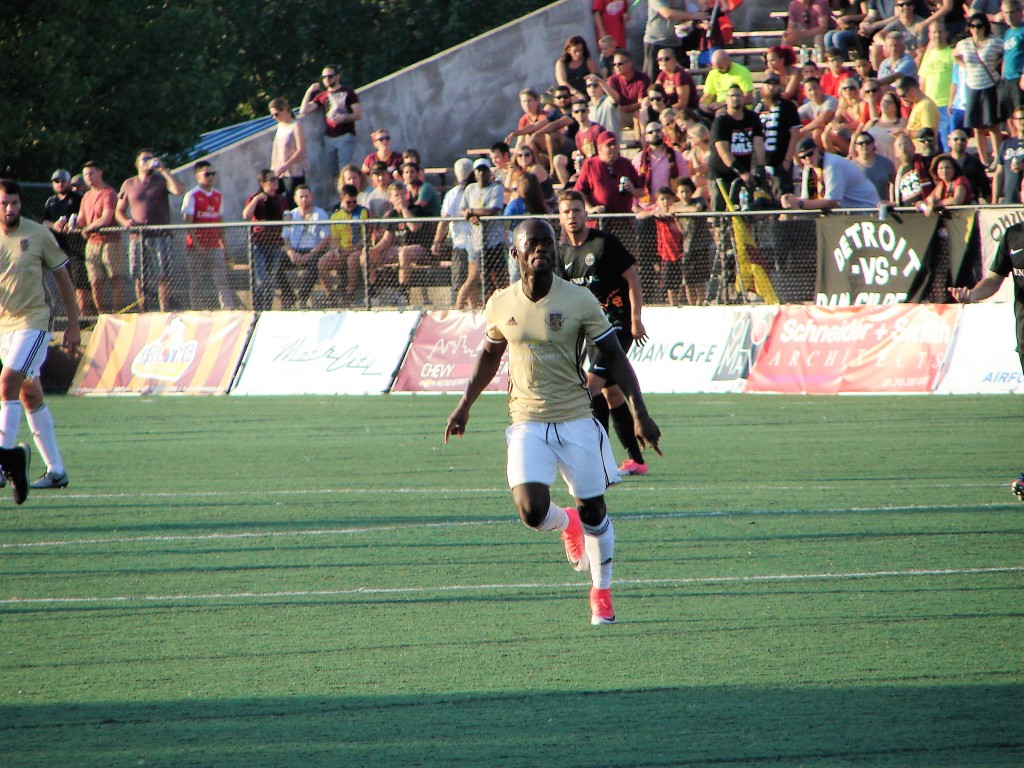 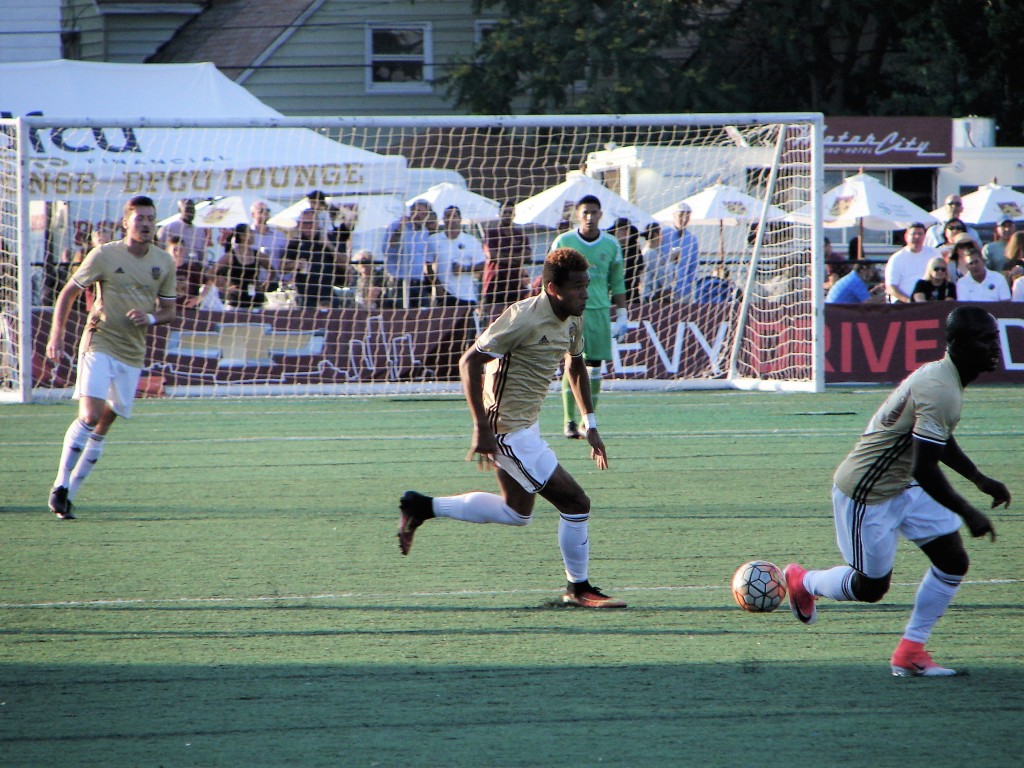 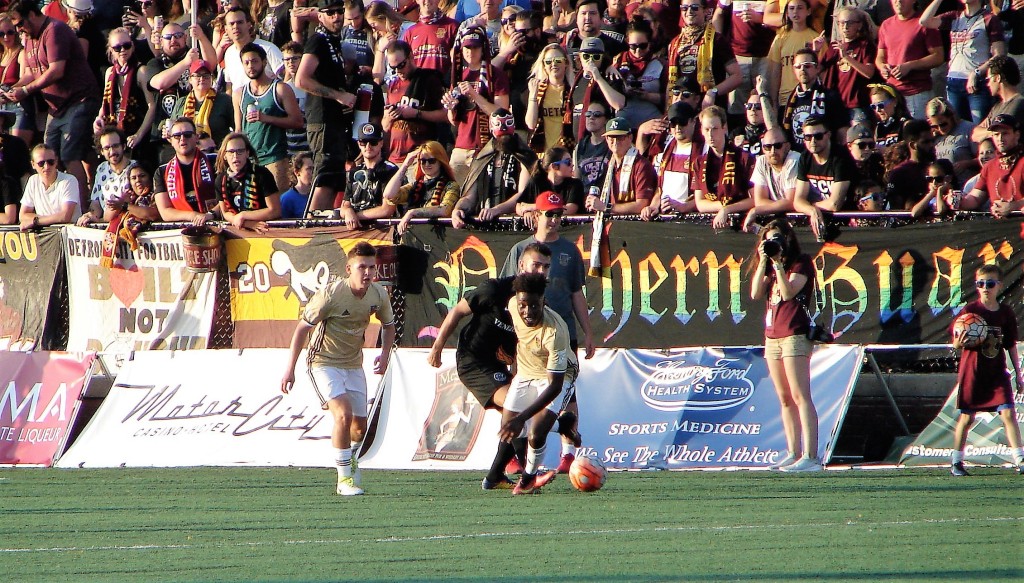 In the very early stage of their season, Venezia FC were getting their legs while adjusting to their teammates and the Keyworth pitch.  City, at the height of its season, provided a worthy opponent.  The breakthrough came in the 28th minute when Elijah Rice received a pass on the wing from Bakie Goodman, dipsy-dooed around the Venezia defender, and fired a shot at goal.  Keeper Emil Audero made a diving palm save, but Roddy Green was right there to pop the ball into the back of the net, giving City the lead. 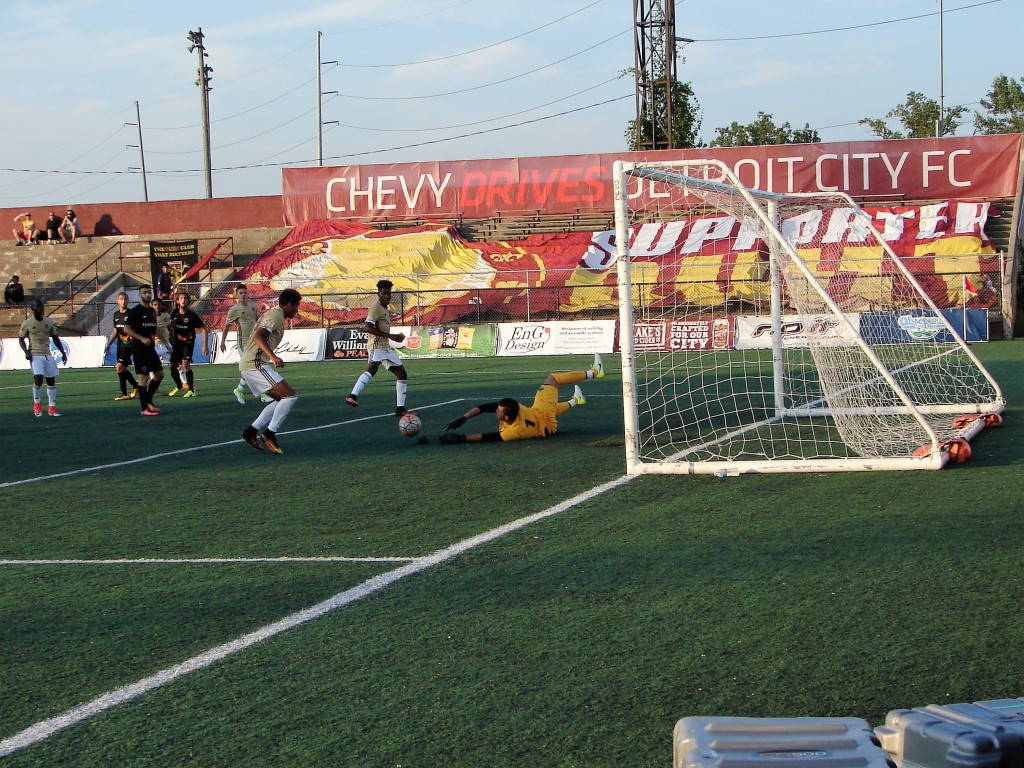 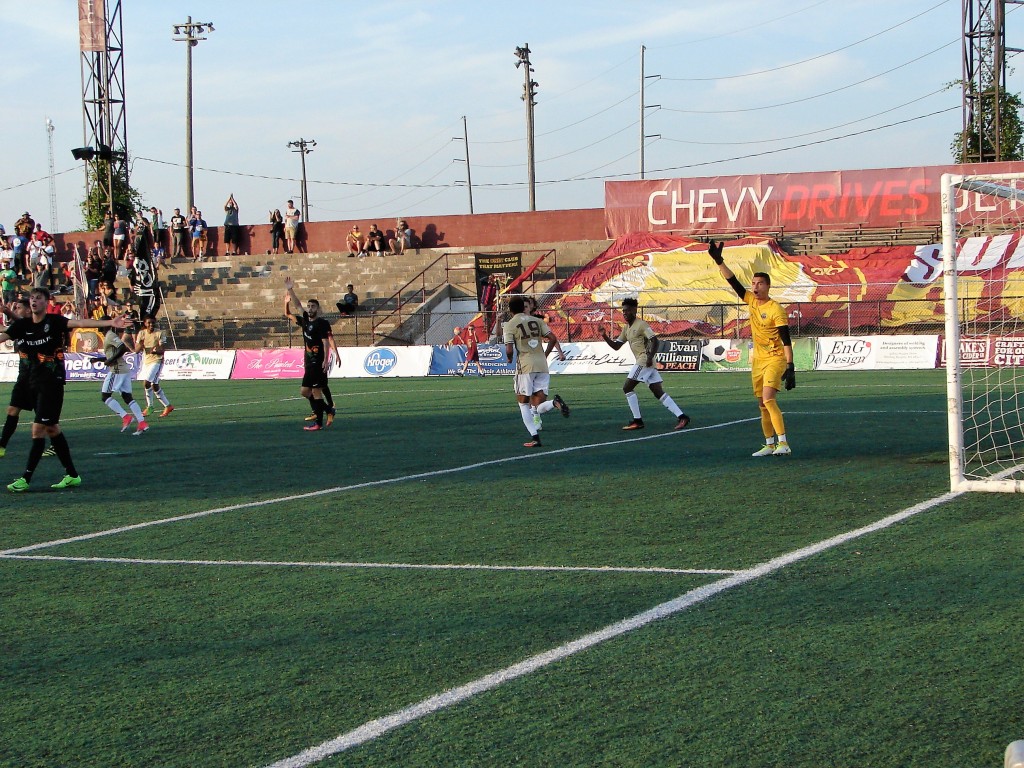 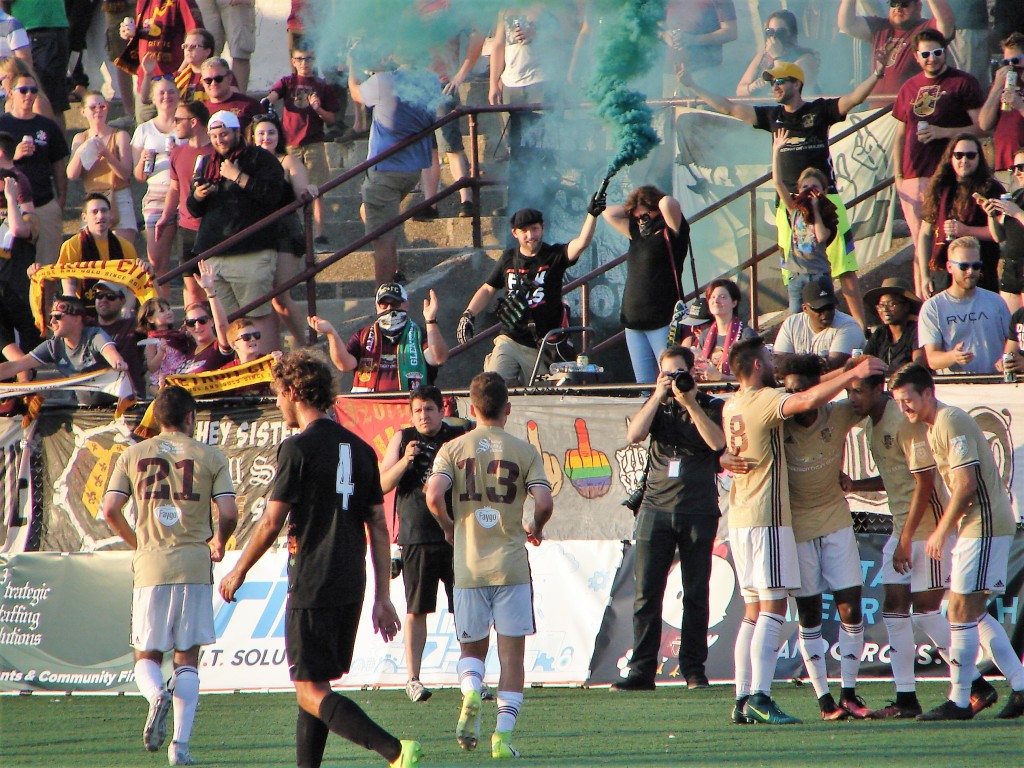 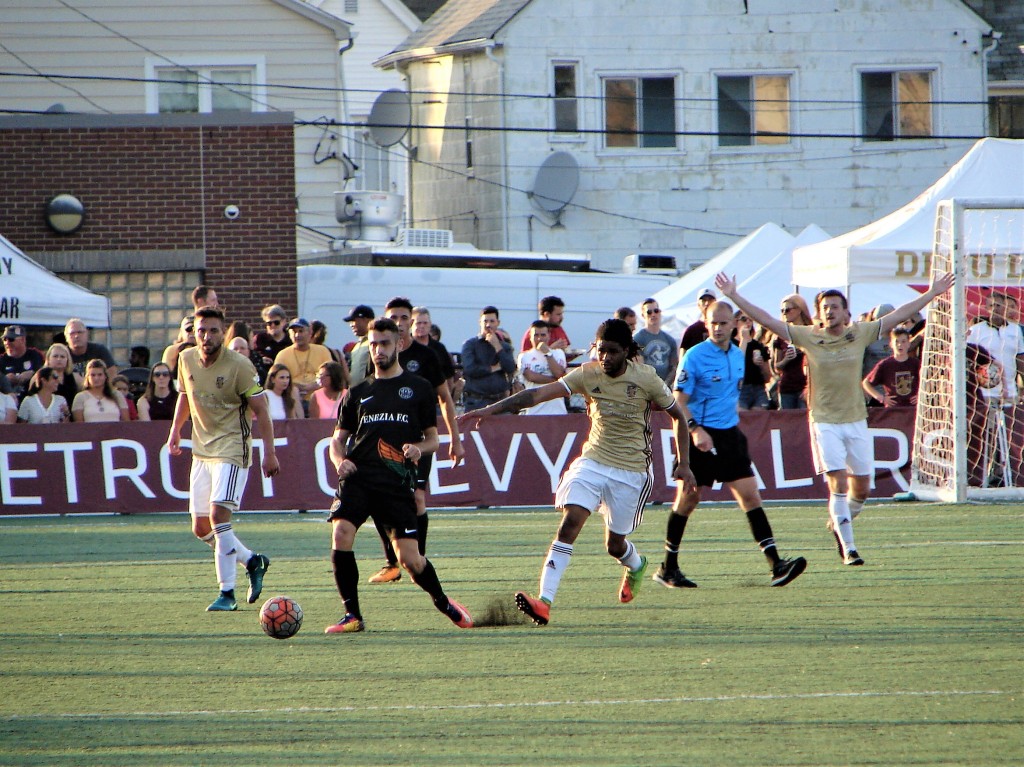 Four minutes later, Cyrus Saydee, City’s magical midfielder, undressed a Venezia defender, then saved the ball from crossing the end line, feeding it to the front of the goal where Elijah Rice lift his foot and guided it into the back of the net. 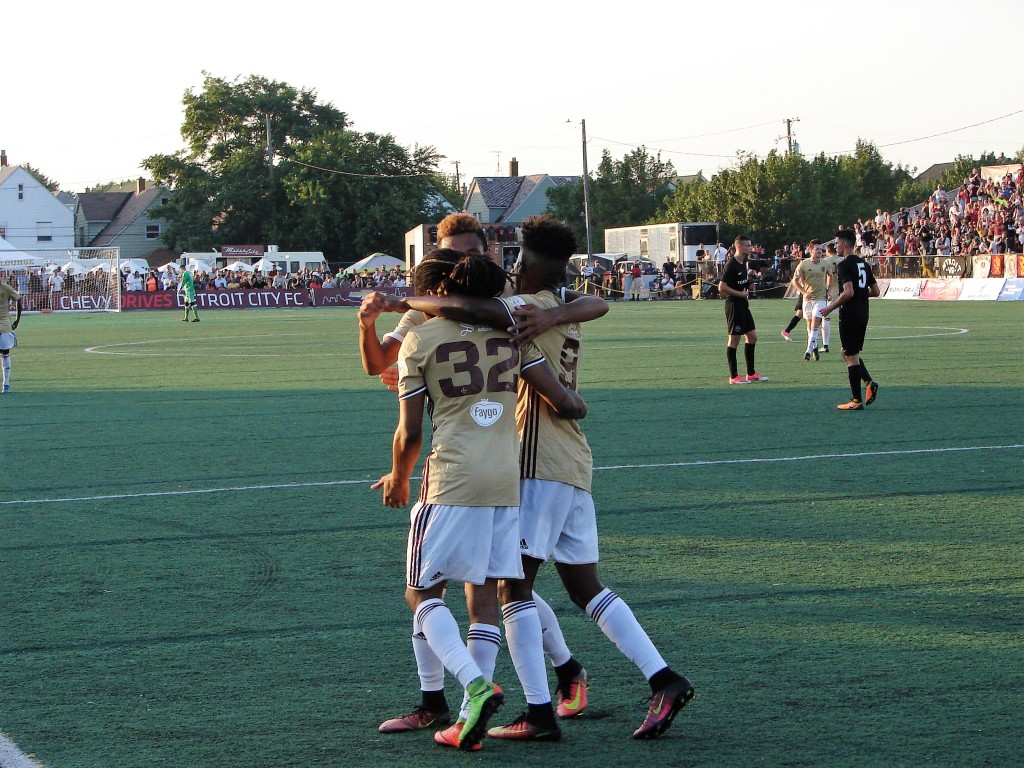 With the playoffs approaching, it was full-scale changes for the second half.  And the players who had seen little or no NPSL action this season found minutes on the pitch against the team of professionals. 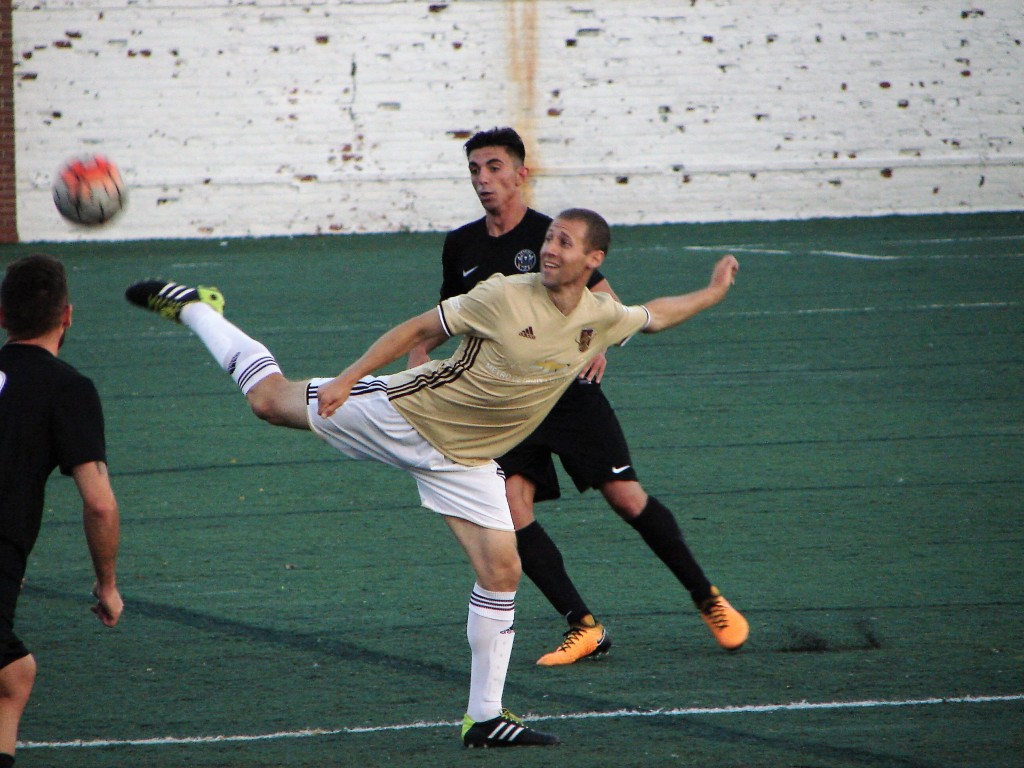 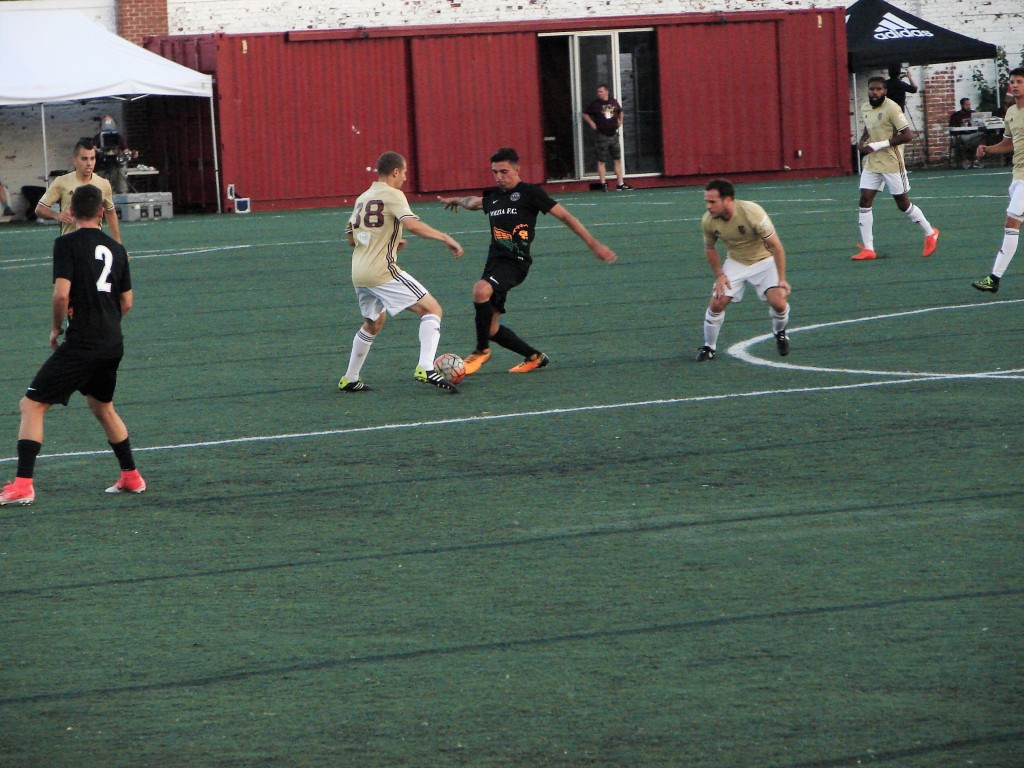 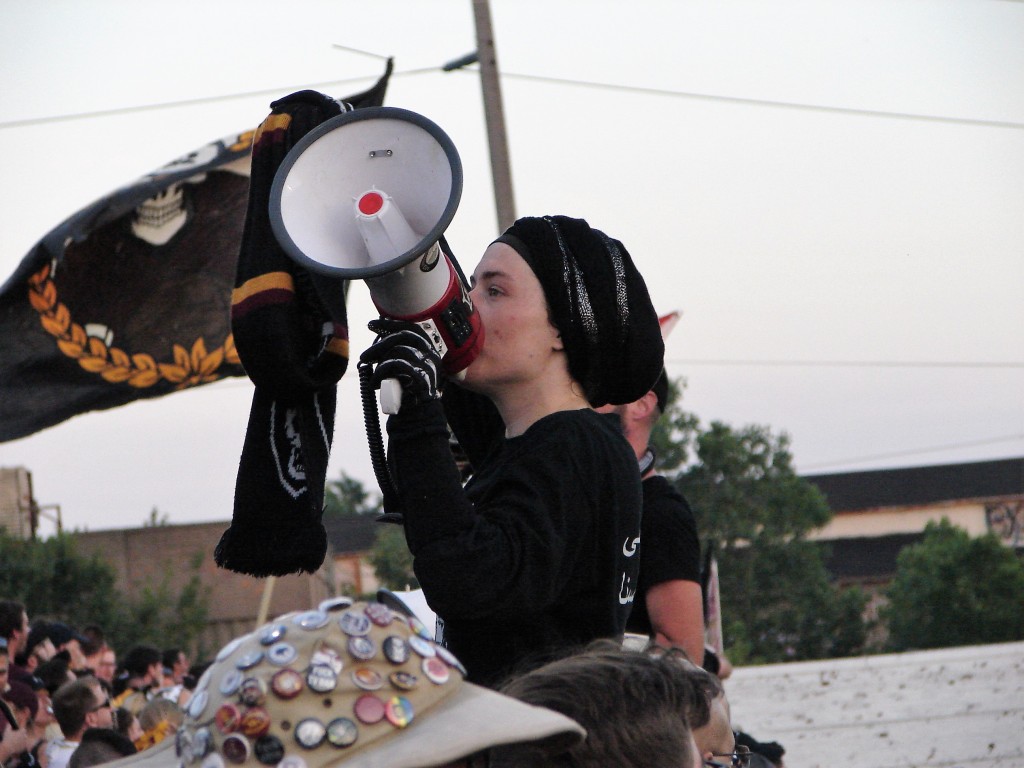 In the 70th minute, things became a little unfriendly as Jordan Tyler was stepped on in the box.  When he took offense to it, the ref ,who didn’t see the Italian stomp, witnessed the retaliation and gave Tyler a straight red card. 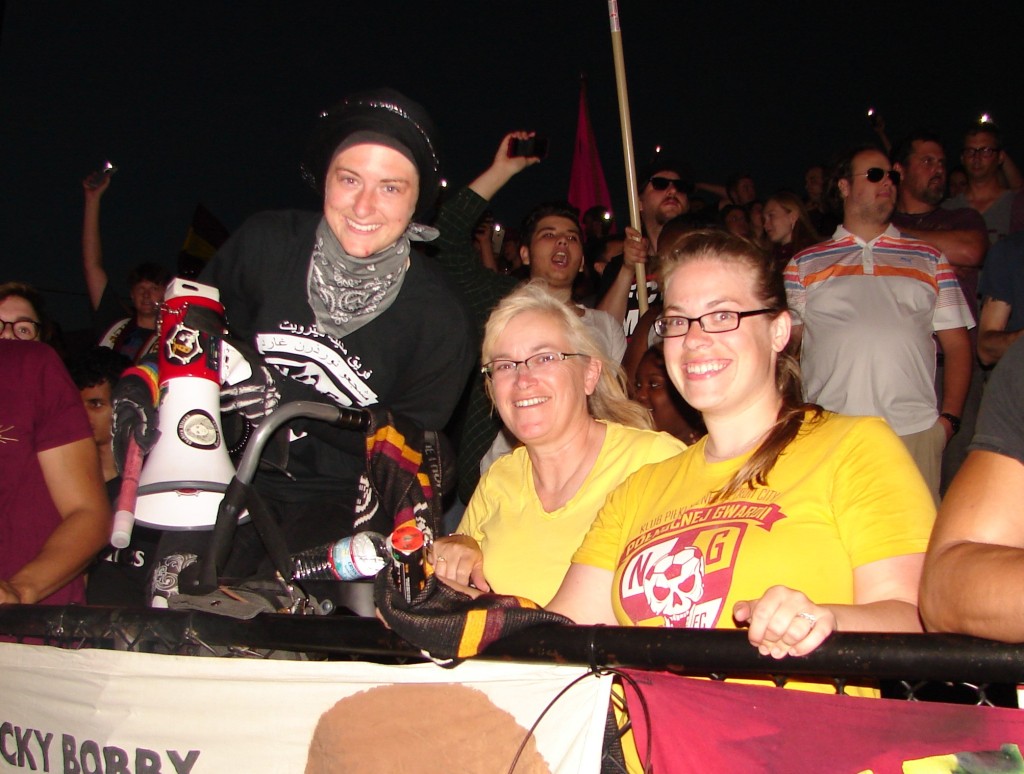 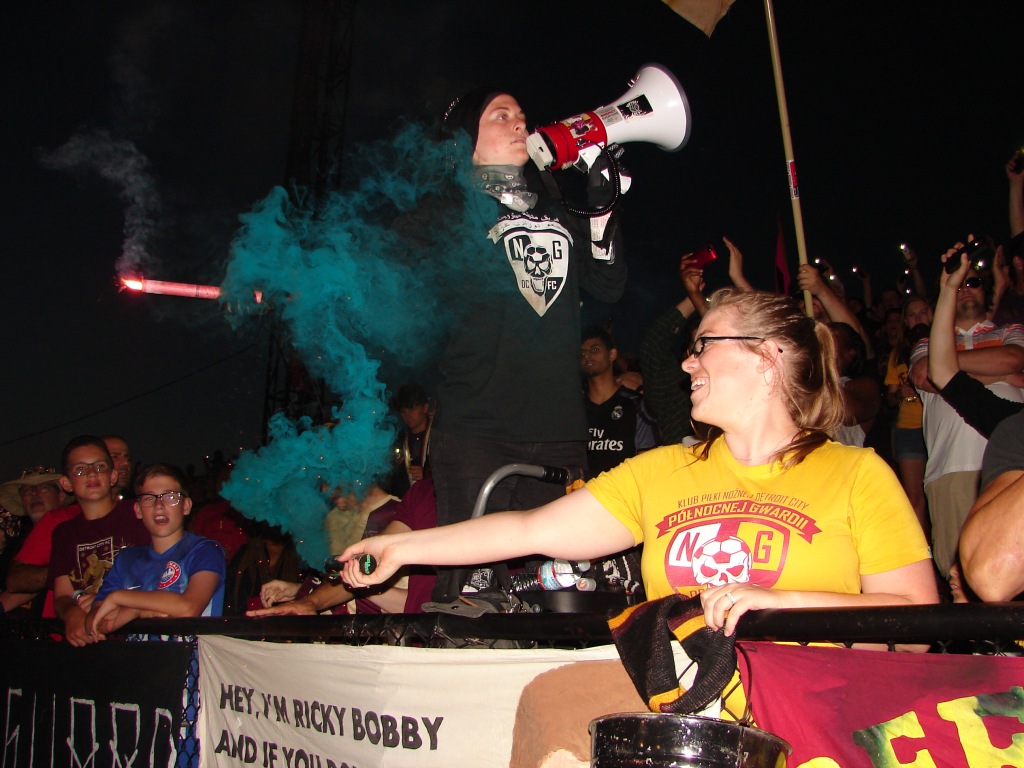 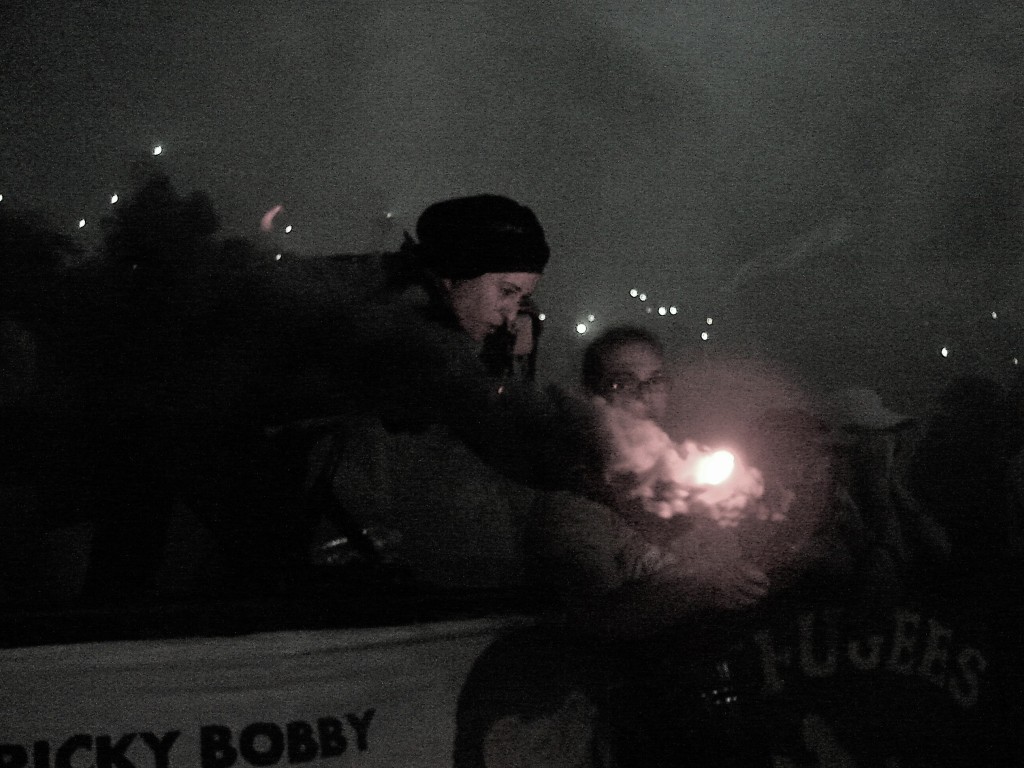 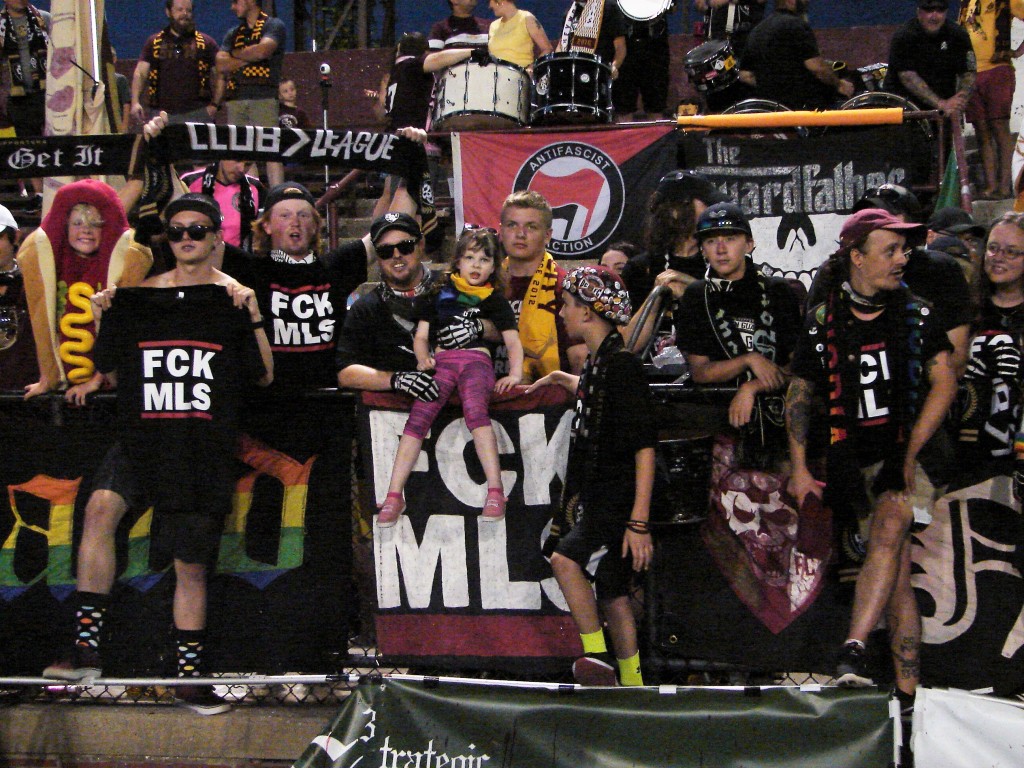 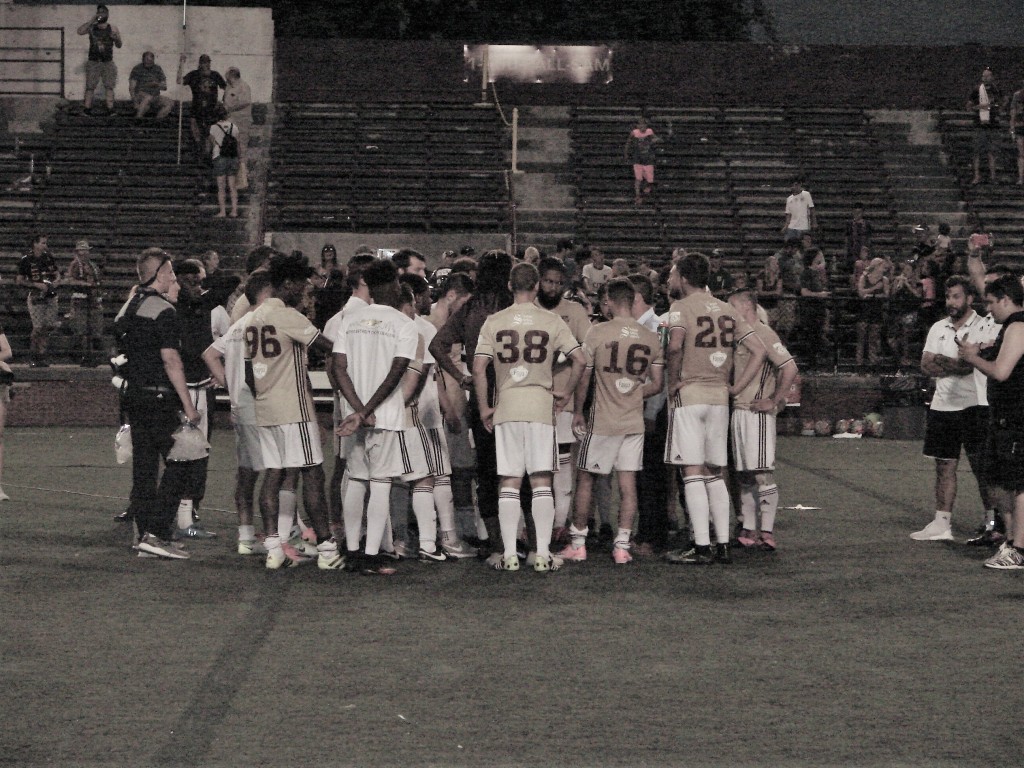 This was truly an amazing feat.  It was a bit disappointing, though, that the Venezia FC team did not take the time to acknowledge the Northern Guard Supporters, like our previous visitors from Europe.  Instead, at the match’s conclusion, after brief handshakes with City players, they took to the locker room.

Was it because we kicked their ass?