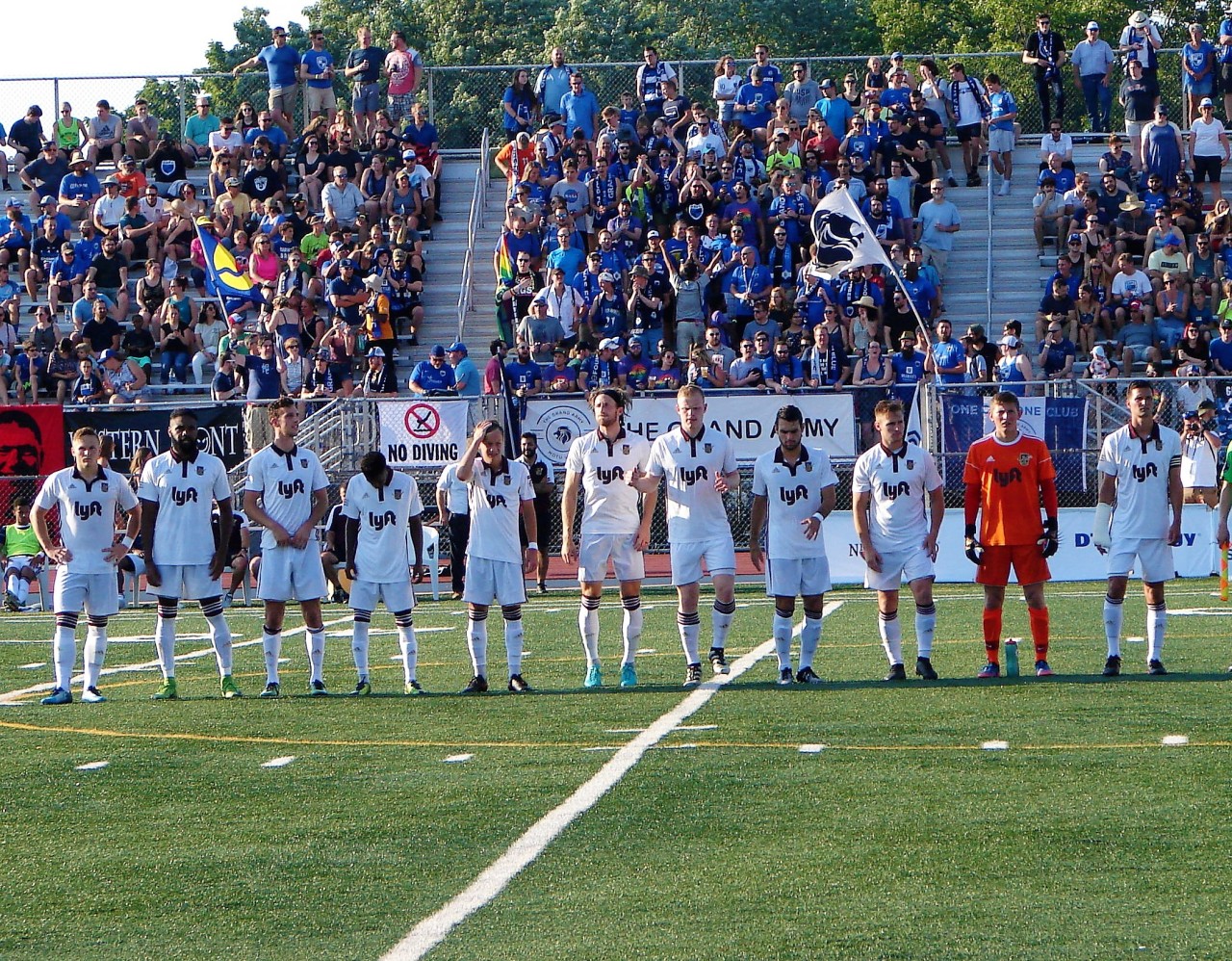 Another bloody hot night for a bloody hot match in Grand Rapids.  Playoffs on the line, this had the makings of being an exciting match.  And it did not disappoint (well, maybe the result did, but the 90 minutes of match play was great).

It was so hot, many of us Rouge Rovers crowded in the shade until we had to get out in that sun. 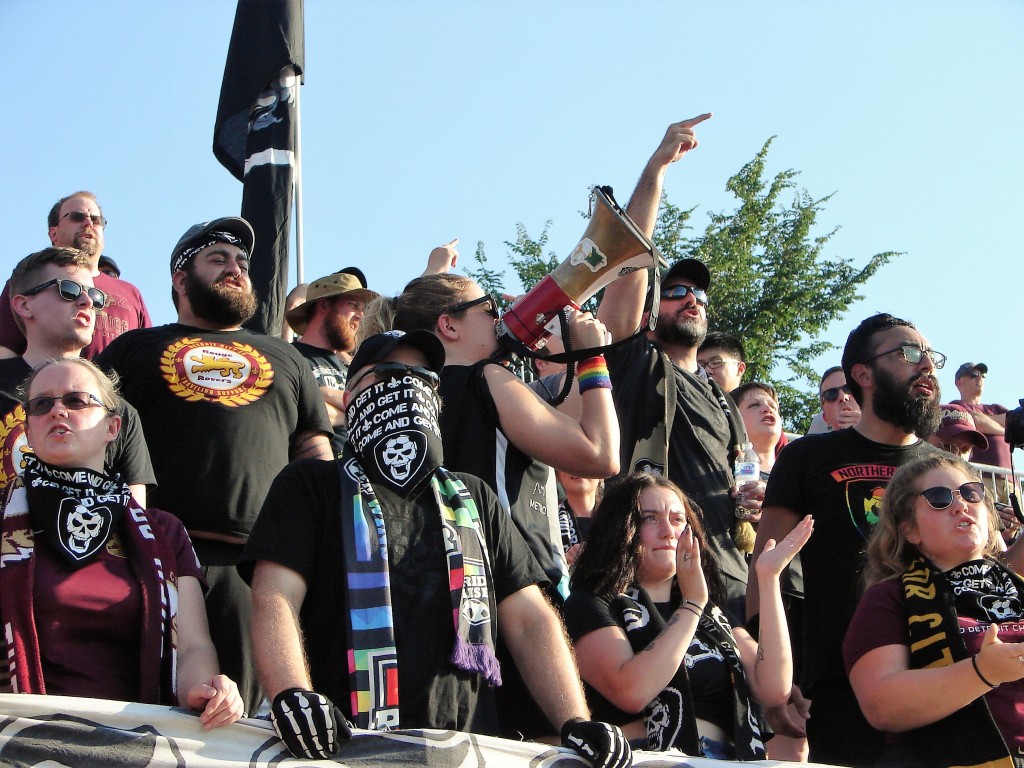 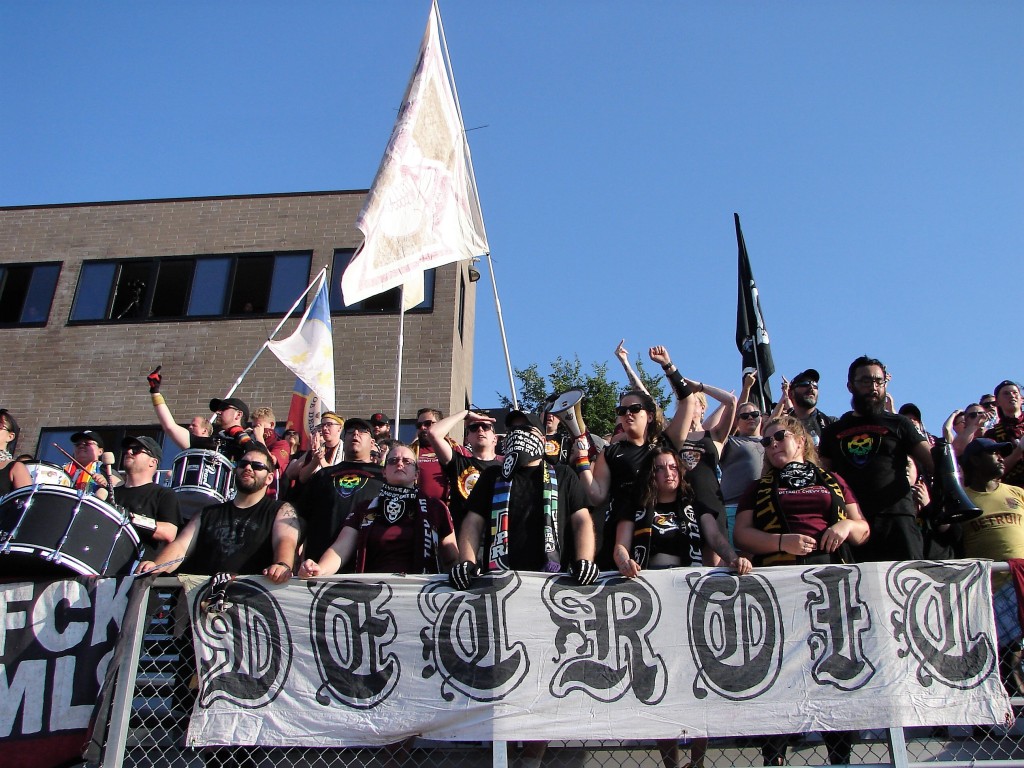 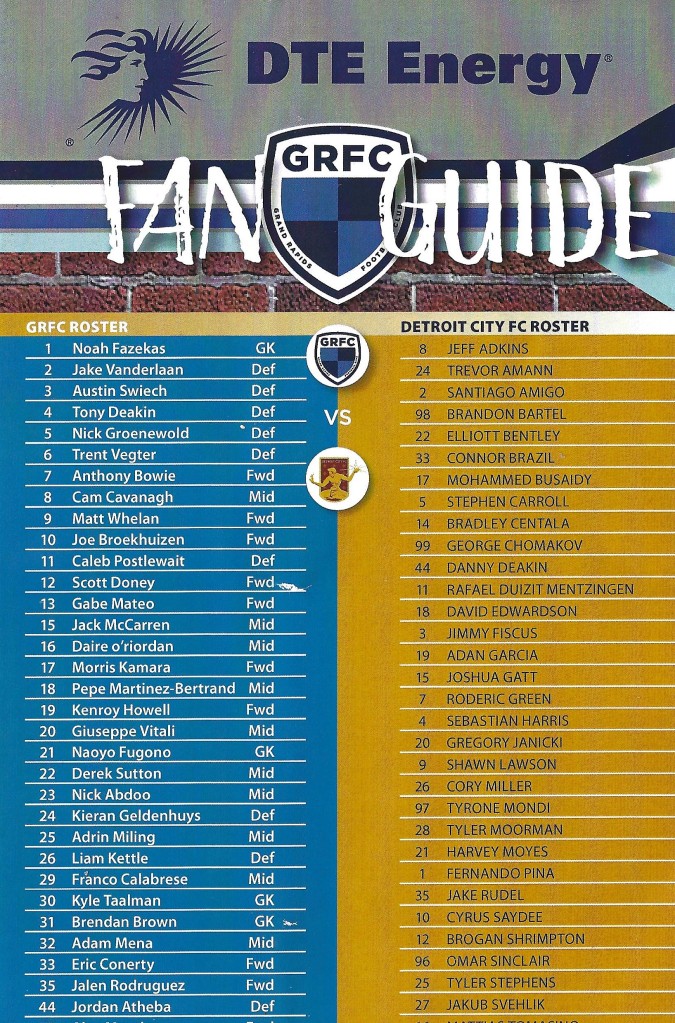 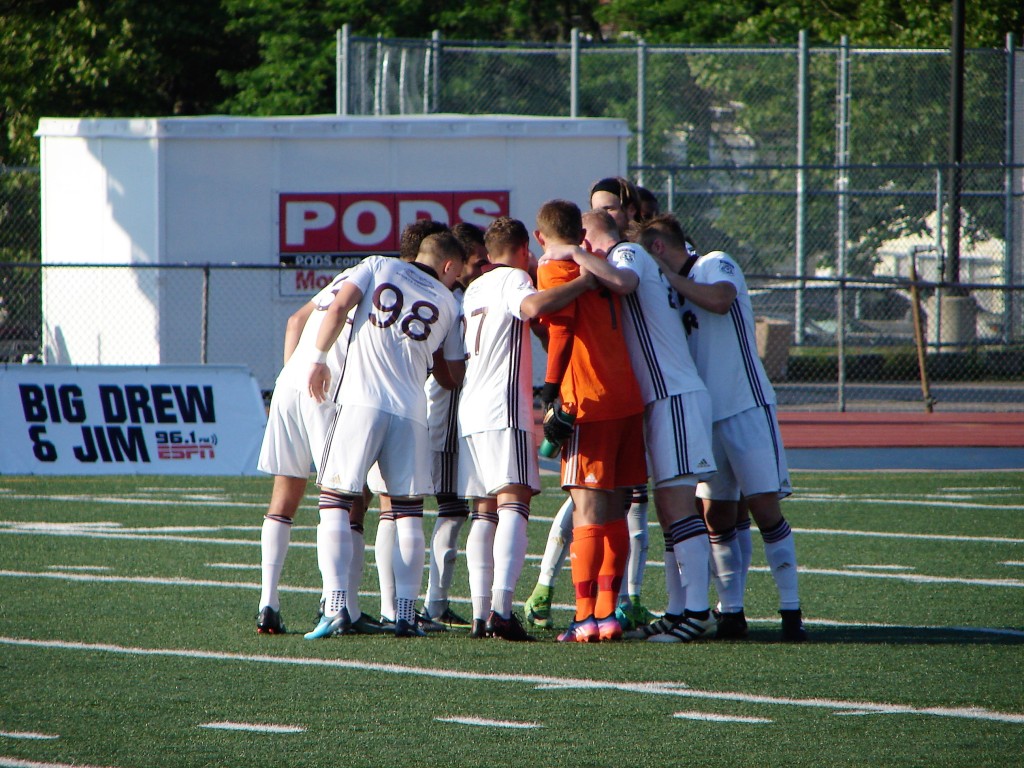 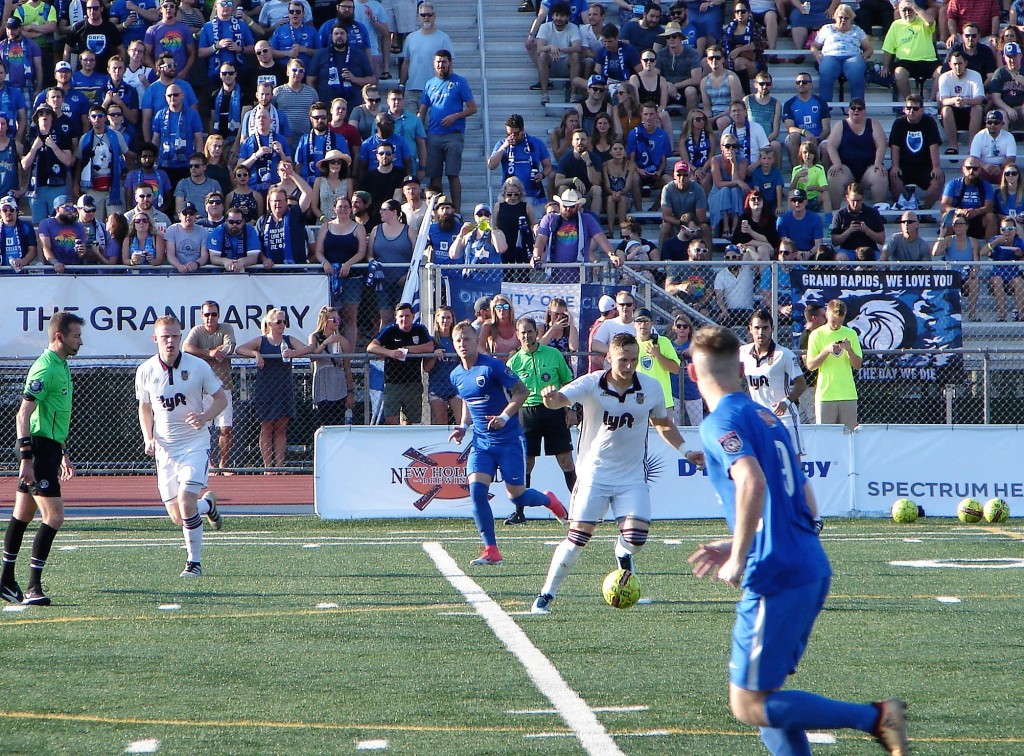 Matt Whelan put Grand Rapids on the scoresheet in the 5th minute. 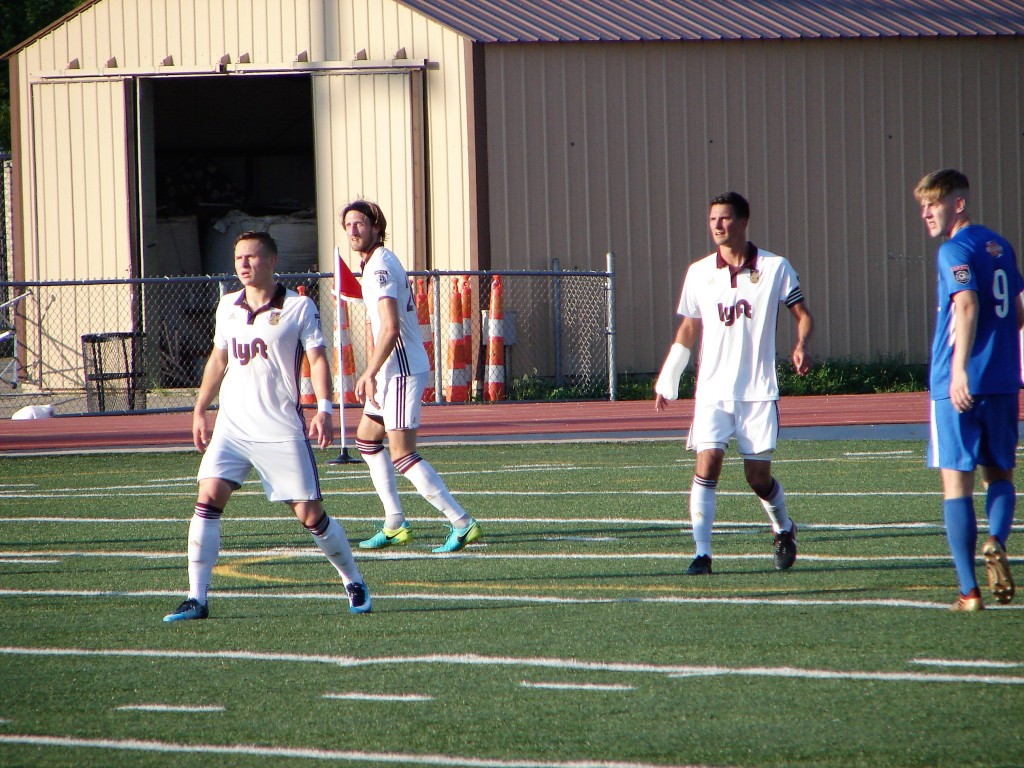 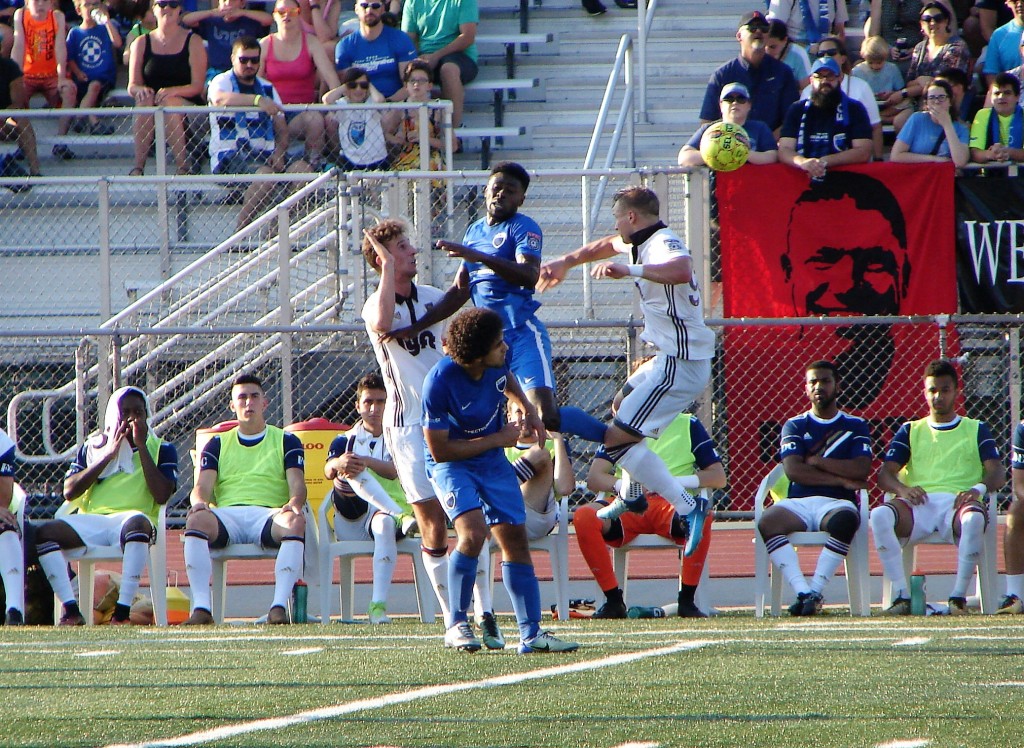 And City equalized with Jakob Svehlik’s goal in the 15th minute.  Bam! 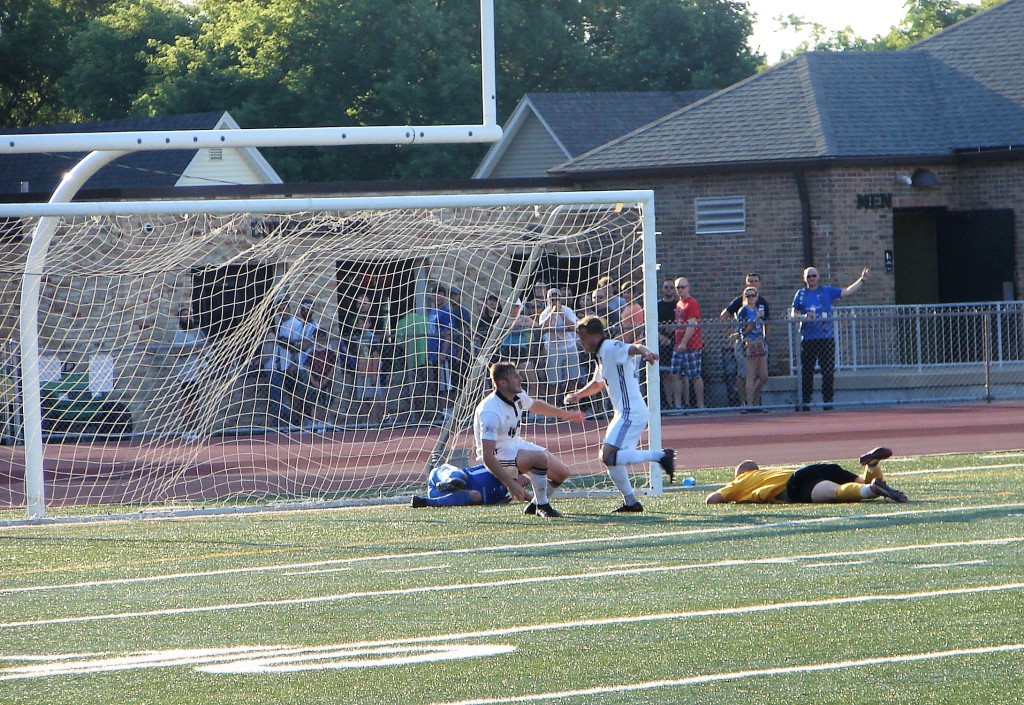 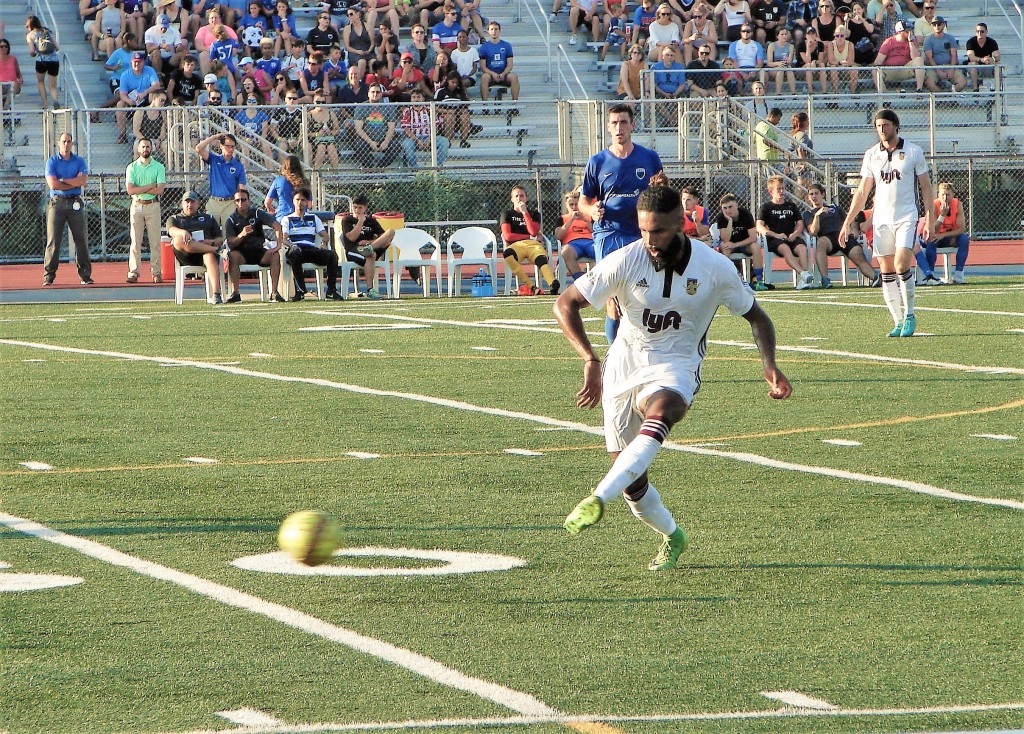 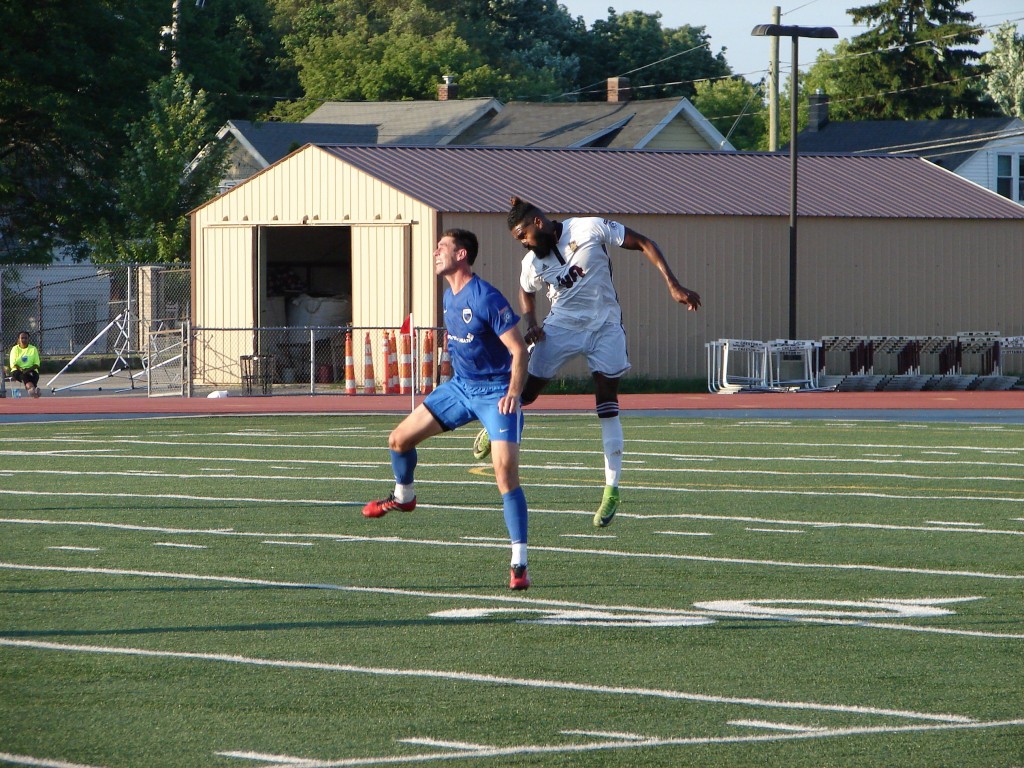 Just before the half, Scott Doney put Grand Rapids up 2-1.  Didn’t matter.  The pace of the match kept us feeling confident that a City win was possible. 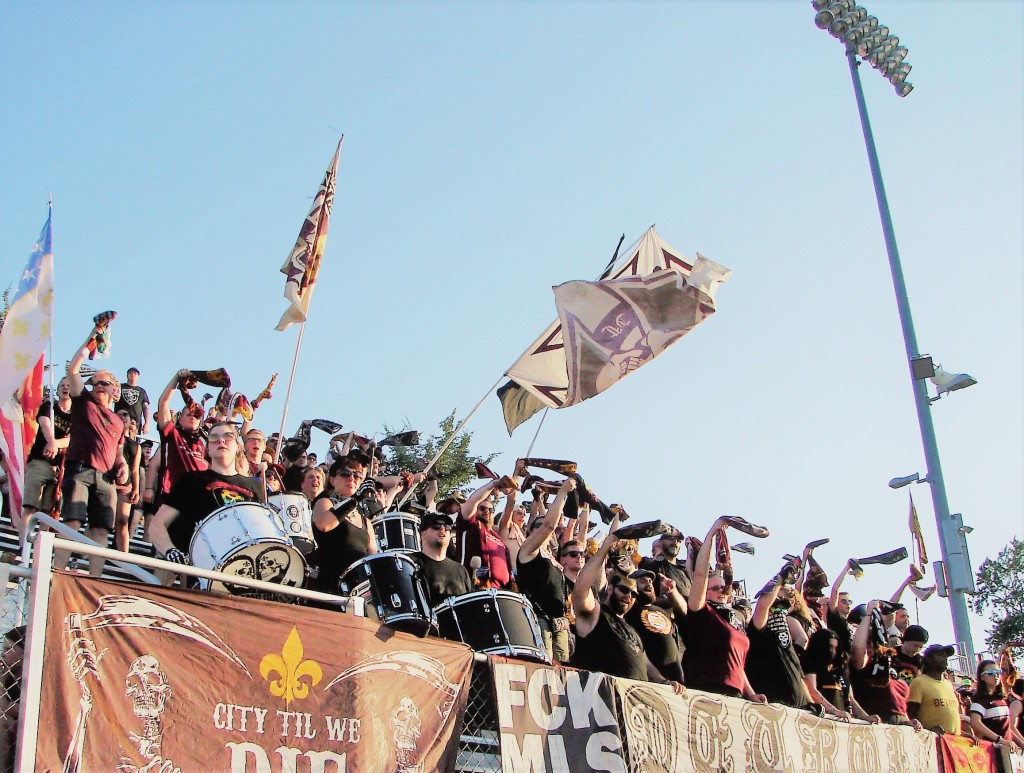 An own goal off the body of GRFC defender Trent Vegter leveled the game at two goals apiece in the 52nd minute. 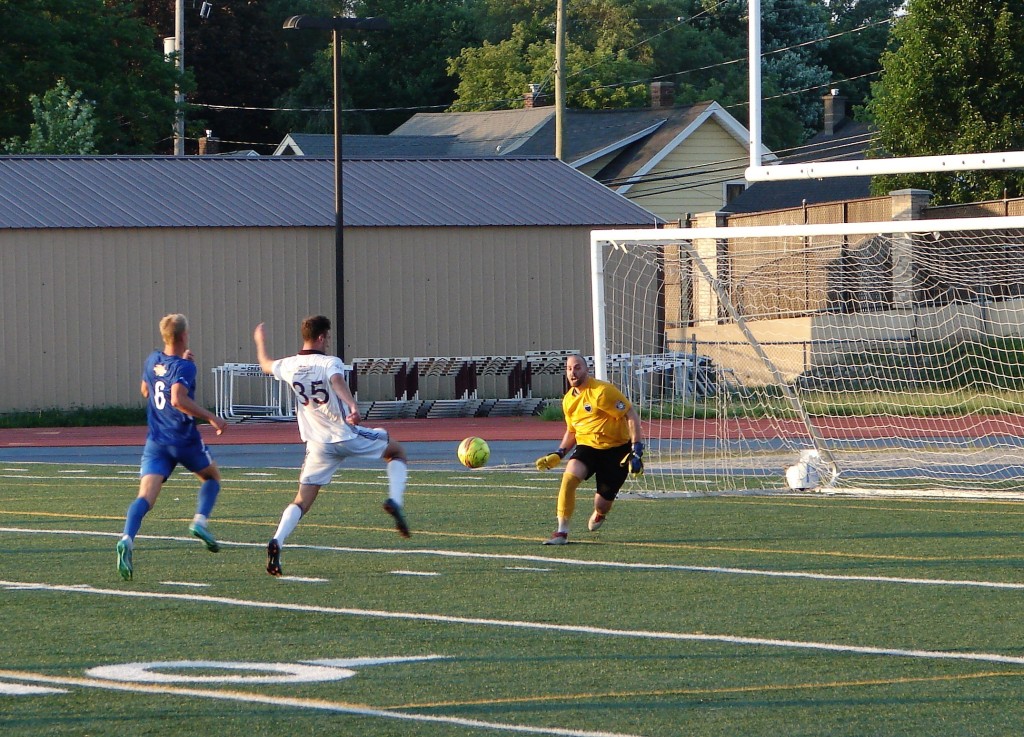 Less than ten minutes later, Shawn Lawson was fouled by keeper Noah Fazekas in the box, setting up a penalty kick.  Up to the spot stepped Shawn Lawson… 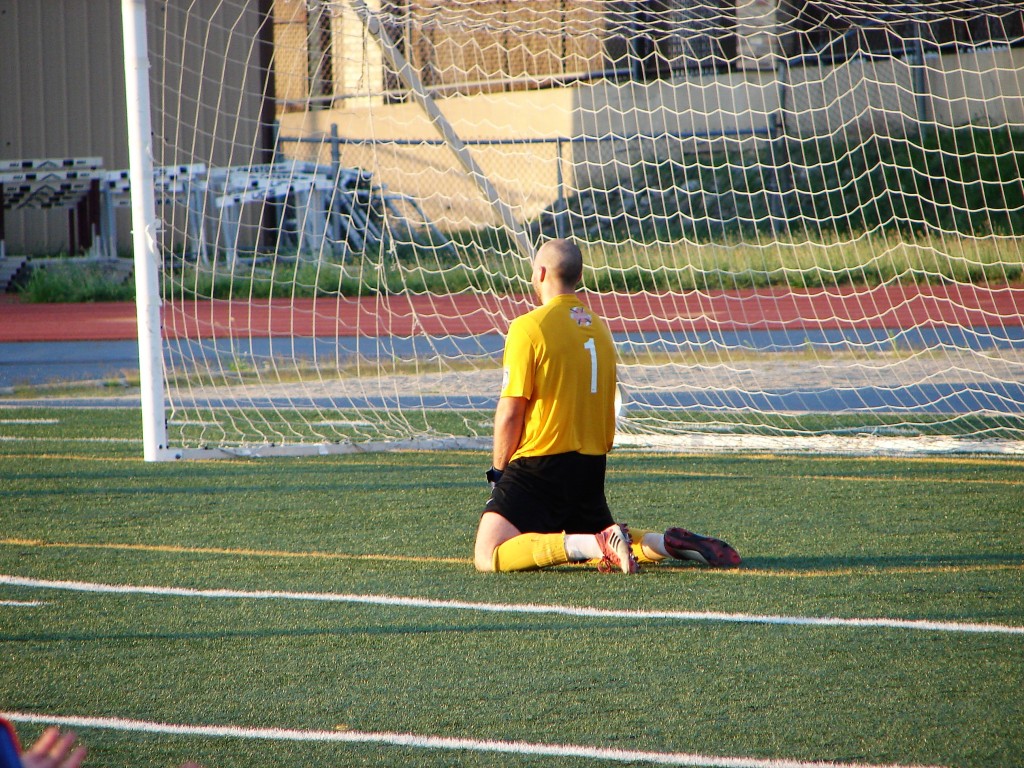 But Grand Rapids was not about to roll over, fighting for the playoff position themselves, they rallied with two goals.  The first came almost immediately after Lawson’s penalty kick when Matt Whelan scored his second goal of the match in the 63rd minute.  Seventeen minutes later, a perfect strike off the foot of Caleb Postlewait put them ahead, 4-3.

There was still fight in City, as Roddy Green scored in added time to tie the match. 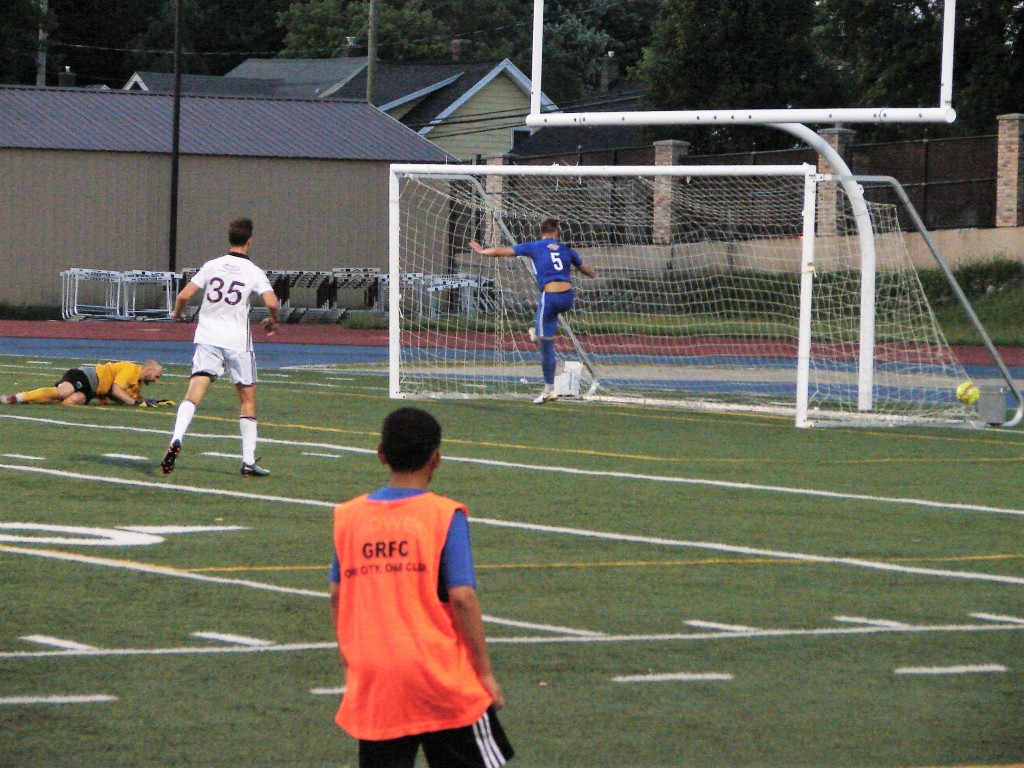 But there wasn’t enough time in the tank to snatch the three points.  We couldn’t complain about the effort the team this evening.  Two years ago, we walked out of this very stadium having suffered our team’s worst NPSL performance.  Tonight, they had everything to play for, and they put it all out there to the final second.  In the end, the playoffs were just not meant to be this season.