Kevin Taylor scored on a penalty in the thirty-sixth minute to tie the match. 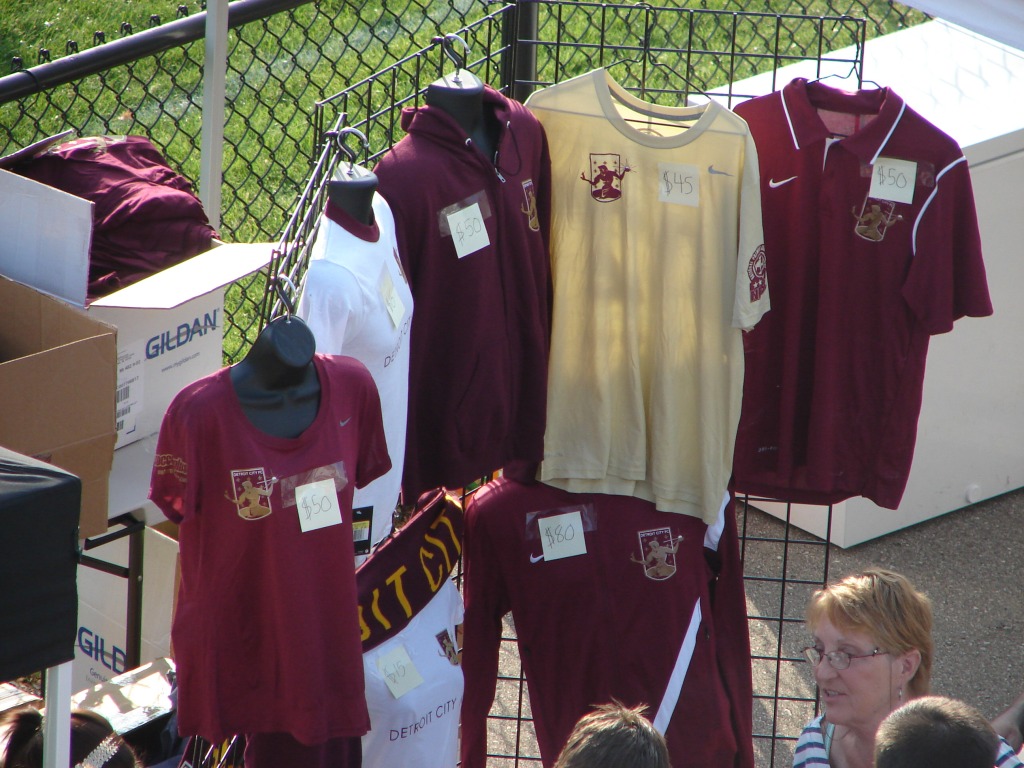 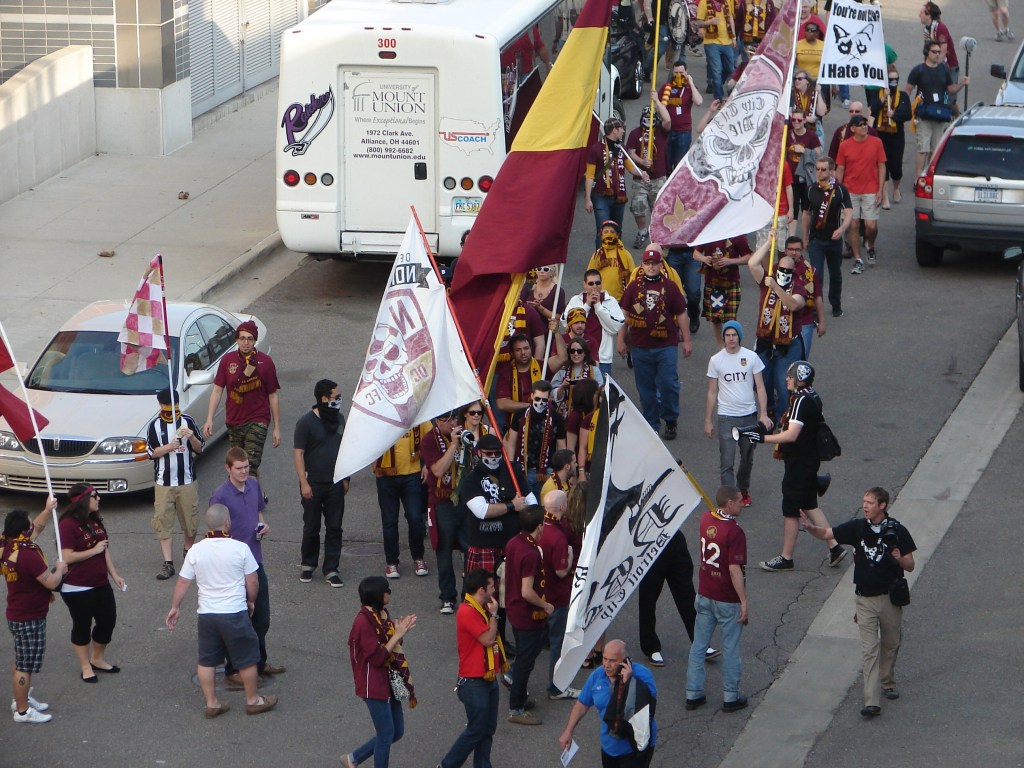 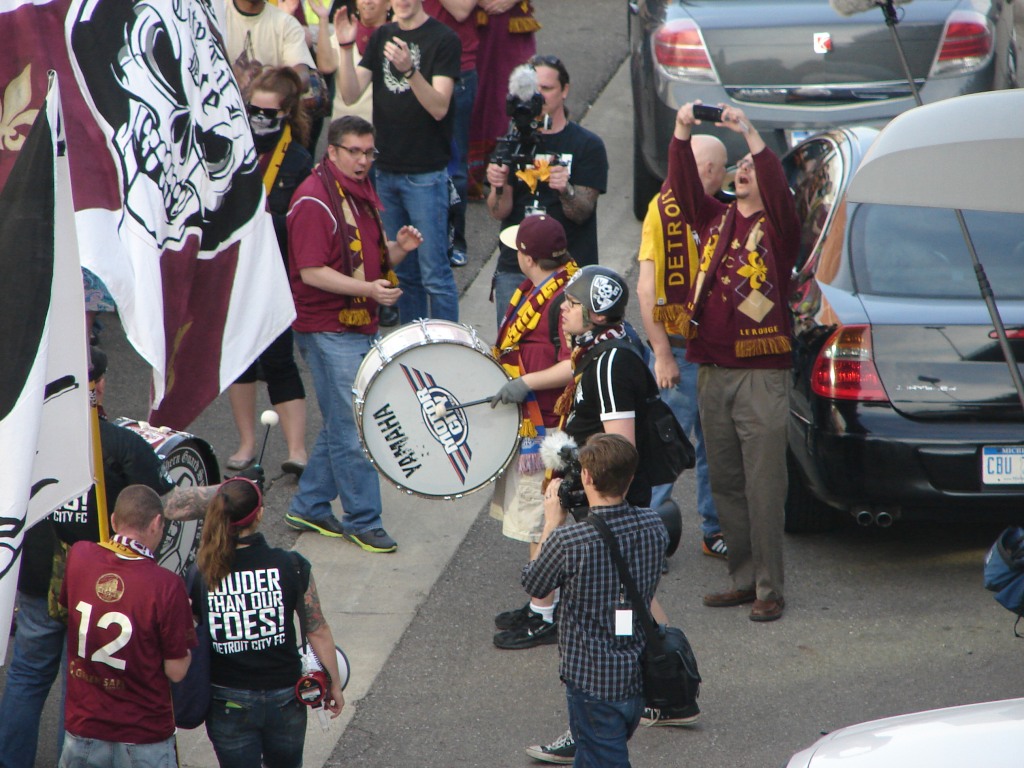 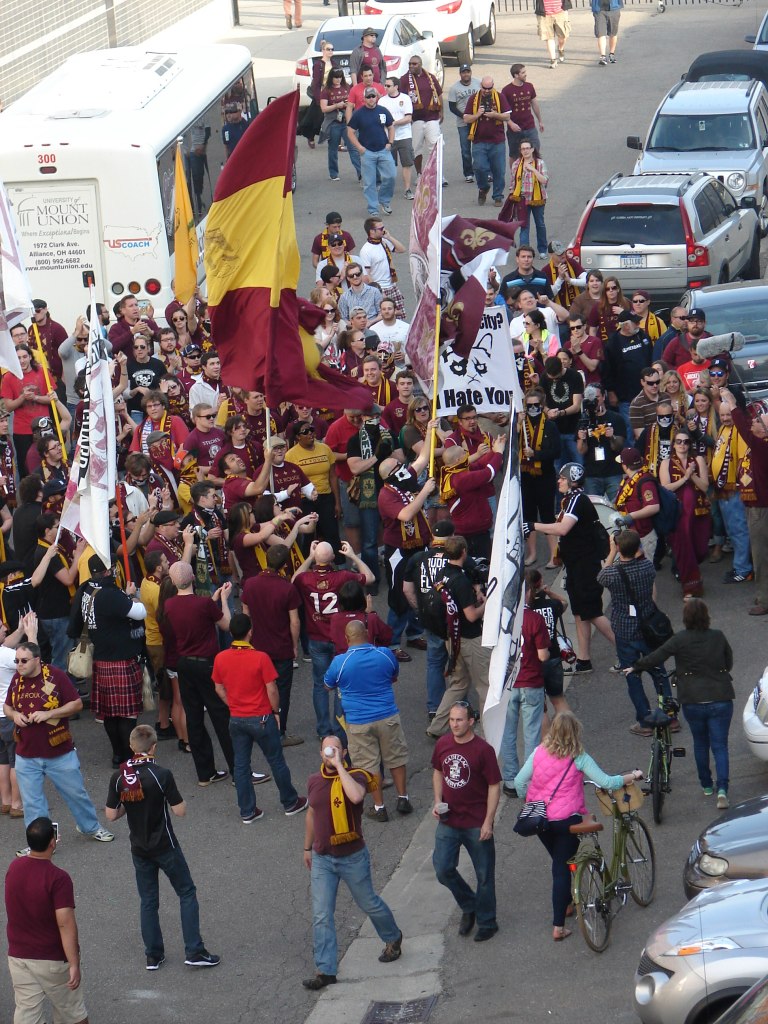 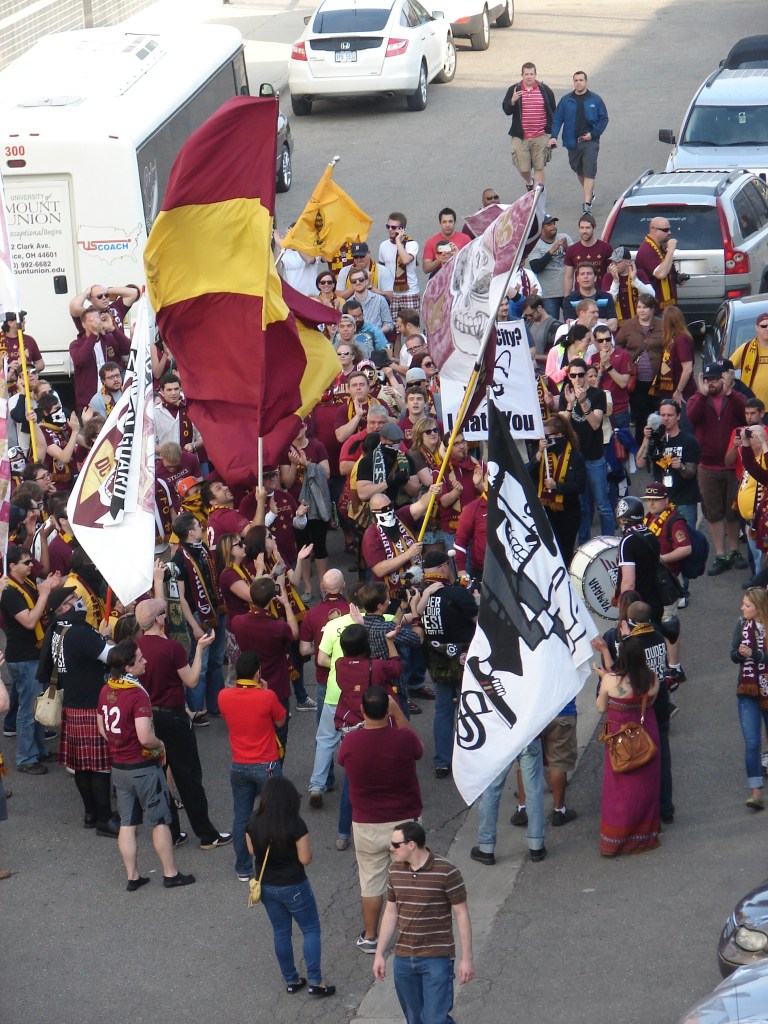 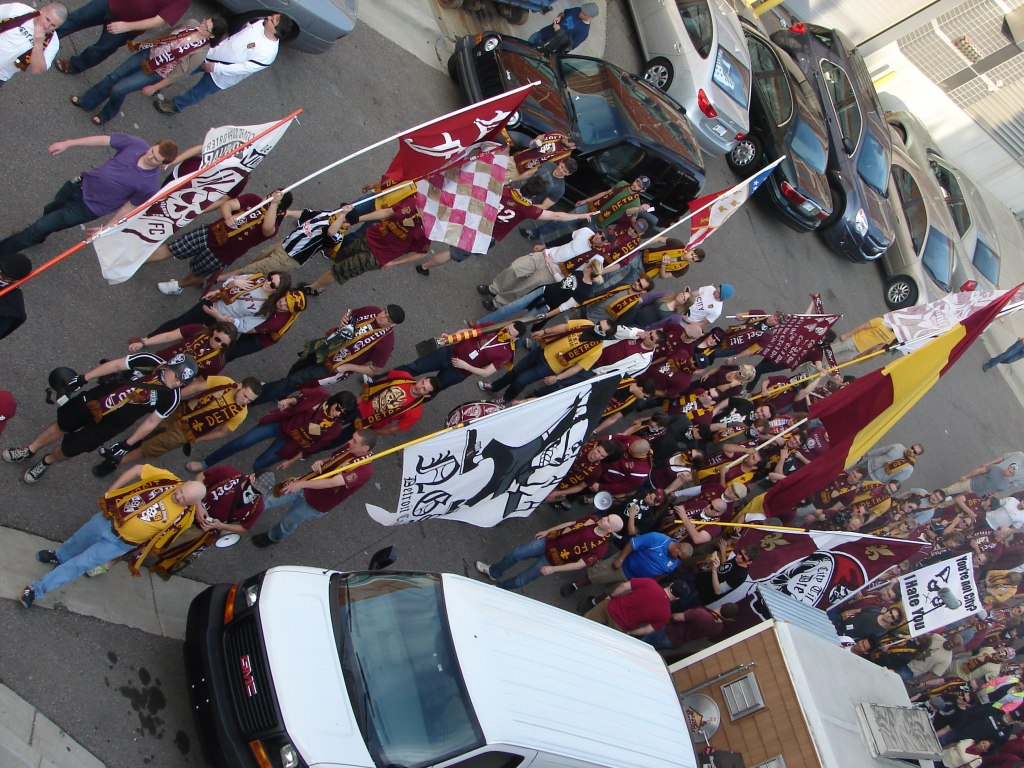 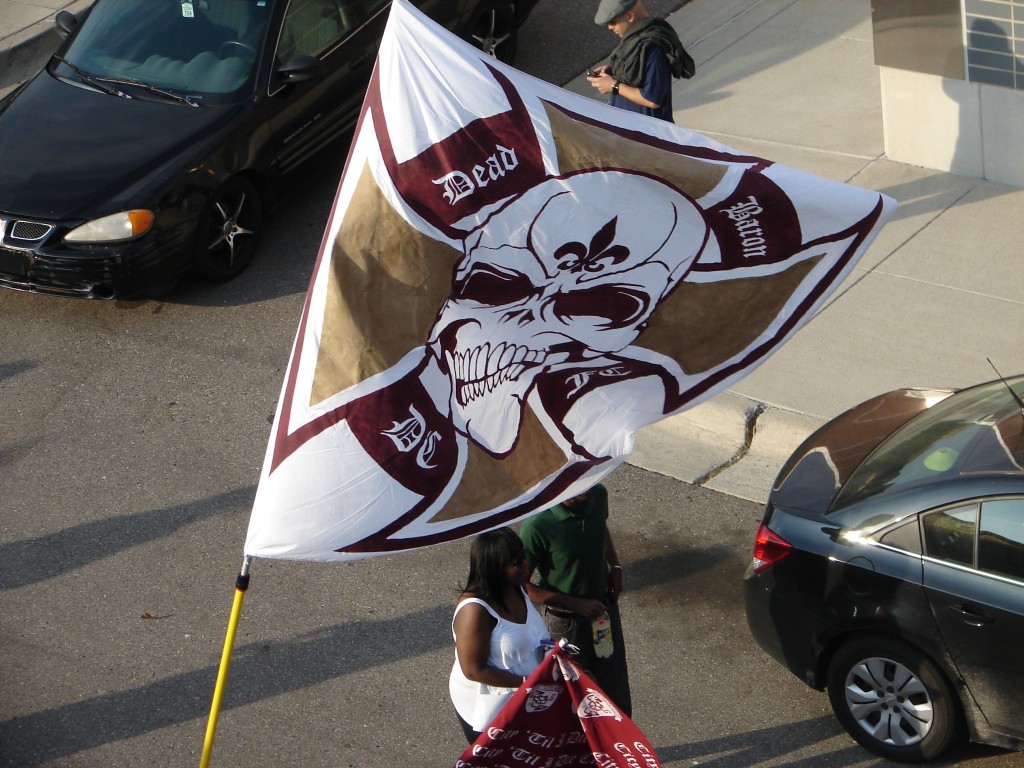 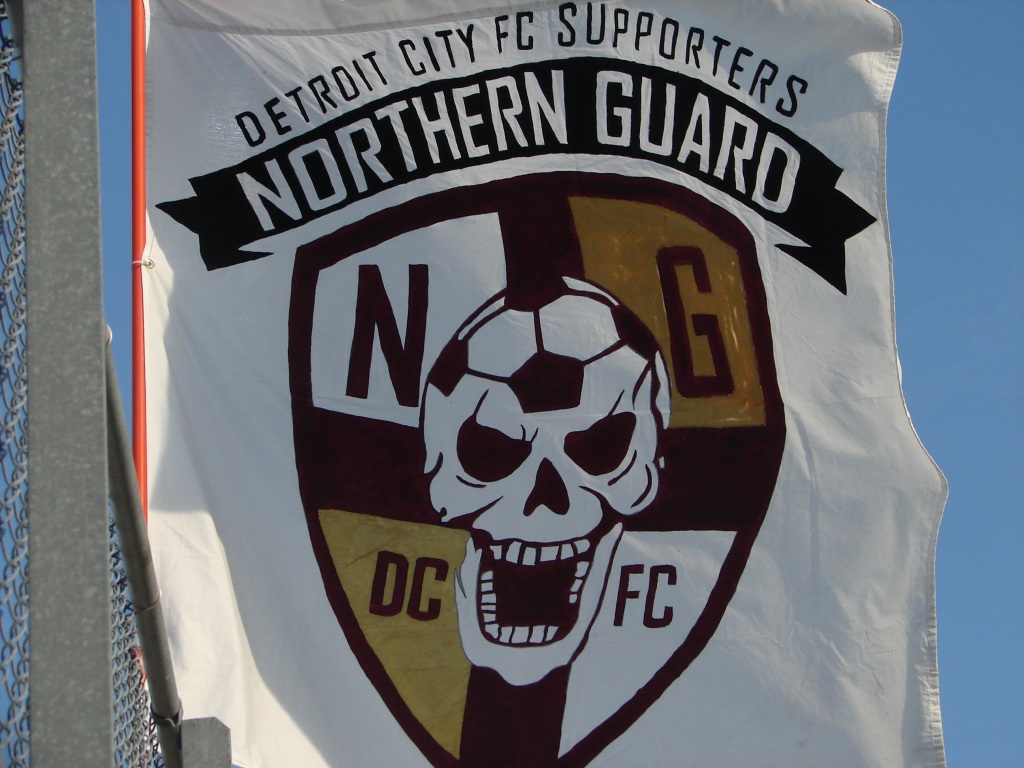 Below is one of my favorite shots.  The shadows cast upon the pitch by the Supporters. 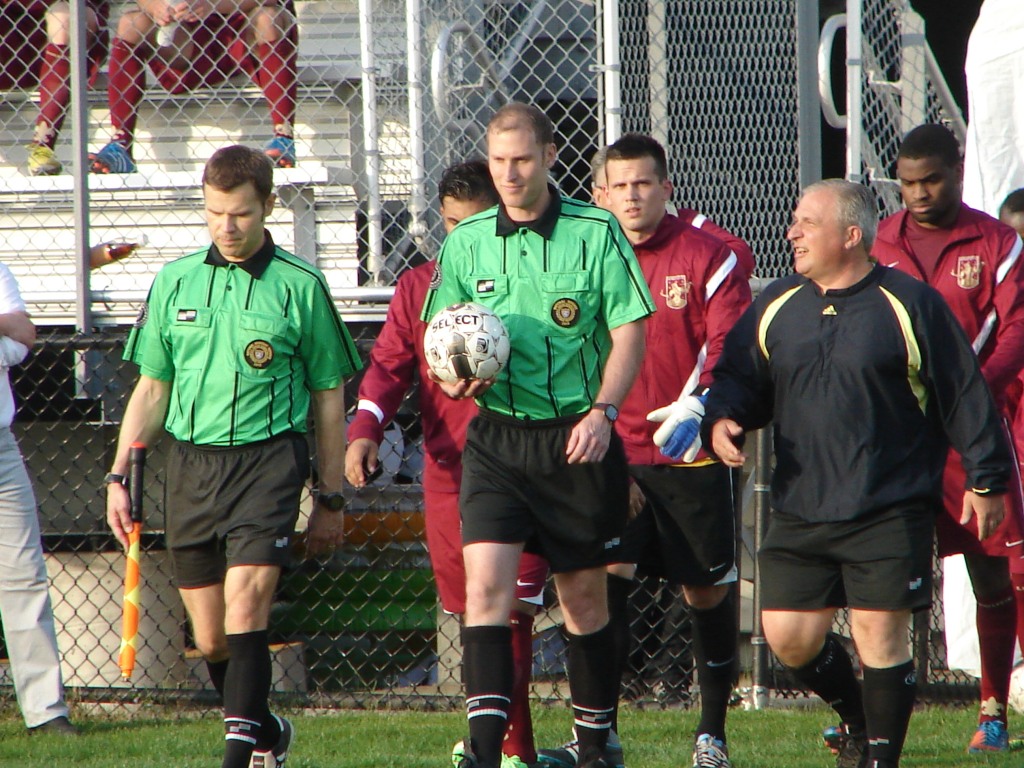 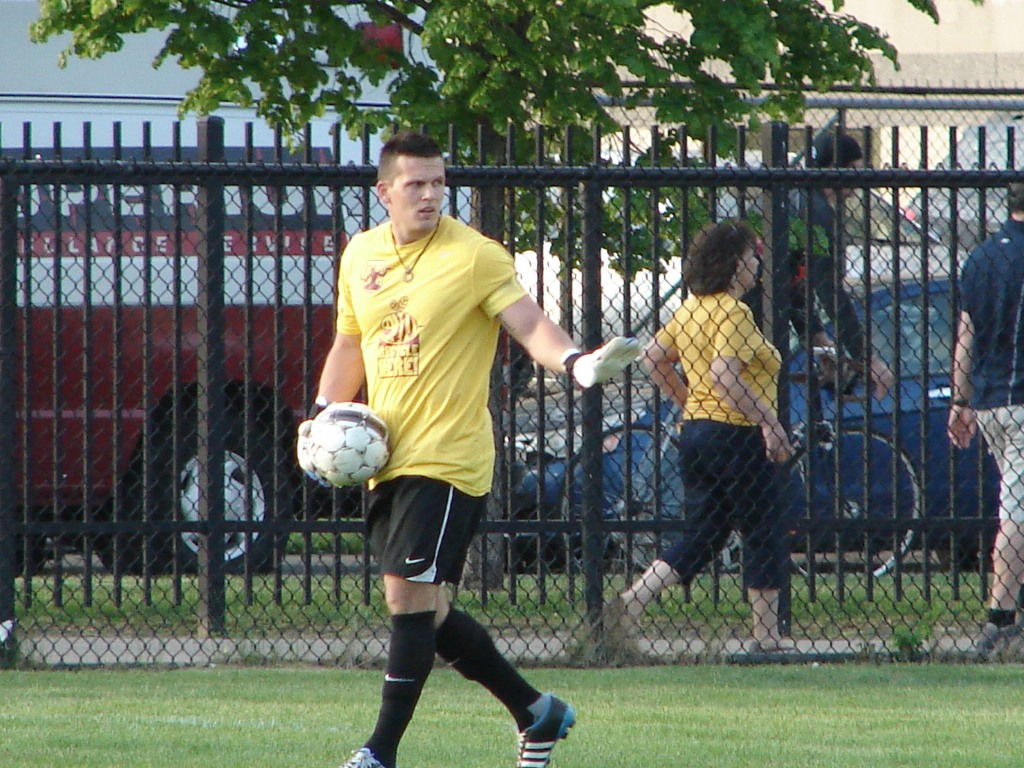 Below is another of my favorites.  The run of play against the Detroit skyline. 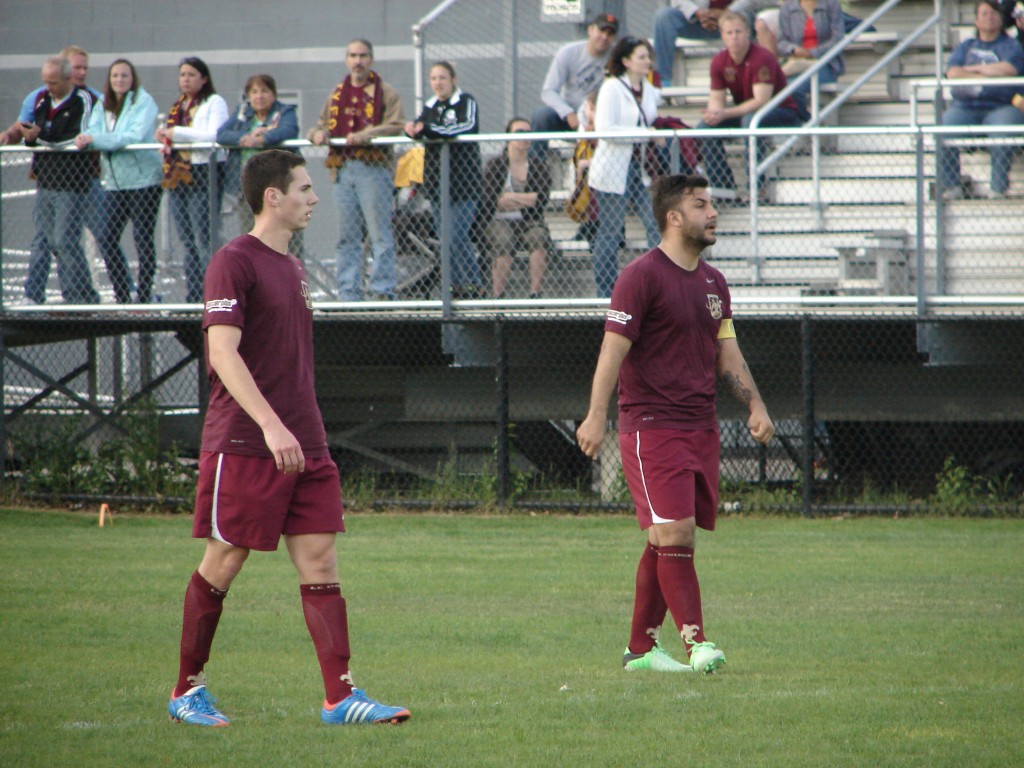 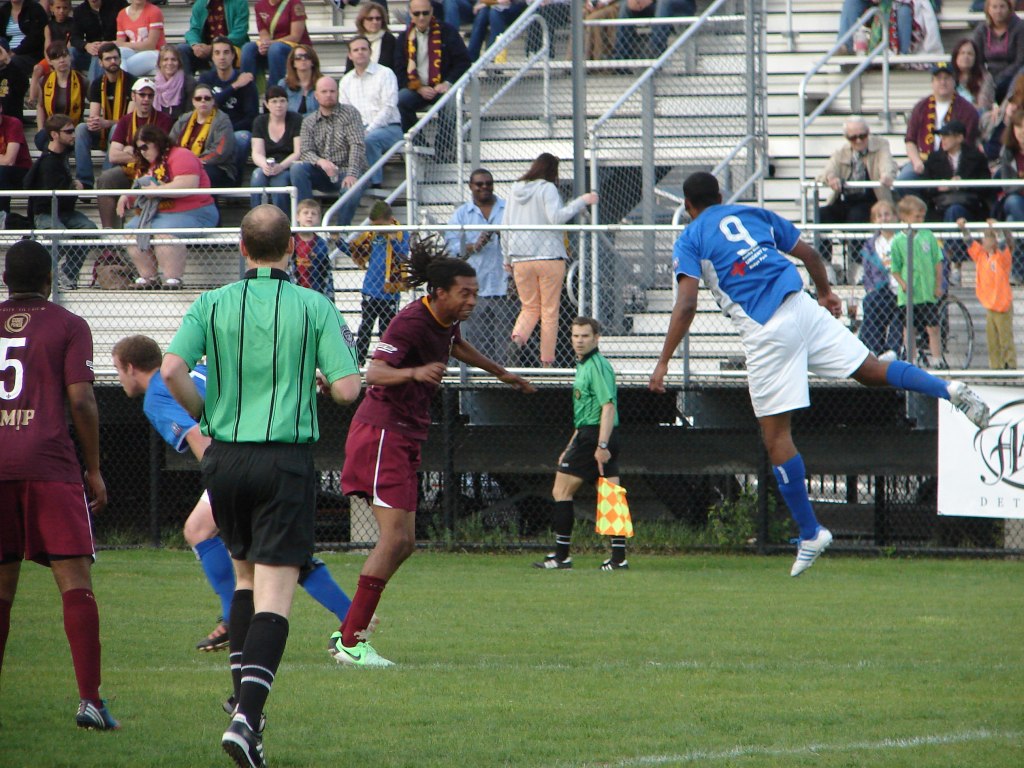 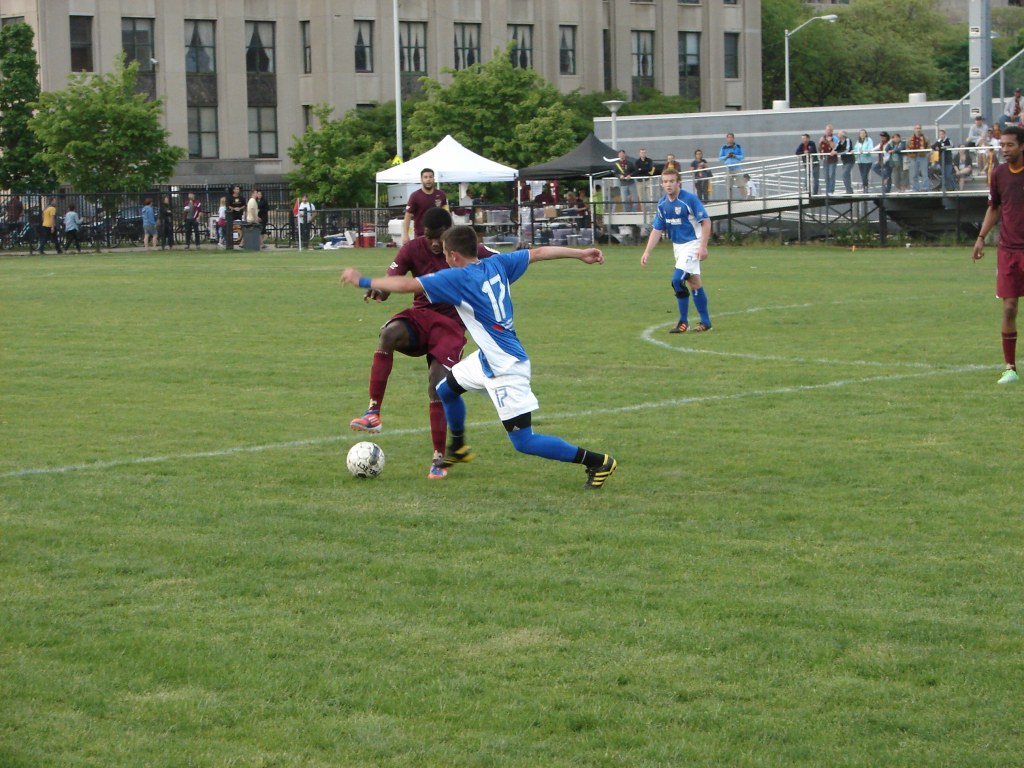 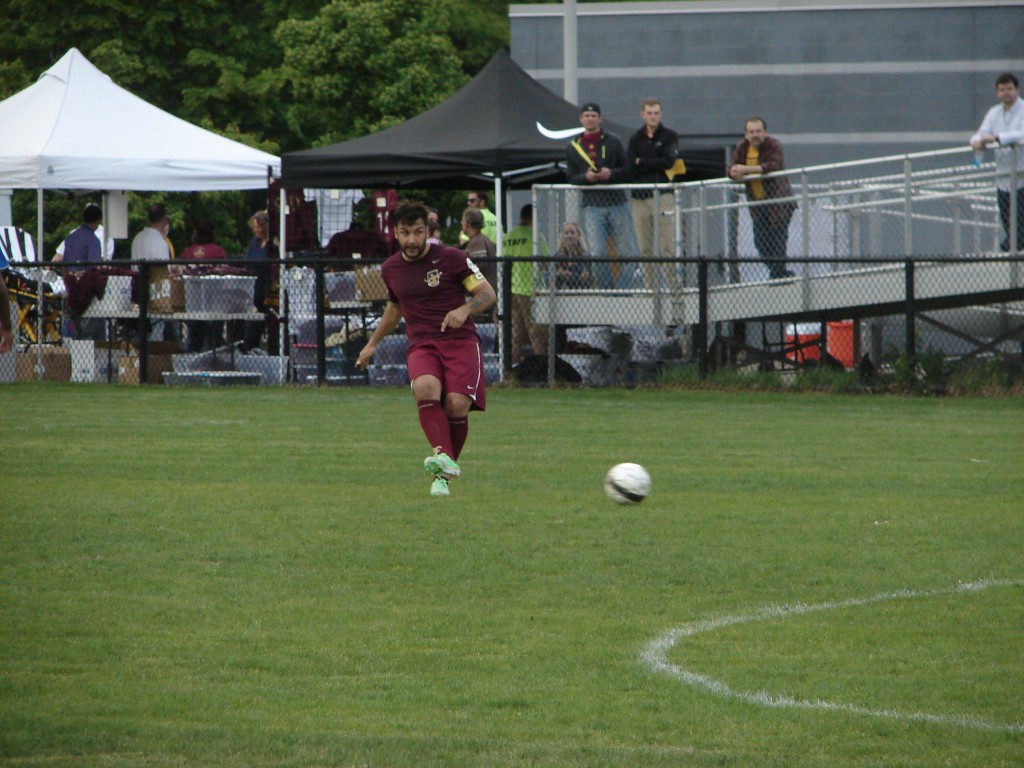 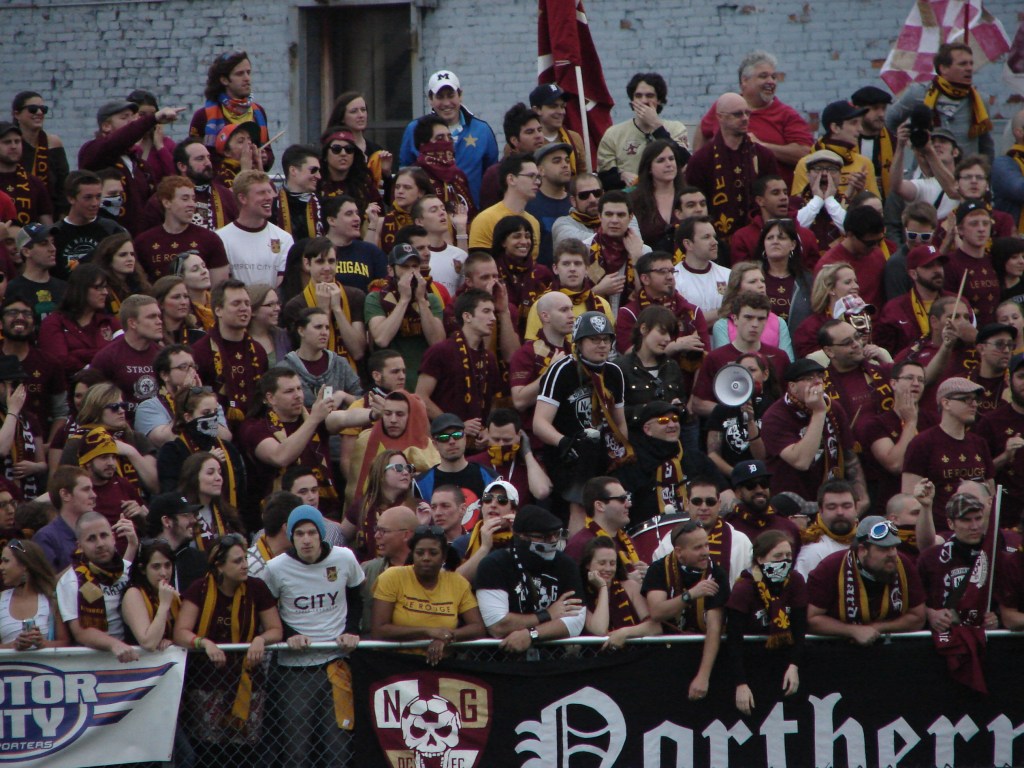 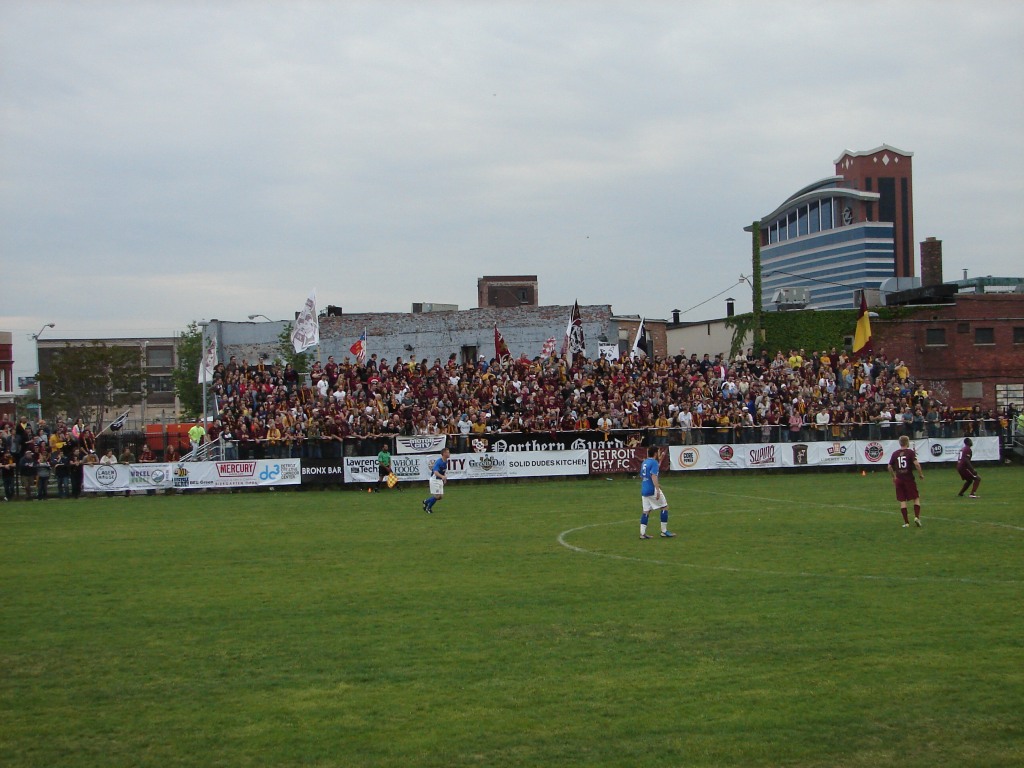 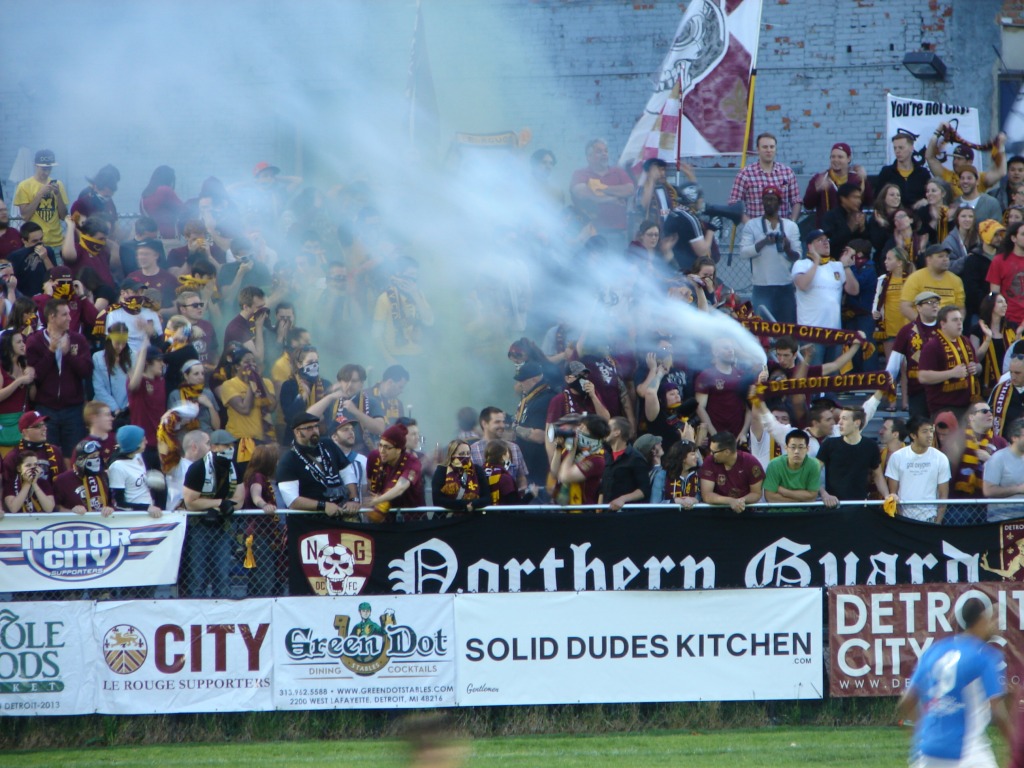