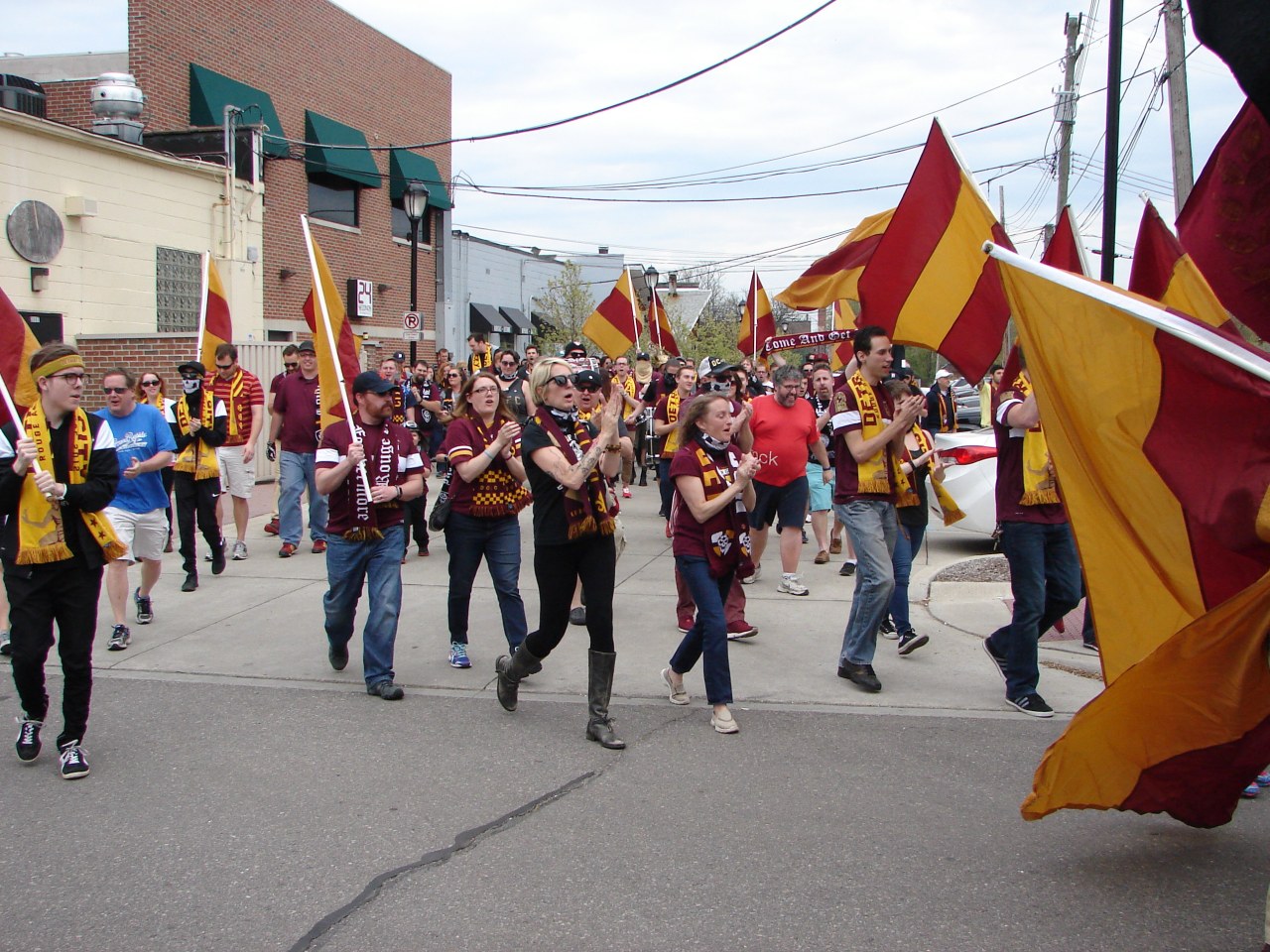 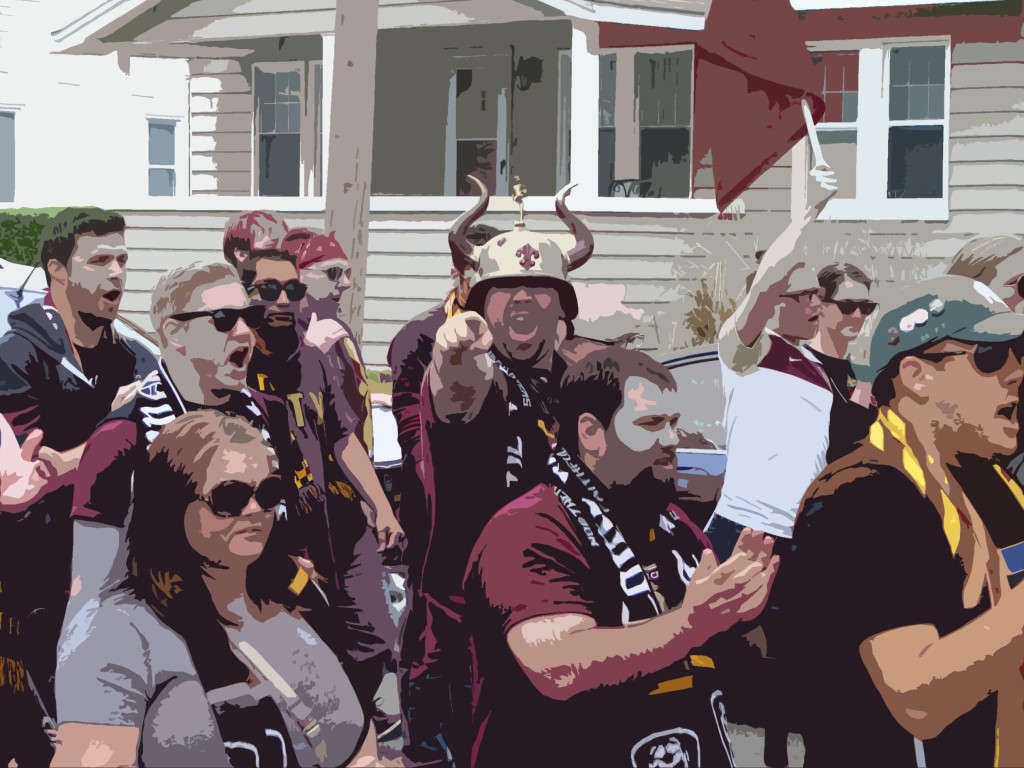 The smoke.  The drums.  The flags.  The familiar faces, reconnecting with brothers and sisters from other mothers.

This is the Northern Guard Supporters.  This is the beginning of the 2016 Detroit City FC Season.

The promise of the 2016 Season created a lot of energy and buzz.  We were entering our new stadium.  We were going to host FC United of Manchester.  Five of our six opponents were located in the State of Michigan, the sixth in Dayton, (Fuck) Ohio.  And we were going to face the Michigan Bucks in the Lamar Hunt U.S. Open Cup again.

A friendly was played against the Windsor Stars in Windsor, Ontario on April 24, 2016, but I was unable to attend.  Crossing the border requires either a passport or State of Michigan Enhanced Drivers License, of which I have neither.  I do need to at least get the enhancement to my drivers license.  I do miss going into Canada.

Though the weatherman predicted rain, and the skies were gray, as it drew game time, the clouds parted and provided a spotlight on our team.  And they shined in it.  Our opponent, the neon-green, team-without-a-league, Muskegon Risers, provided a good tune-up leading into the game against the Bucks.

The Northern Guard Supporters were also in good voice, as they broke out a new song, and reignited the tetris.

It provided a good tune-up for me, as well.  Hobbling about the field due to severe discomfort in my right heel (later diagnosed as Plantar fasciitis), it still felt good to be back shooting supporters and soccer players in action. 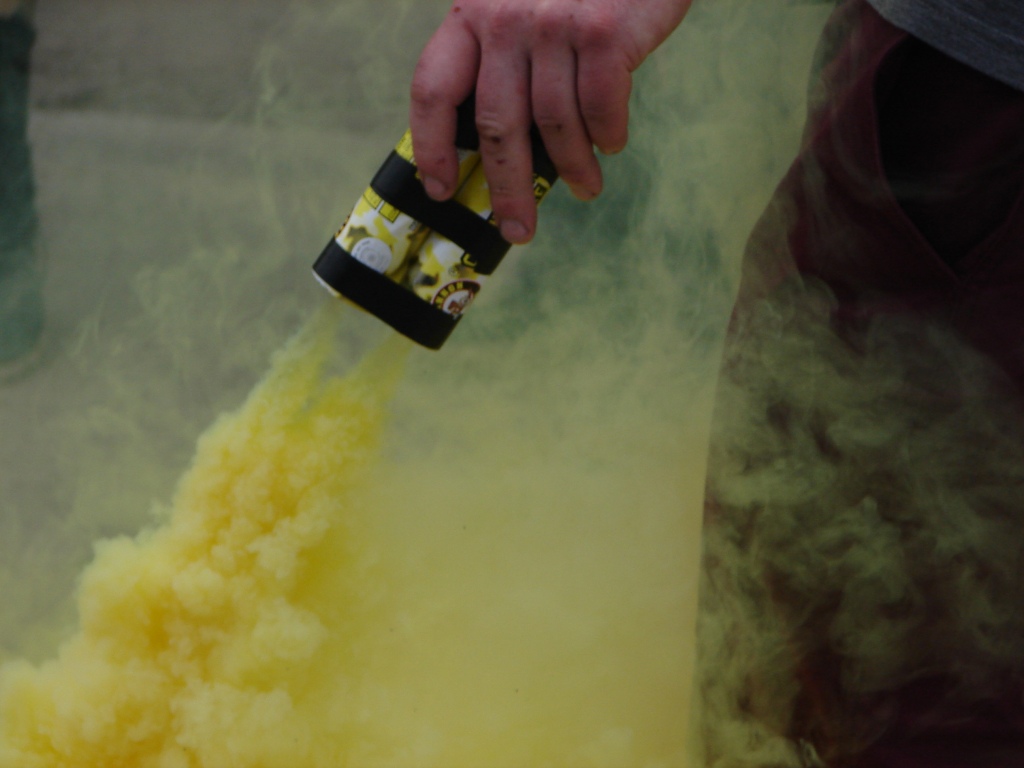 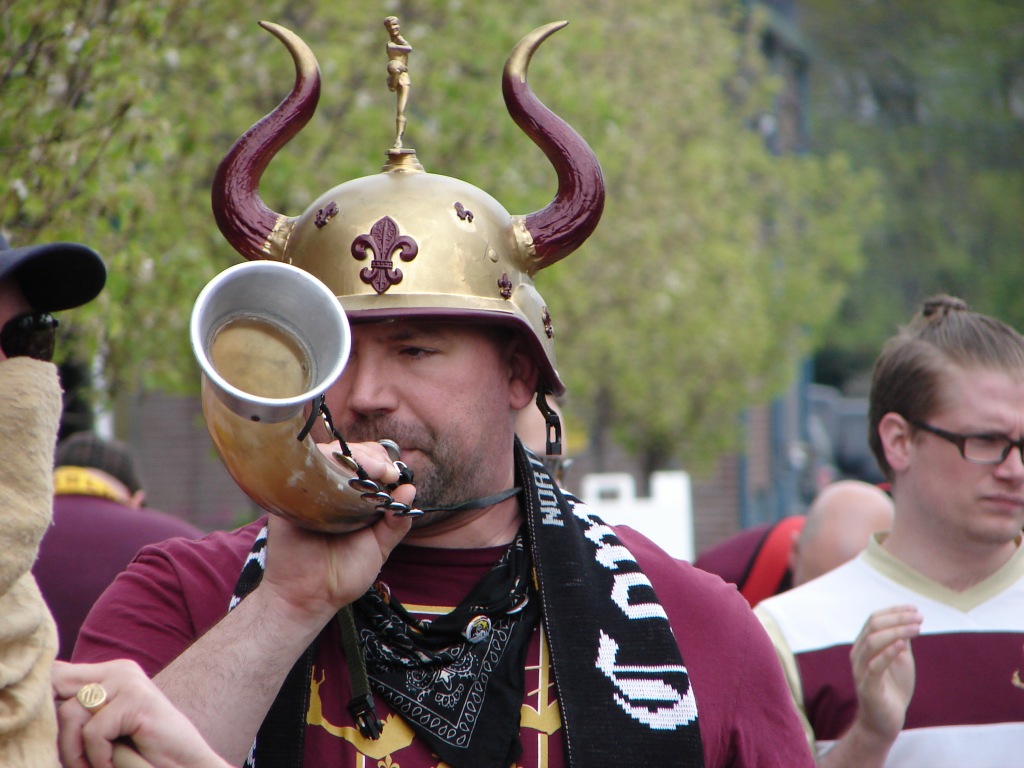 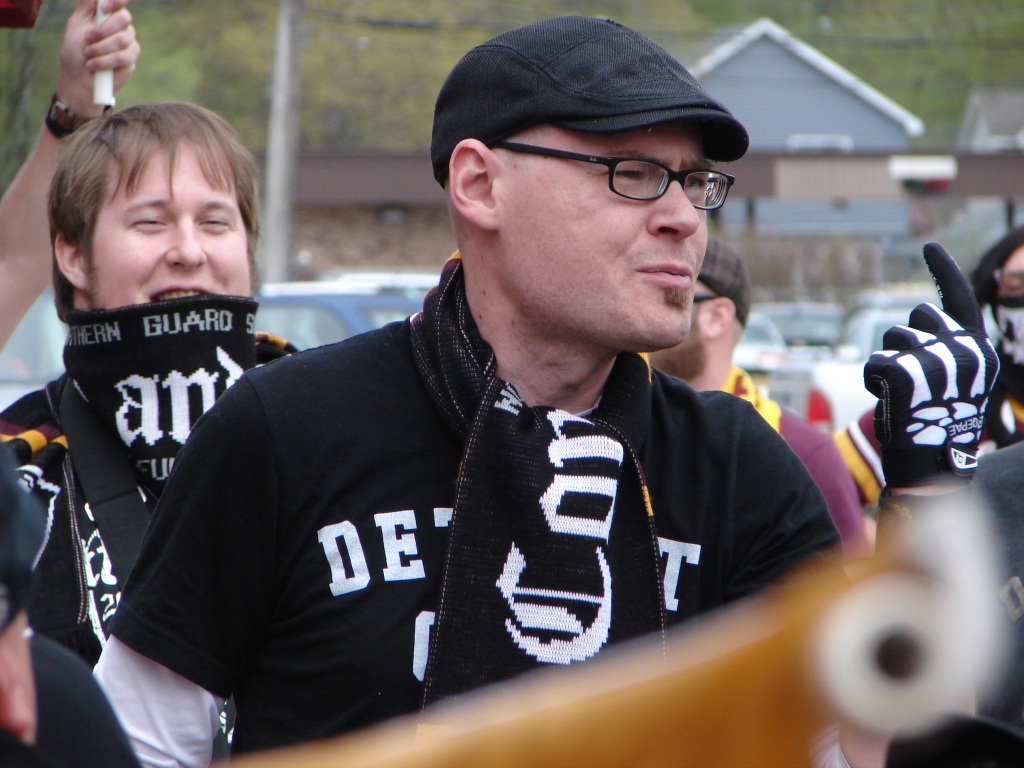 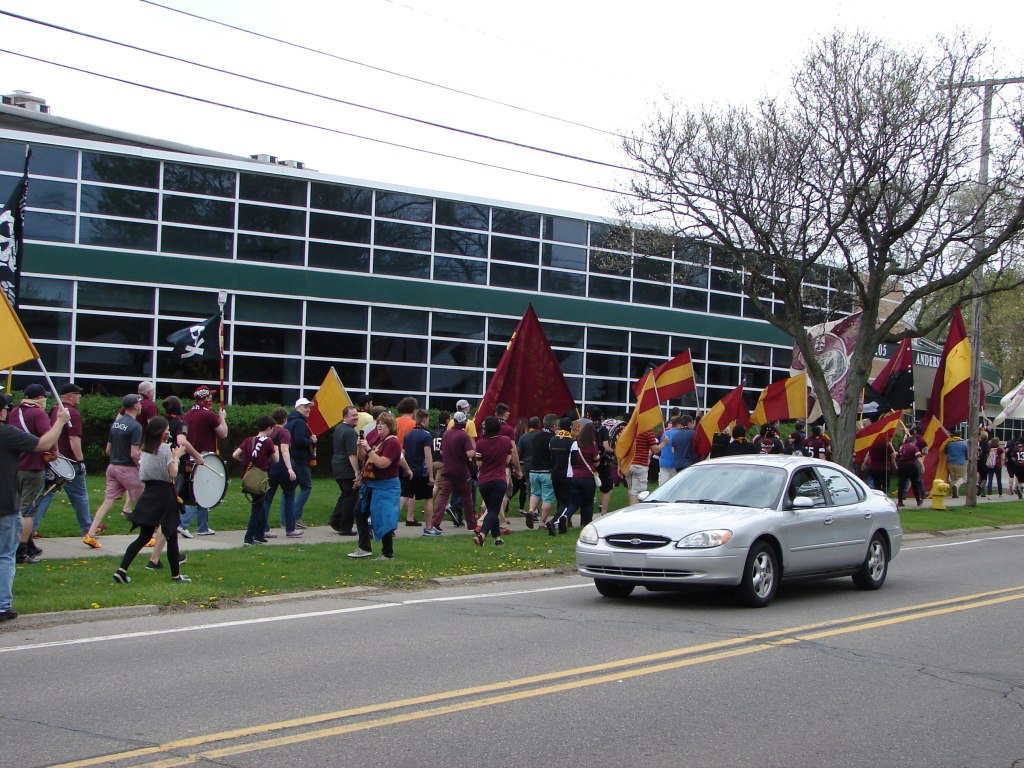 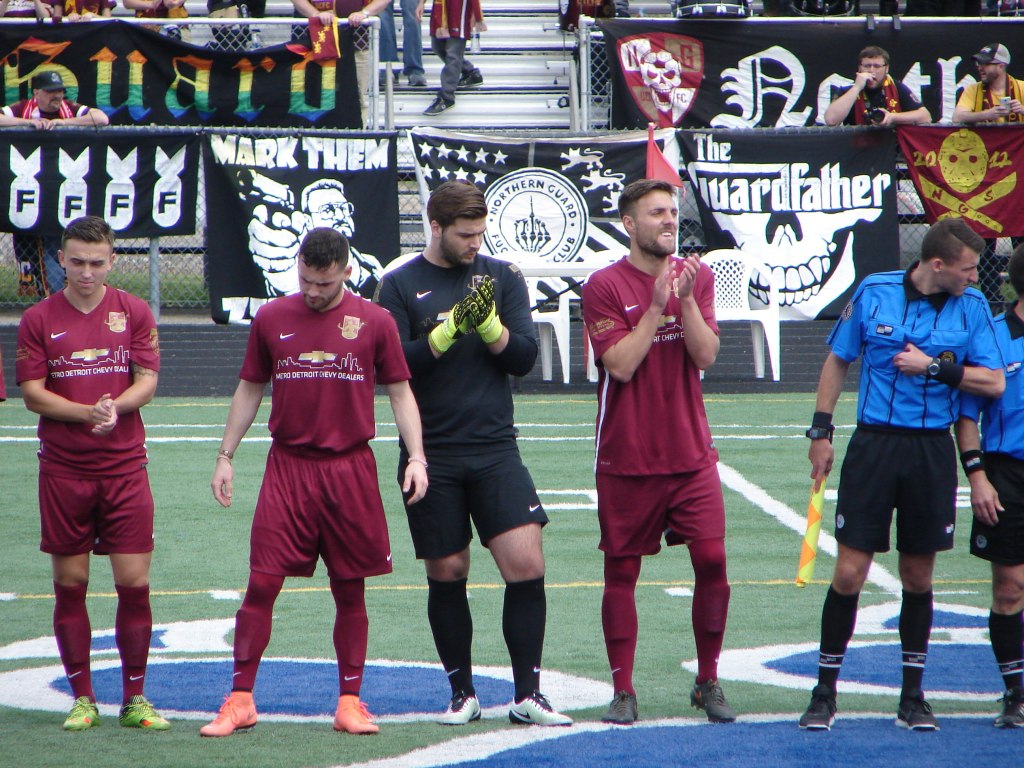 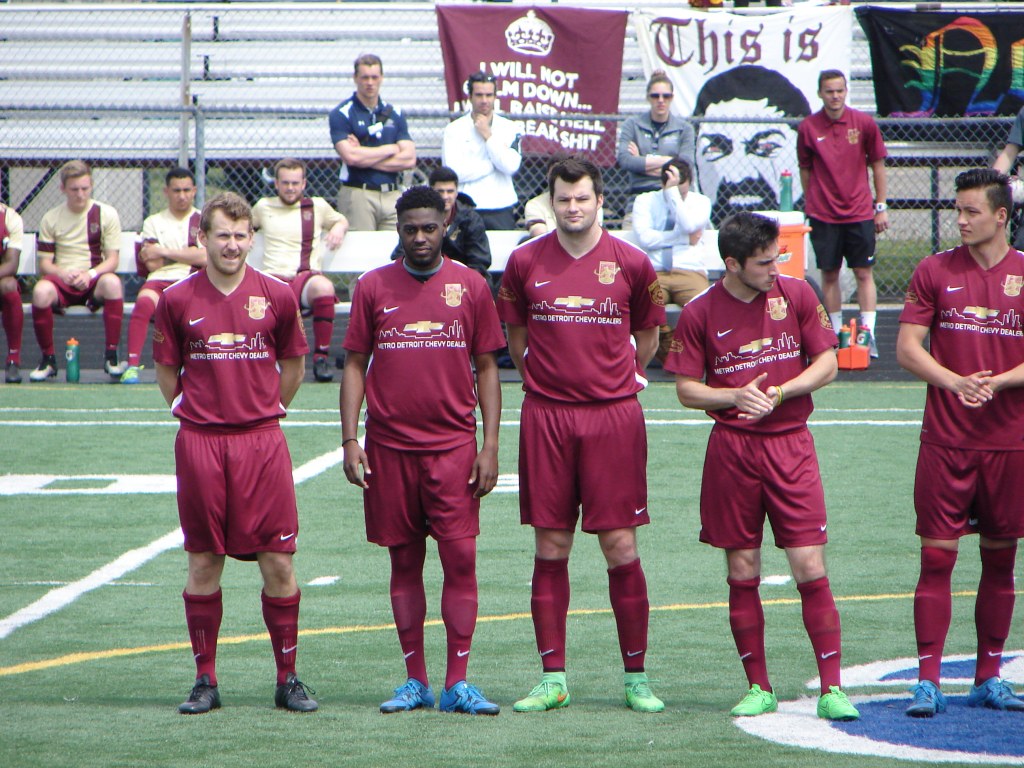 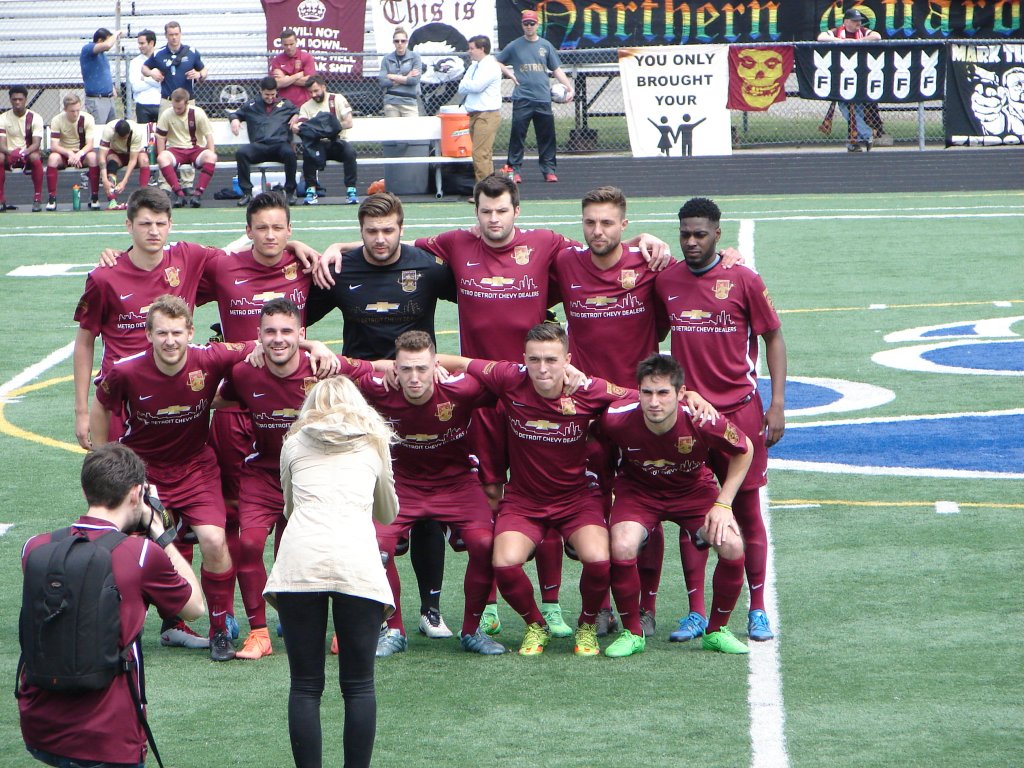 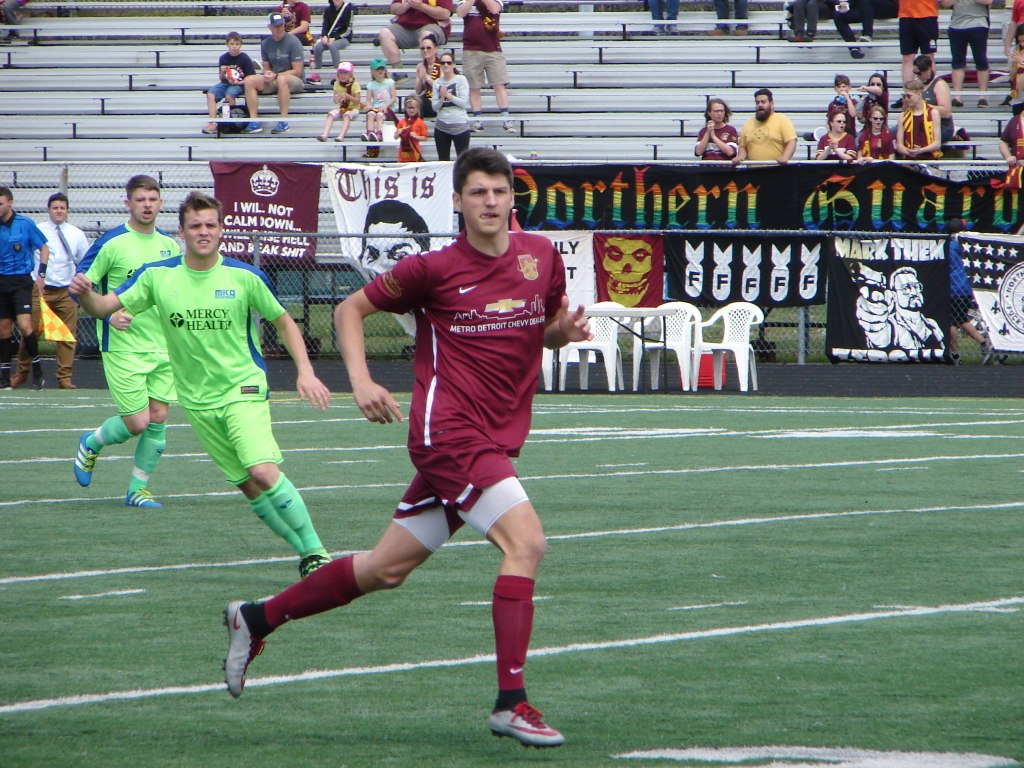 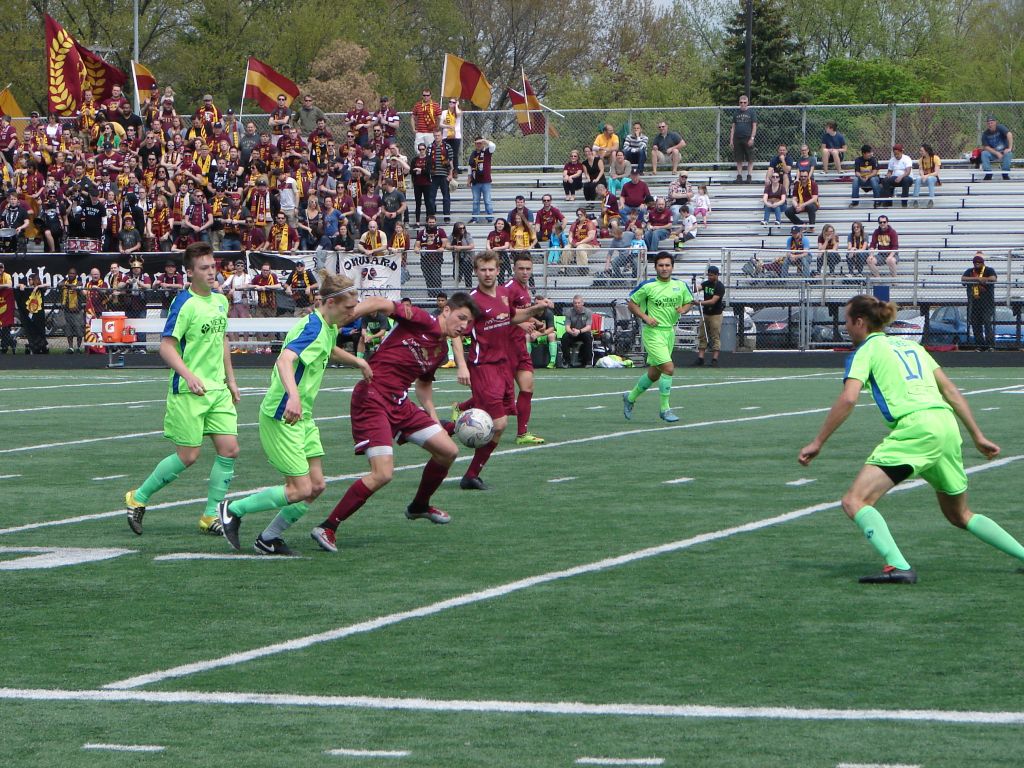 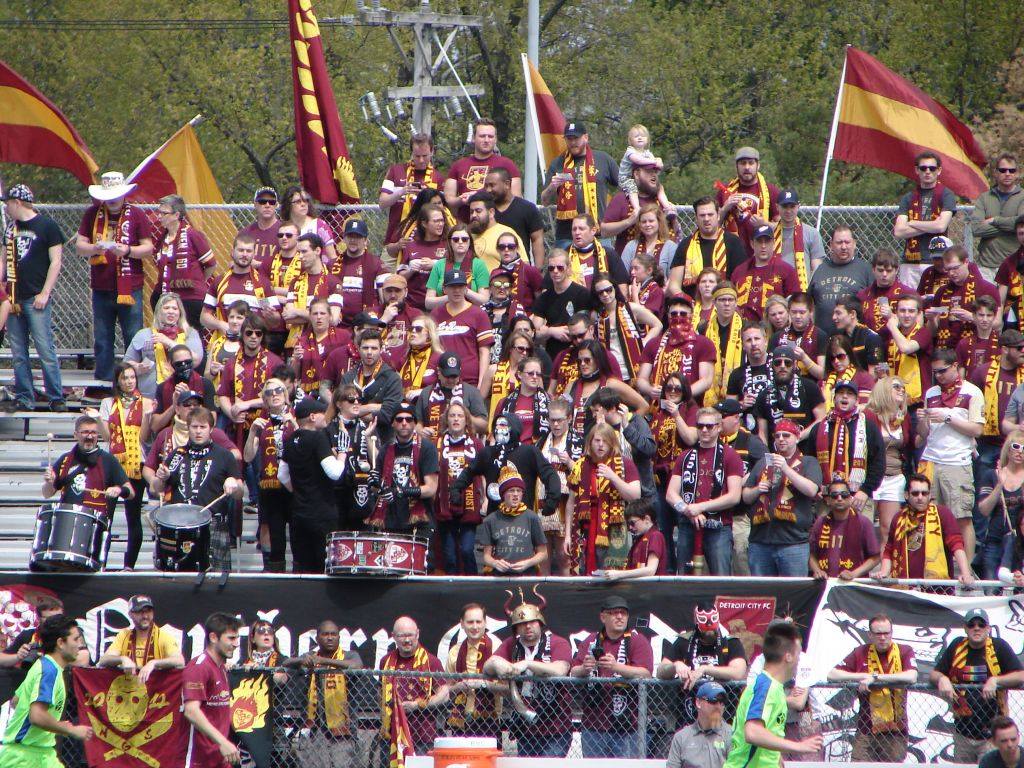 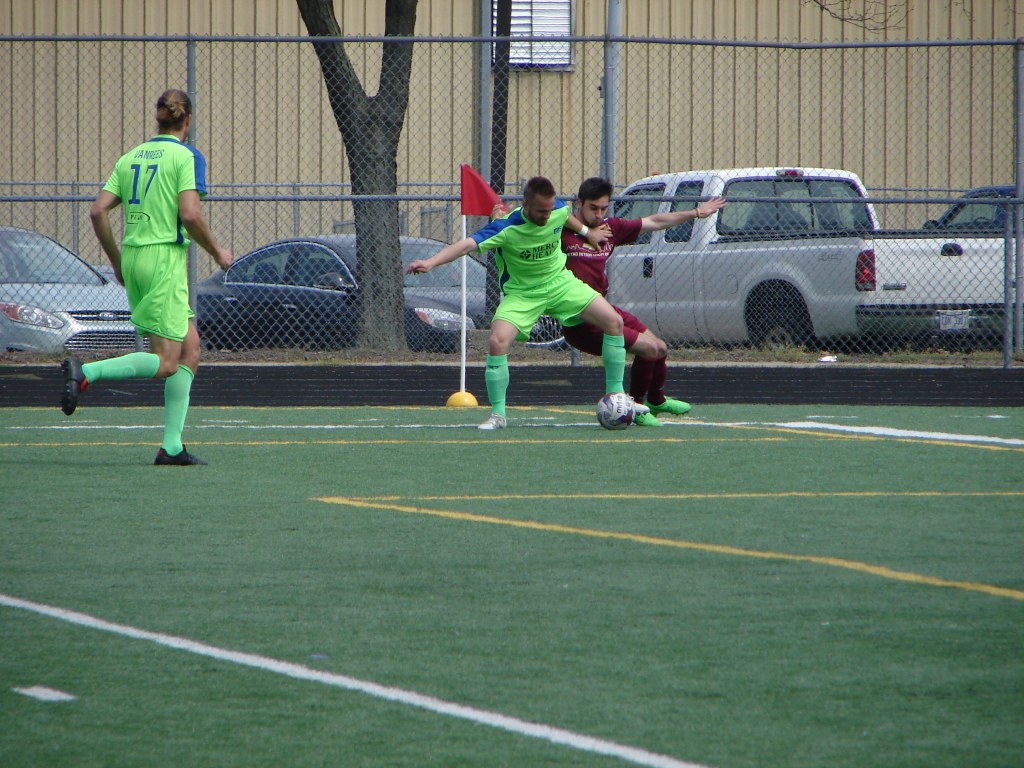 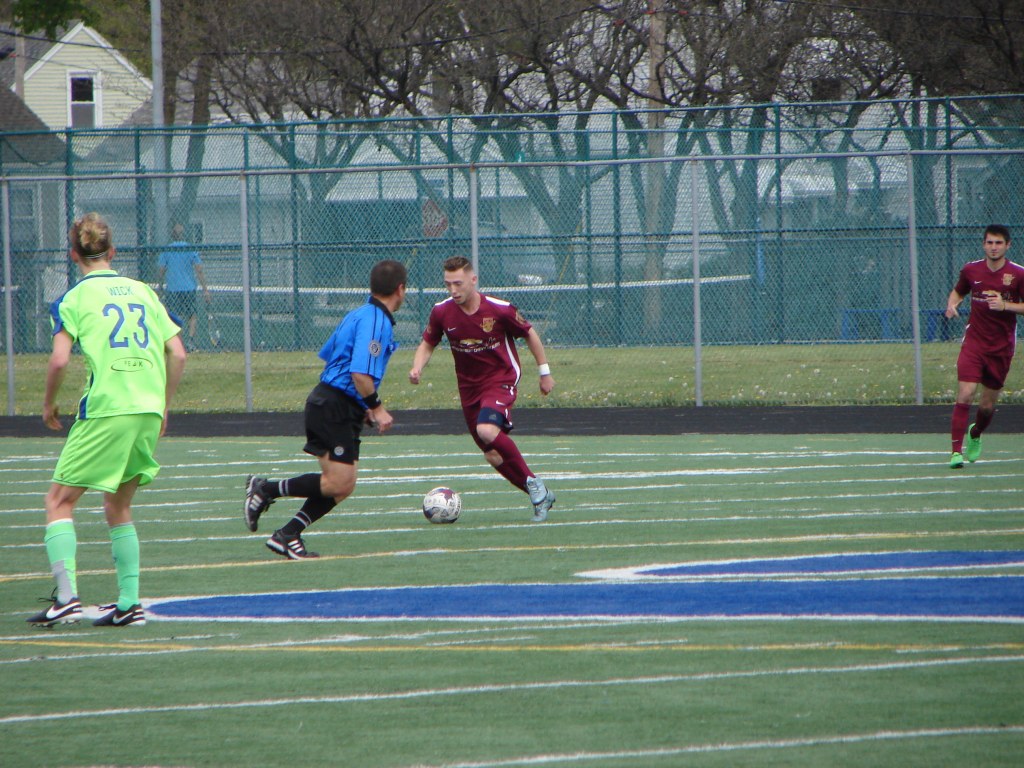 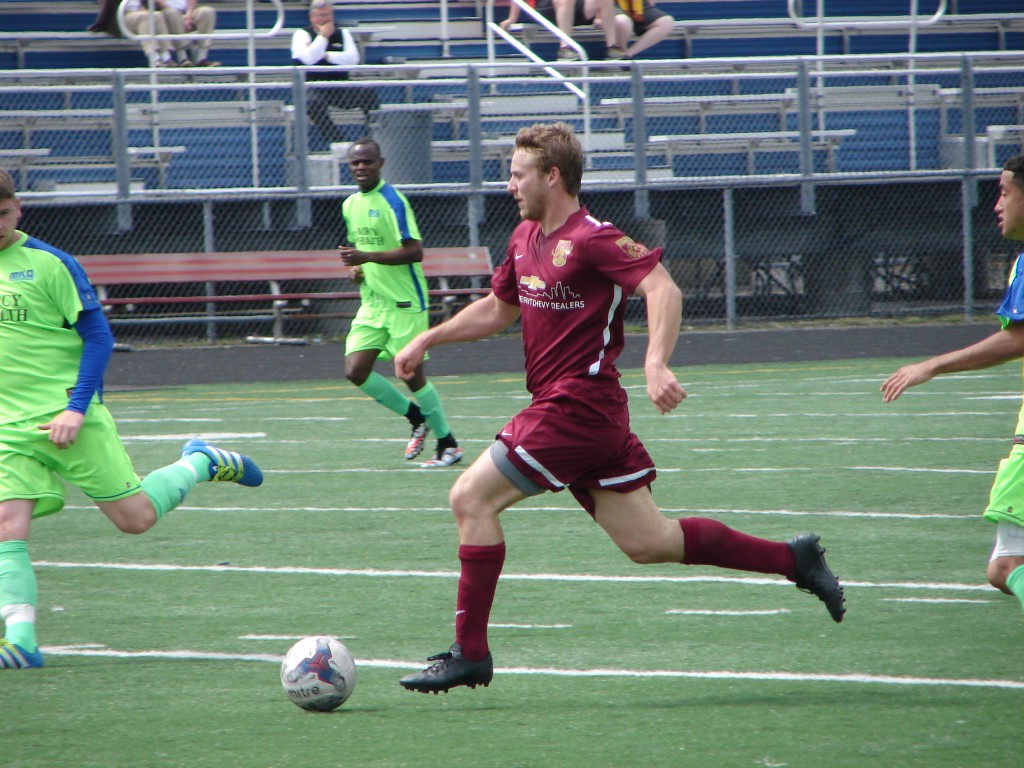 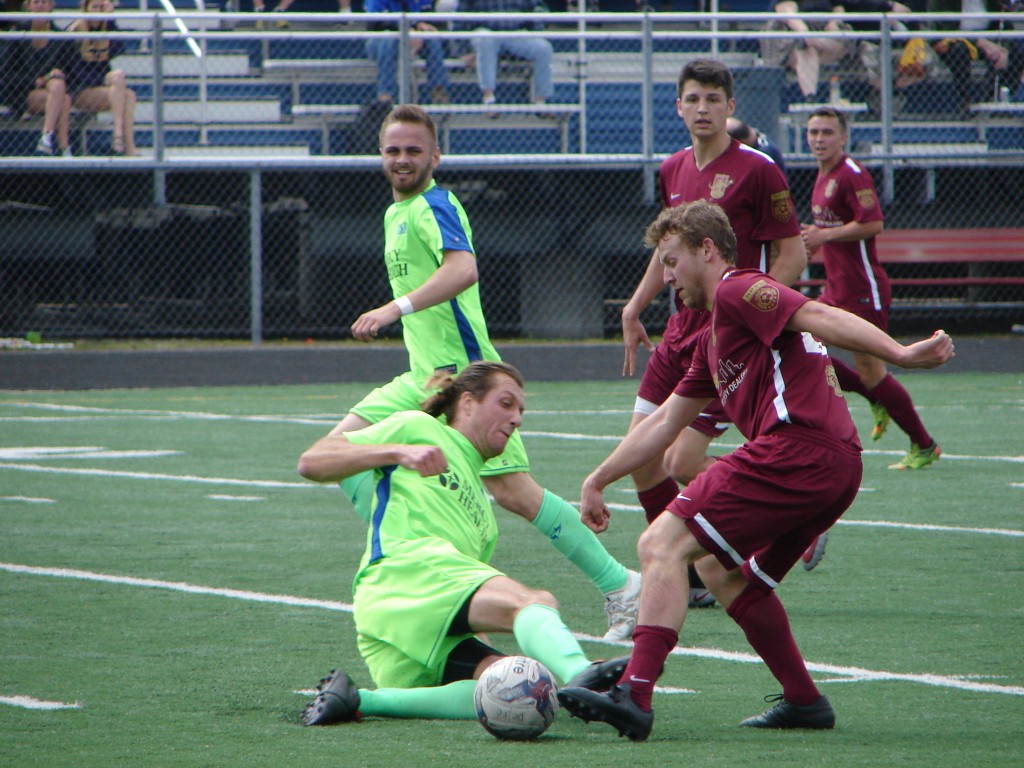 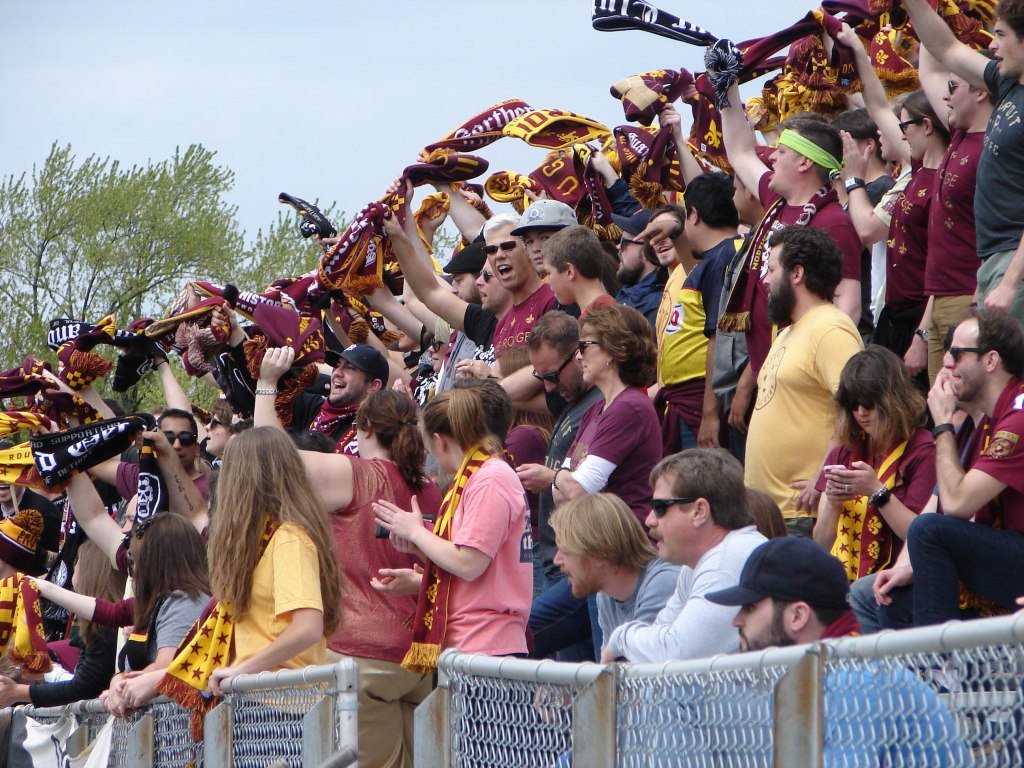 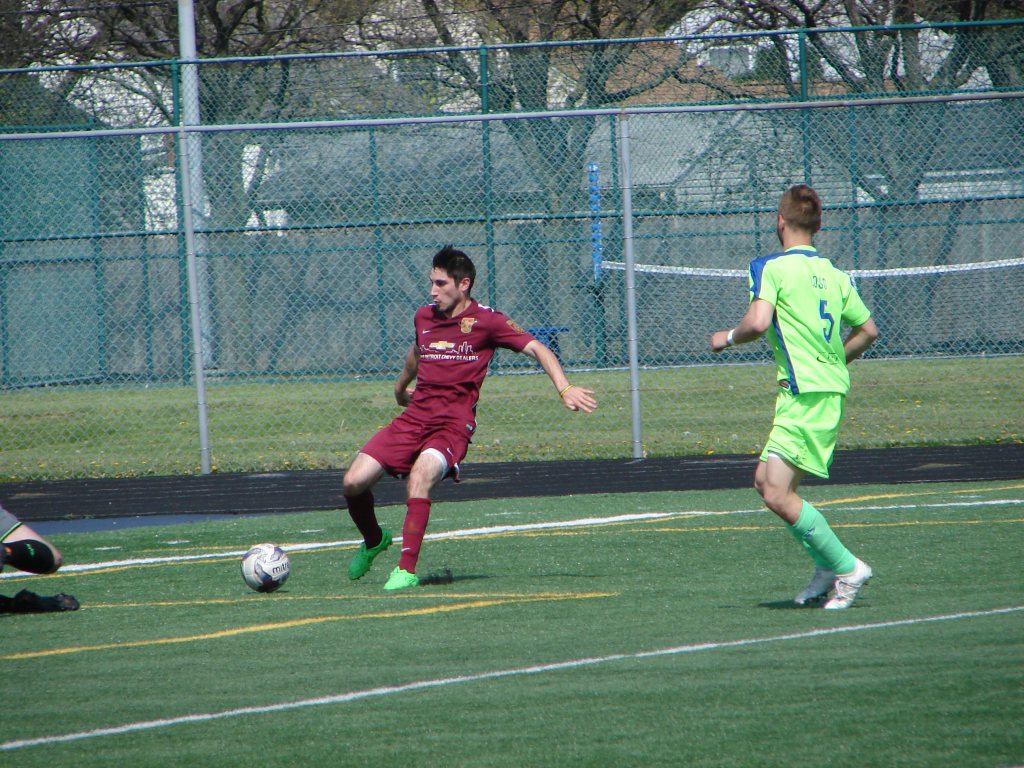 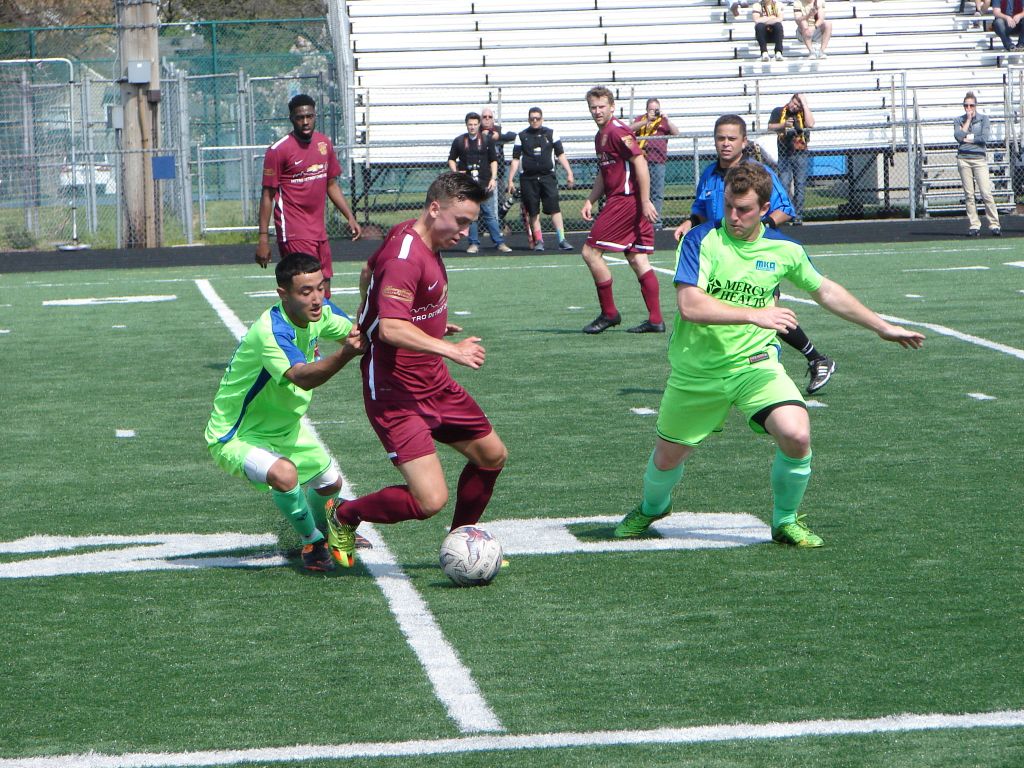 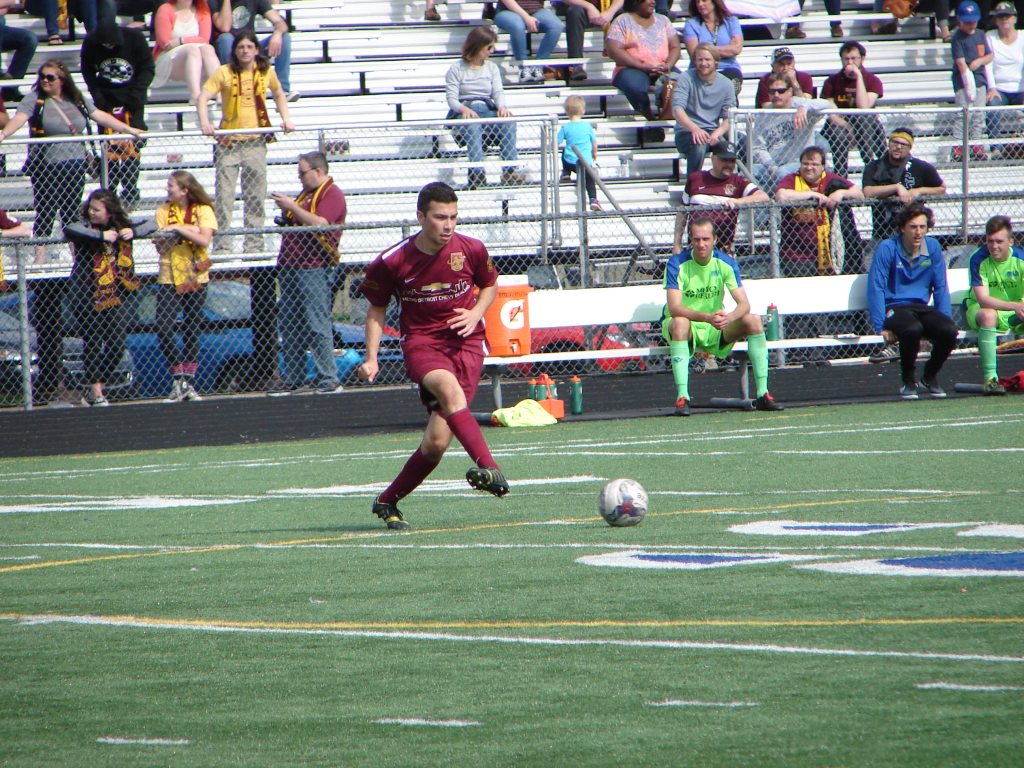 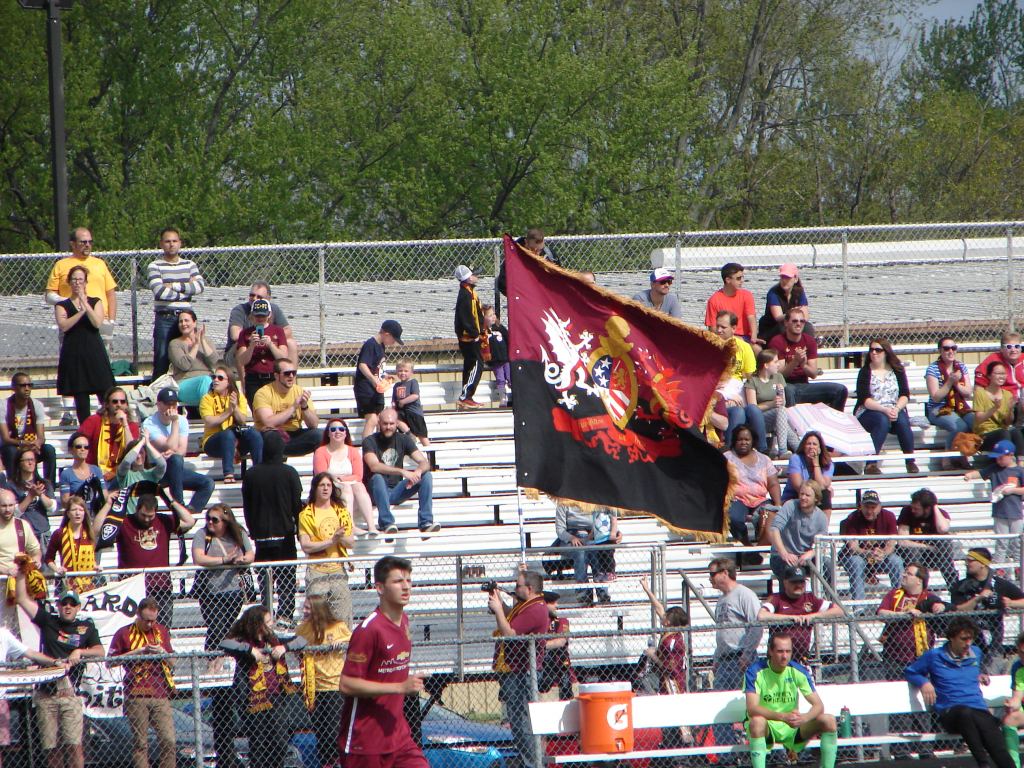