The first match back in the NPSL was against Grand Rapids FC. 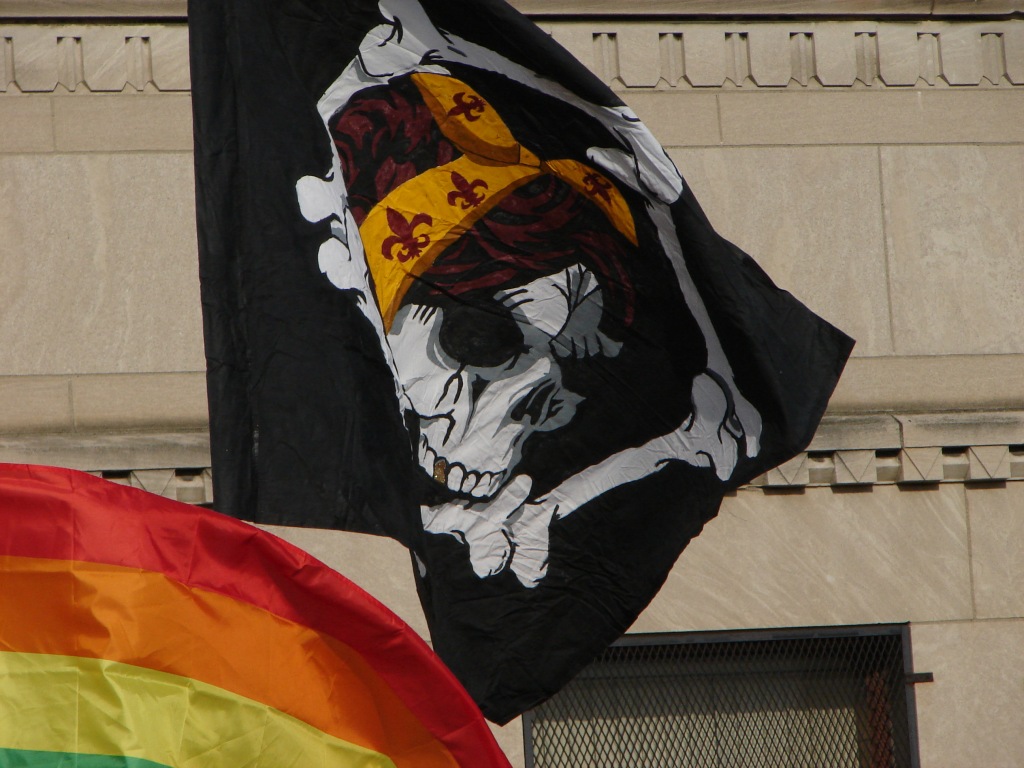 The Glentoran FC match lifted our spirits, and for those who still doubted, Sgt. Scary put it into perspective. 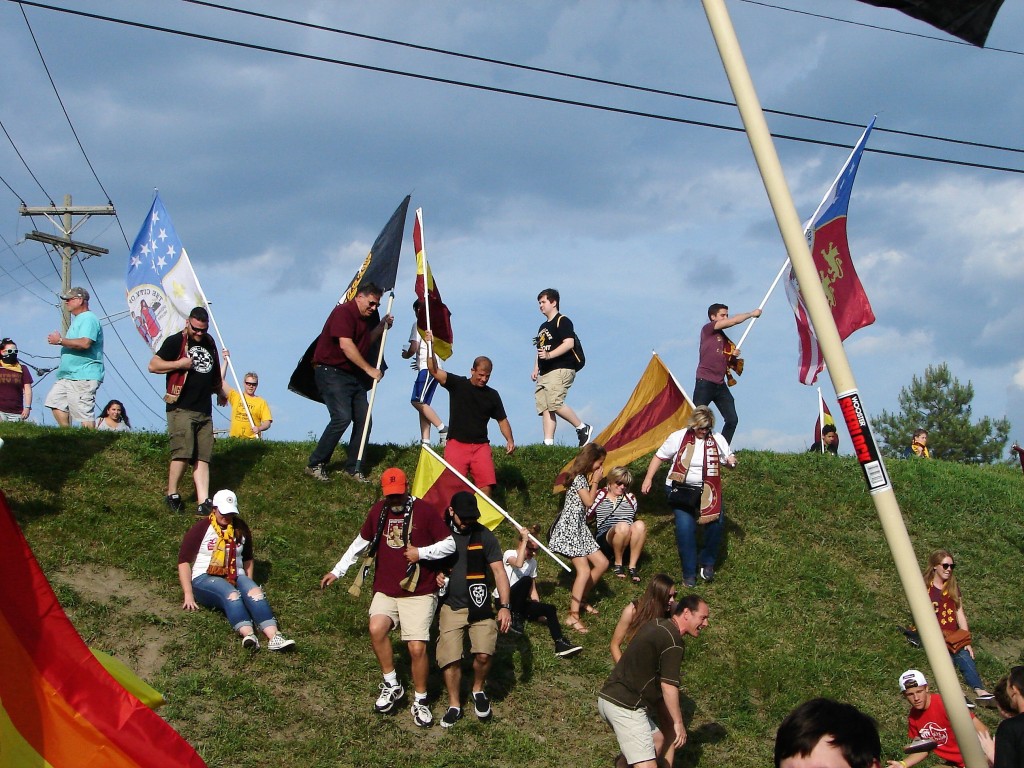 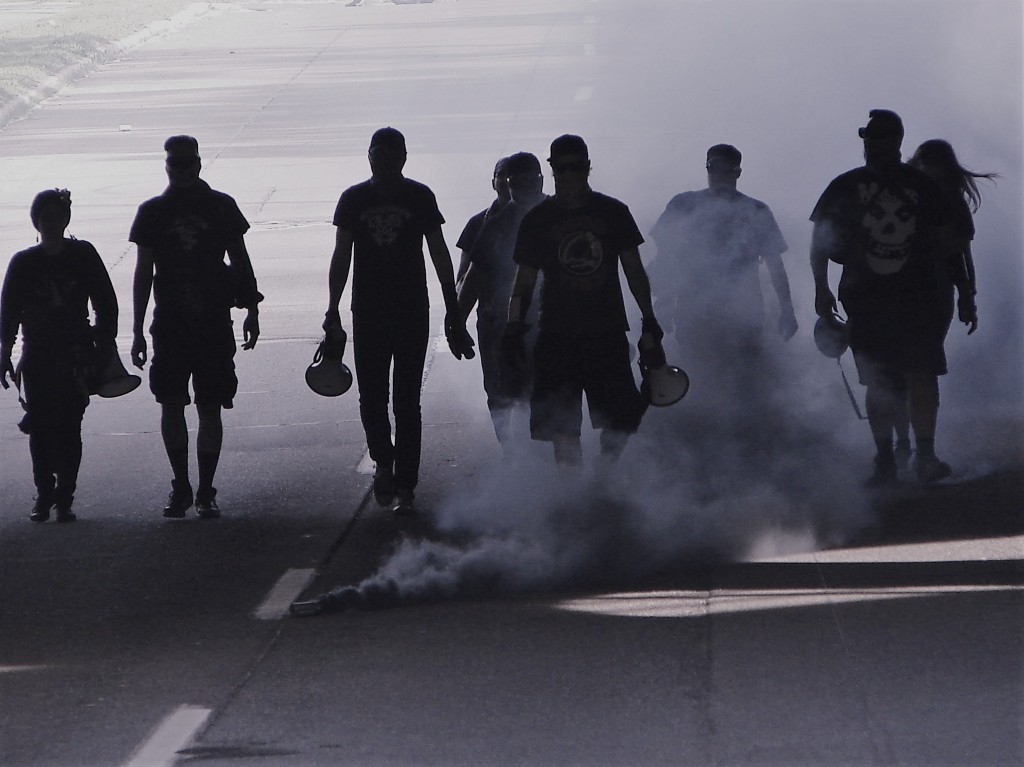 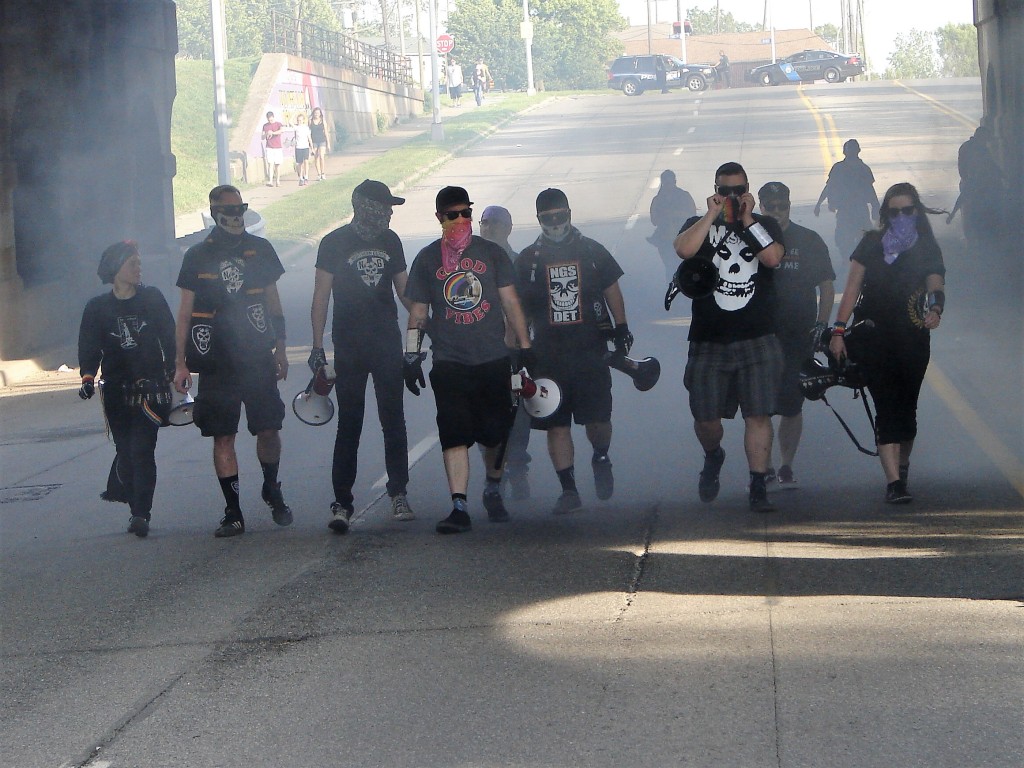 Before the march, a Grand Rapids FC jersey had to be sacrificed. 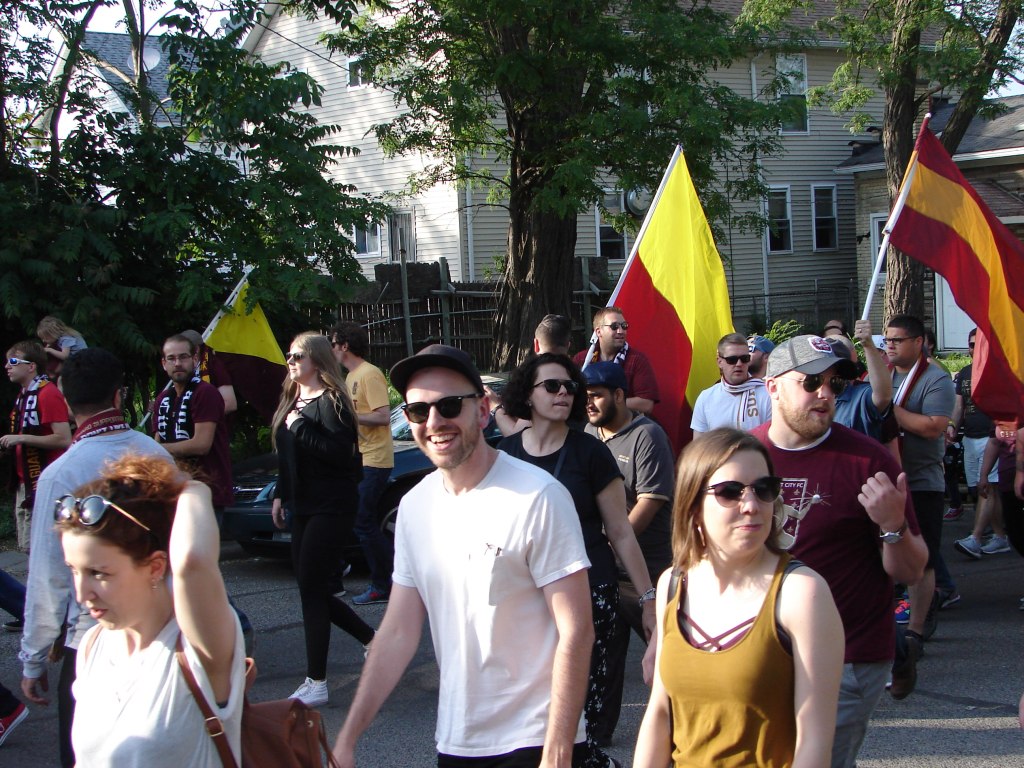 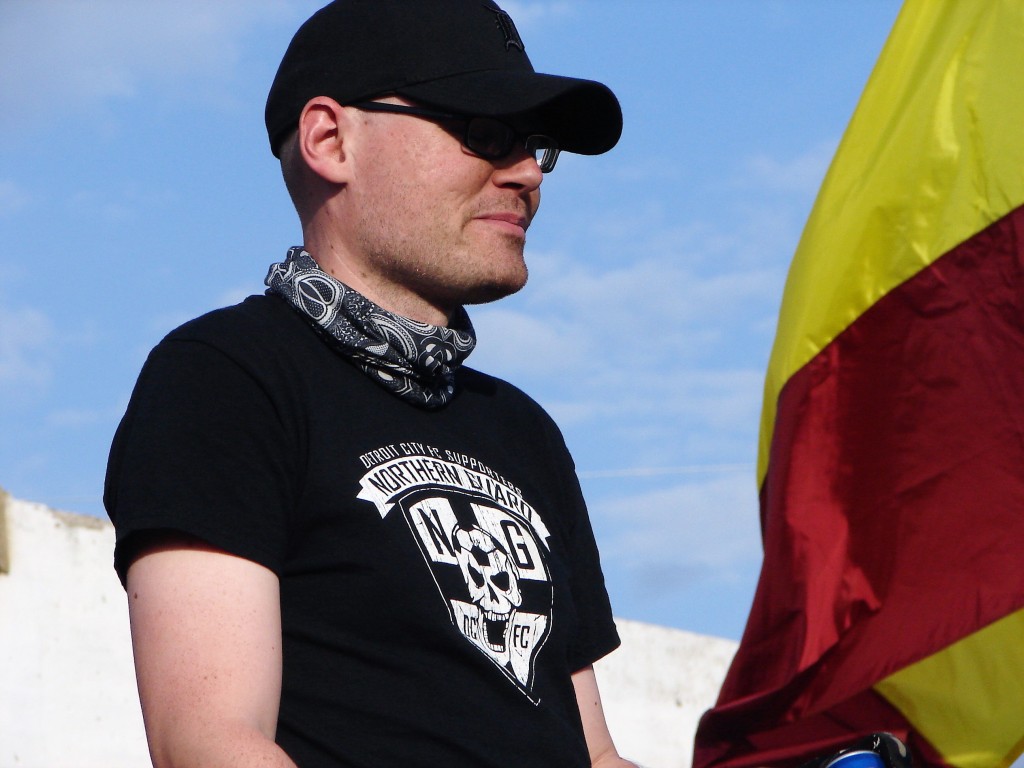 Gentlemen…this is all your fault! 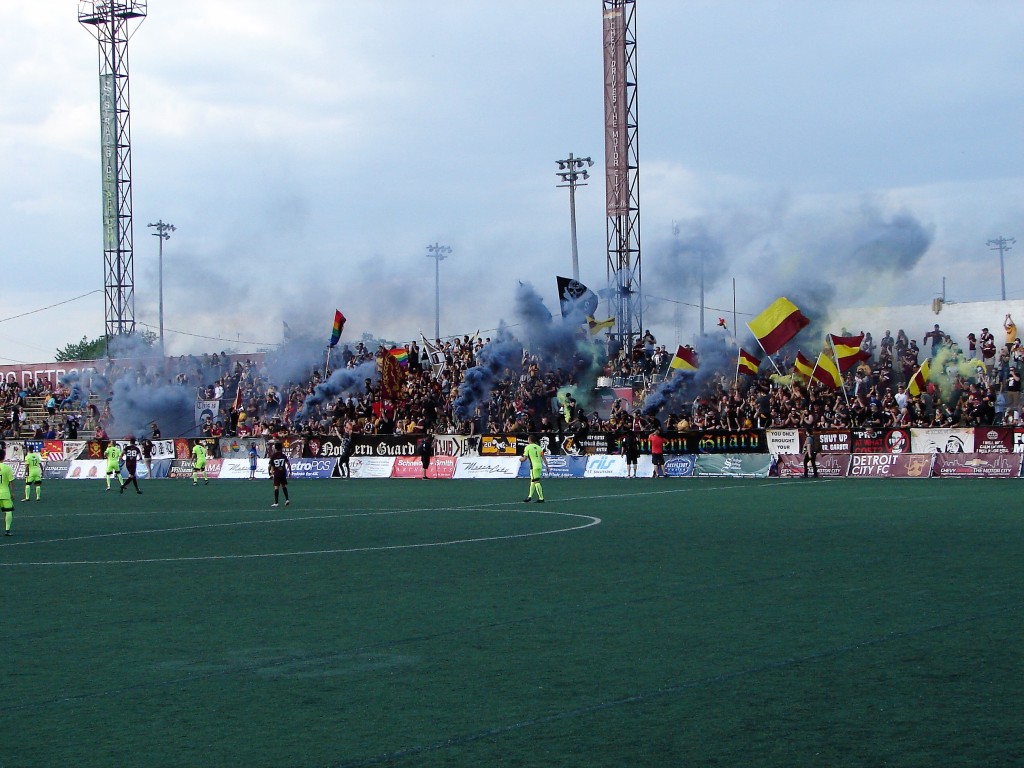 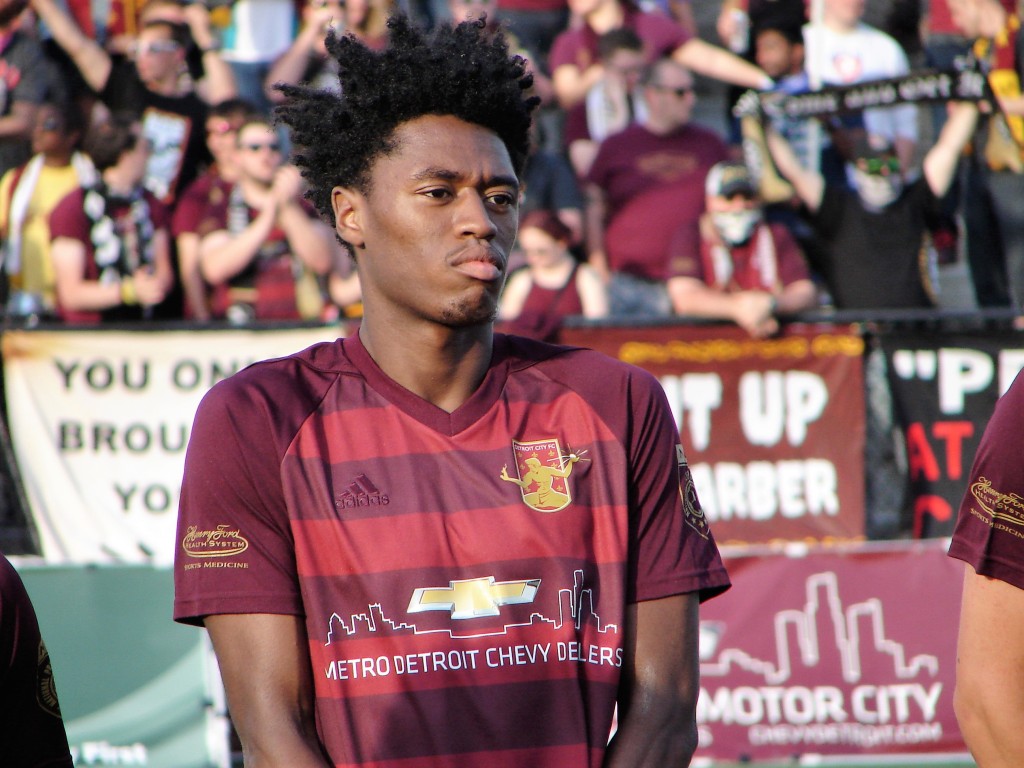 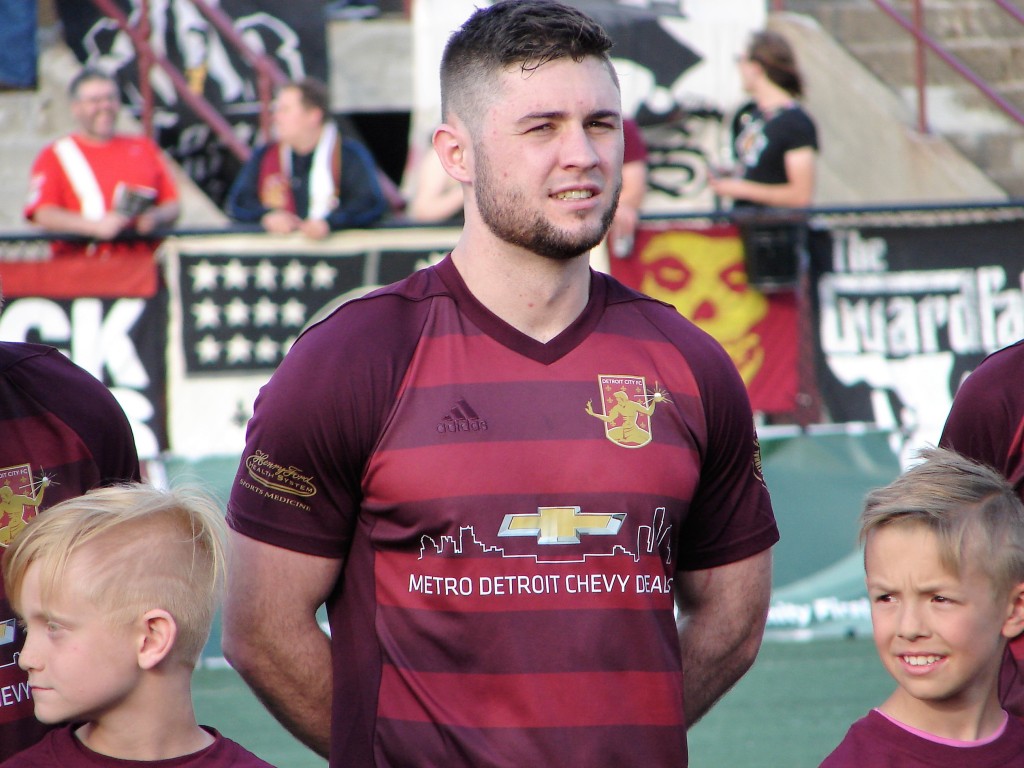 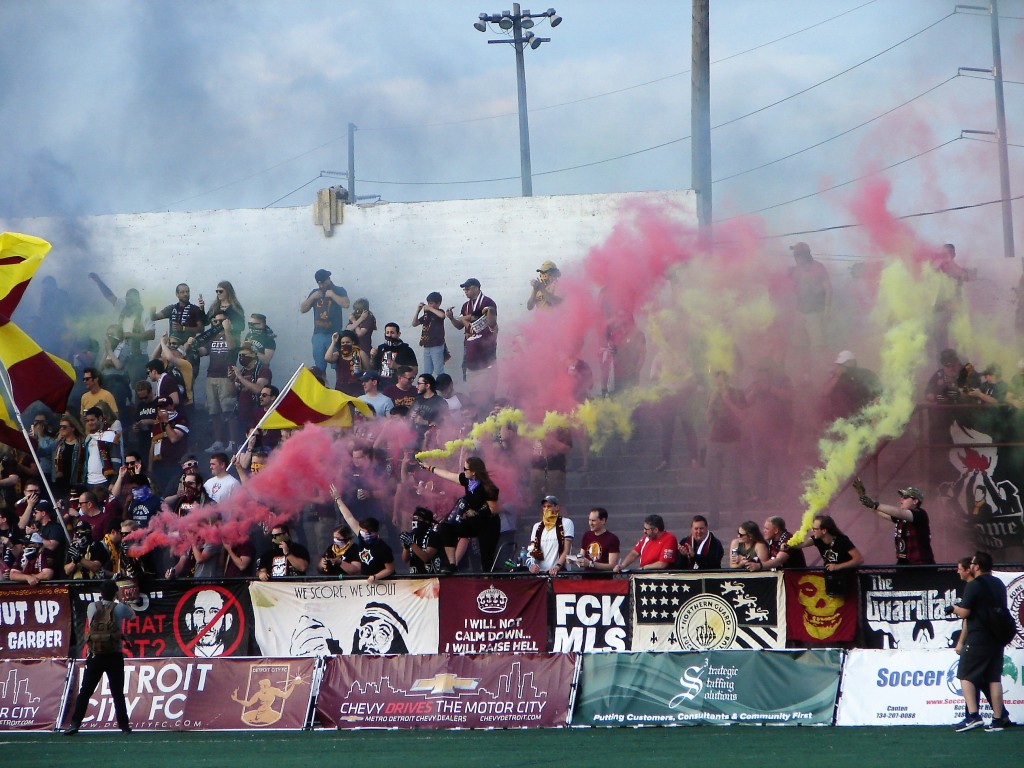 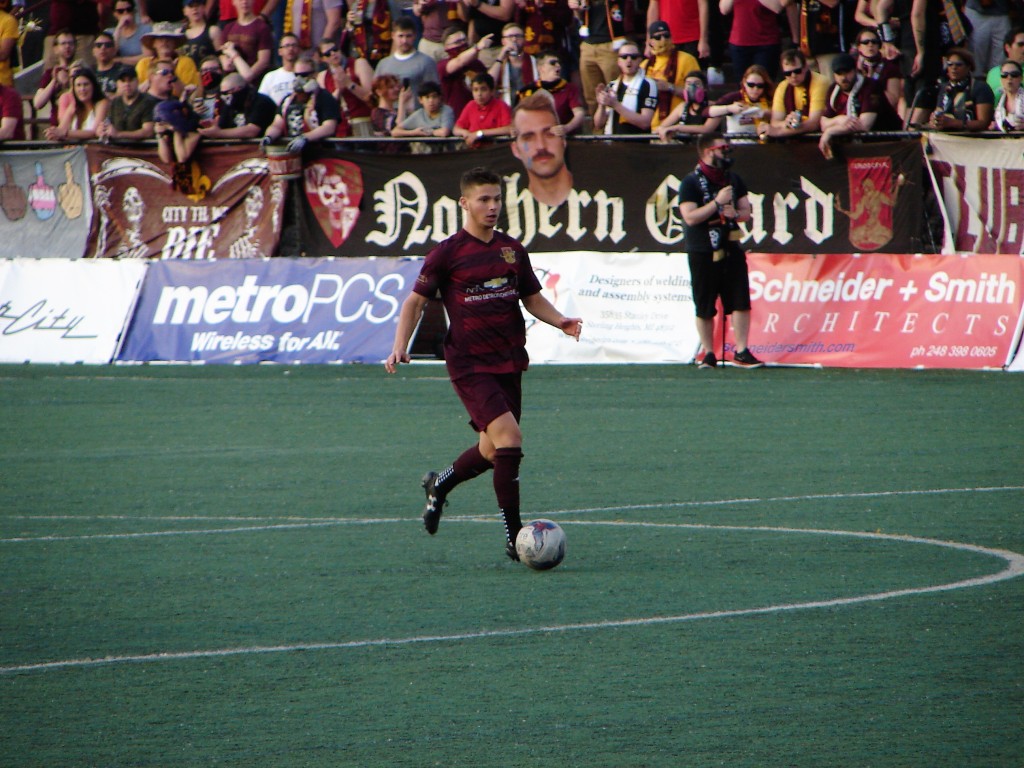 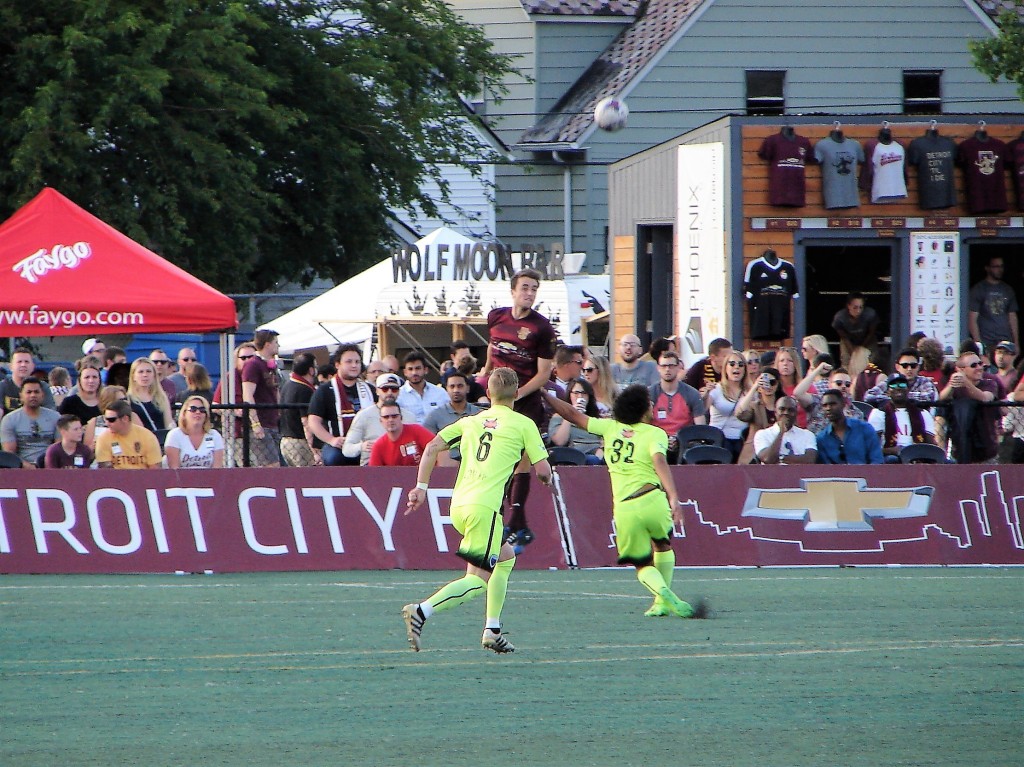 In the third minute, Tyrone Mondi was sent loose down the left side on his own.  Grand Rapids’ keeper Noah Fazekas dashed out of the penalty box, and slid, studs up, into Mondi, taking him down hard.  Fazekas gave the referee no choice but to pull out the red card, putting Grand Rapids down to ten men.

It was set-up for Detroit City FC to shrug off the pre-Glentoran matches and chart a new course to ascend the standings.  But that was almost erased in the 28th minute, when Greg Timmer tapped in a goal, from a ball launched into the box from the head of Cam Cavanagh, for short-handed Grand Rapids FC.  The heart paused, skipping a beat, as a nightmare reappeared.  But then, it pumped again as play resumed.  Thirty seconds after the restart, Bakie Goodman sent a pass to Tyler Moorman, which was cut off by Grand Rapids defender, Trent Vegter’s head, guiding it into the path of Louis Dargent, who fired it past Fazekas’ replacement, Aaron Orban, leveling the score. 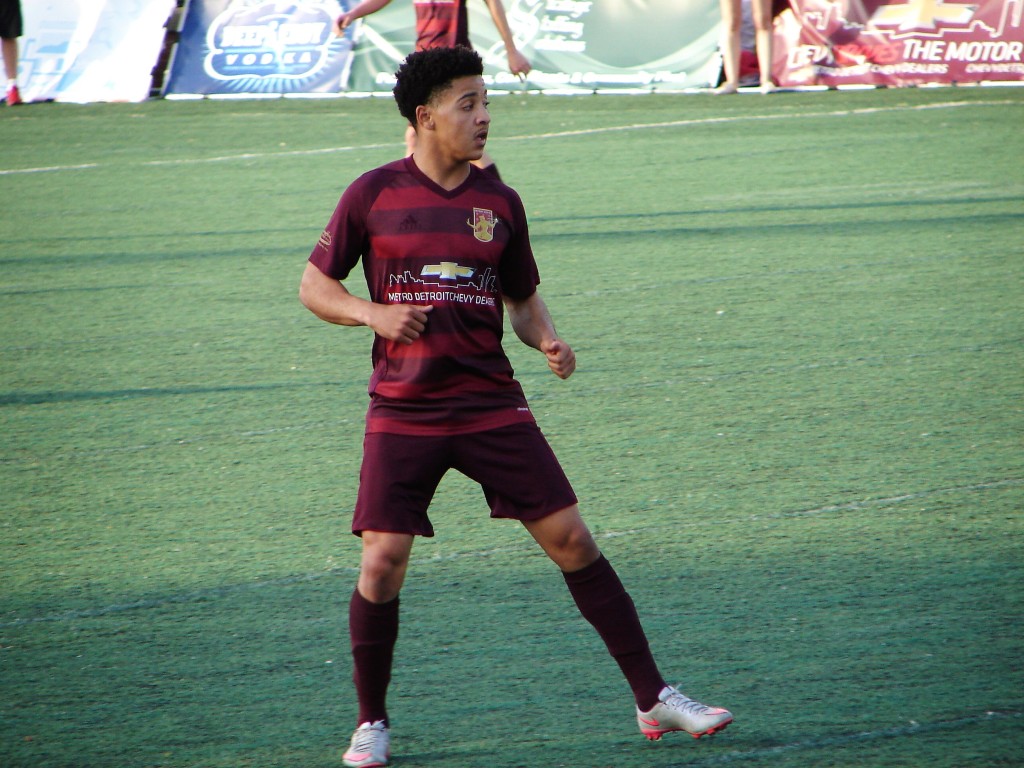 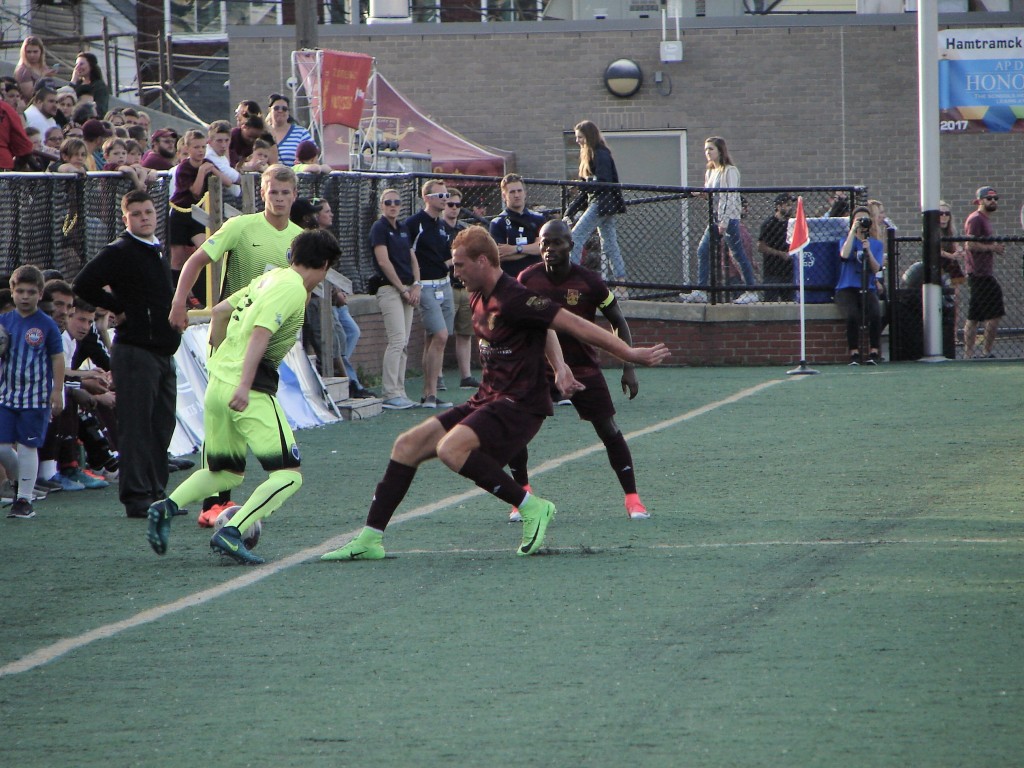 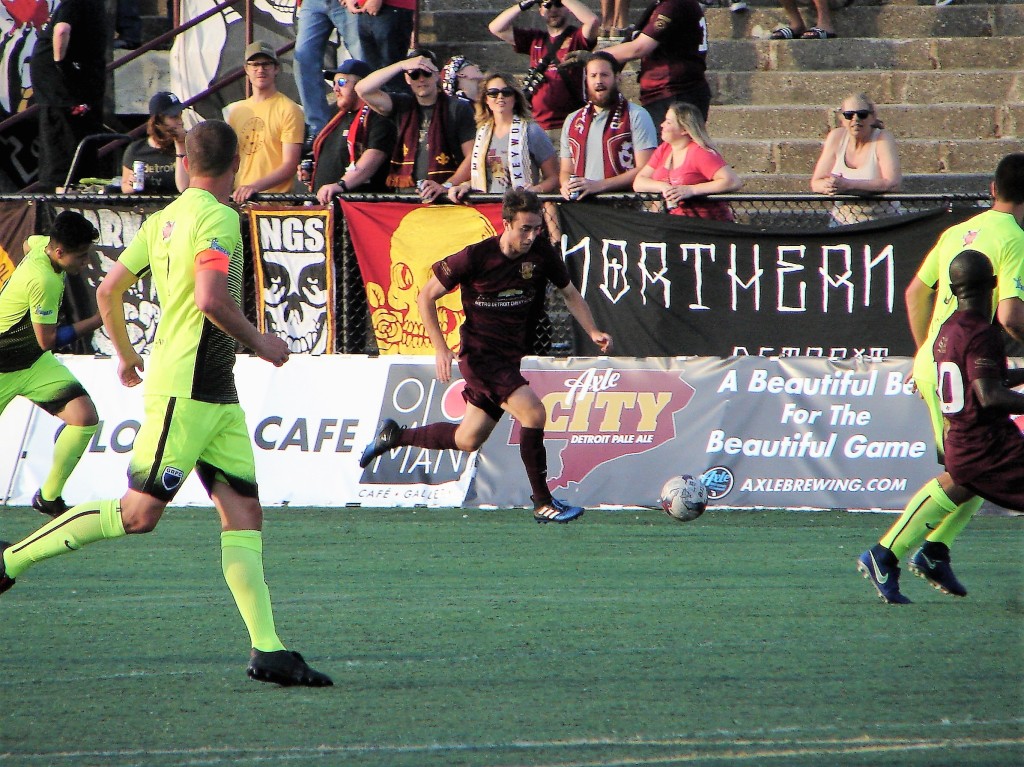 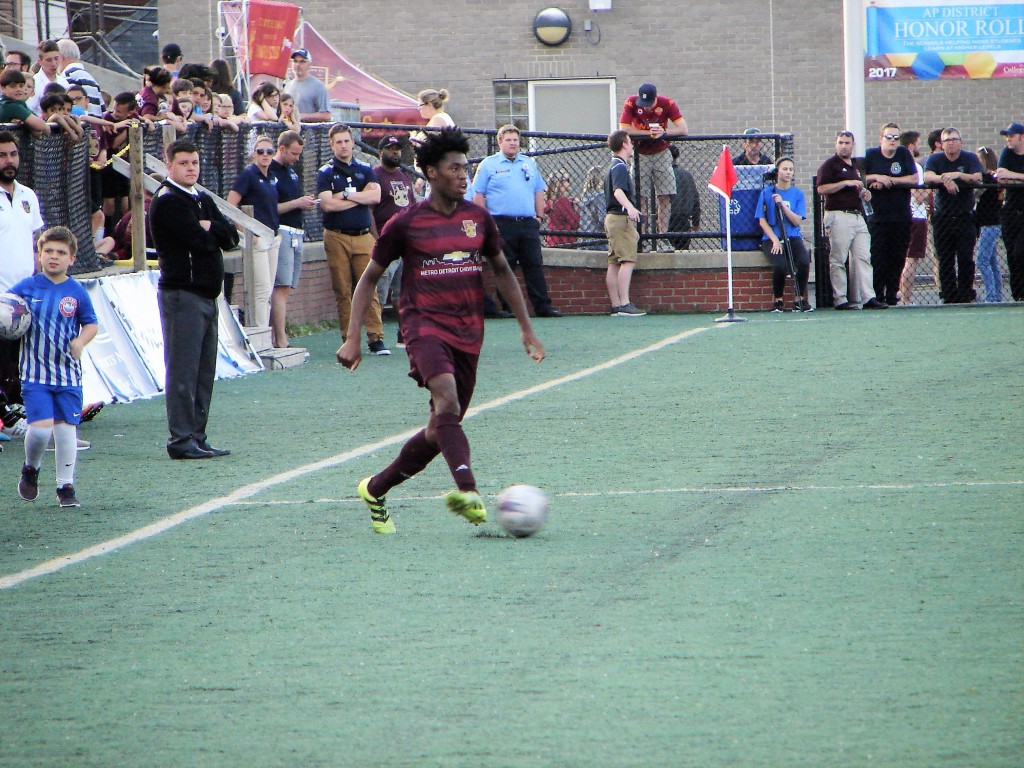 The first half ended knotted at one. 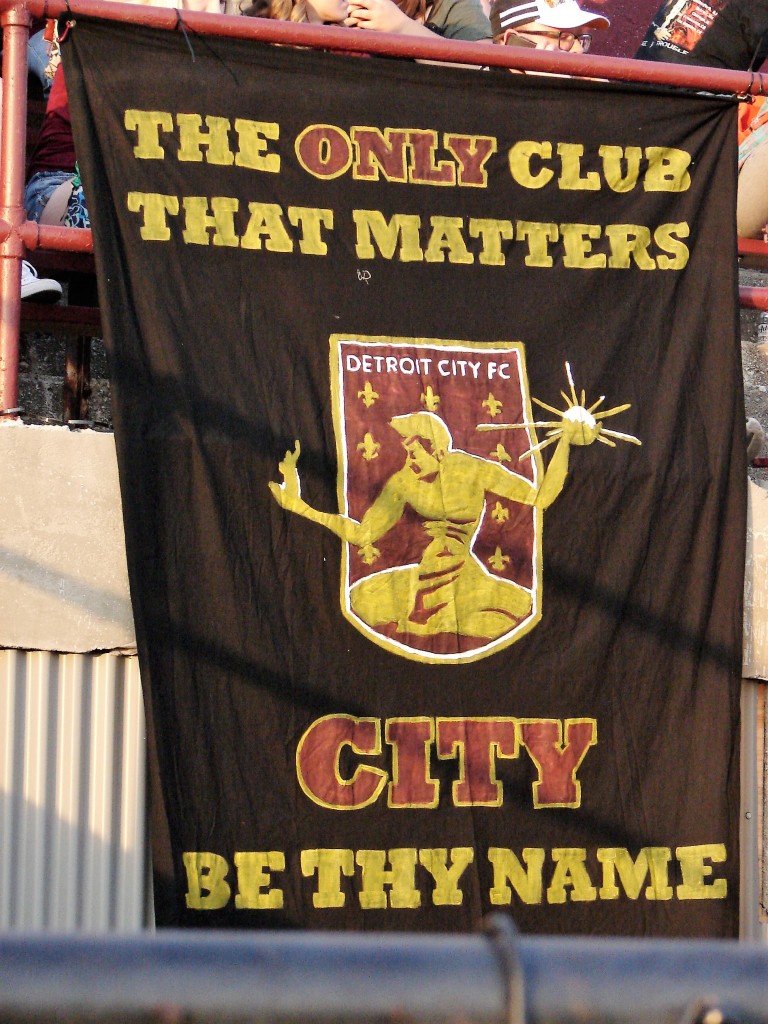 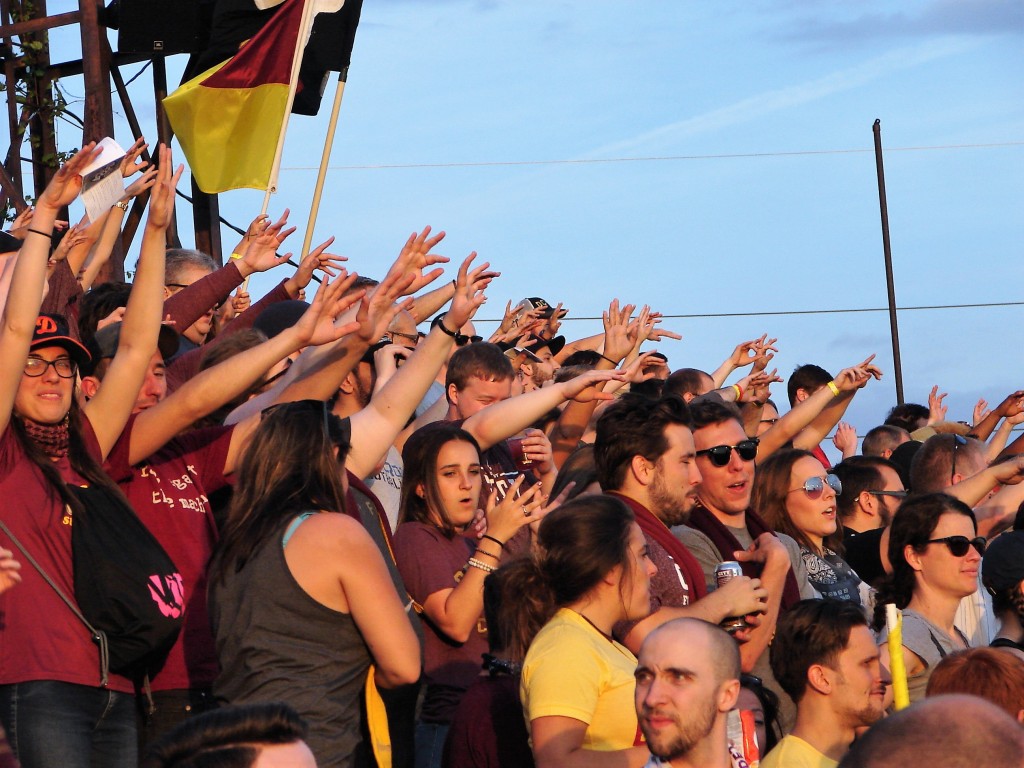 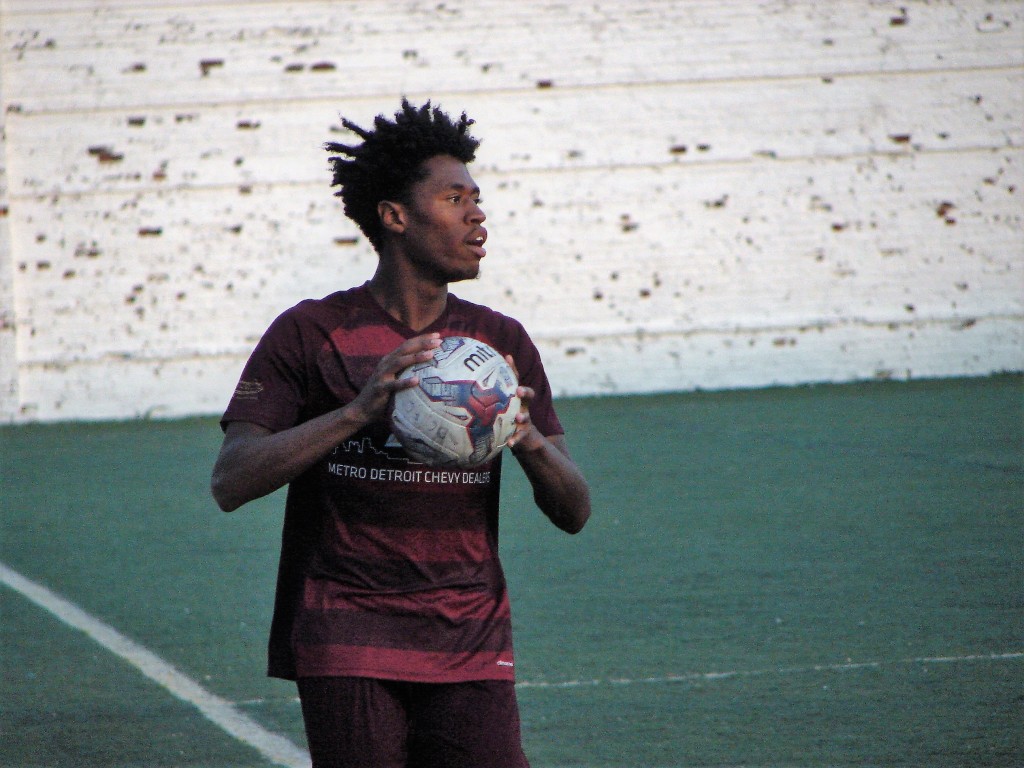 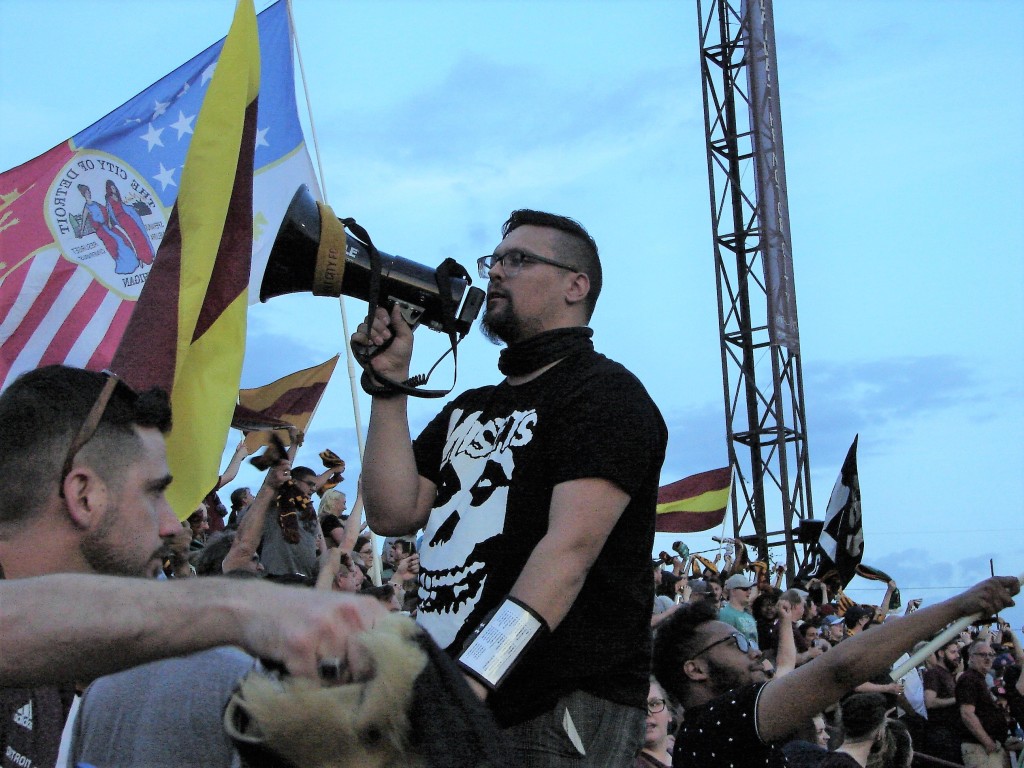 At the 78th minute, Tyrone Mondi found Shawn Lawson to provide us with the lead…

Then, four minutes later, Derrick Otim turned a defender inside out, and sent the ball into the far corner of the net to insure victory.

And the Supporters were loving it… 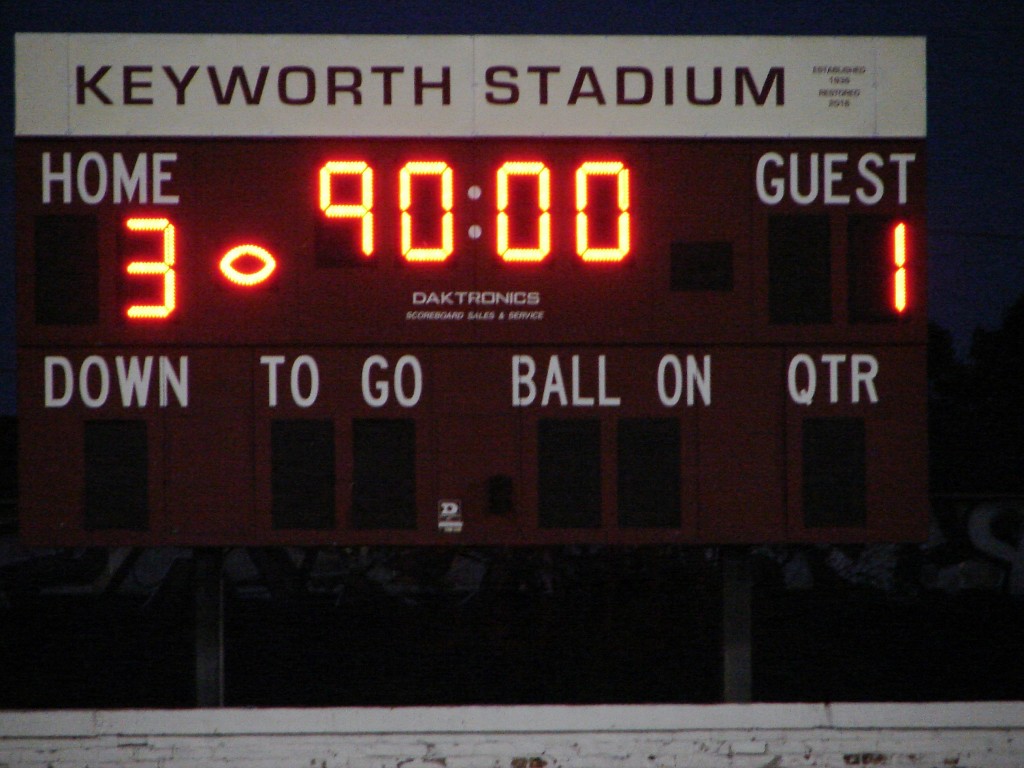 With the first win of the season achieved, things were once again right with the world.  The next obstacle would be a trip to Lafayette, Indiana in less than 48 hours.