I wasn’t going to go to this match.  On Saturday, I looked back and discovered I had not missed a Detroit City FC NPSL regular season match since June 26, 2015, when Le Rouge played in Fort Pitt.  I haven’t missed a home match, ever, and with the emergence of teams in Michigan, I hadn’t missed an away match for almost two years – twenty straight matches.  There was no reason to let a streak break due to laziness.  There was nothing preventing me from making the five-hour, one-way drive, across a time zone, to see my club play.  I decided to make the trip.

I stopped at the nearest gas station to fuel up.  I interpreted the rabbit that occupied the curb as I filled the tank to be an omen of good luck. 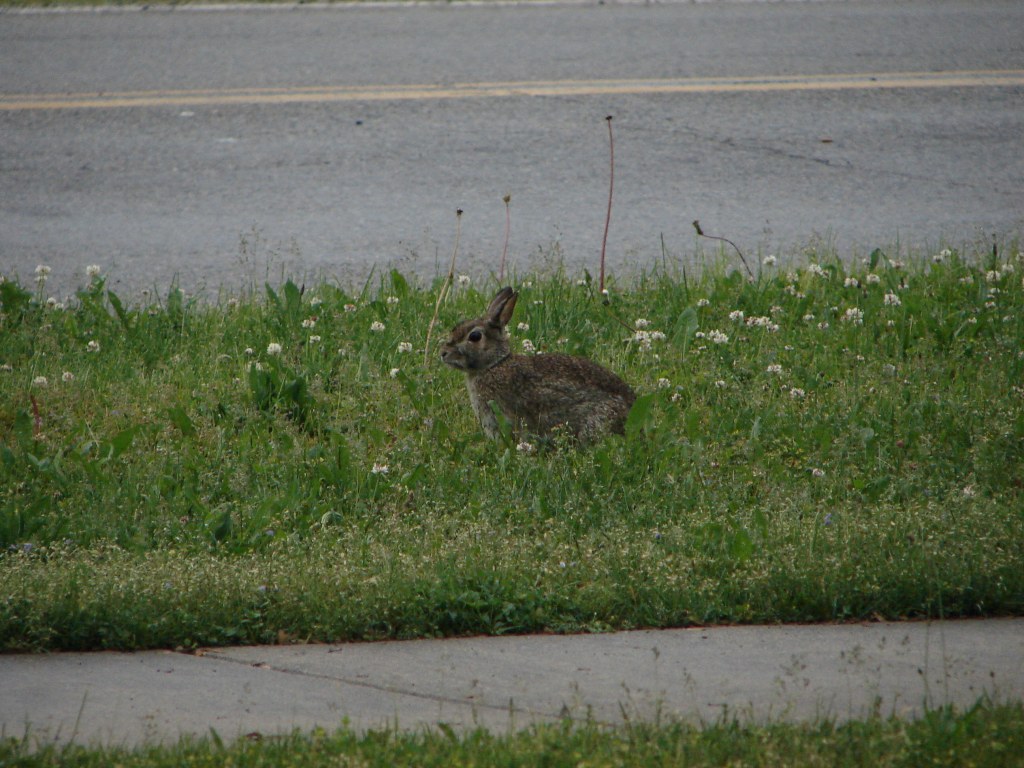 Several hours, and a couple wrong turns later, I made my way through the wilderness to the Legacy Sports Club.

Wow.  From Friday night, playing before 5,154 fans at Keyworth Stadium nestled within the City of Hamtramck, to 154 fans (and I’m being generous) on a field hidden in the farmland of Lafayette, Indiana, northeast of Purdue University.  This is life in the NPSL. 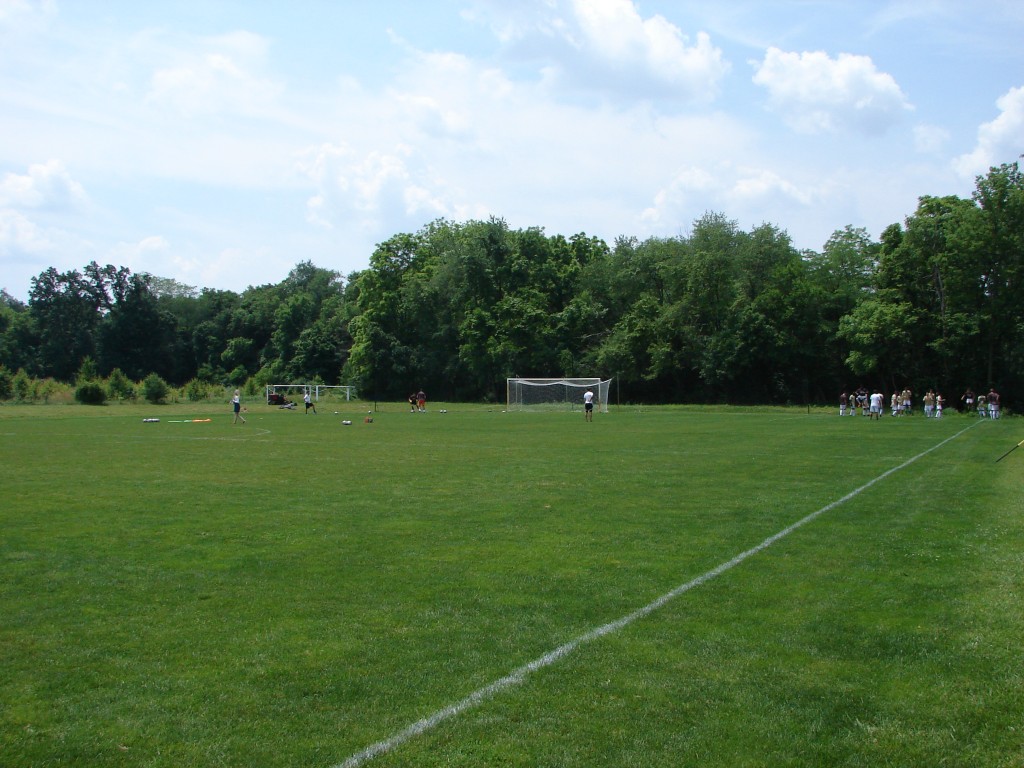 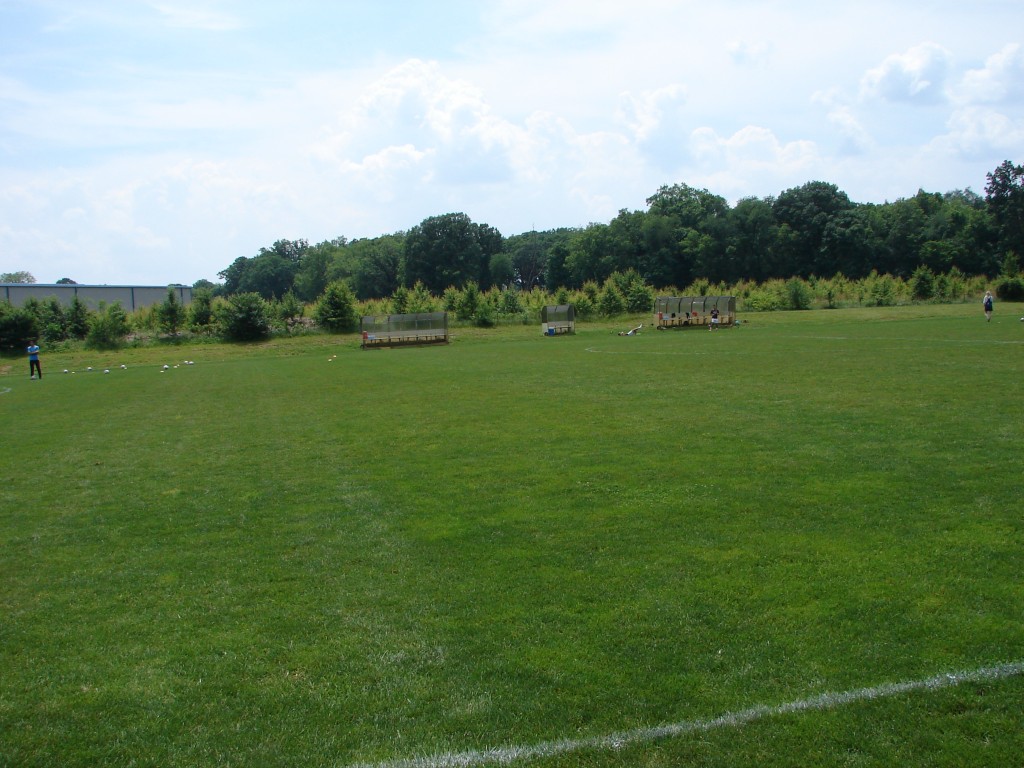 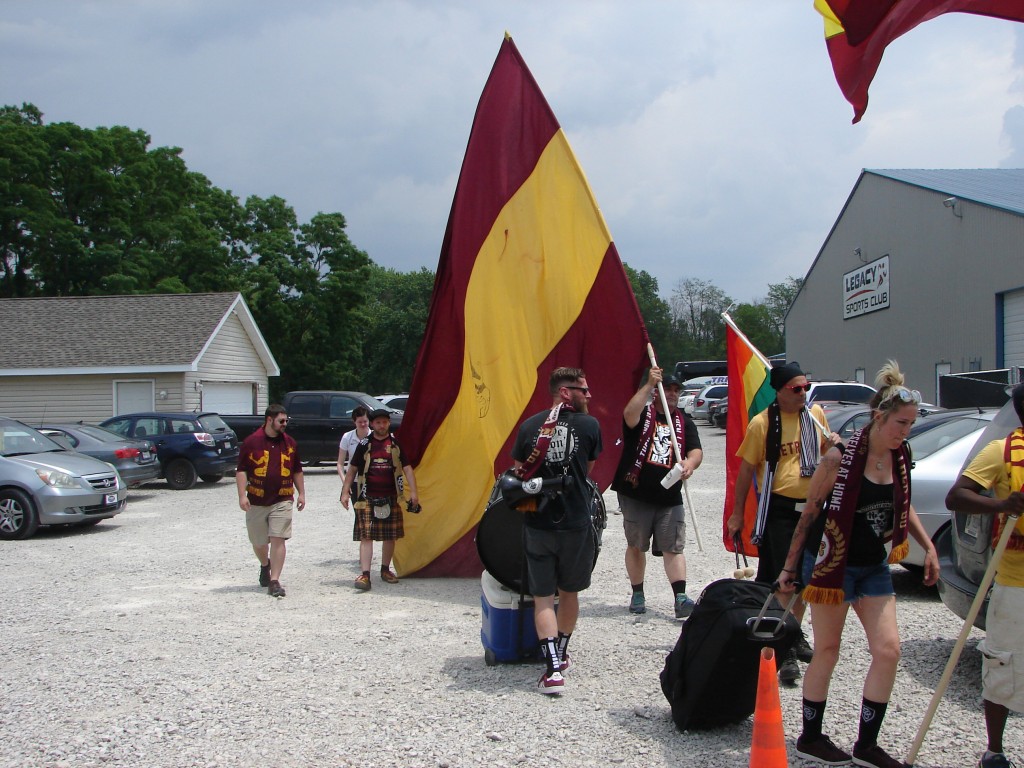 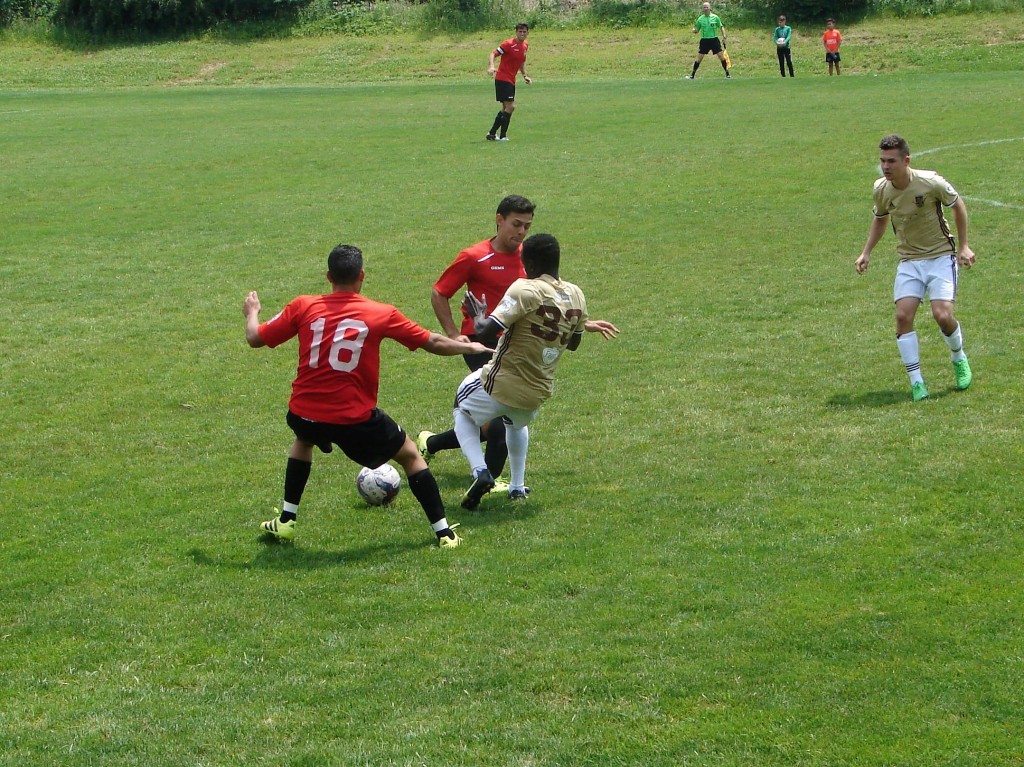 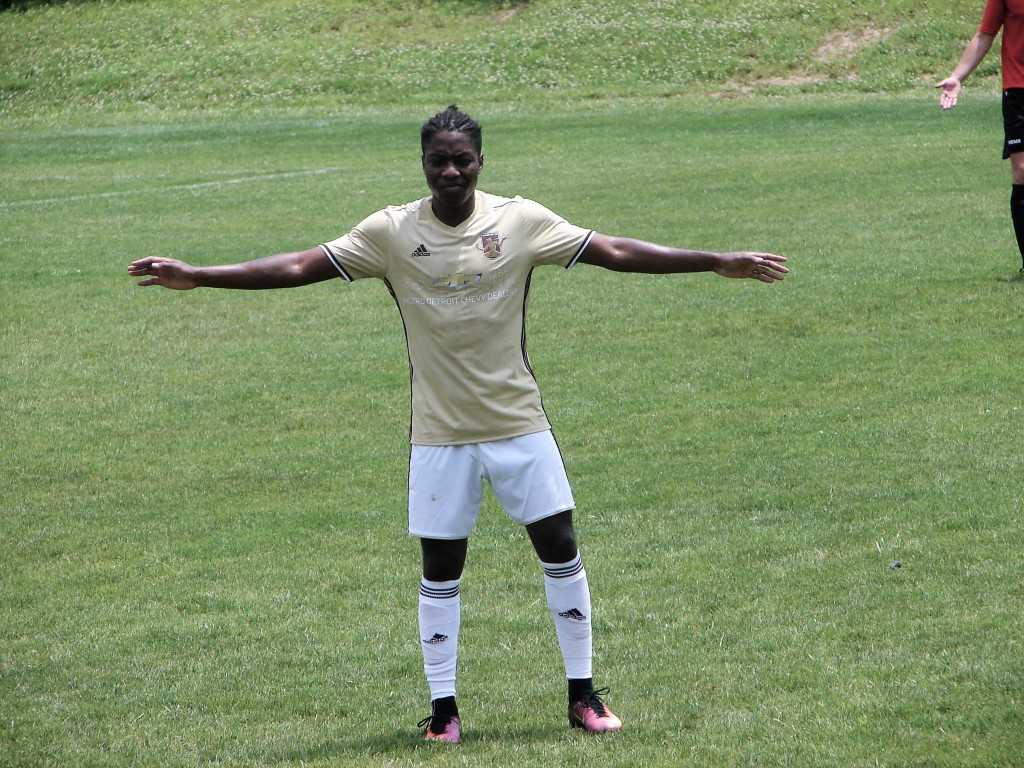 Shawn Lawson put us on the board early.  In the 7th minute, he broke in on the net and was wide open for Tyrone Mondi’s pass from the right side. 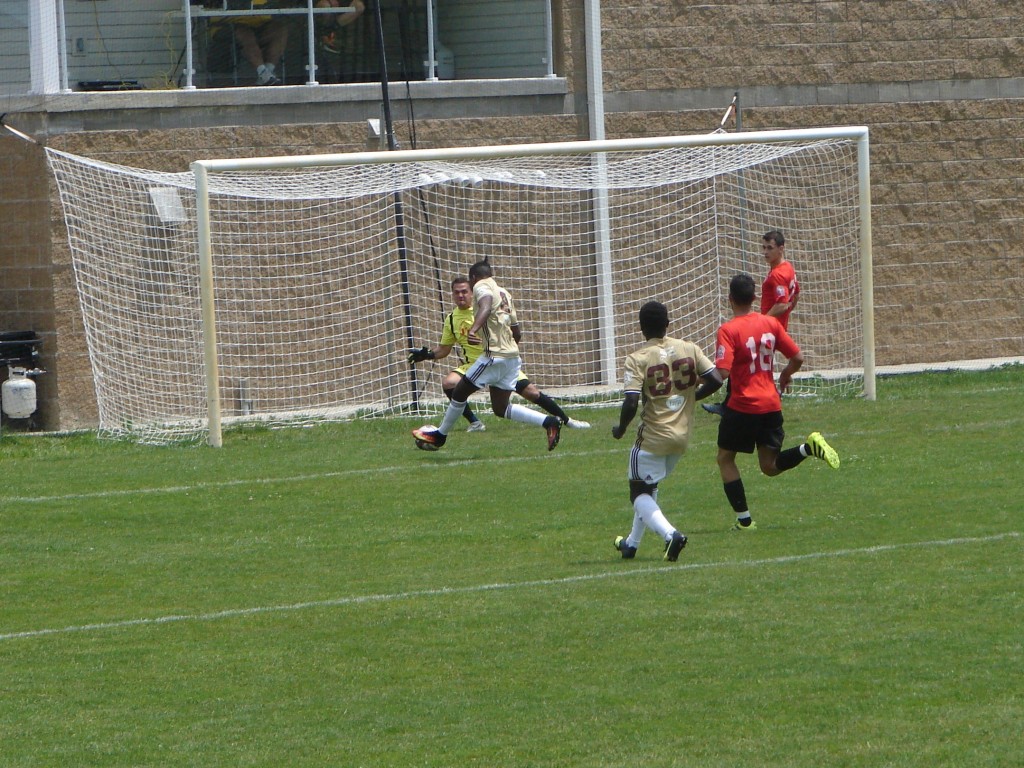 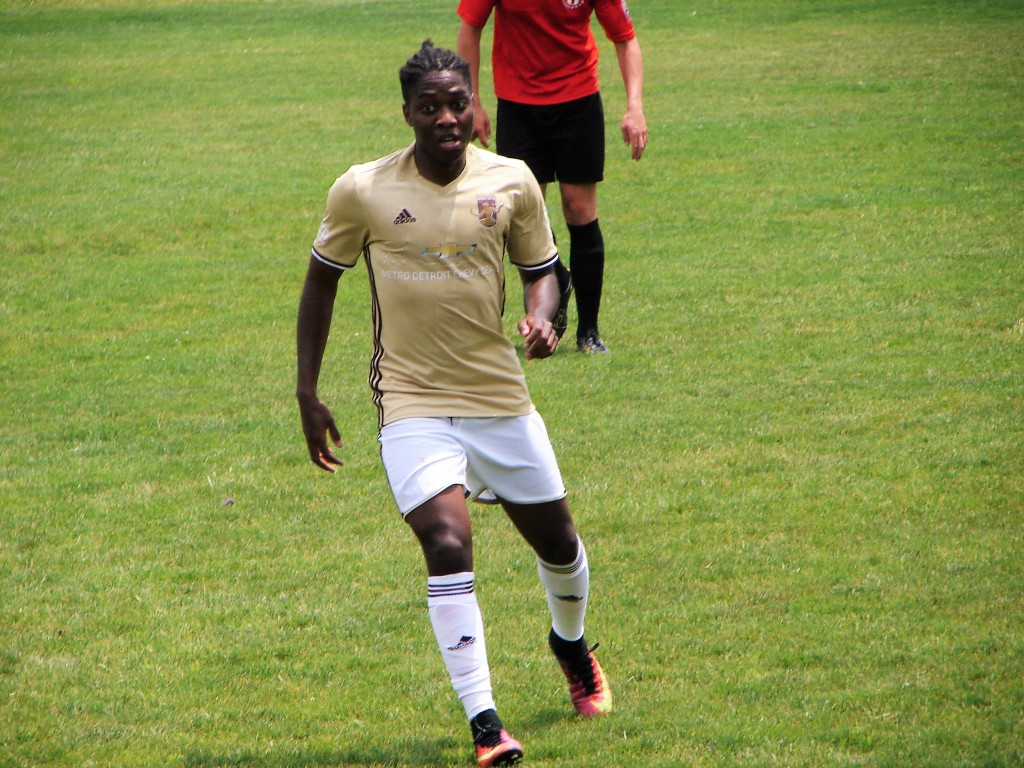 Unfortunately, just three minutes later, an Indiana player fed the ball into the box, where another Indiana player (sorry, no line-up or program was provided to the paying fans by this Green Acres organization) fired a shot.  Keeper Colin Miller made a diving hand save, but the ball ended up on the foot of  Lukman Ahmed-Shaibu, to equalize.  Rather than celebrate with the handful of folks cheering his team on, Ahmed-Shaibu thought that taunting the Rouge Rovers was the thing to do.  Really?  The man must not have ever heard of Detroit.

The Rouge Rovers put almost as many supporters in the bleachers as Indiana fans, and were infinitely louder.  This didn’t sit well with our host.  First, we were told to stop swearing.  The Plan B songbook was opened, and chants like the Barney Song found their way into the playlist.  Later, we were instructed not to make any noise.  What?  Didn’t the owner of this new team in the league realize that this was the NPSL, not the PGA?

We did Tetris, anyway.

City had some chances to regain the lead, but the teams went into halftime tied at a goal apiece. 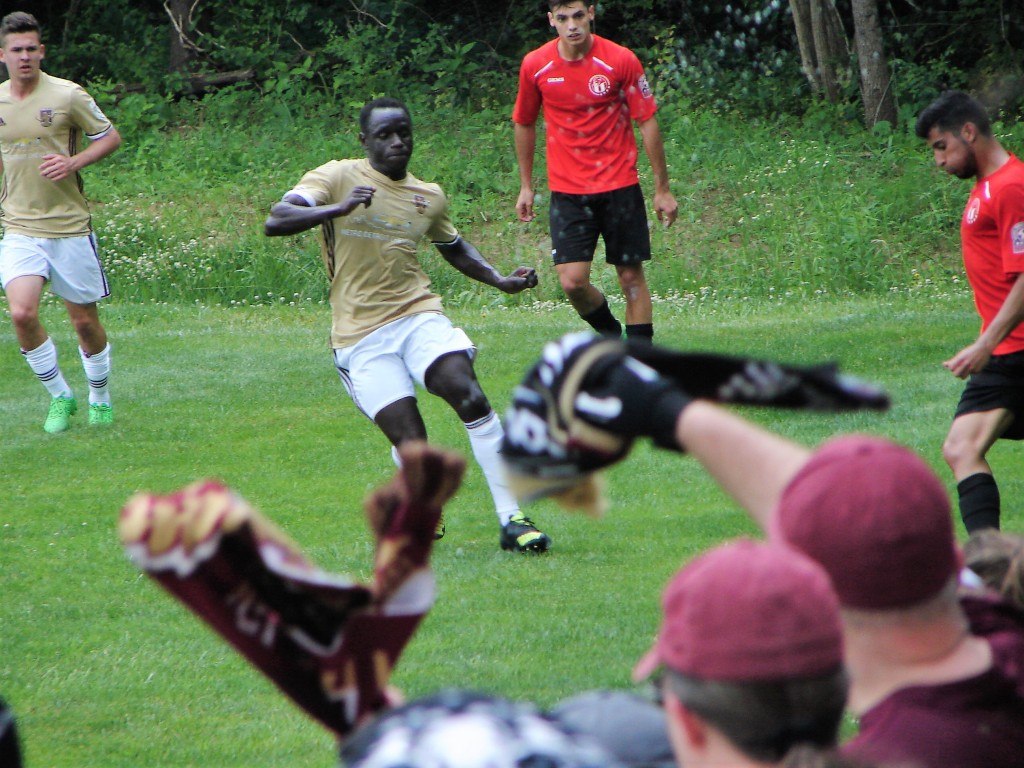 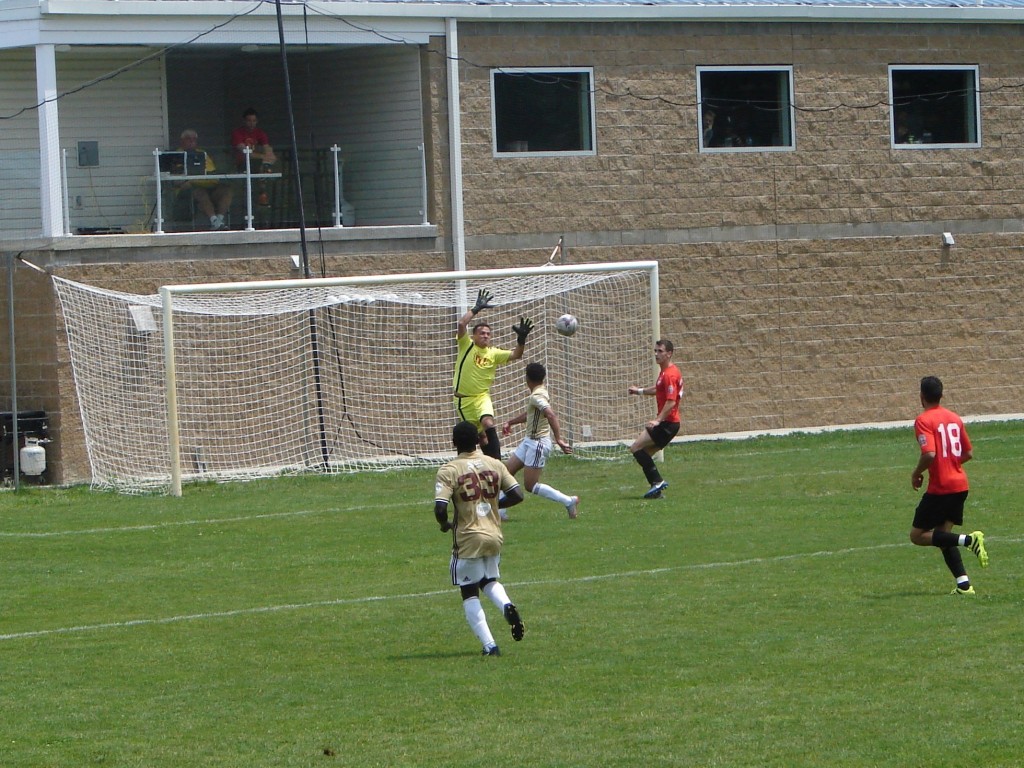 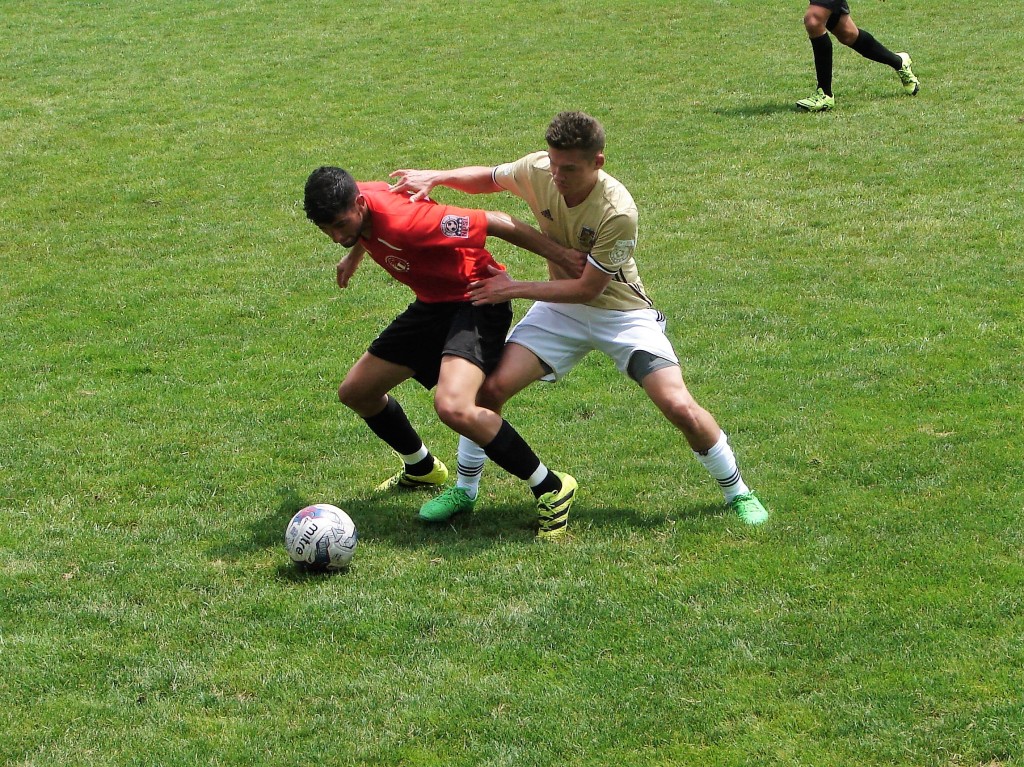 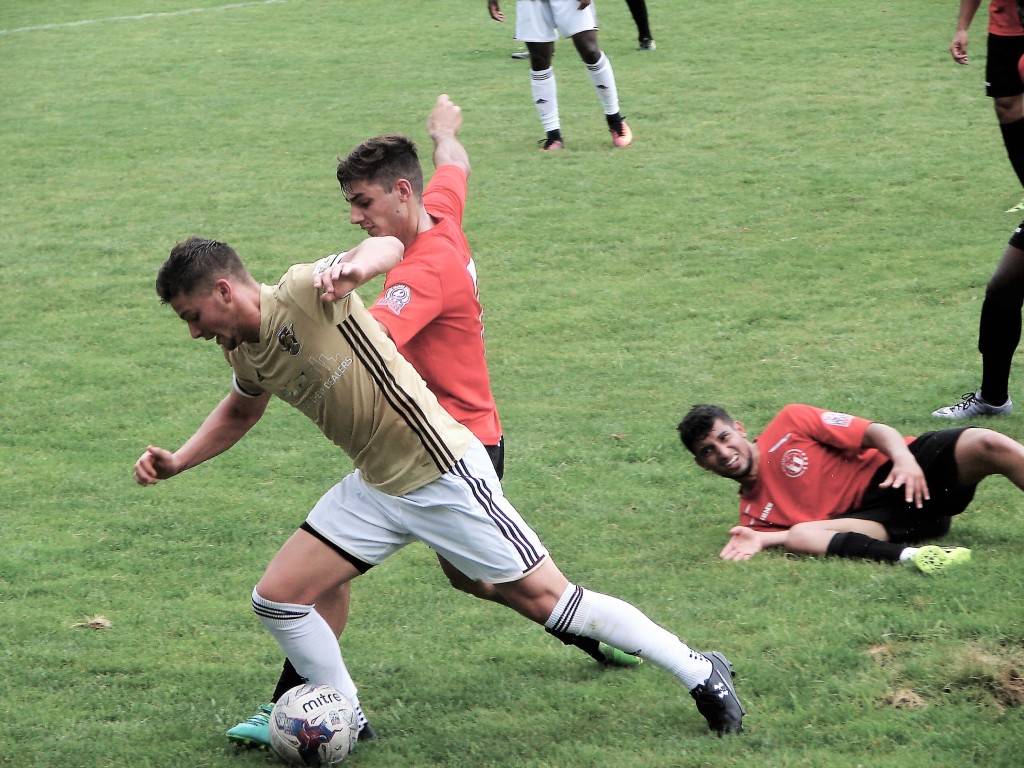 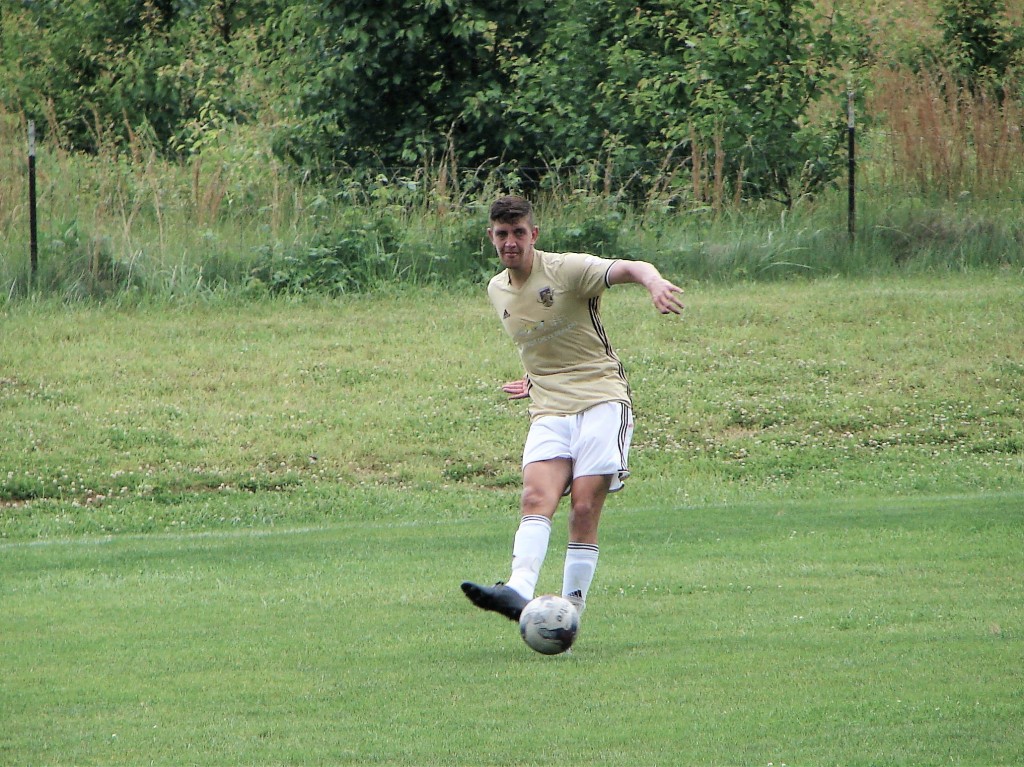 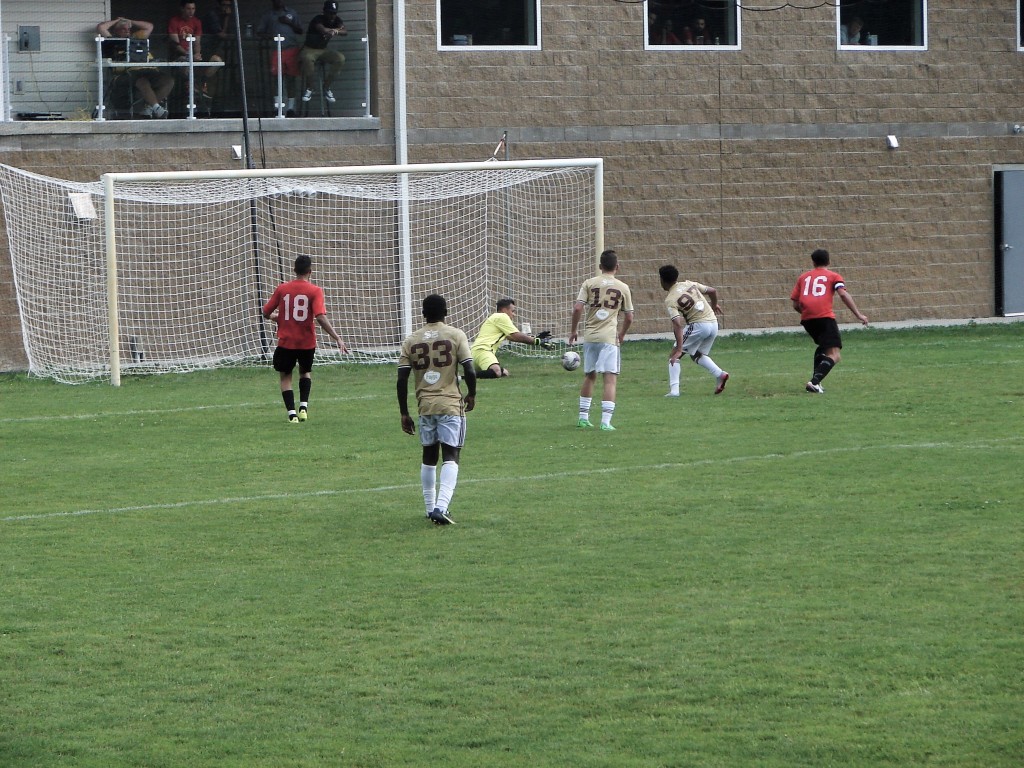 Just as the half was coming to an end, dark clouds rolled in, and with the final whistle, the players headed into the locker rooms in a downpour.

Now, whoever was in charge of this team from Green Acres, threatened to call the police on the Rouge Rovers.  However, it was pointed out to him that there were no rules or code of conduct posted on the team’s website (of which, they didn’t have), on the tickets of admission (of which there was none), or at the field.  The Rouge Rovers adhere to their host’s Code of Conduct when they hit the road to support City.  But when there’s no Code of Conduct…

It was rumored that the guy in charge had spoken to the referees about kicking out the Rouge Rovers, to which the officials said that that was not their job.

A lightning strike created an additional thirty-minute delay, which provided more time for some Rouge Rover shenanigans.  It started with a routine of the Hokey-Pokey.

As the ball boys (of elementary school age), halted their half-time game on the pitch due to the rain, they left the ball behind, allowing Rouge Rovers to provide some half-time entertainment. 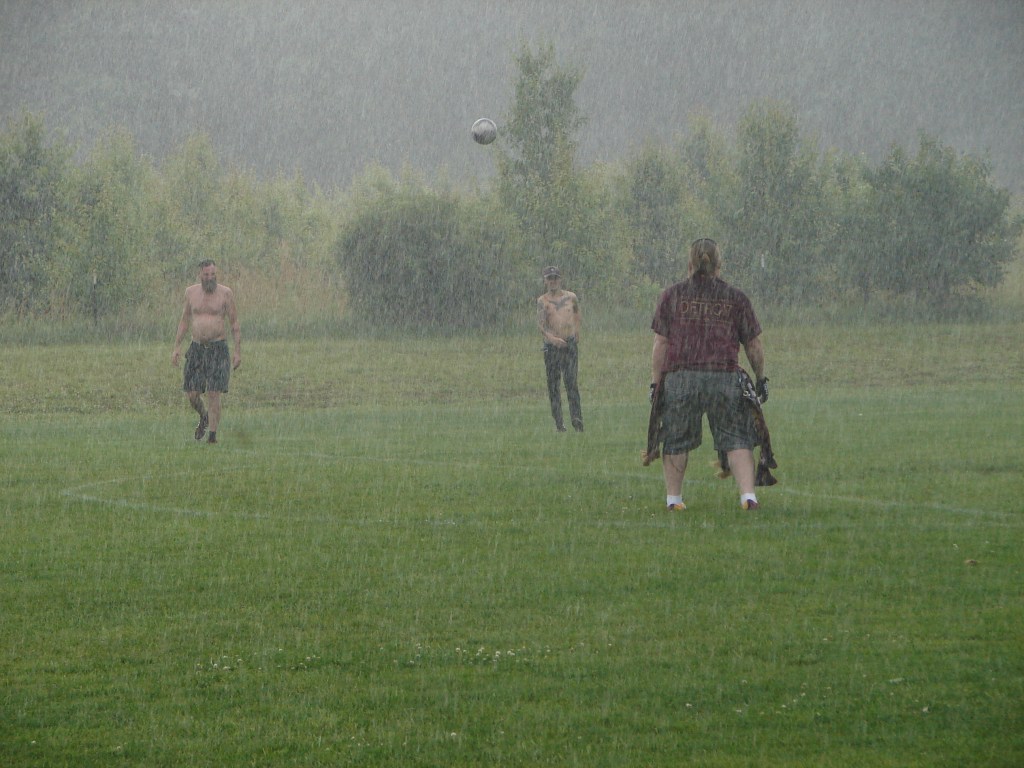 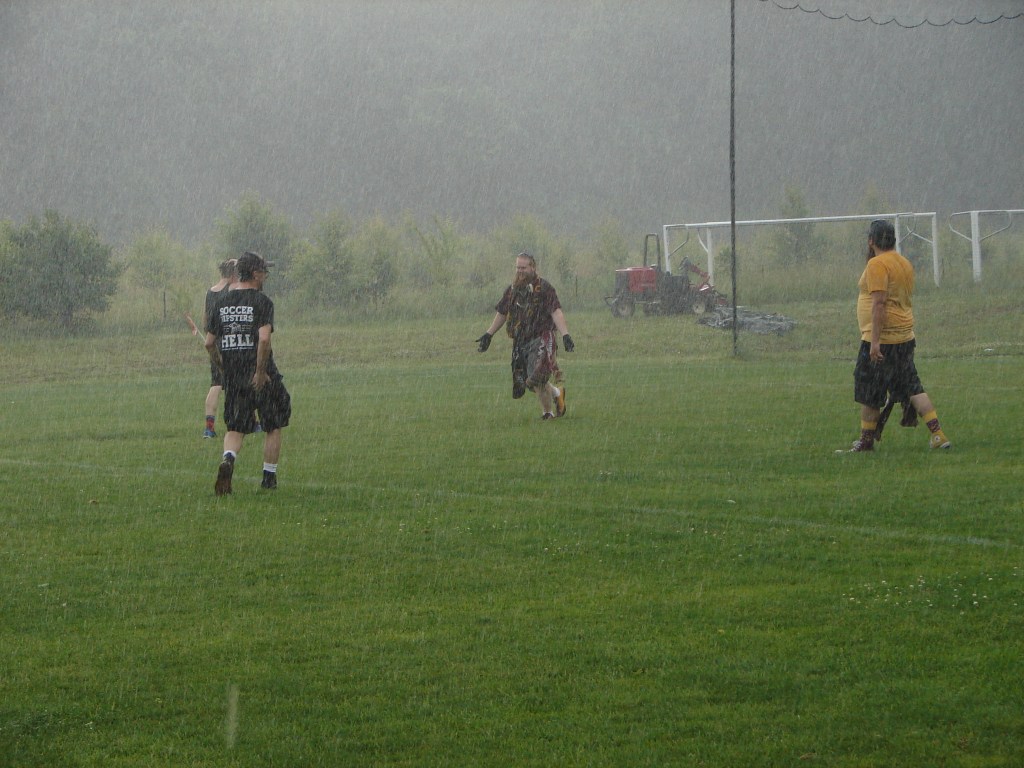 The boys returned, not to play with the Rouge Rovers, but to reclaim their ball and run away with it. 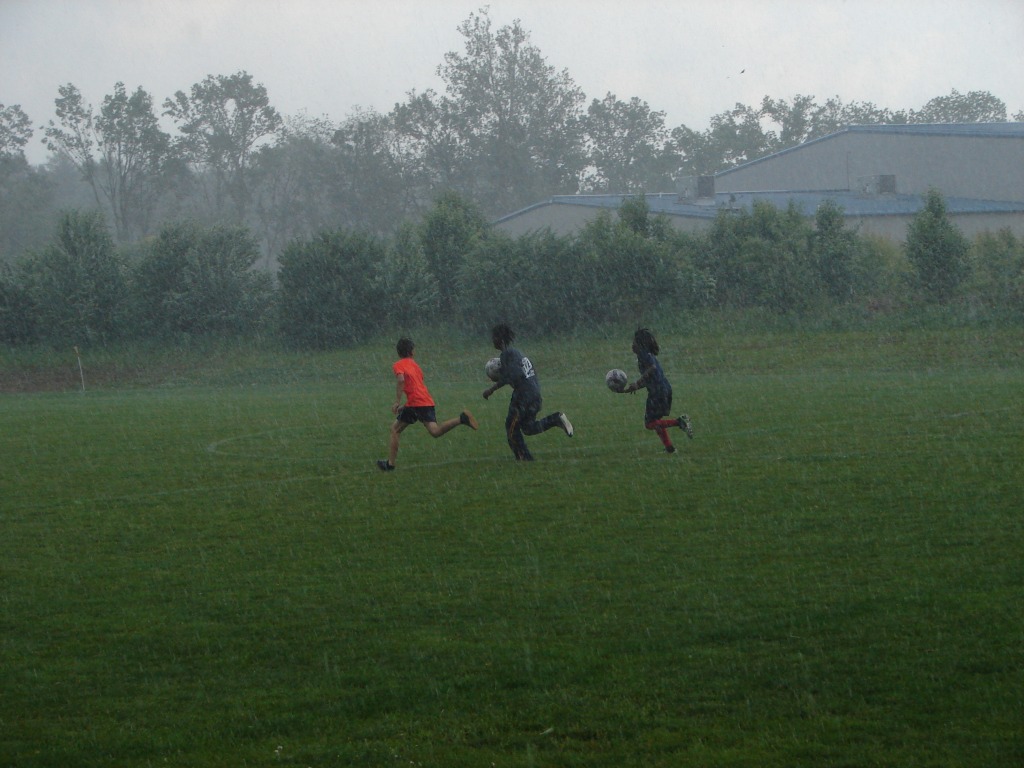 It should also be mentioned that a game of duck-duck-goose took place.

As the sky cleared, and the humidity rose, the second half commenced. 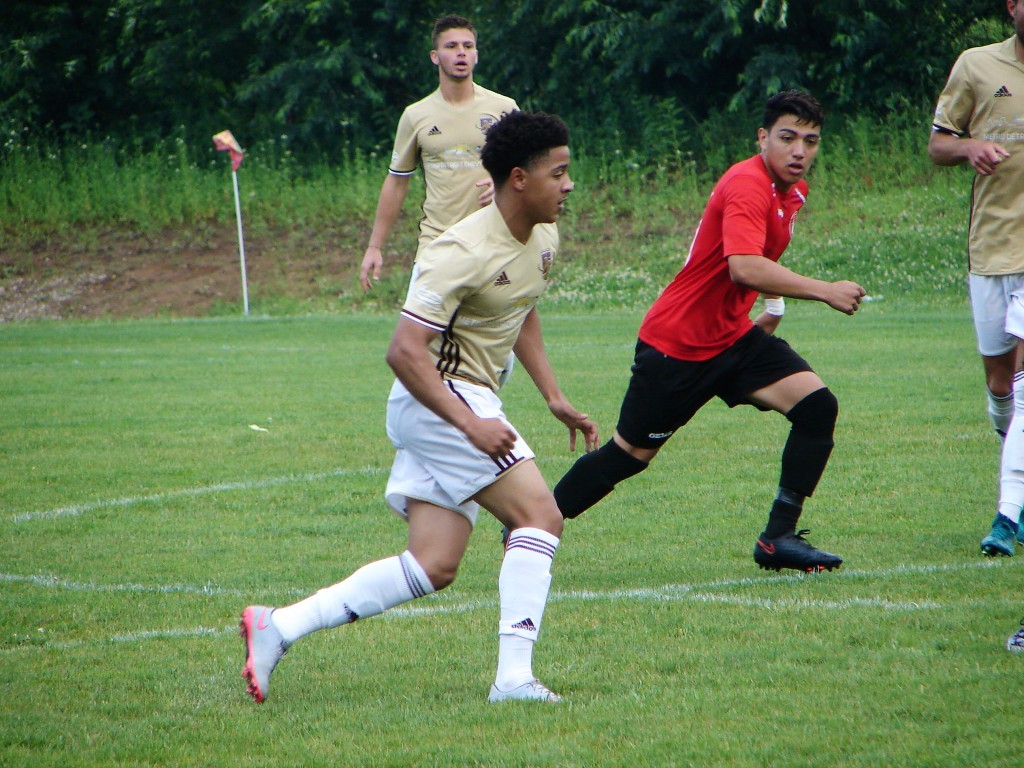 It didn’t take long for City to strike.  In the 48th minute, as they played out from the back, David Edwardson, from midfield, sent a ball down to the right of the goal to Shawn Lawson, who then passed it to Bakie Goodman in front of the goal.  He chipped it past the Indiana keeper, to give City a 2-1 lead. 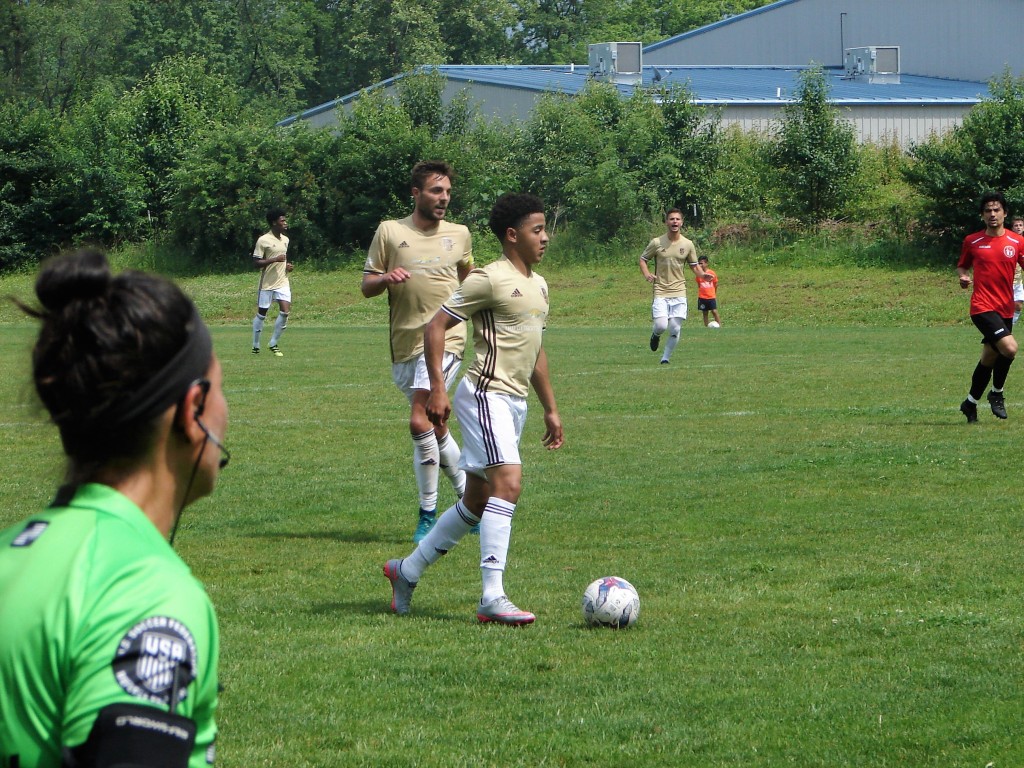 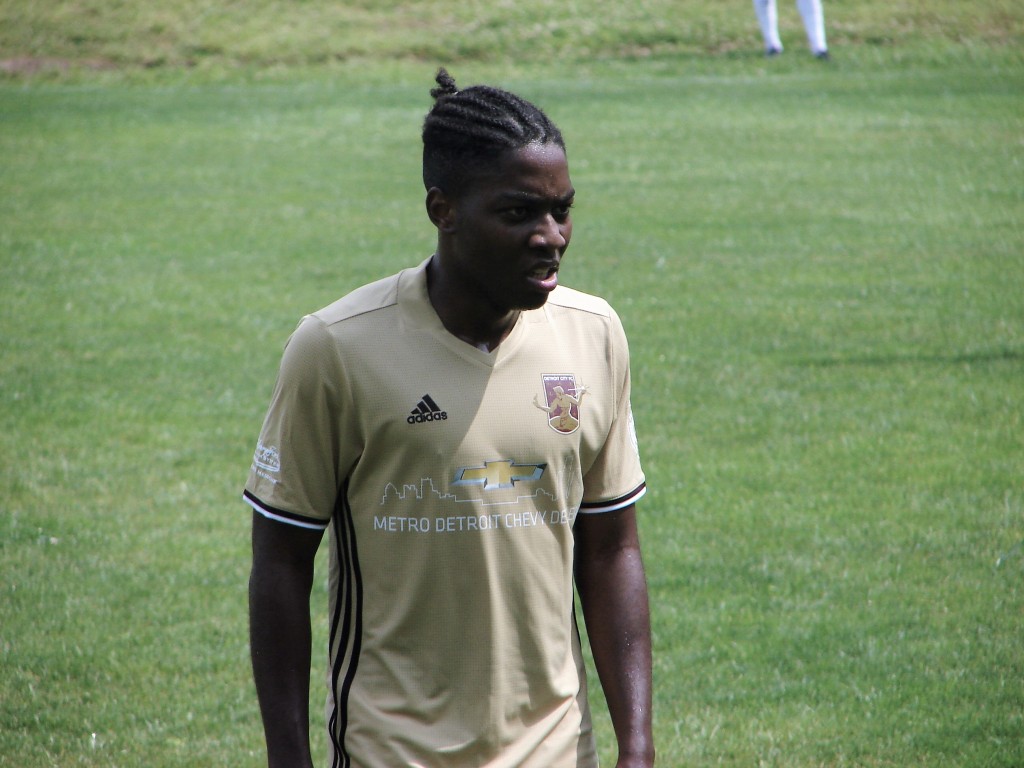 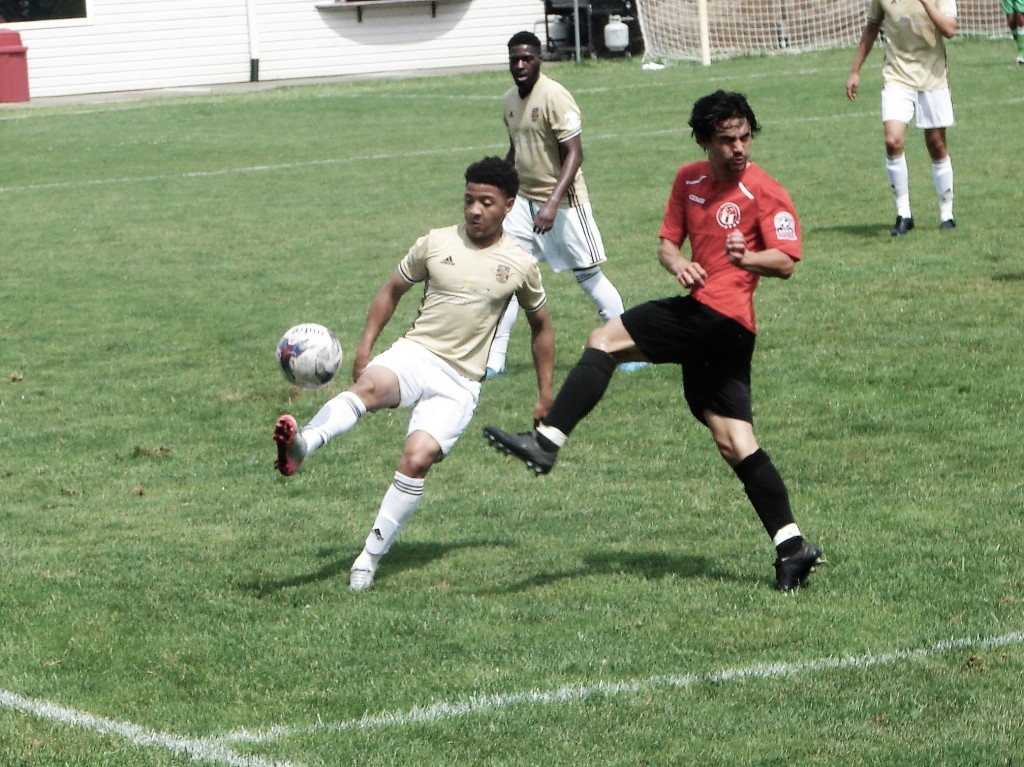 In the 64th minute, Colin Miller sent a goal kick downfield.  A City player headed it further on, where another City player chested down.  He passed it forward, toward the left corner, where Derrick Otim sent in a cross that deflected off an Indiana defender, into the goal, to conclude the scoring. 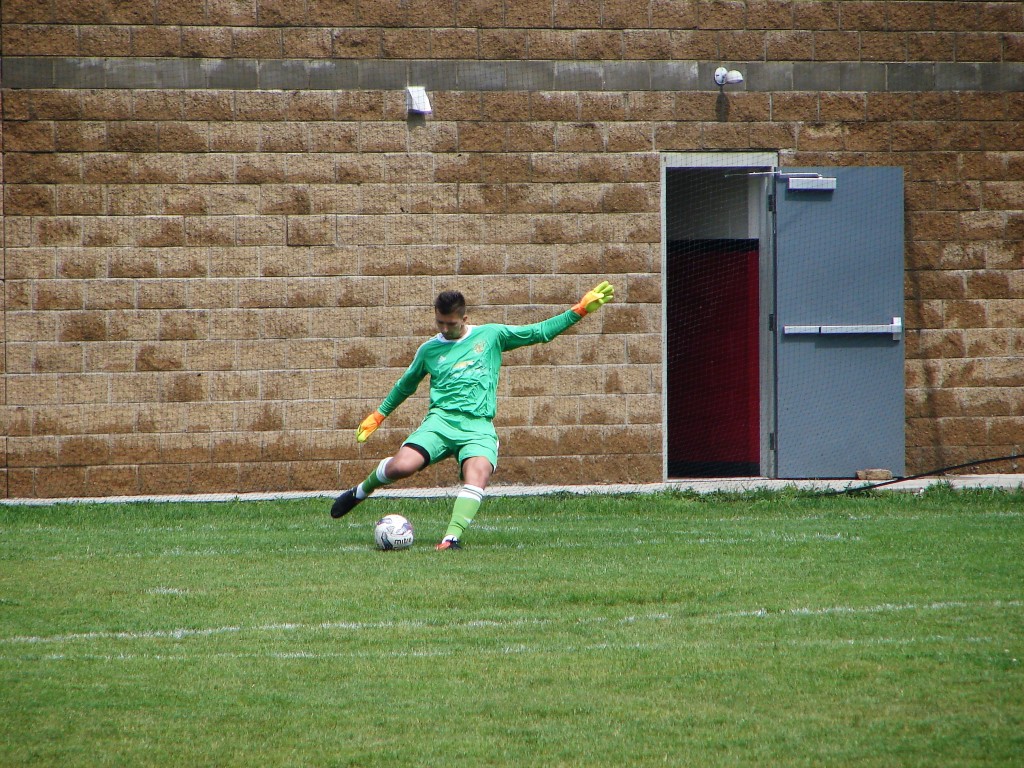 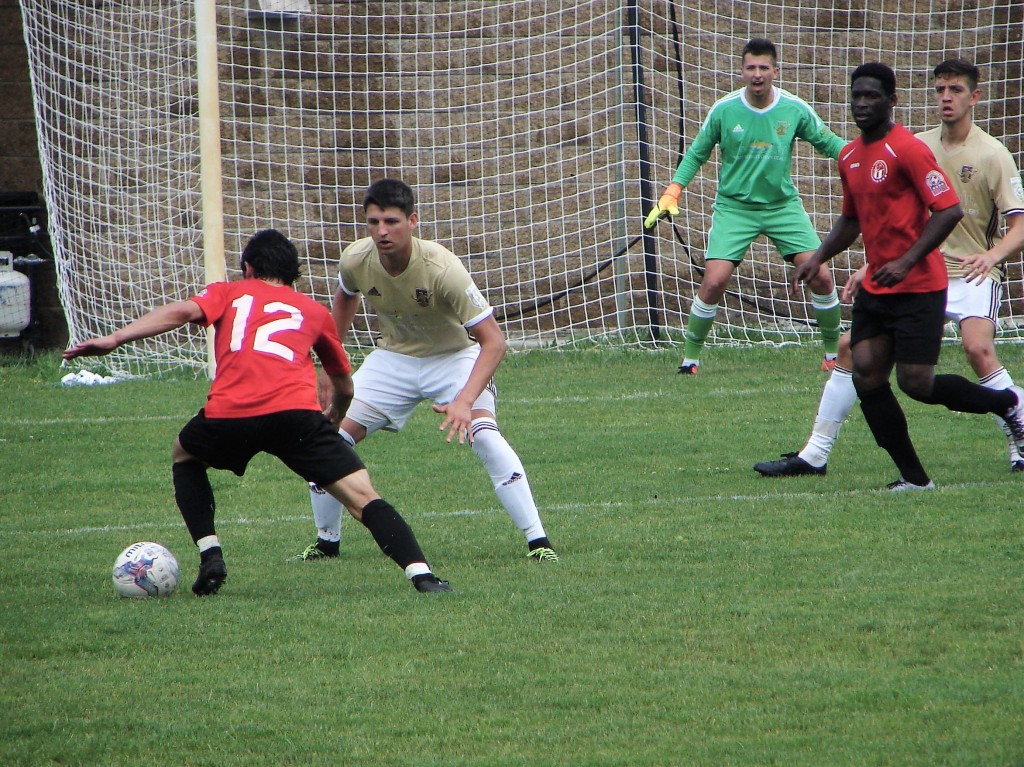 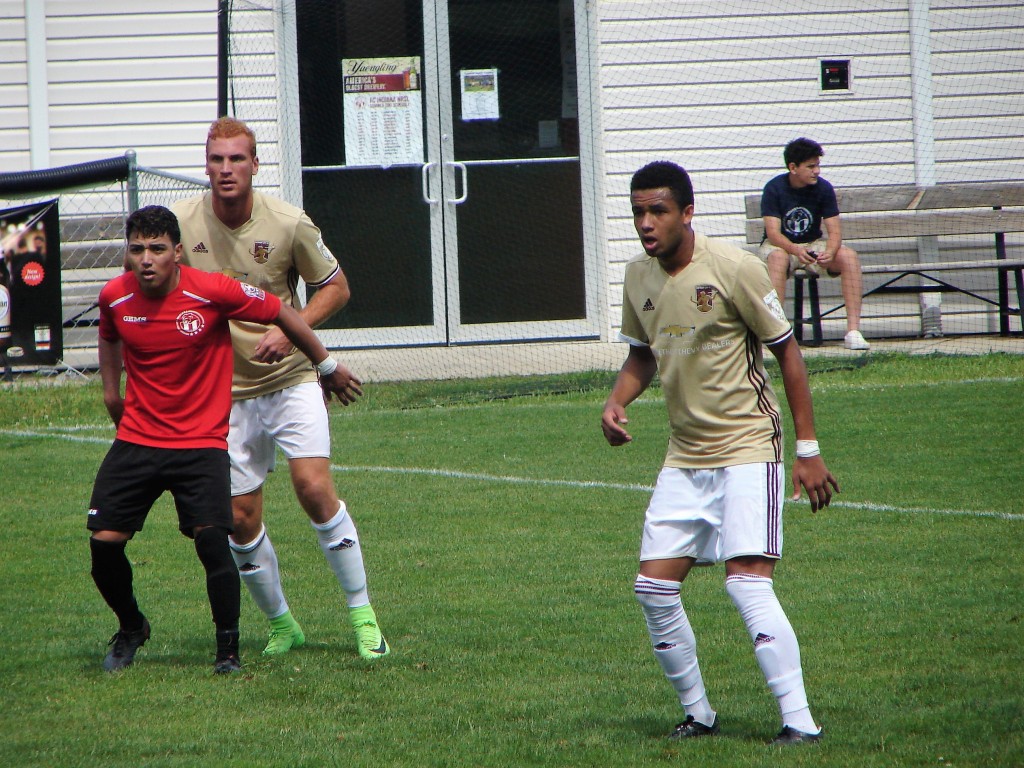 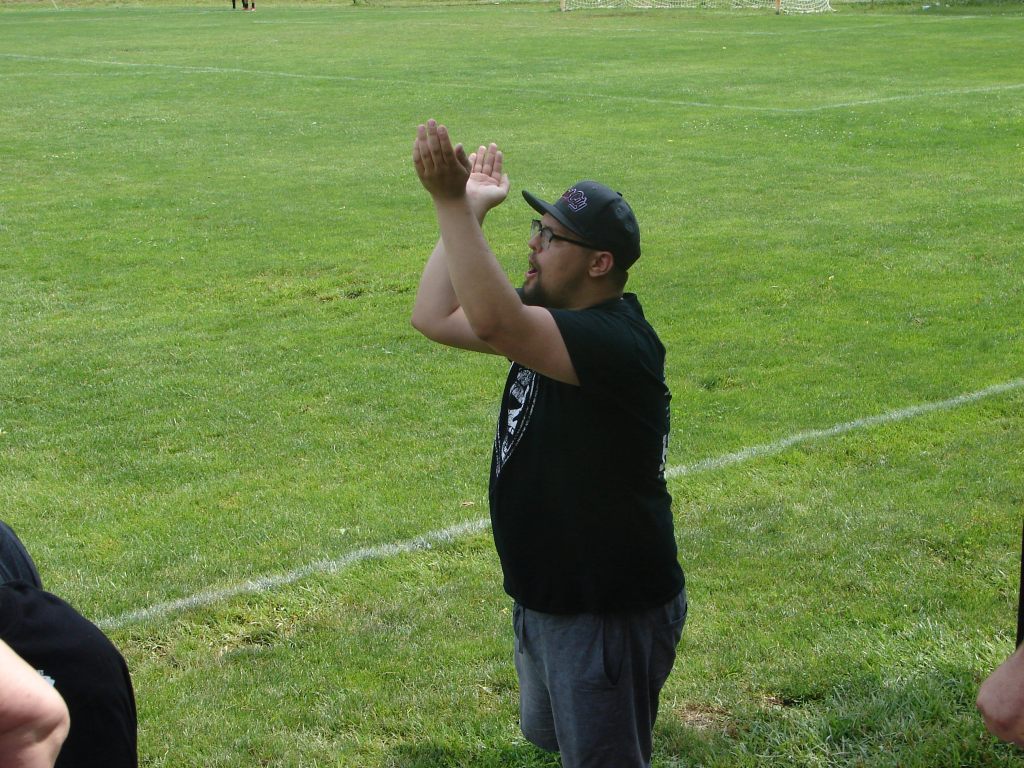 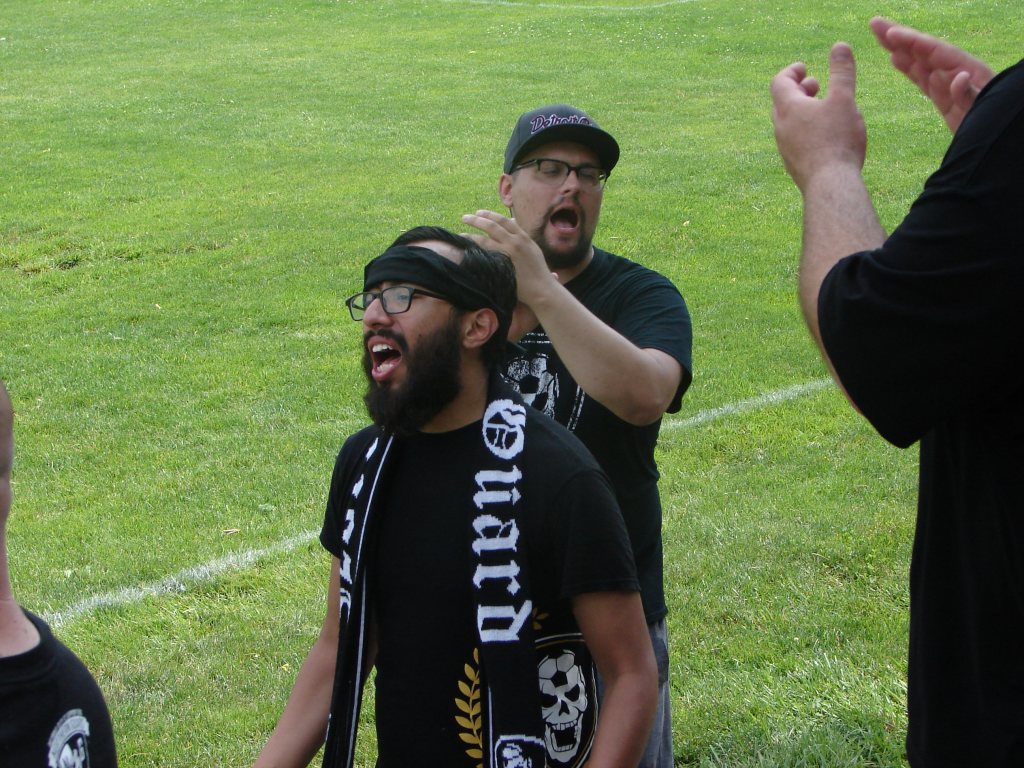 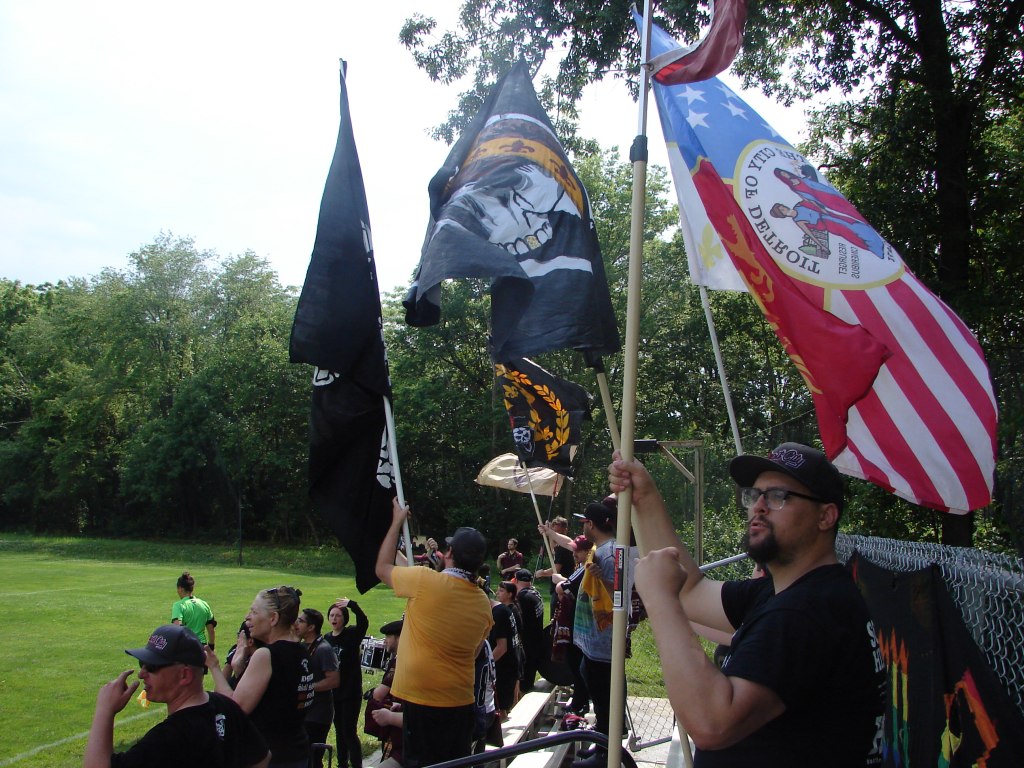 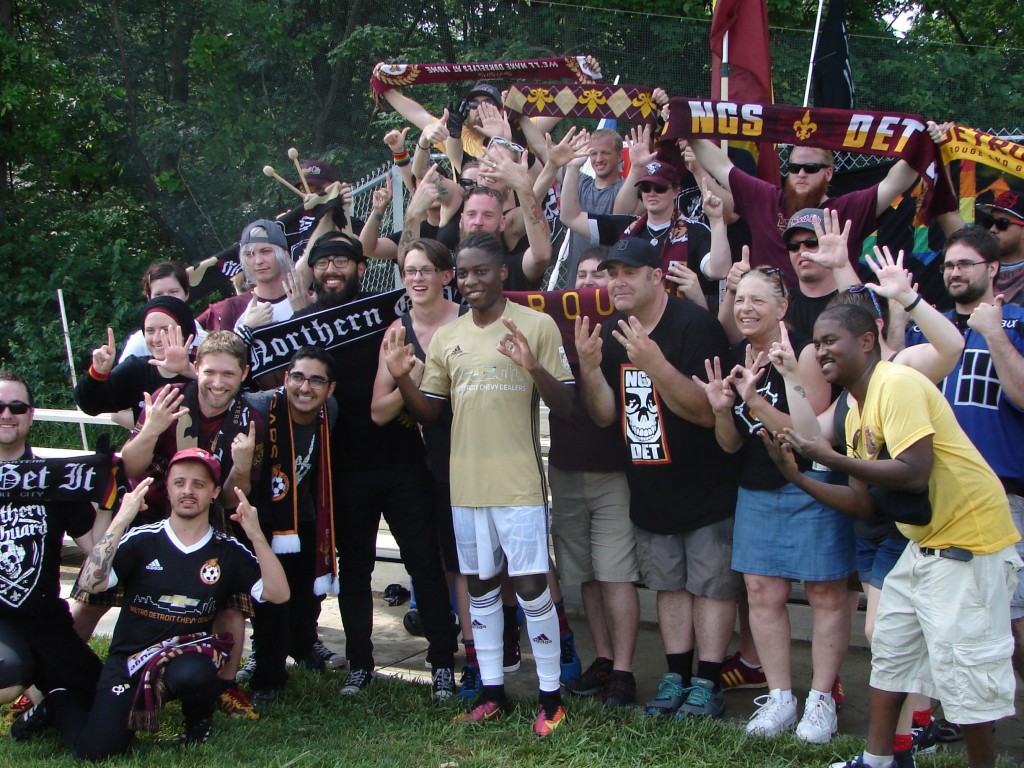 The first weekend after the Glentoran match, and City took 6 points out of 6.

And I’m glad I didn’t break my streak.  Twenty-one, and counting.