It was a soiree, this evening, as the classy Northern Guard Supporters took to the streets to march, and to the stands to sing for the final regular season home match.  What triggered such an elegant display this evening?  The handful of fans of Lansing made statements on Twitter about how we weren’t classy in the way we charged the field to congratulate our team after kicking their butts and securing a playoff spot. 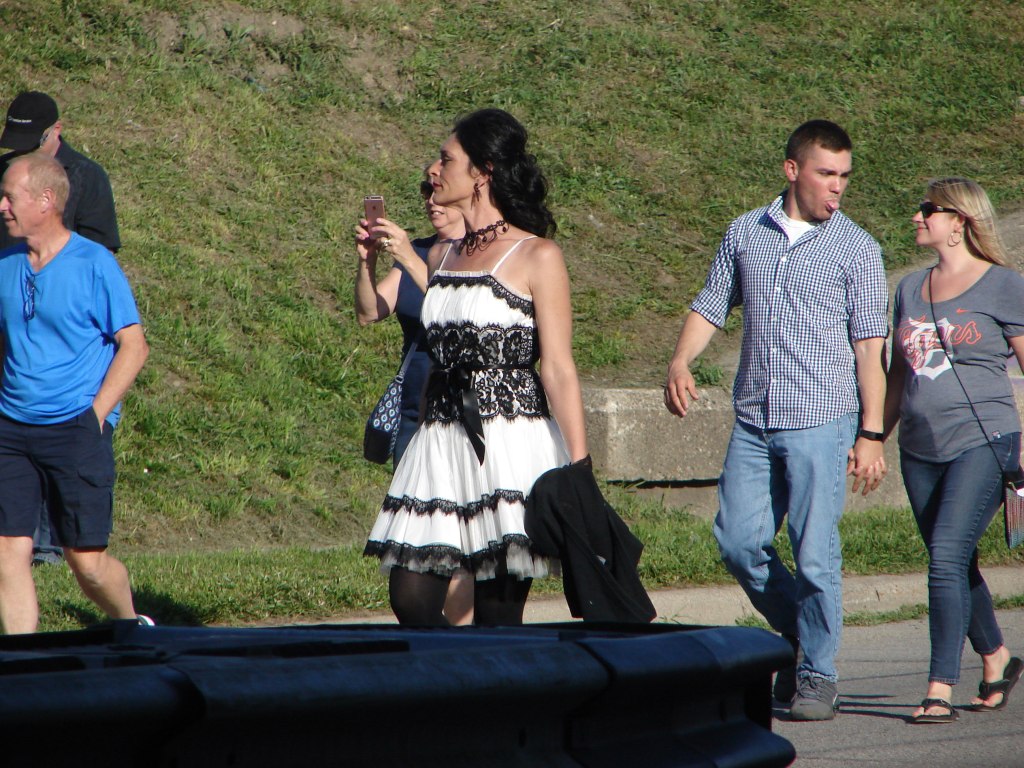 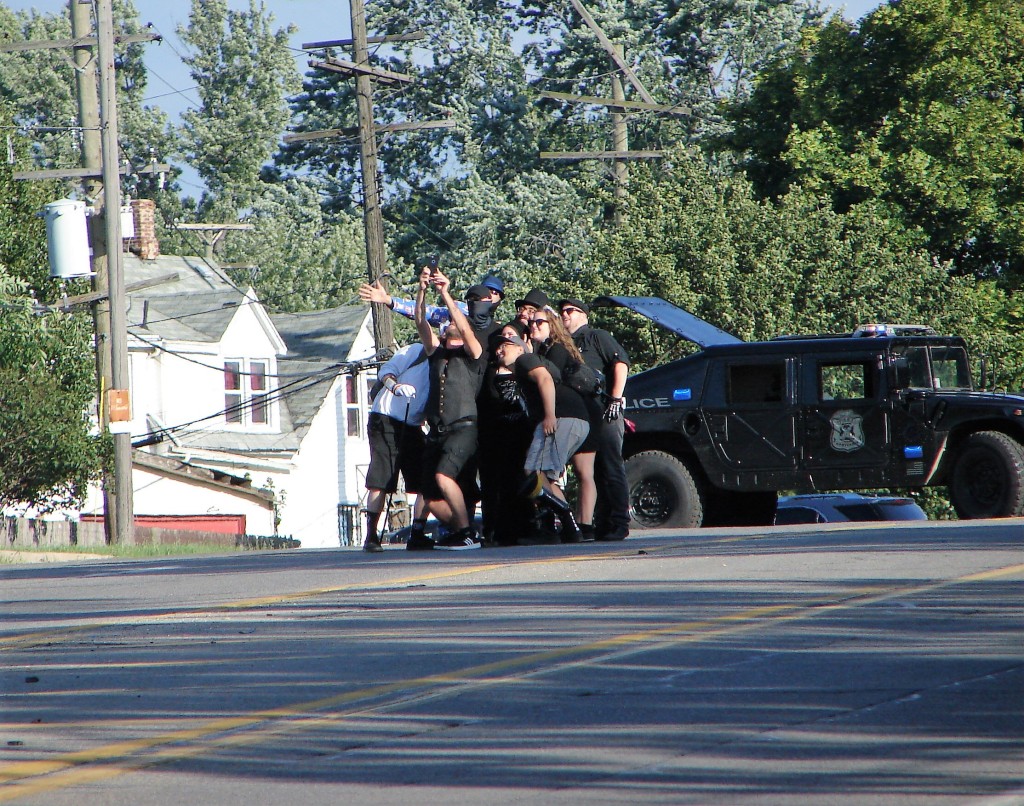 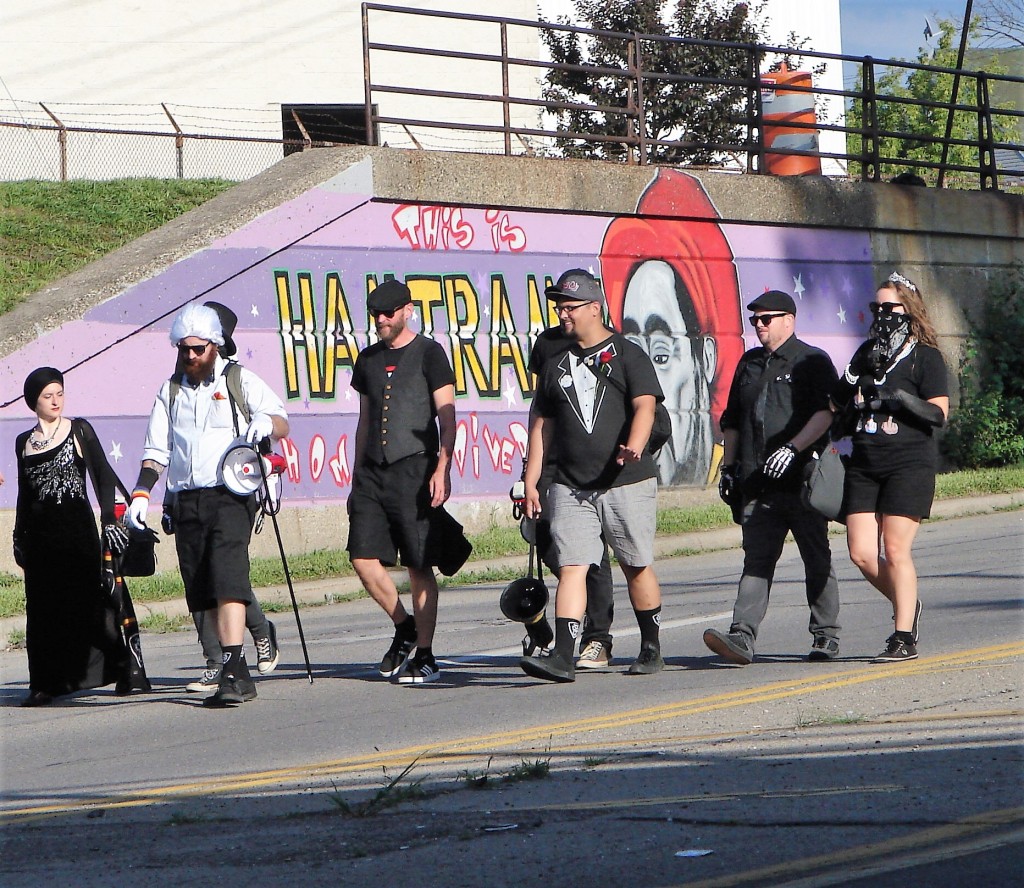 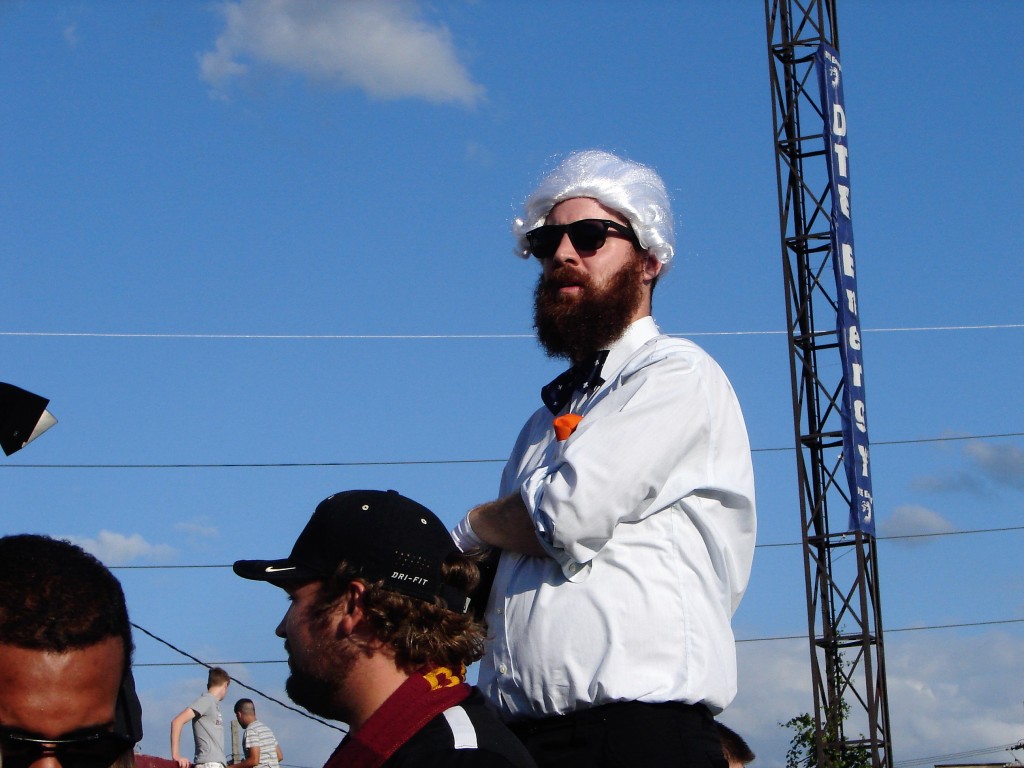 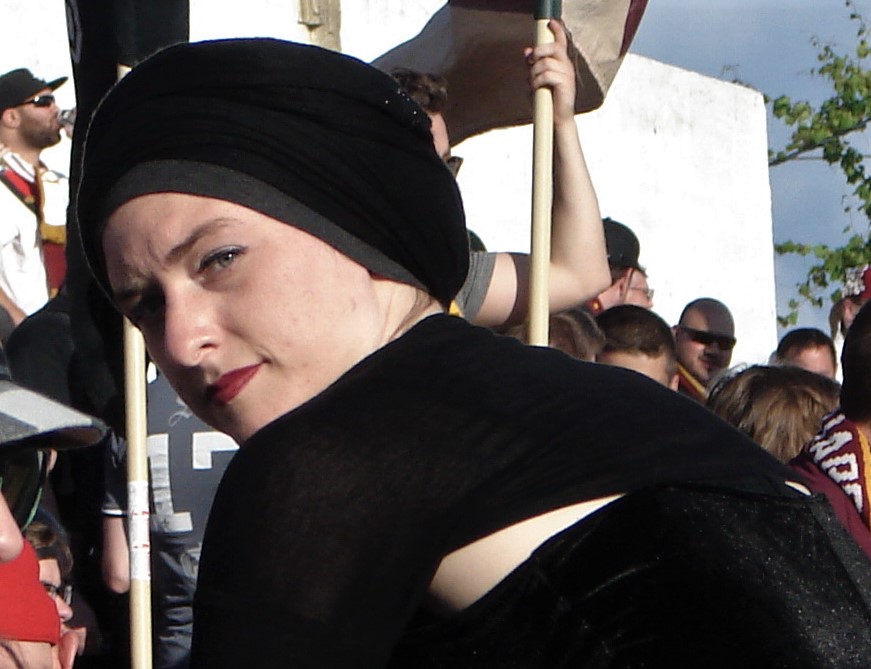 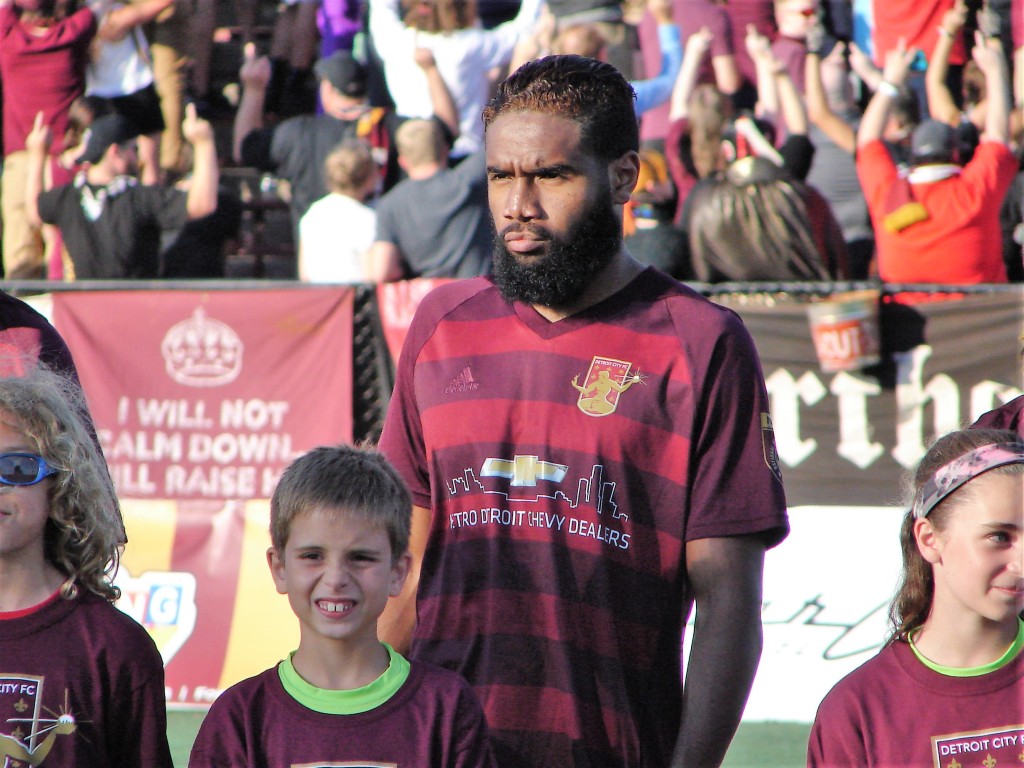 Secure with a playoff spot and the division title unlikely (they would need a win here and AFC Ann Arbor to lose their last two matches), this was an opportunity to repair the broken winning streak, and carry a positive into the playoffs.  And who better than Lansing United to be on the receiving end? 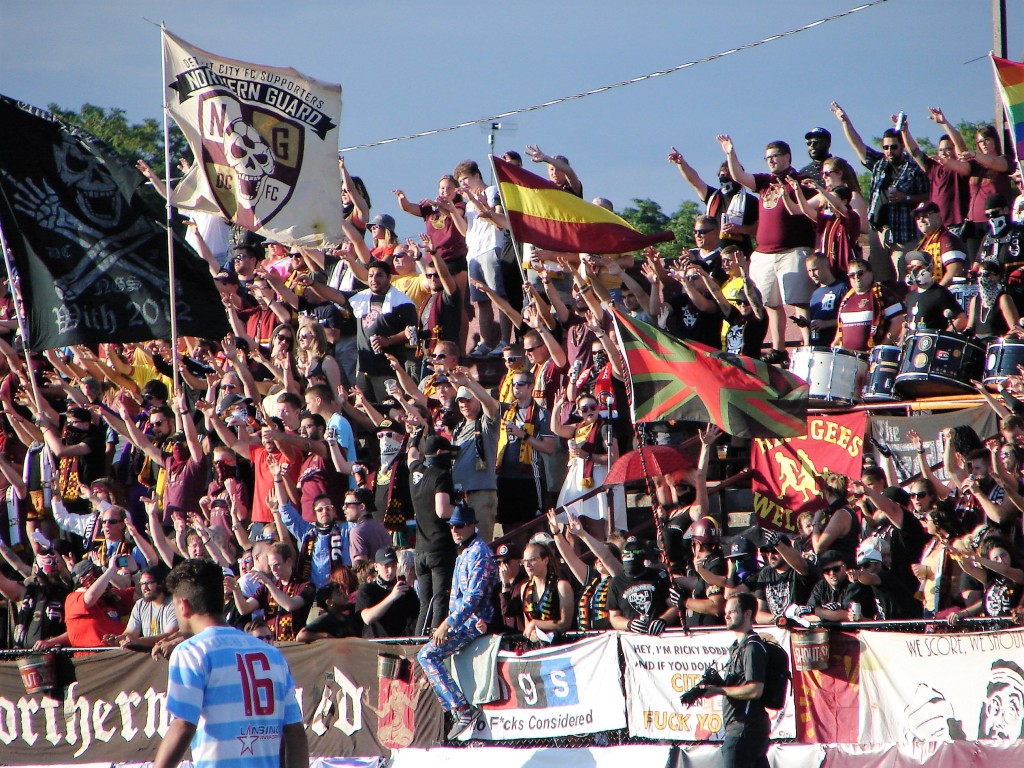 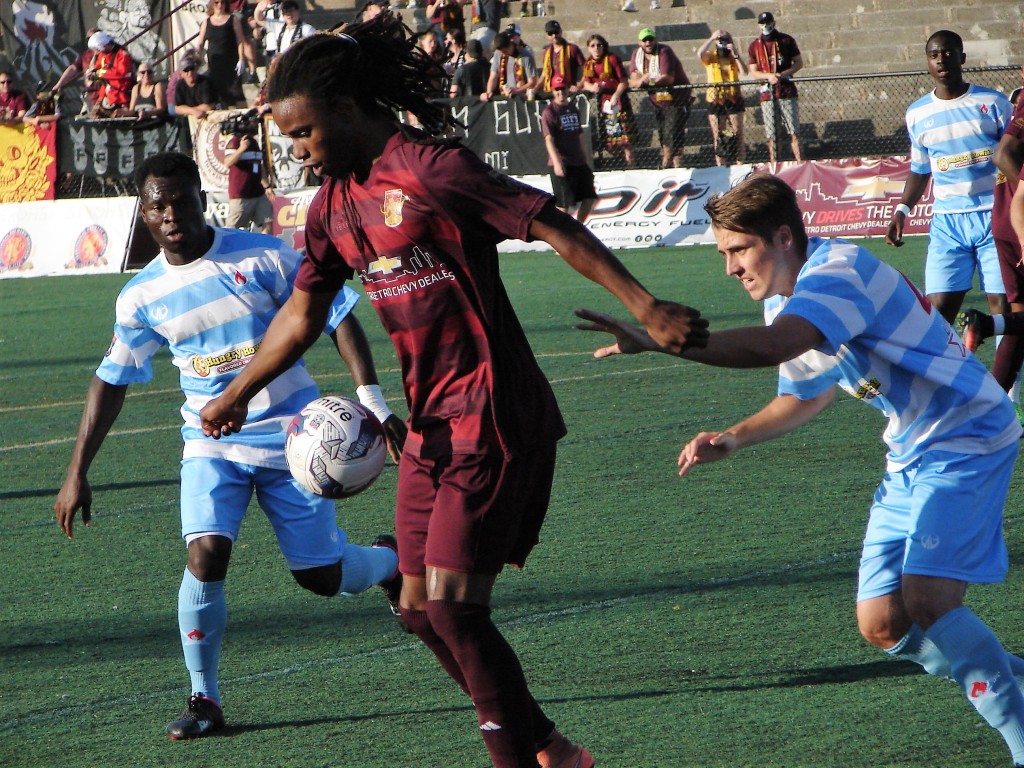 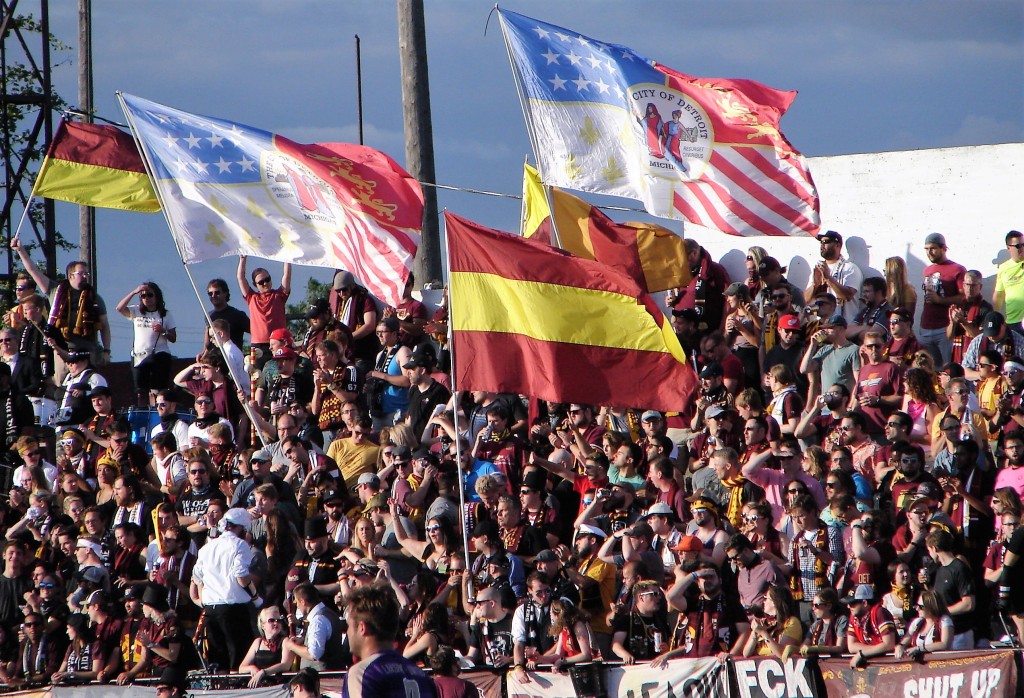 In the 39th minute, Morris Kamara scored the only goal of the half, giving Lansing United the lead going into the locker room.  City had created a number of chances, but could not break the plane of the goal.

Michigan Special Olympics took to the pitch during halftime for an exciting performance for both fans and players. 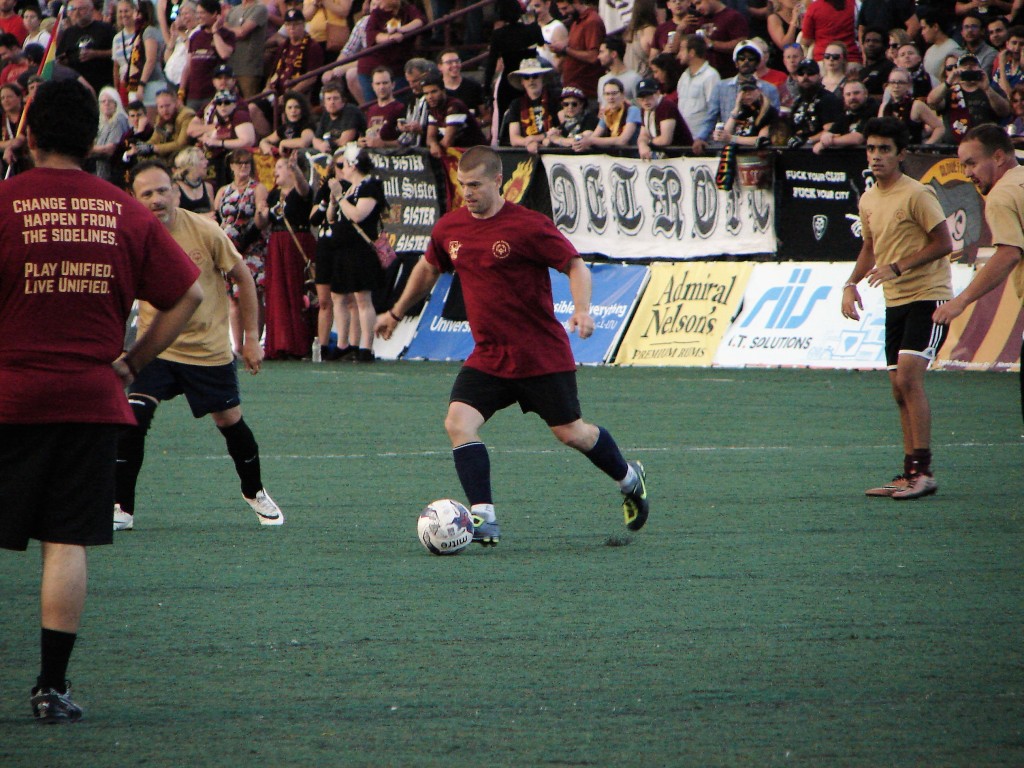 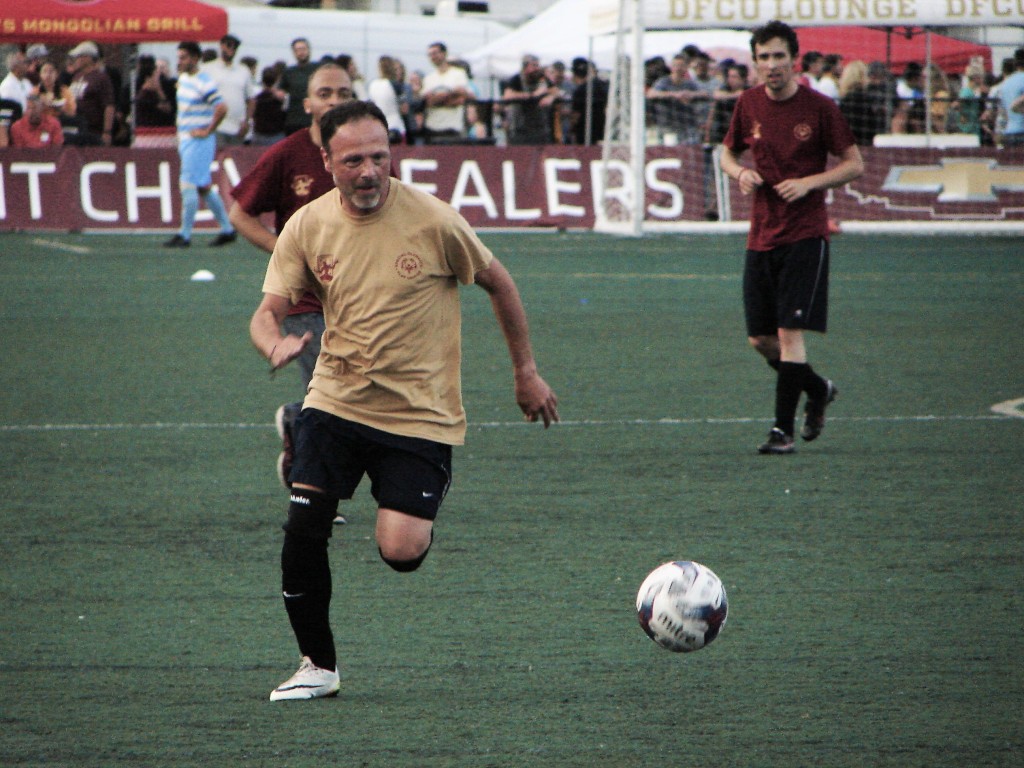 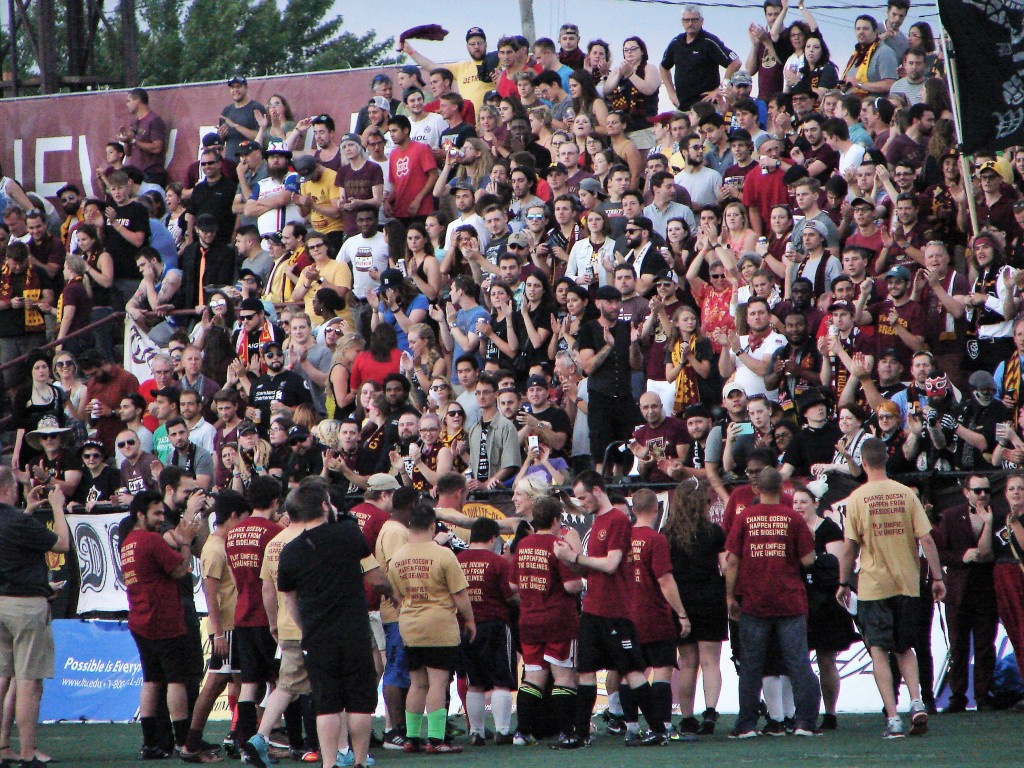 In the second half, shortly after the hour mark, Tyrone Mondi was sent in from a feathery pass from Jeff Adkins, but sent the ball wide, as City put on the pressure to tie the match.  The play went back downfield, and James DeCosemo cut through the City defense and fired a shot into the corner, doubling Lansing’s lead in the 65th minute.  Three minutes later, Tumi Moshobane outwitted the City defense, and fired a shot like DeCosemo’s, into the corner, giving Lansing a 3-0 lead.  But did spirits wane?  Nope. Because… 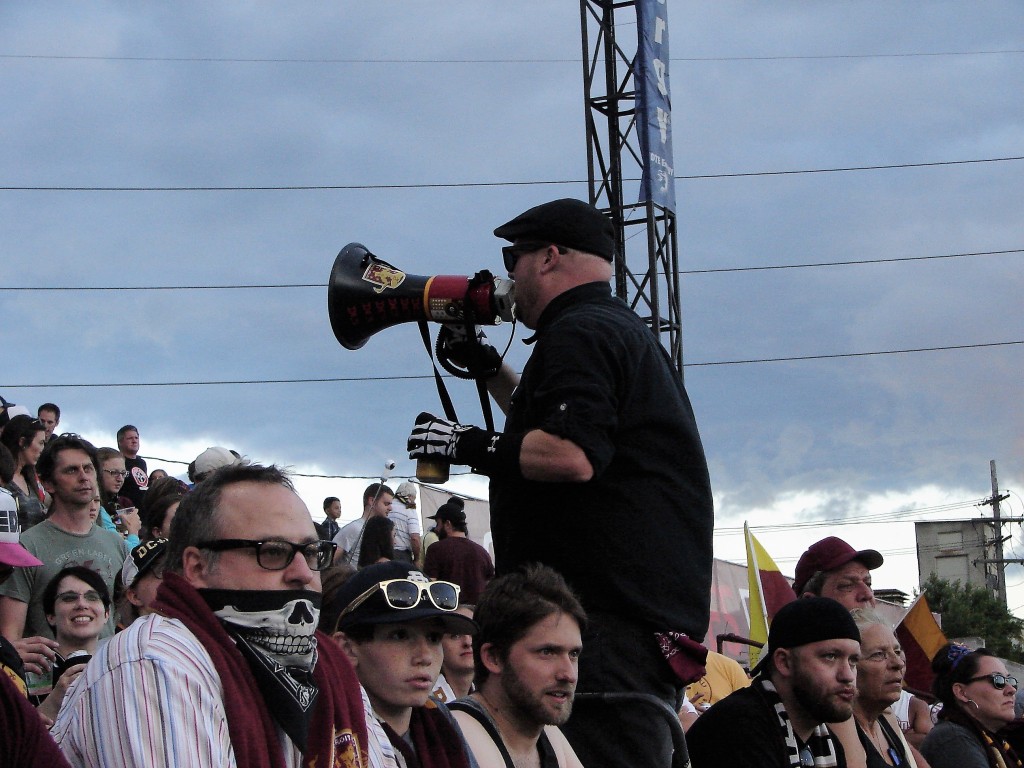 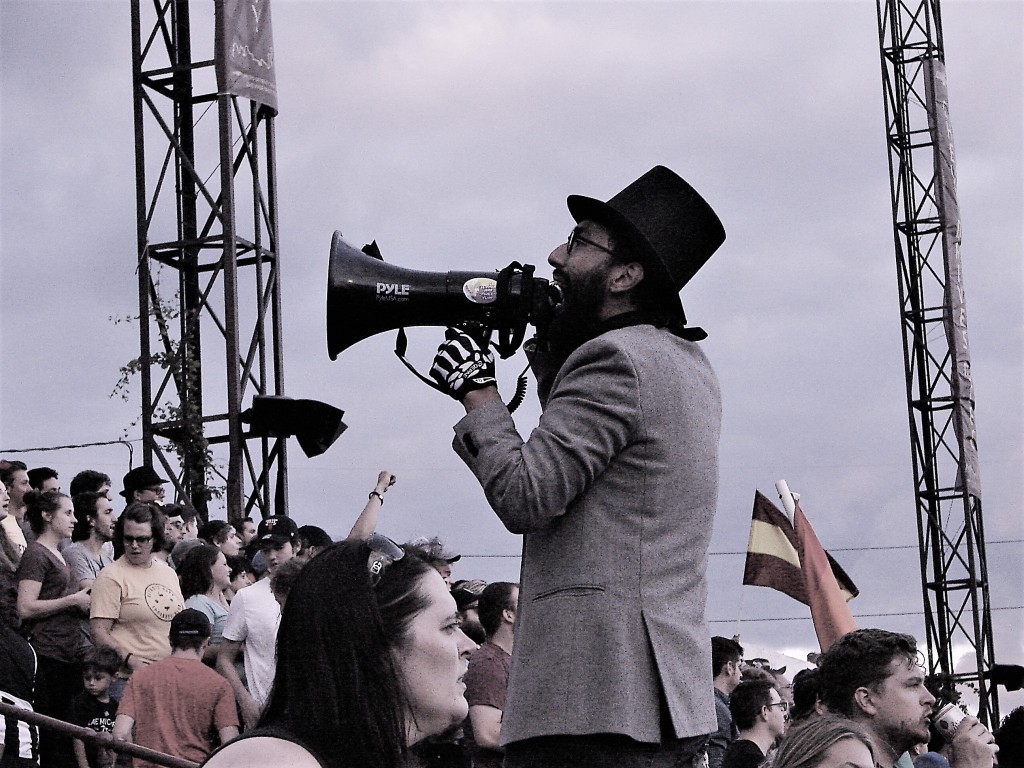 Four minutes later, Omar Sinclair drew his second yellow card, taking Detroit down a man for the final 15 minutes of the match.

Thus, the nickname, “The Windmill” is attached to Seb Harris’ name. 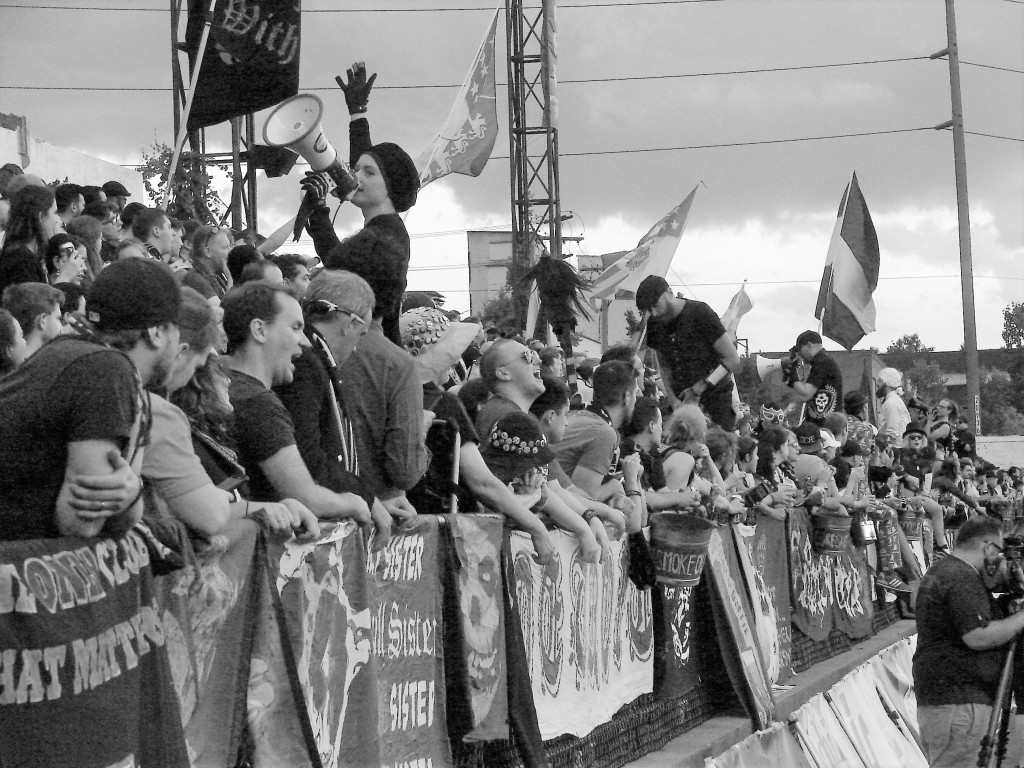 In the 86th minute, Lansing United blew a three-goal lead.

In the 90th minute, Fernando Pina made a brilliant save to keep things level, and when the final whistle blew, there was much rejoicing. 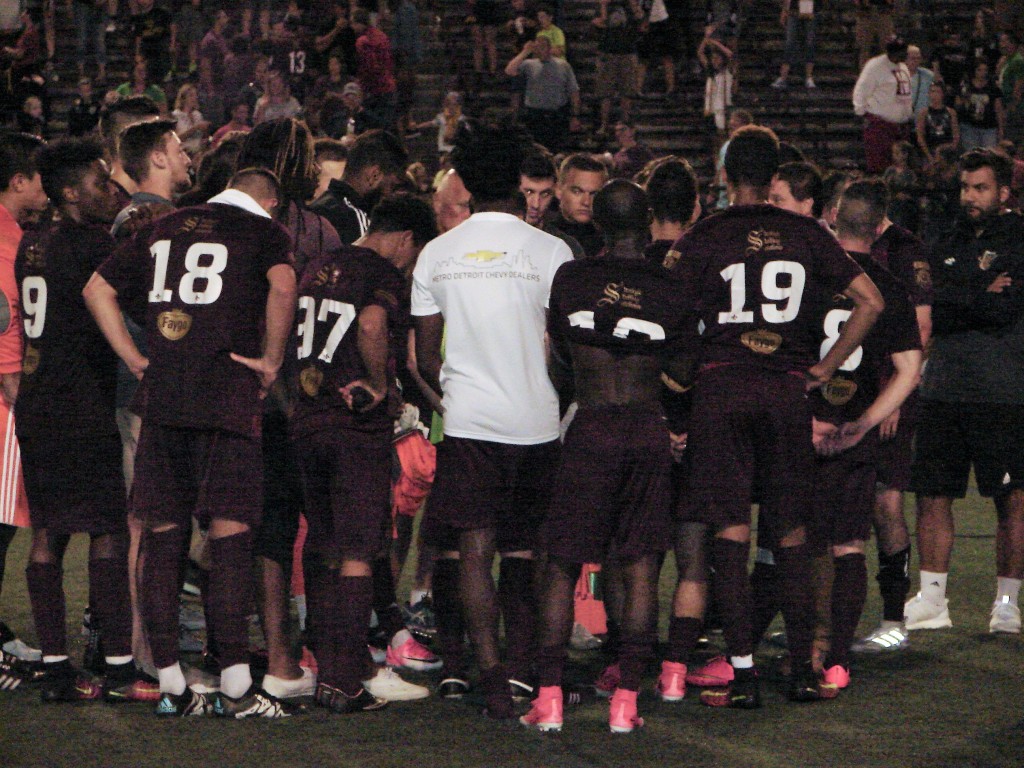 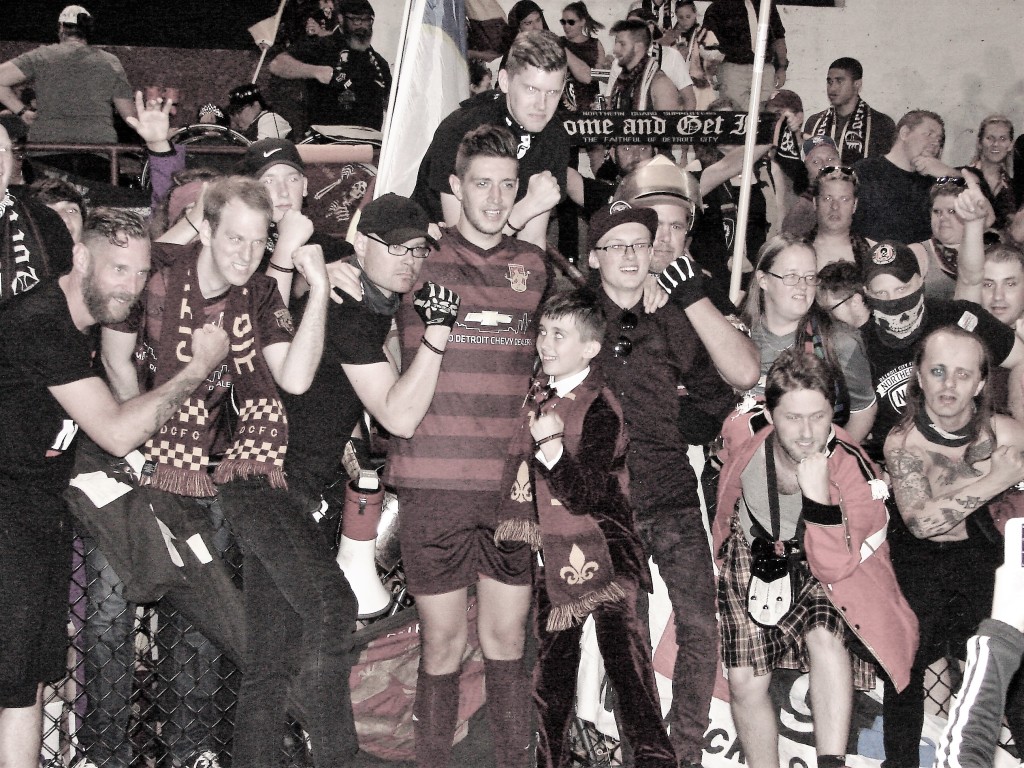 The season concluded with City in 2nd place with a record of 9 wins, 3 draws, 2 losses.  Before going into the playoffs, an international friendly loomed.