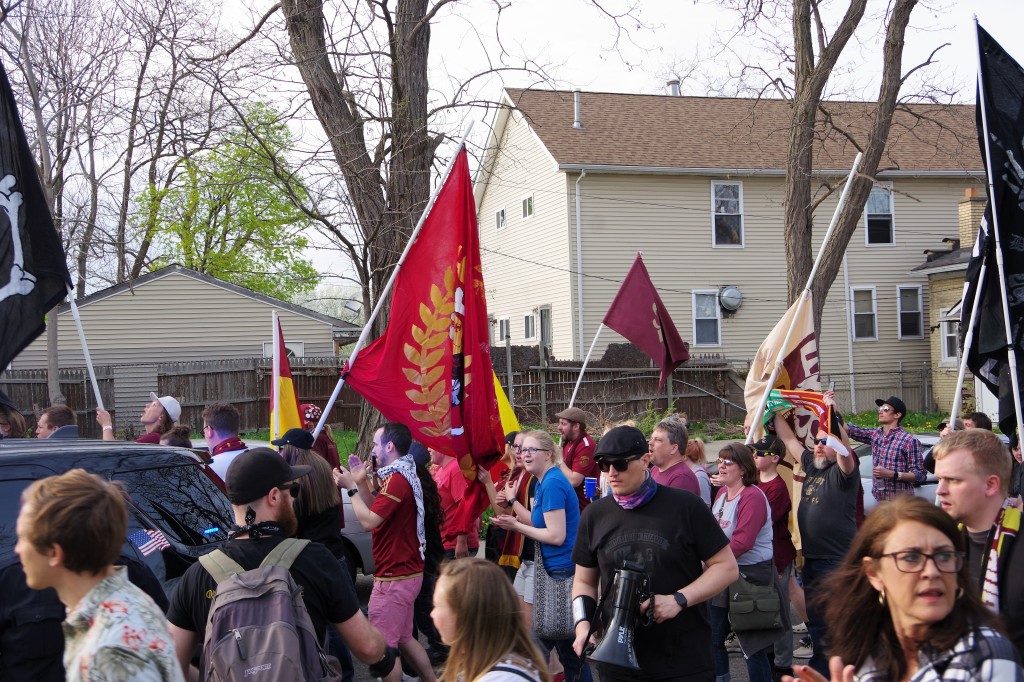 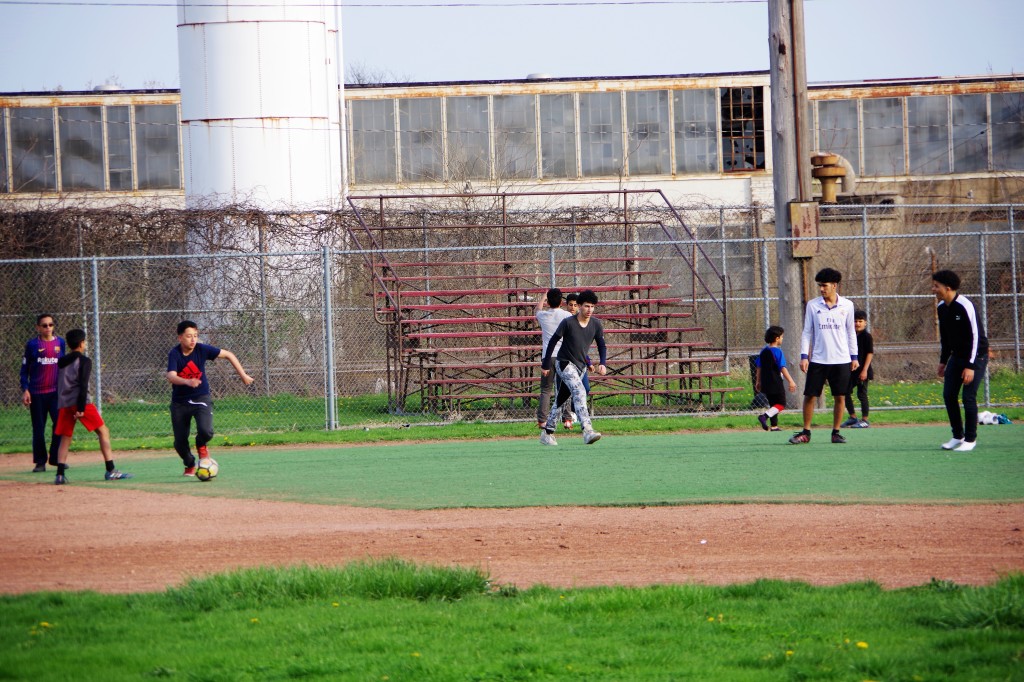 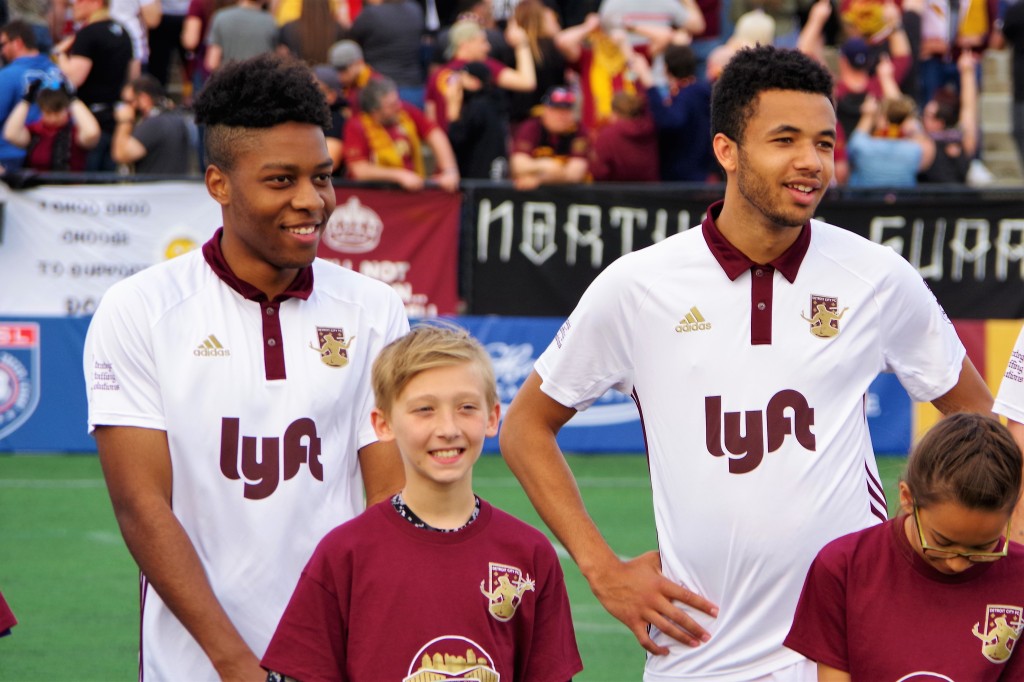 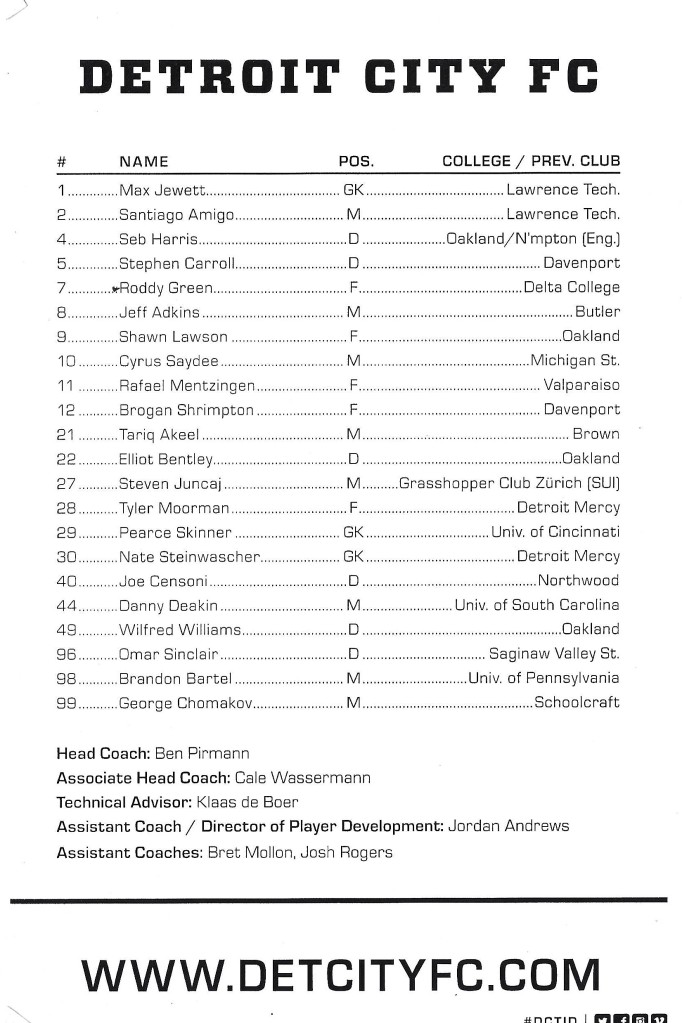 Only thirteen players suited up for our new friends from Colorado, but they brought an A-game that made the game competitive. 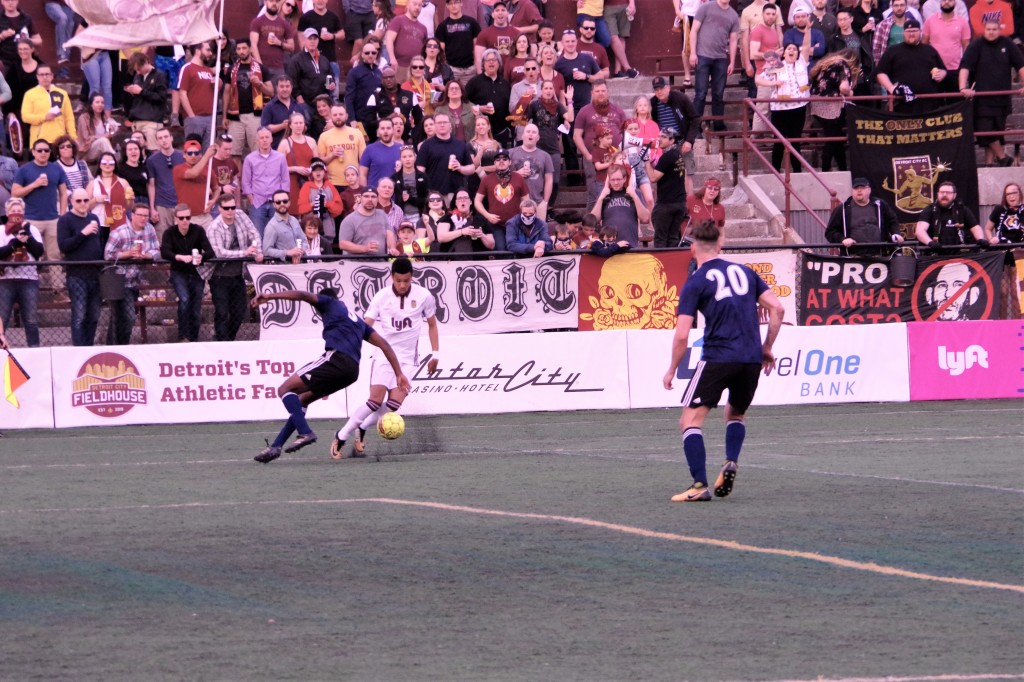 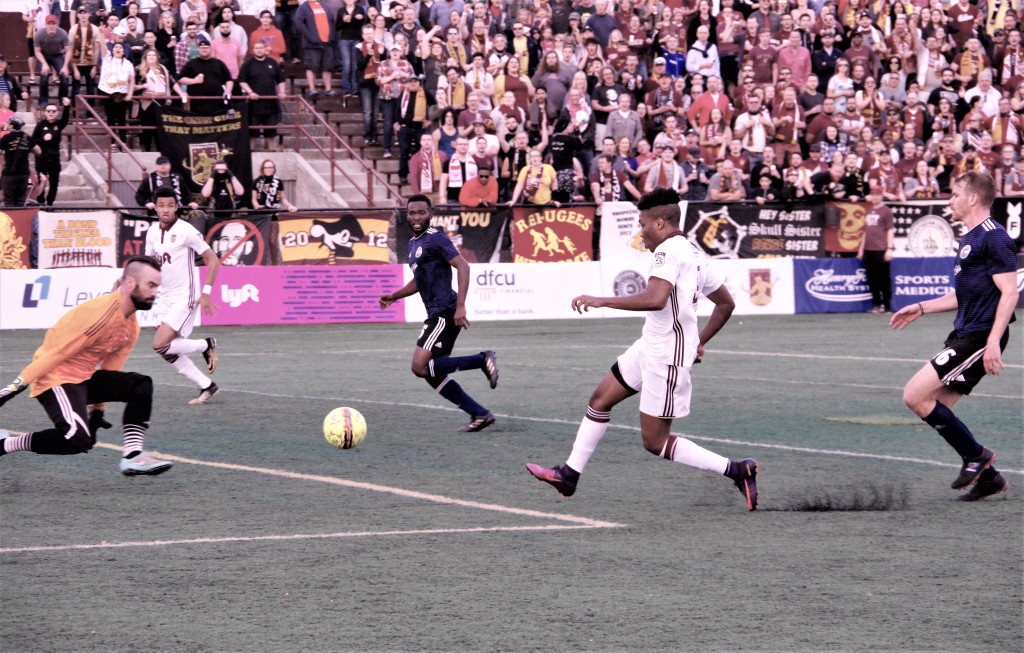 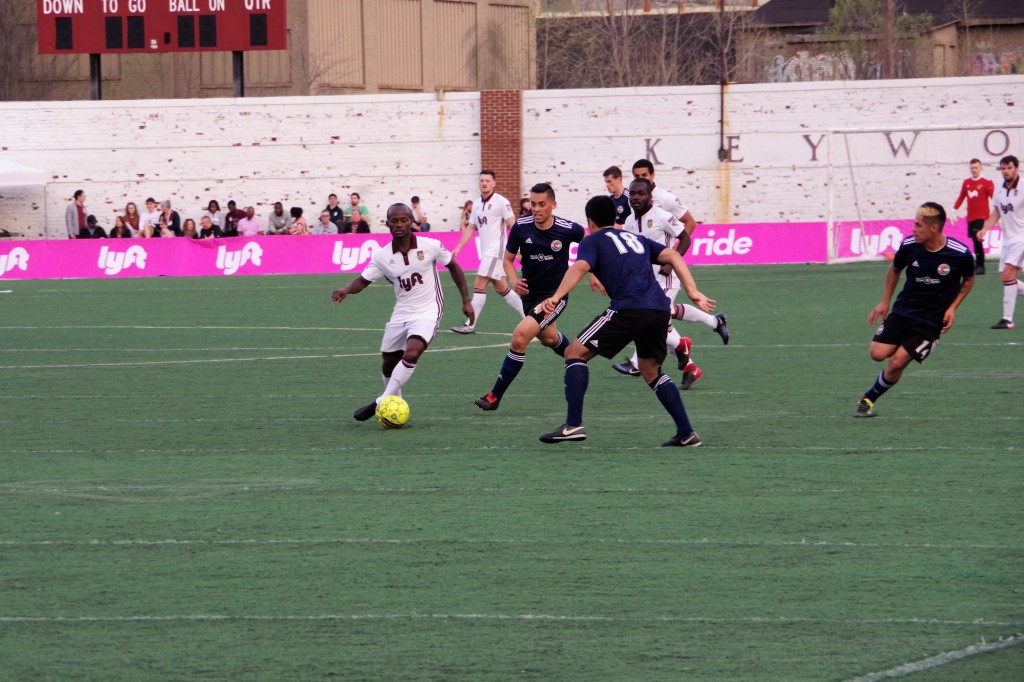 After closing the half scoreless, Harpos’ Shane Wheeler gave our guests the lead in the 58th minute.  With ten minutes remaining, City veteran Jeff Adkins leveled the score.  As the game wound down, City continued to pressure, but couldn’t slot home a winner.

In true friendly style, the players from Harpos FC came over and thanked the Northern Guard Supporters for creating an experience, which was reciprocated.  See, moms and dads?  Even opposing players are not afraid to bring their kids over to the Northern Guard section.

You know you’ve made new friends when, four days later, they’re watching and cheering you on against the Bucks!