After the nil-nil Chattanooga FC vs New York Cosmos match, we were treated to a match that had the most goals score in the tournament thus far.

The Cal United Strikers and Los Angeles Force have played each other four times in the past year, with Cal United winning two, and the other two ending in a draw. 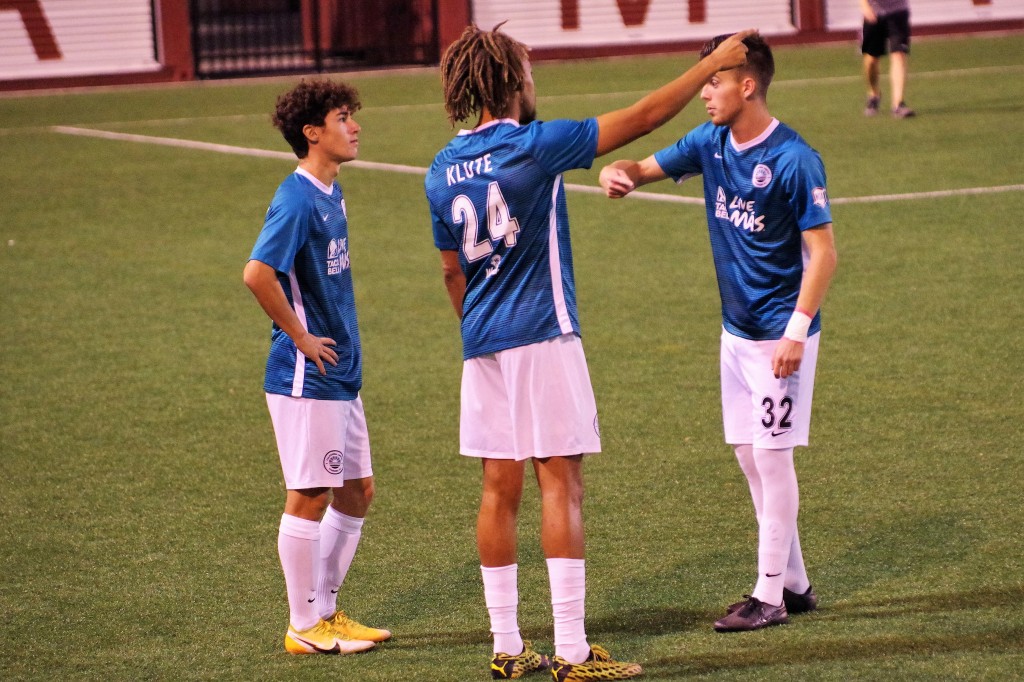 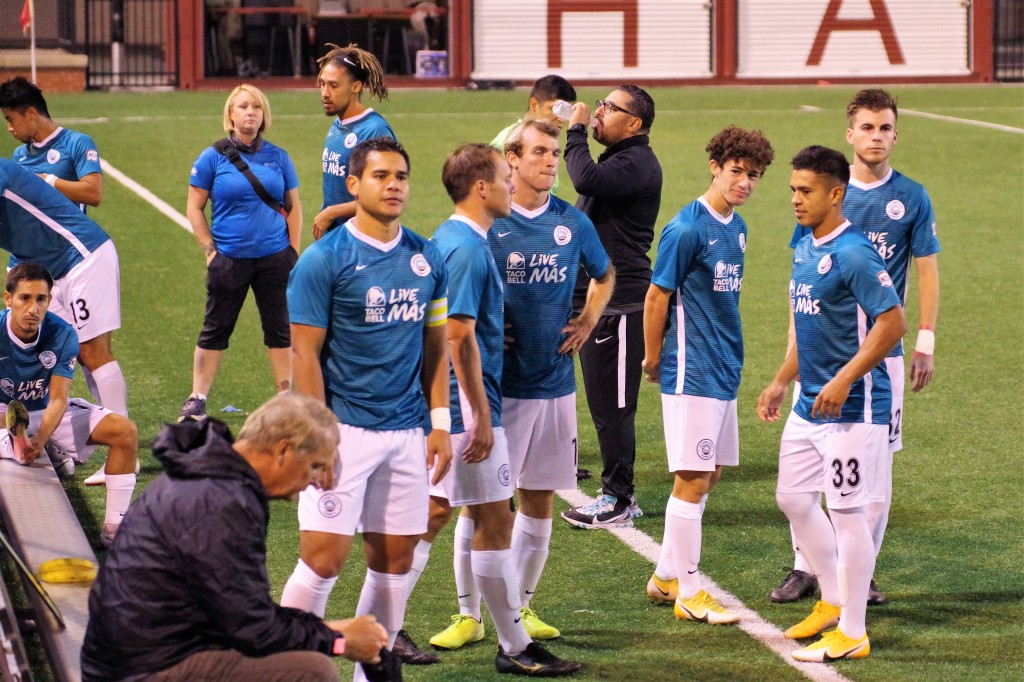 After defeating the New York Cosmos, Cal United decided to stick with the winning formula and same starting eleven.

The Force replaced two of their starting eleven from their match against Chattanooga FC.  Franky Martinez and Spencer Moeller started in place of Jonatan Valle and Abraham Torres.  Torres was serving the suspension for the red card issued against him in the Chattanooga match.

In the 37th minute, Josue Espana was taken down in the Cal United box, setting up a penalty kick which Cristian Gordillo Moreno converted, giving the Force a one-goal lead. 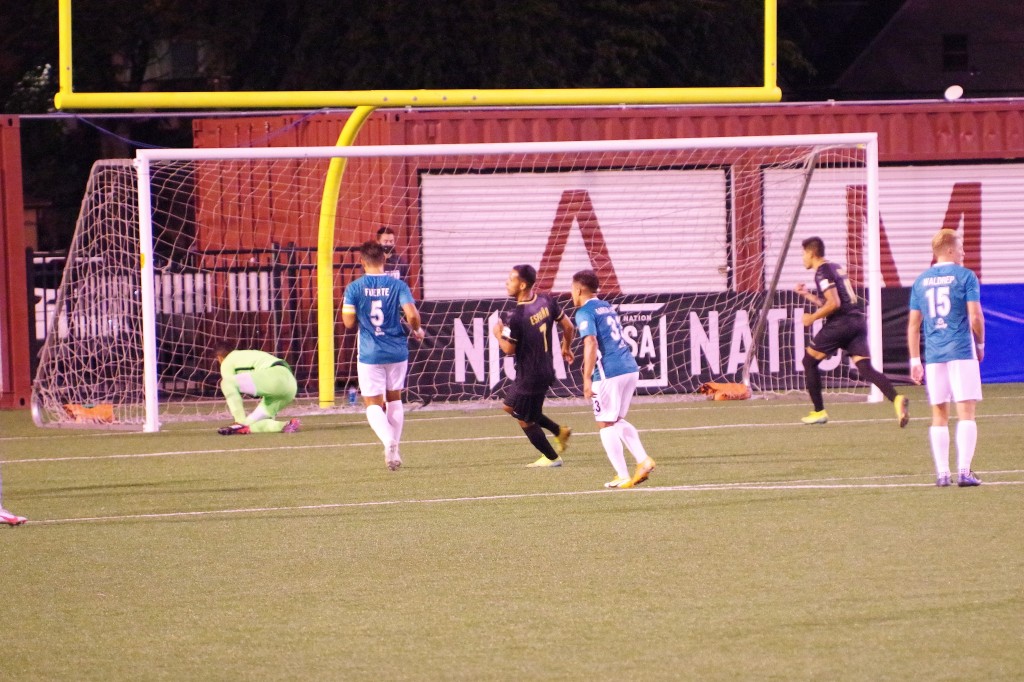 As the first half entered into added time, Paolo Cardozo sent a free kick into the box.  Cristian Gordillo Moreno flicked it with his head across the face of the goal, which bounced into the corner of the net, to double the LA Force lead going into halftime.

In the 58th minute, Cal United substitutes combined to score.  Evan Waldrep, who had subbed in for injured Duncan Capriotti in the 35th minute, ripped a shot from well outside the box, which struck the crossbar and fell into the box.  Quinton Carey guided the ball out of the box, however Omar Nuno, who replaced Shane Kaemerle at half time, muscled him off, brought the ball back in, and fired this shot into the upper corner of the net. 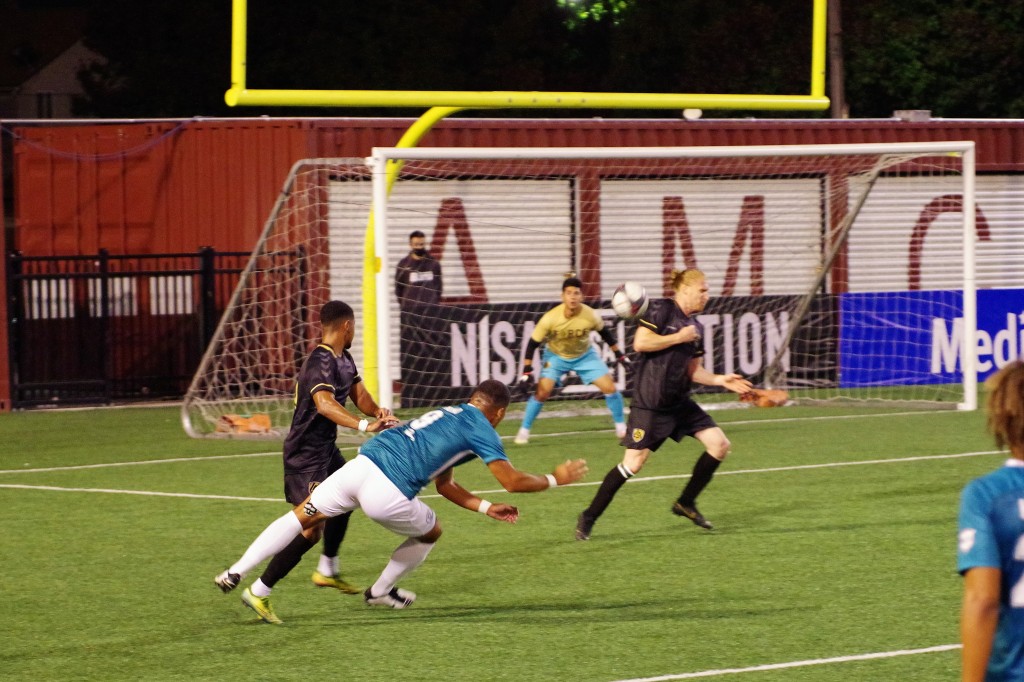 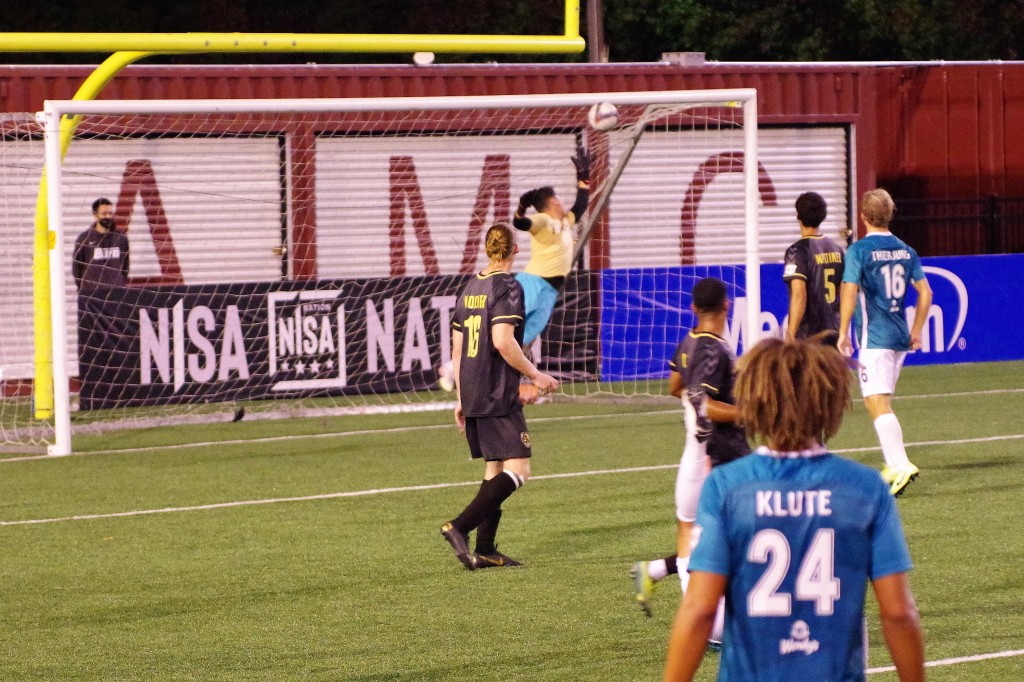 Eleven minutes later, though, Paolo Cardozo and Danny Trejo made a little give-and-go play outside the Cal United box.  Cardozo drew the Cal United defender toward him, then fed the ball to a wide open Cristian Gordillo Moreno to slot home his hat trick goal, giving the Force a 3-1 lead.

At halftime, Cal United had substituted Kevin Jeon for Kevin Garcia-Lopez, then brought in Andy Contreras in for Abraham Villon in the 73rd minute and Juan Pablo Ocegueda for the injured Ikaika Fuerte in the 74th. 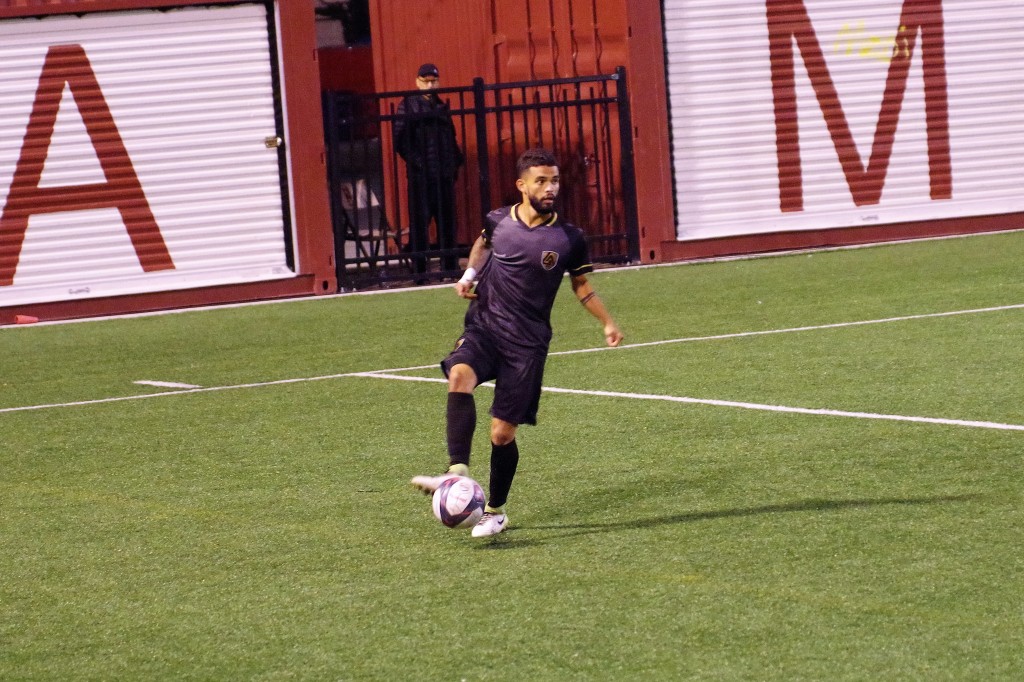 In the 74th minute, Cal United had a throw-in on the sideline near the Los Angeles box.  It was launched and fell onto the rising heads of an LA and Cal player, popping the ball up and further into the box where Omar Nuno attempted a bicycle kick.  The shot went errant but toward the goal where Christian Theirjung was open to fire it home, cutting the Los Angeles lead.

Cristian Gordillo Moreno took his three goals and a seat at the 73rd minute, replaced by Jesus Gonzalez for Los Angeles.  Gordillo was a former Cal United player, so this will likely add fuel for the rivalry between these two teams.  Then the Force brought in four sets of fresh legs in the 82nd minute.  Erick Villatoro, Moja Hale, Jonathan Partida, and Christopher Ribet  came in for Danny Trejo, Paolo Cardozo, Josue Espana, and Cyro Reis de Oliveria, to defend the lead.  Cal United could not get the equalizer, and this exciting and entertaining match ended with Los Angeles’ first victory against Cal United.

Tonight’s match results kept all four teams in Group B alive going into the final day of the group stage.

The entire tournament can be found HERE.