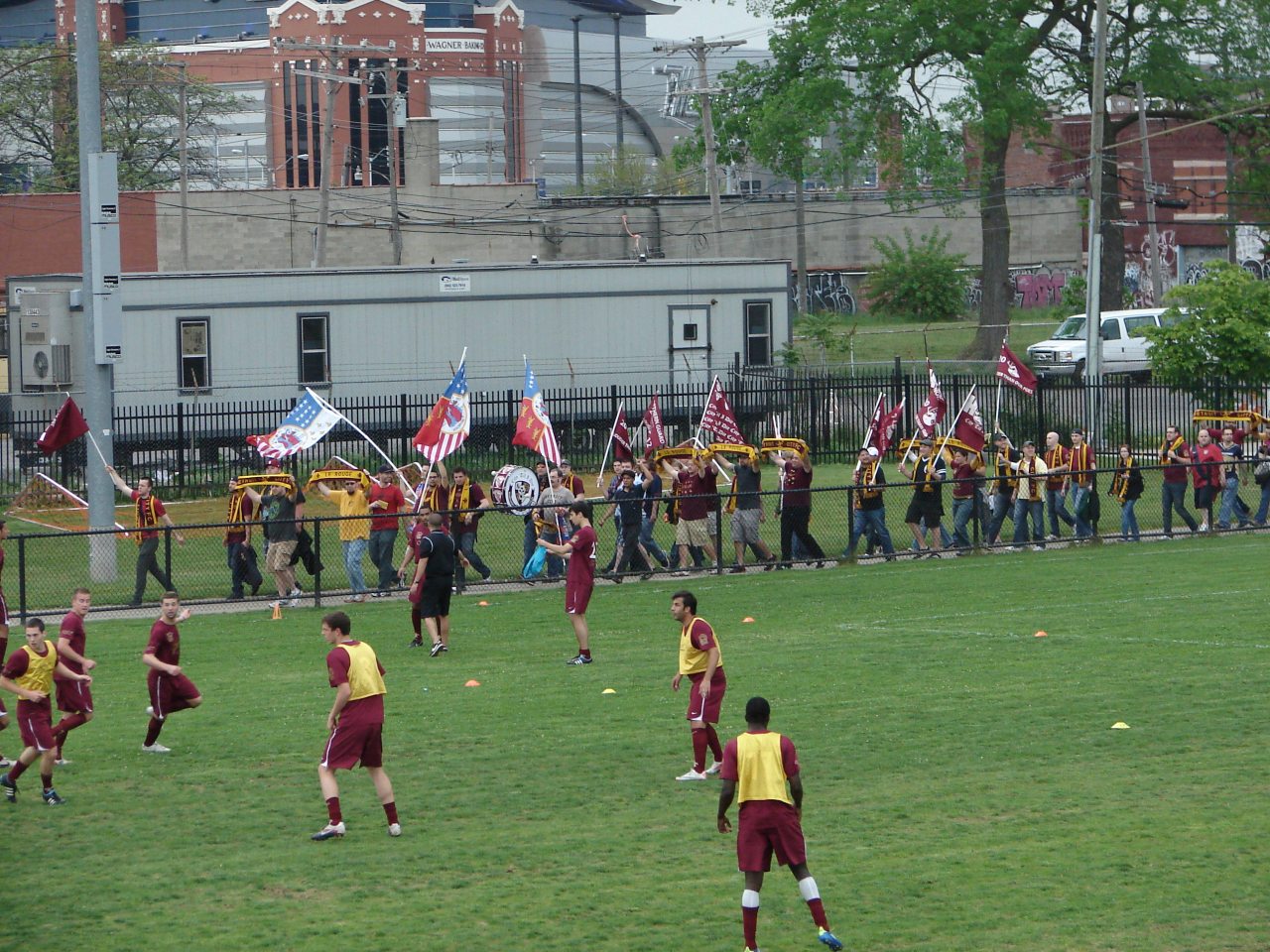 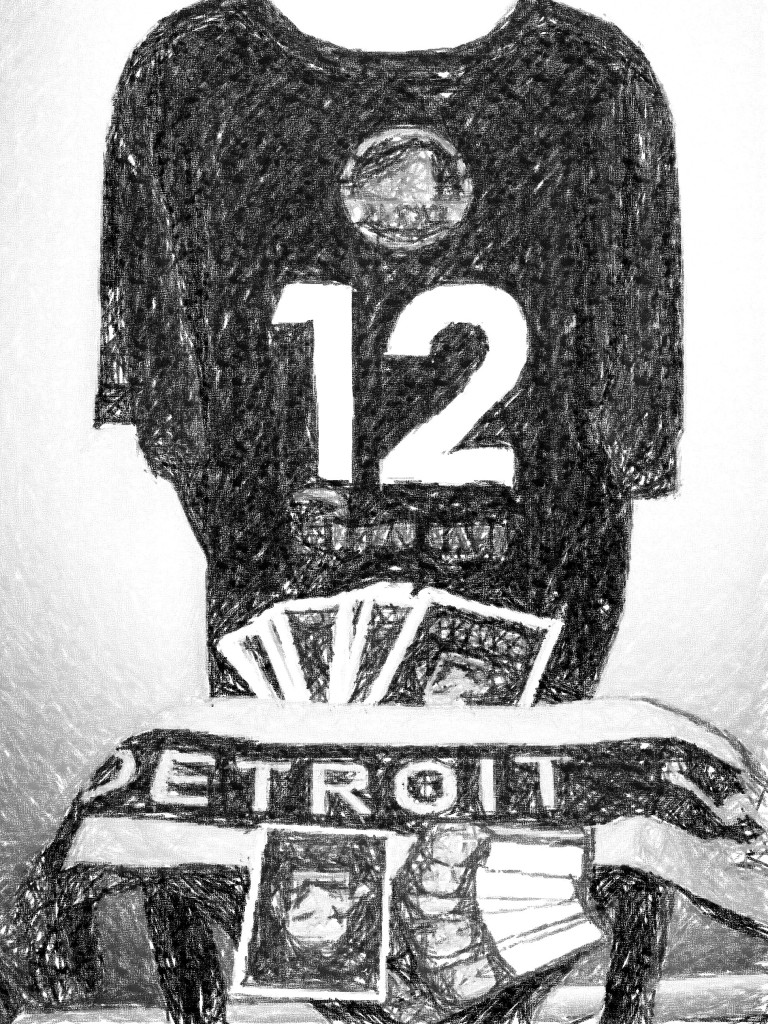 I don’t recall how I heard about Detroit City FC, most likely through Facebook.  My initial thought was “a soccer team in Detroit?  Sounds like fun.”  And so, Denise and I went.

My first impression was about the professionalism of the atmosphere.  The merchandise was not cheaply done, and the team colors – rouge and gold – was a good mix for the urban Detroit landscape.  I had not heard of the National Premier Soccer League, but the general feeling after my first game was one of an organization that was both serious and fun.  I went in wearing a Columbus Crew jersey, and came home with a “Le Rouge” t-shirt and scarf. 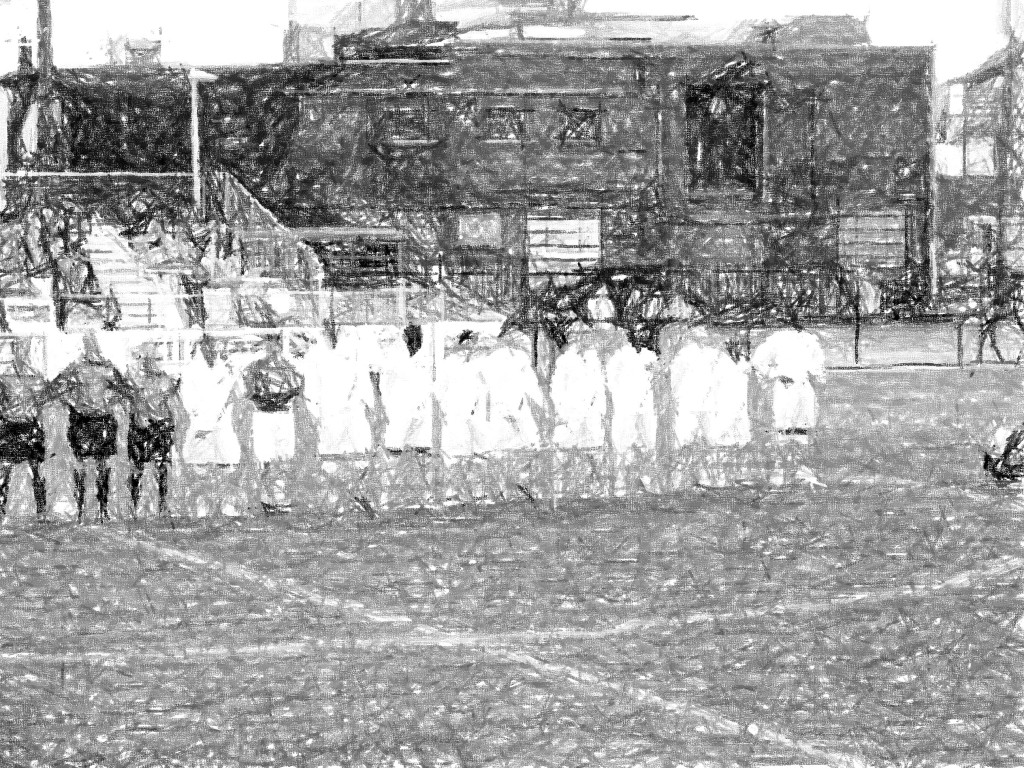 The program listed the rosters, and the names on both teams were all unknown to me.  But as the season progressed, the regulars became familiar (Adam Bedell, Keith Lough, Stefan St. Louis, Spencer Thompson, Josh Rogers, Nick Lewin, Cyrus Saydee, Jeremy Clark, Kyle Bethel, Zach Schewee, David Dwaihy, Zeke Harris, and Latif Alashe, to name a few), and a familiar name joined the team.  Having followed the Columbus Crew for a number of years, I was surprised to see Knox Cameron on the pitch in a Le Rouge kit.  The game had a good pace to it, and Cass Tech Stadium provided a cozy atmosphere near the skyline of Downtown Detroit. 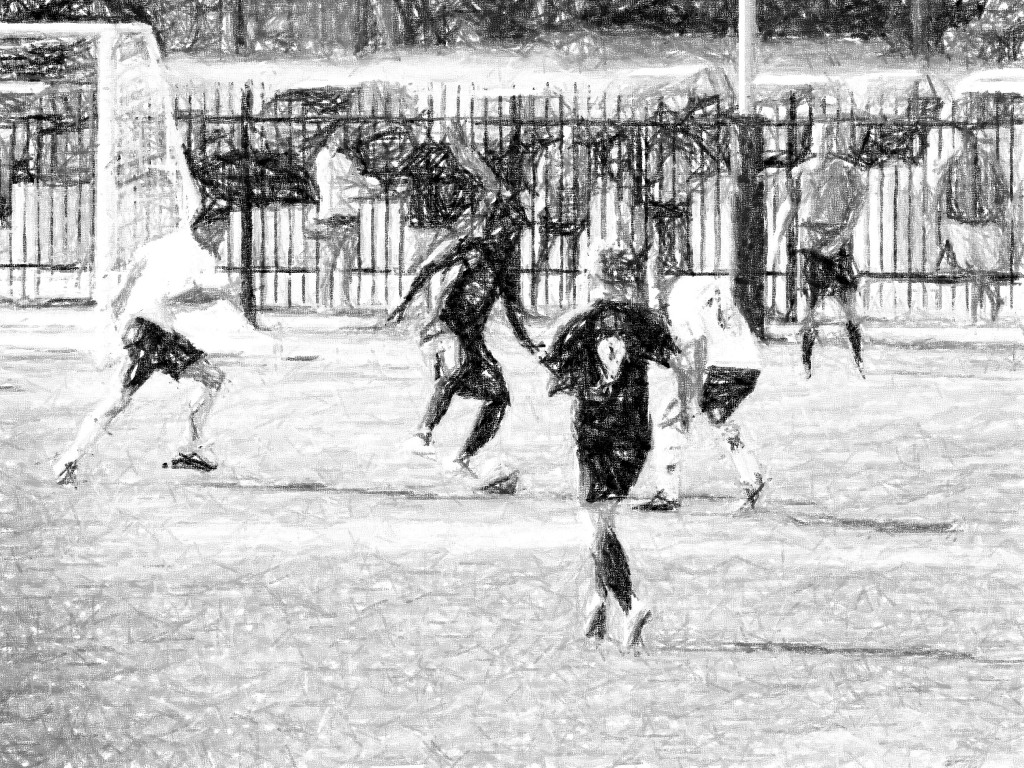 Most memorable, though, were the fans.  Not fans…Supporters.  The Northern Guard Supporters.  For this first season, we stayed on the “family friendly” side.  I had not heard of the Northern Guard Supporters.  The first match when they appeared in the visiting team bleachers, chanting, singing, and taunting Le Rouge opponents with some salty language, I found them be as entertaining as the team.  A bit edgy, perhaps.  That is, until the last match of the season – a friendly against the Windsor Stars – where I ventured into the full supporter experience for the first time. 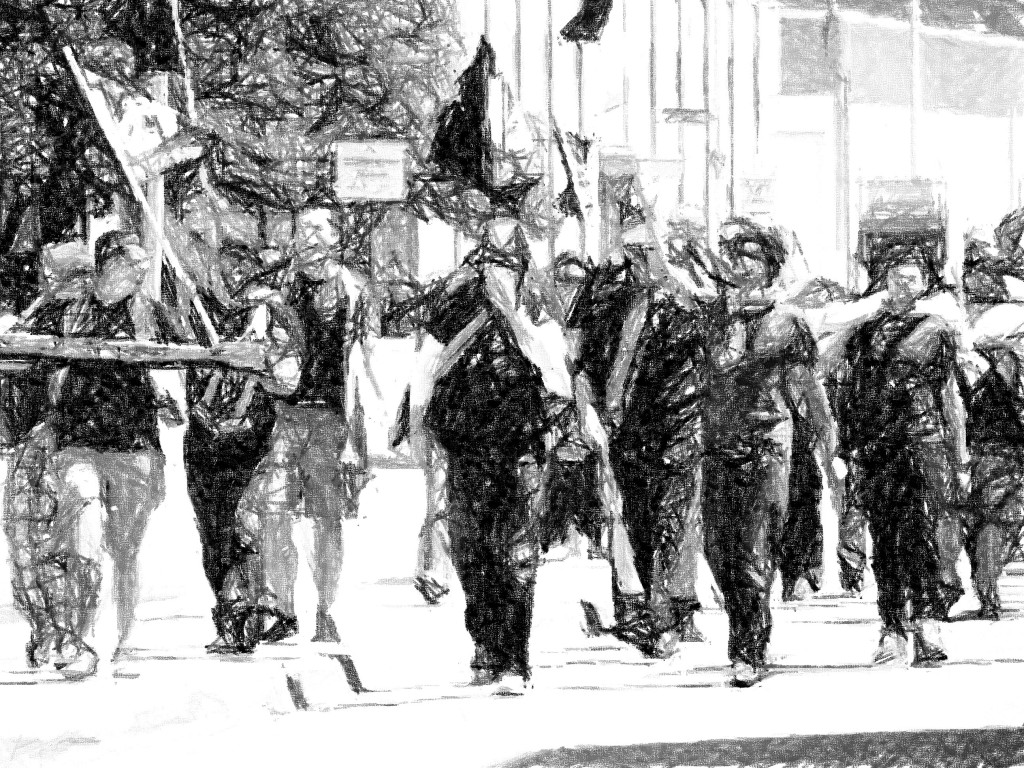 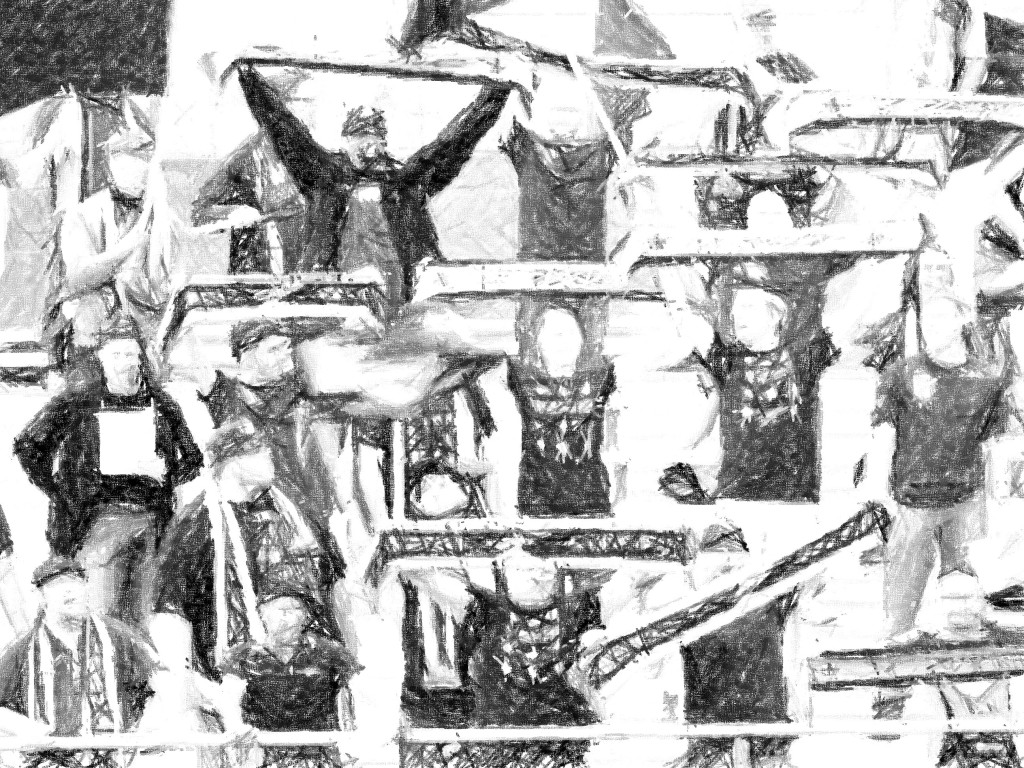 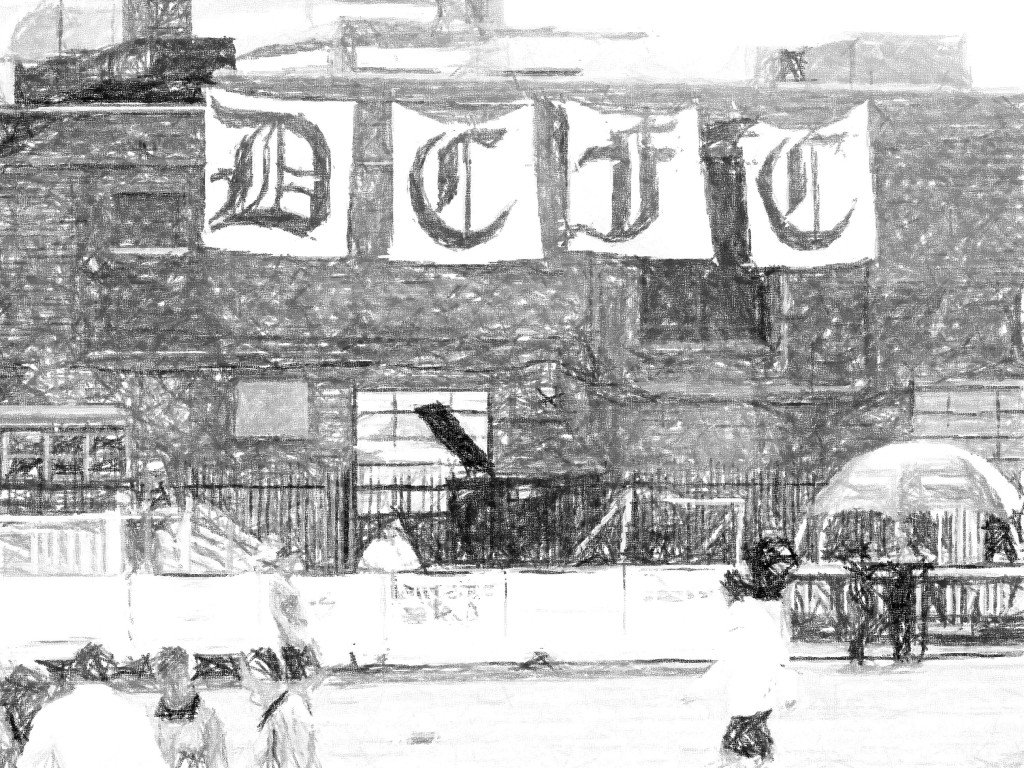 Detroit City FC hooked me.  The Northern Guard Supporters reeled me in.

Since that first game, I have had the luck and blessing to have attended every home match to date (this with two more regular season matches to play in 2015).  I’ve posted albums on my Facebook page for each game, and I’ve decided to bring the party here with some added photos and video that may not be on Facebook. This isn’t meant as a serious historical perspective of the team that we all know and love.  The statistics I’ve culled are from the notes on my game programs with some assistance of the very informative blog about the team – Boys in Rouge.  If I have something wrong, please correct me.  My commentary will be brief in most cases.  This is about what I’ve seen and experienced and wish to provide the story of the game through photos and video, sharing my fun with my fellow Northern Guard Supporters and the players, coaches, fans, family members, and all others involved with, curious about, or in love with this Detroit soccer team.  It has been fun looking back through these, seeing many Northern Guard Supporters that I did not know at the time.  Please feel free to add your memories about these matches in the comments.

To sing my favorite chant to date: 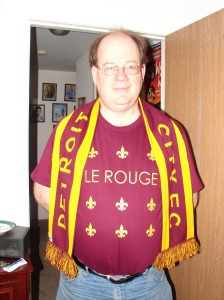 Home from my first DCFC match.