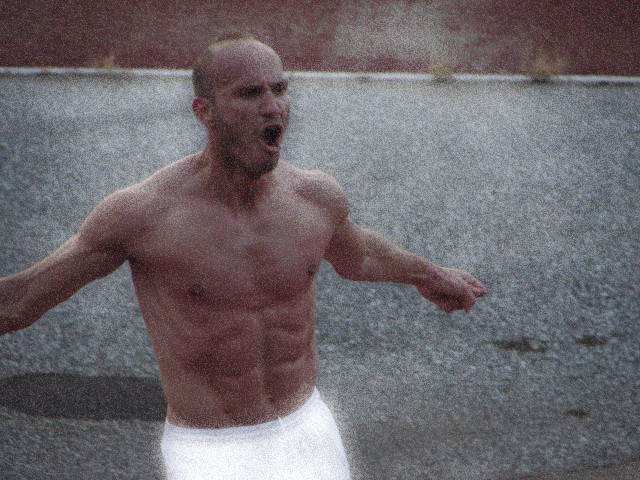 There are games in a team’s history fans will never forget.  For the fifty or so of us who made the trip to Cincinnati, this match will go down in Detroit City FC lore.

Yes, it was special on a personal level in that I had family in the crowd.  However, they were Cincinnatians, and did not get to experience the euphoria.  This was the last match in the Kitchen/DCFC vs Bruce/Saints rivalry (the Saints moving north to Dayton for the 2016 season), which DCFC swept with four wins in four games.  The way this one played out, though…

We (Northern Guard Supporters) met at O’Bryon’s Irish Pub less than a mile away from the high school stadium.  The street lined with cars bearing Michigan license plates, the building was packed with the Northern Guard. 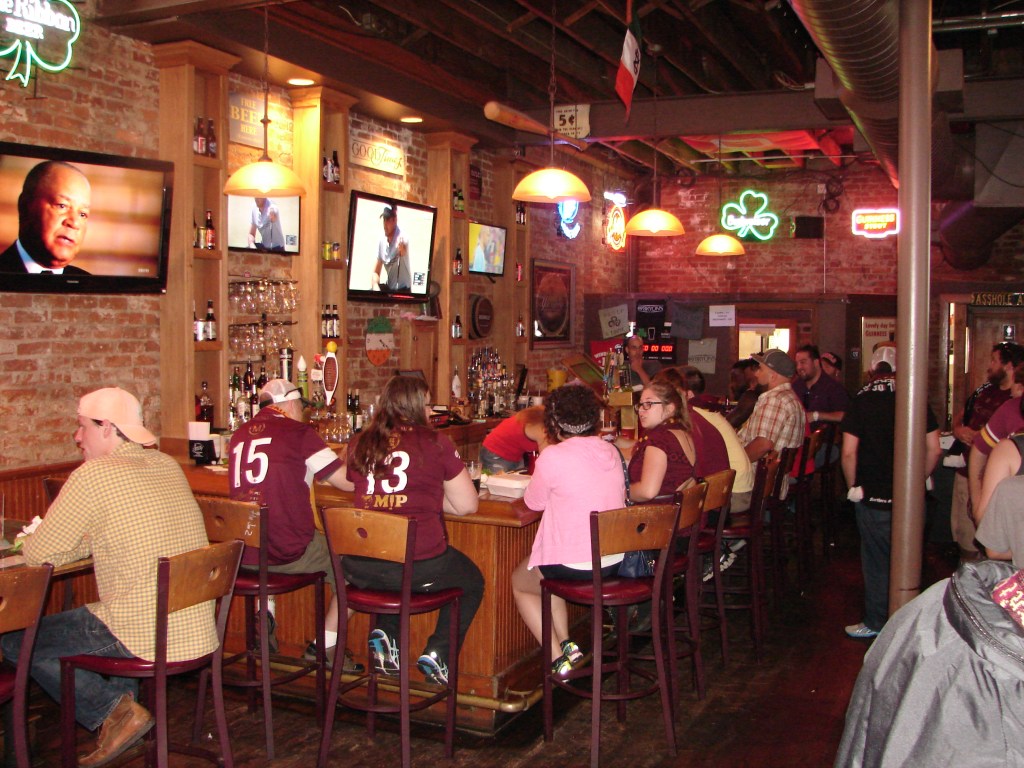 We gathered in the high school parking lot, signed the Rouge Rover flag, then made our presence known, marching to the far corner of the stands. 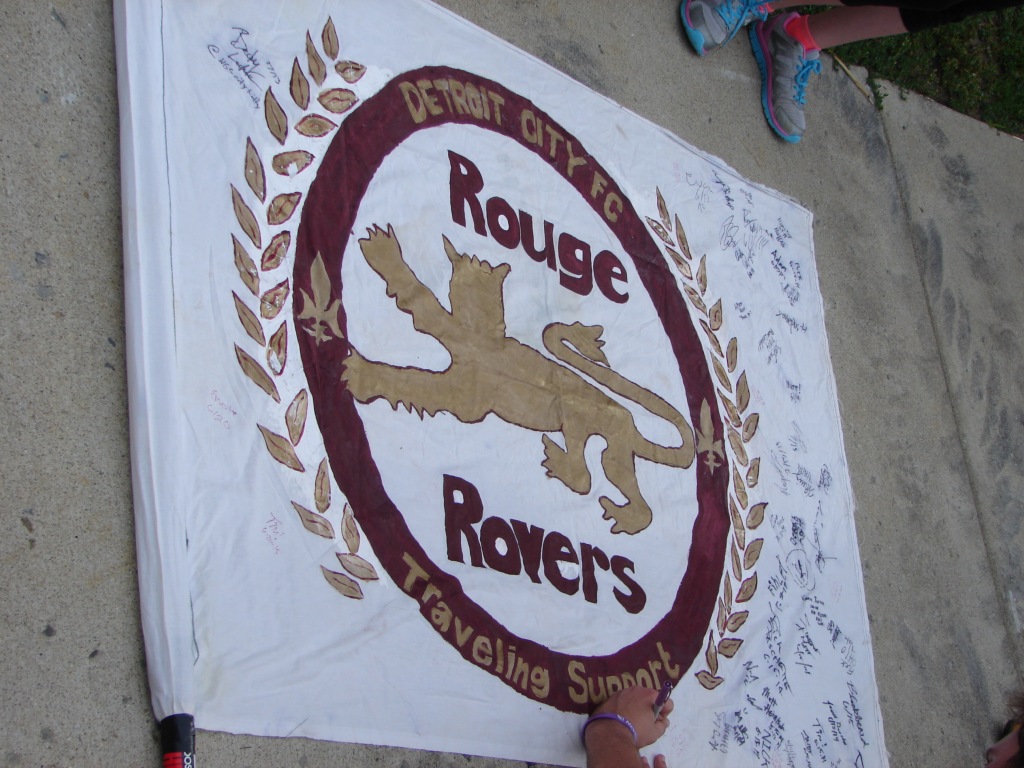 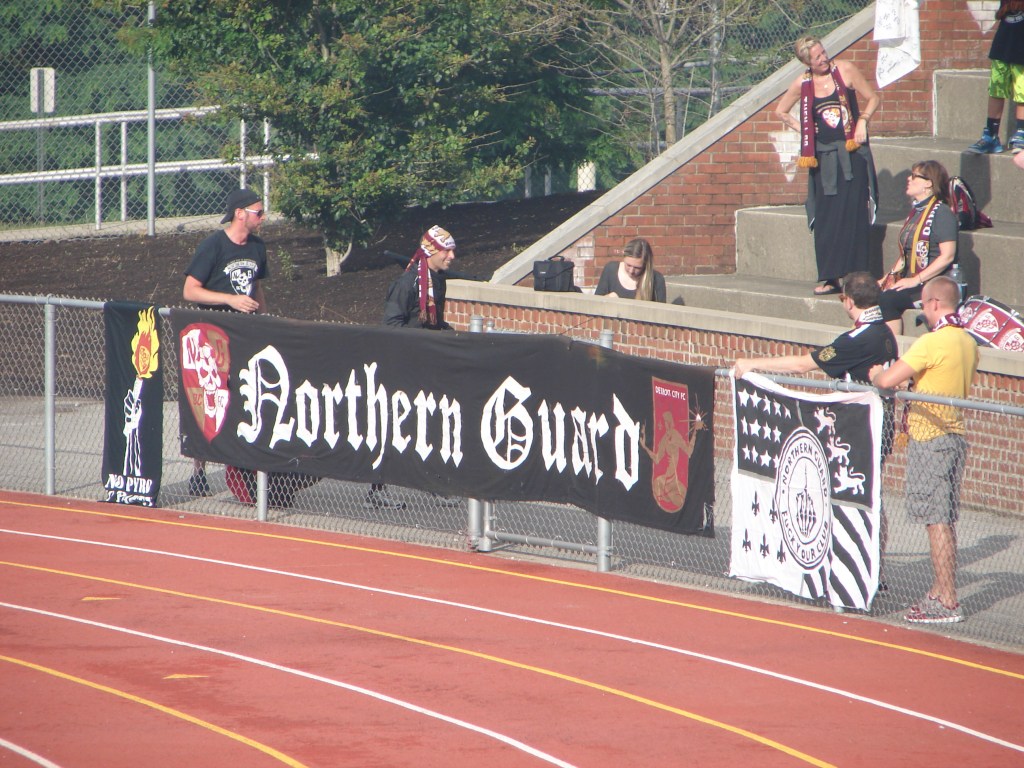 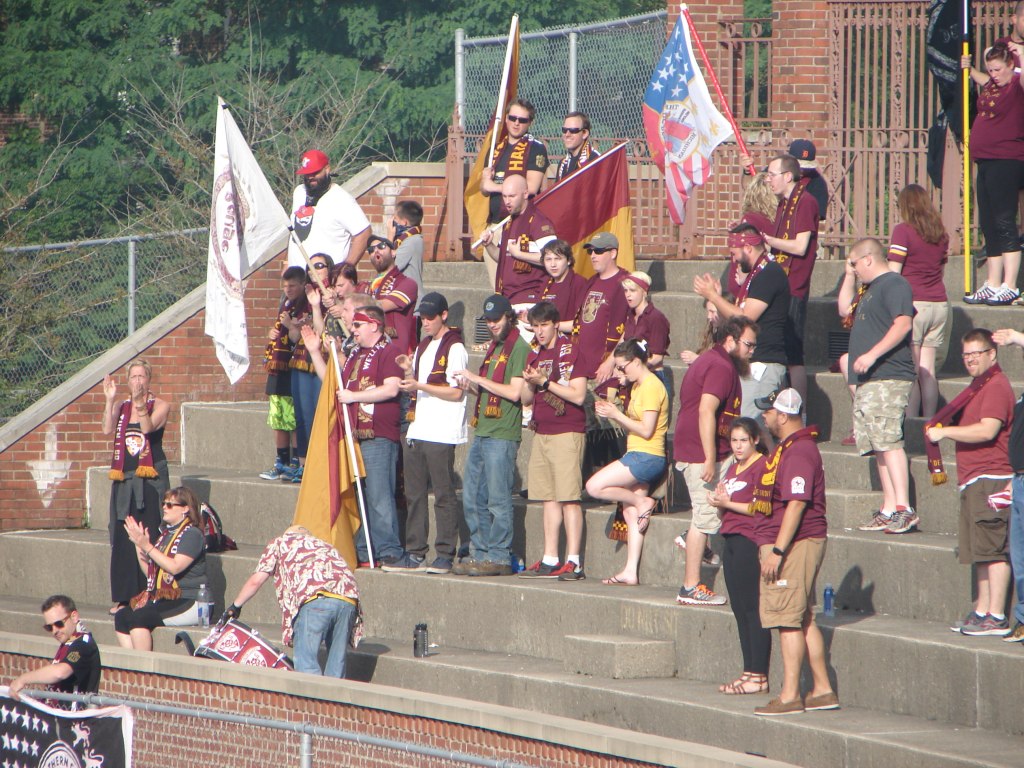 In the first half, I positioned myself between the two benches, for Le Rouge was attacking opposite the NGS end.  This put me directly in front of my family.

Which also made me a target for their camera.

The Saints took an early lead on a goal by Scott Shough, and nursed it to the half time whistle. 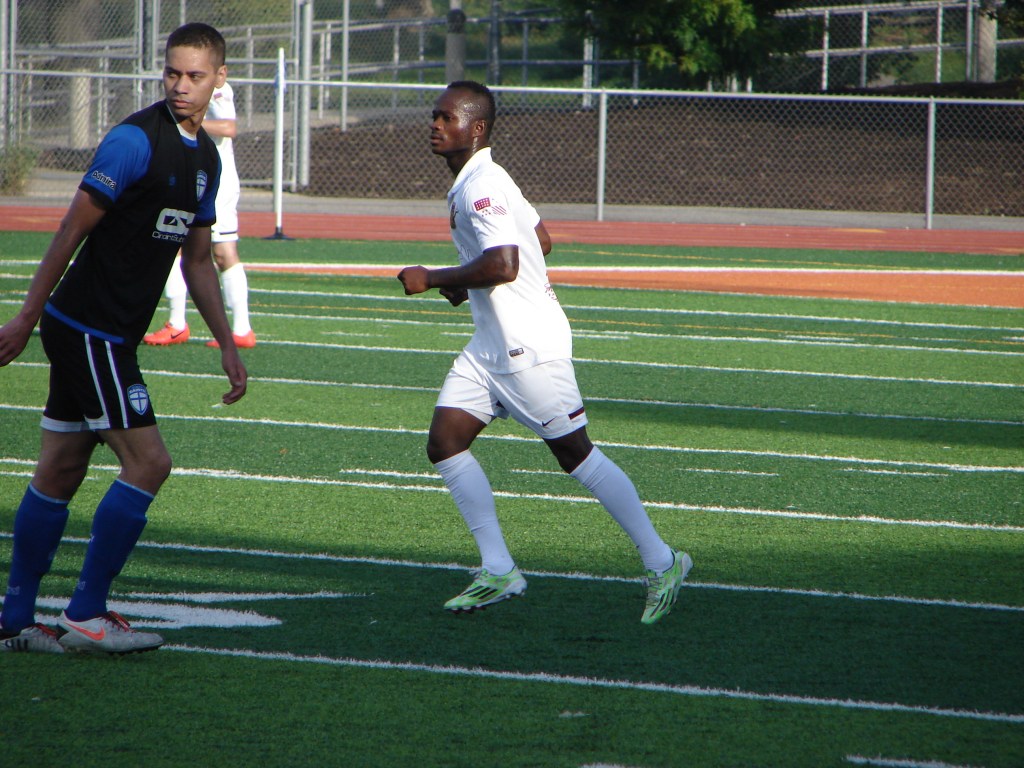 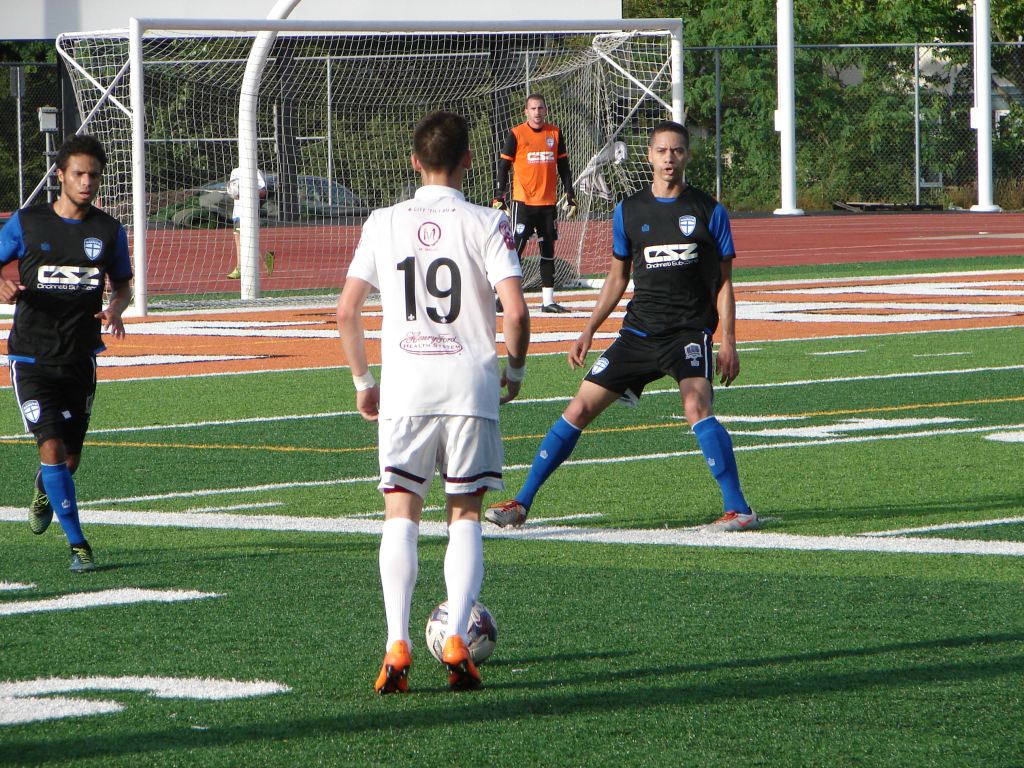 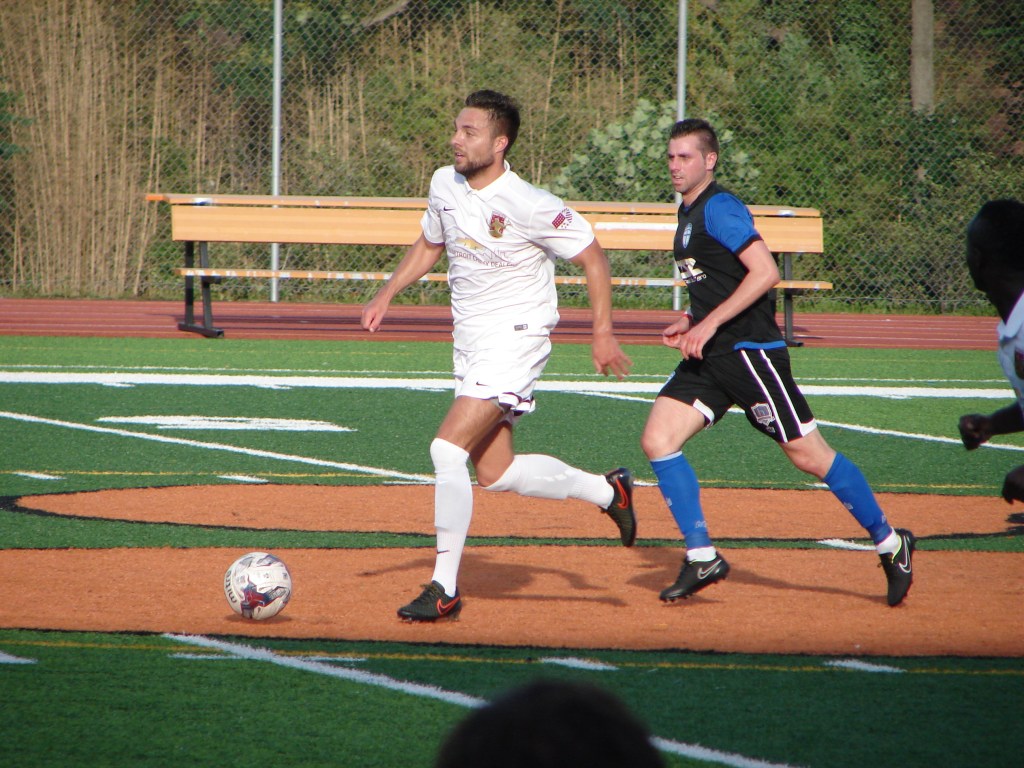 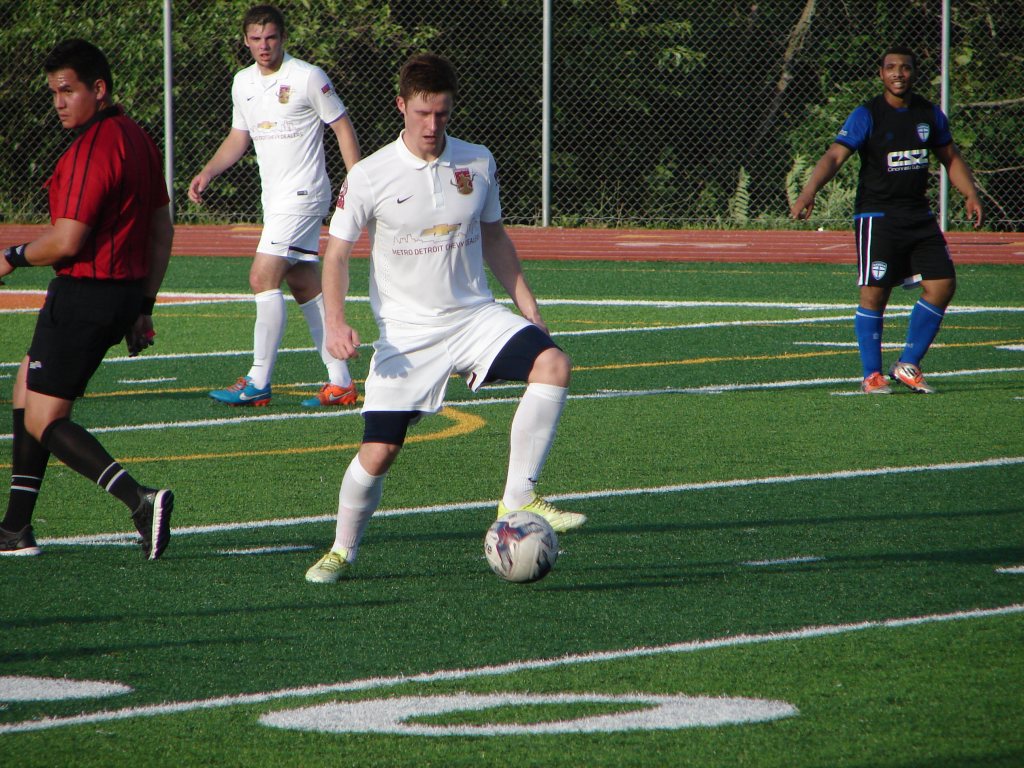 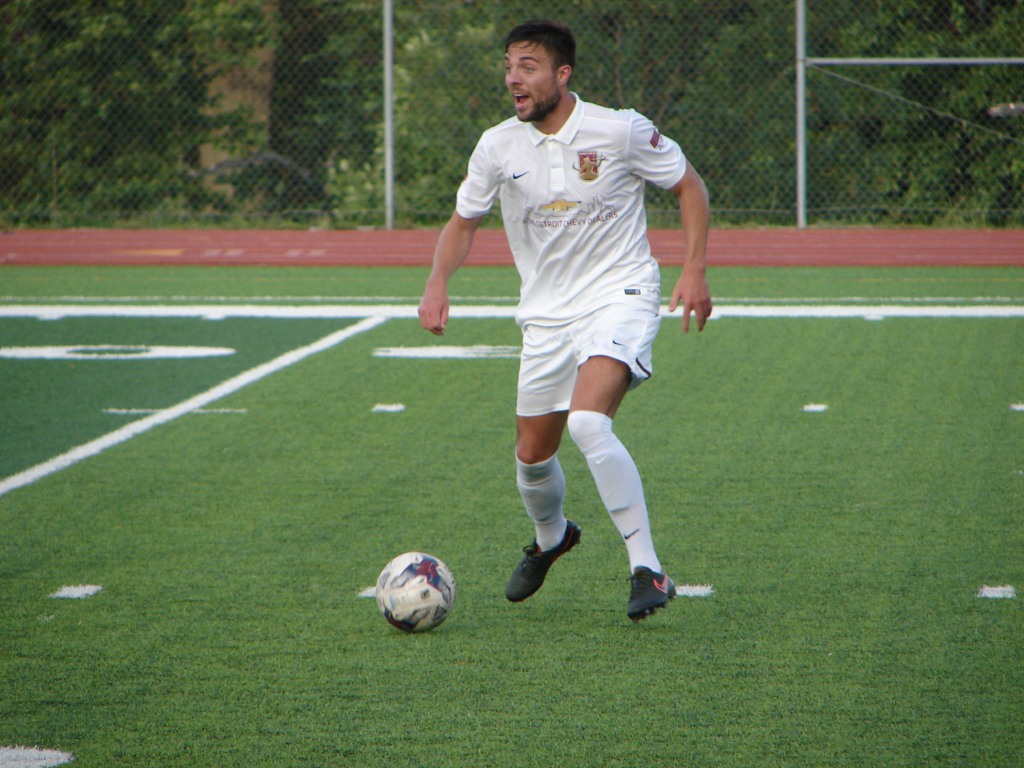 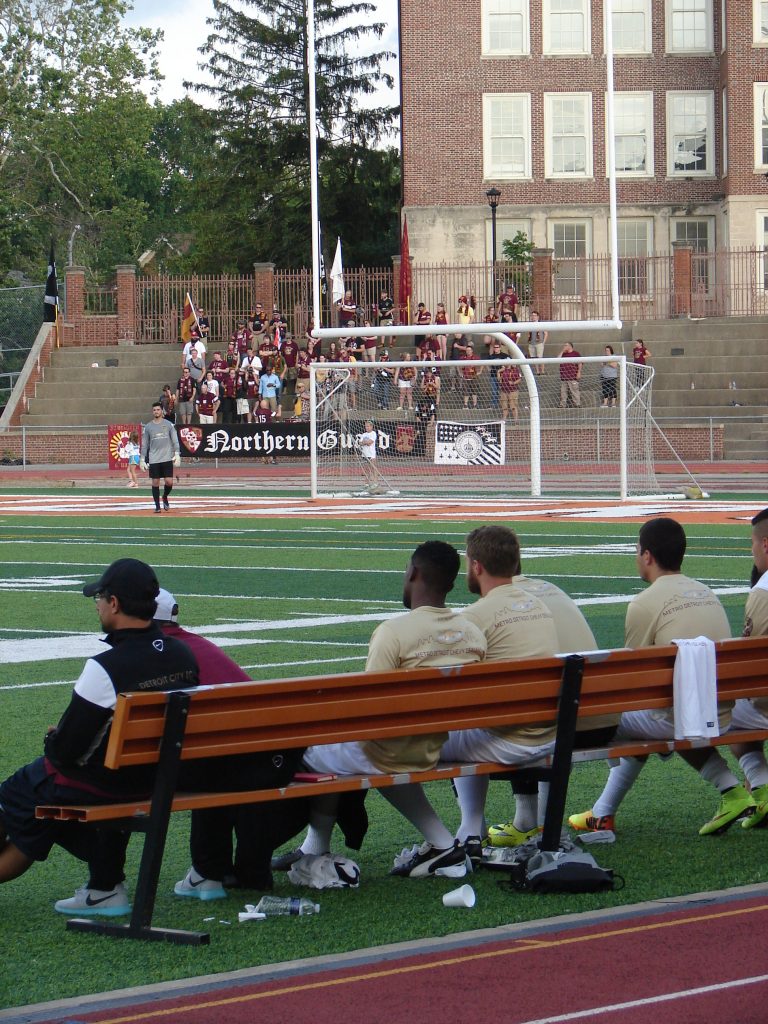 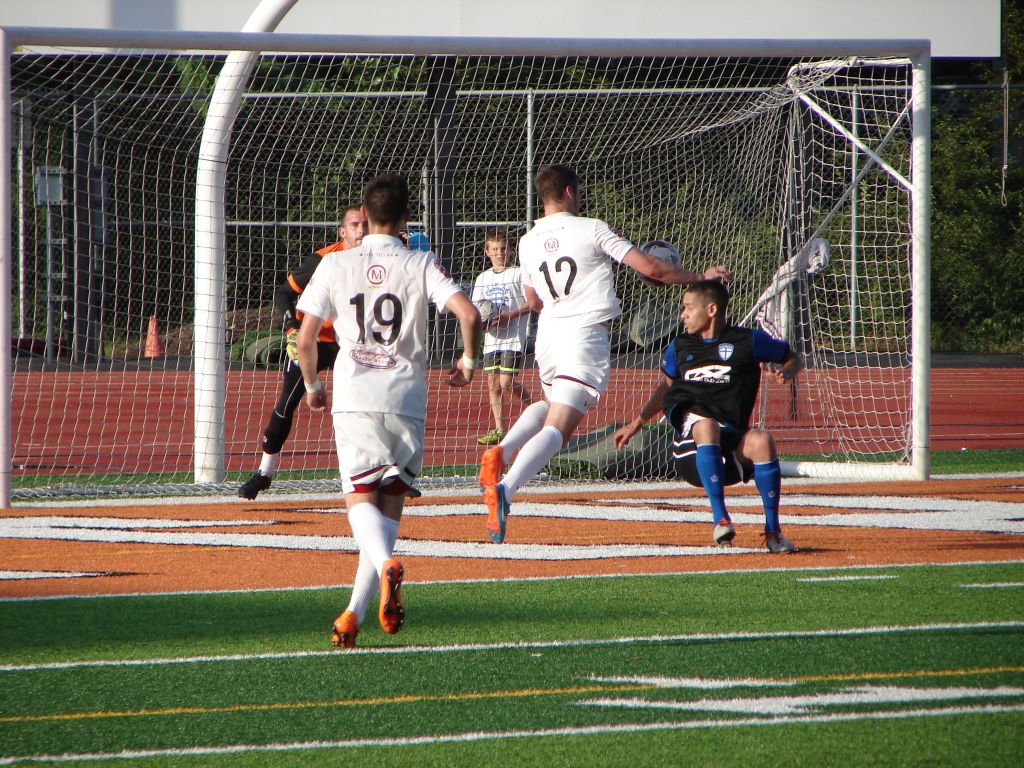 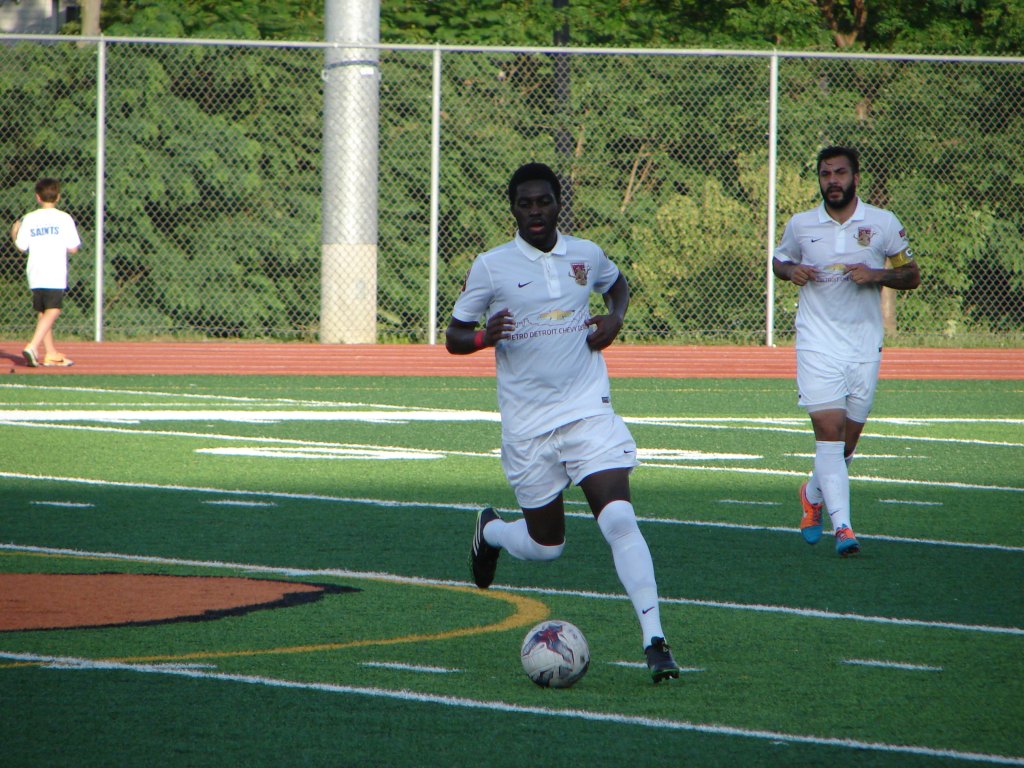 There was happiness among the Bruce family with the halftime score.  I tried to talk my nephew Alex into joining me on the Northern Guard side of the field for the second half, but he declined.

In the second half, things would get worse for Le Rouge.  Cyrus Saydee was shown a red card (which, if you know Cyrus and his sleight build, it must have been a hell of an embellishment by a Saints player), putting us down to ten men.

Still, Le Rouge would not be denied.  Especially when the fans who made the five-hour trip were louder than the smattering of locals.

and in the end, they put not one,

but three goals into the Saints net. 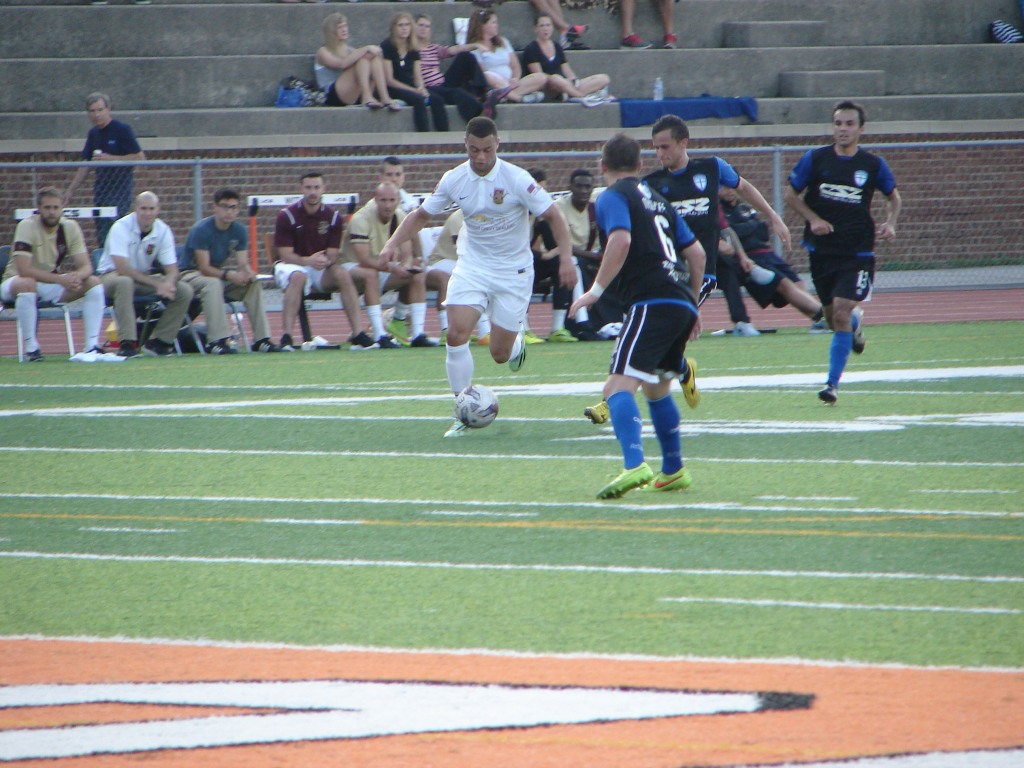 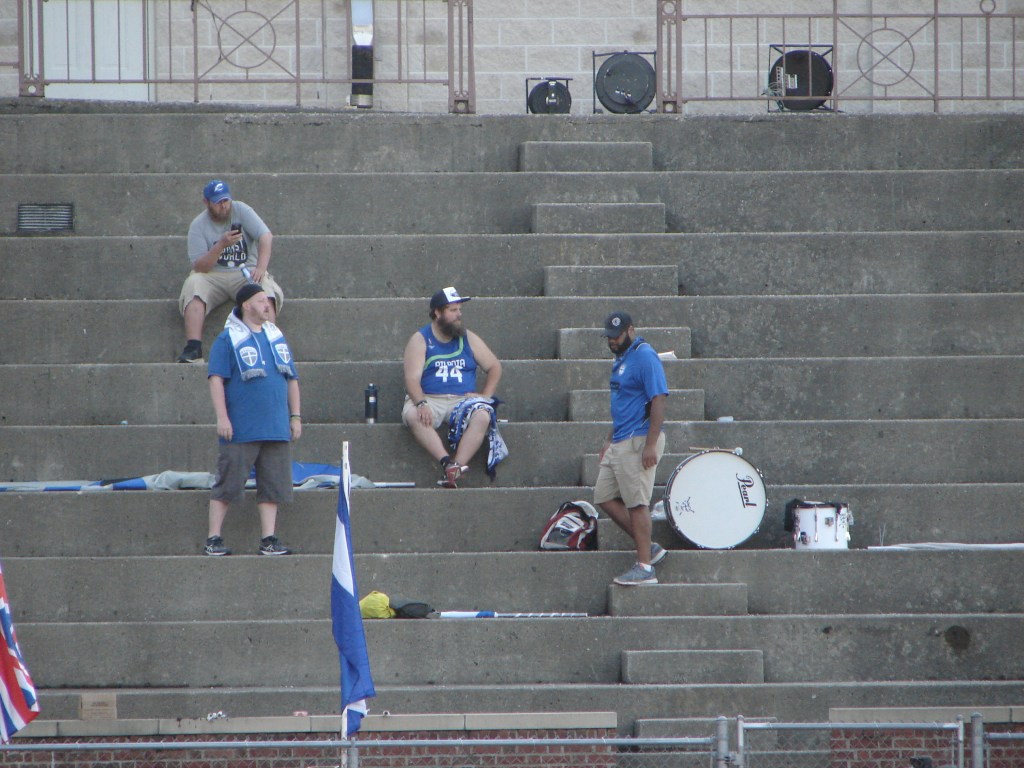 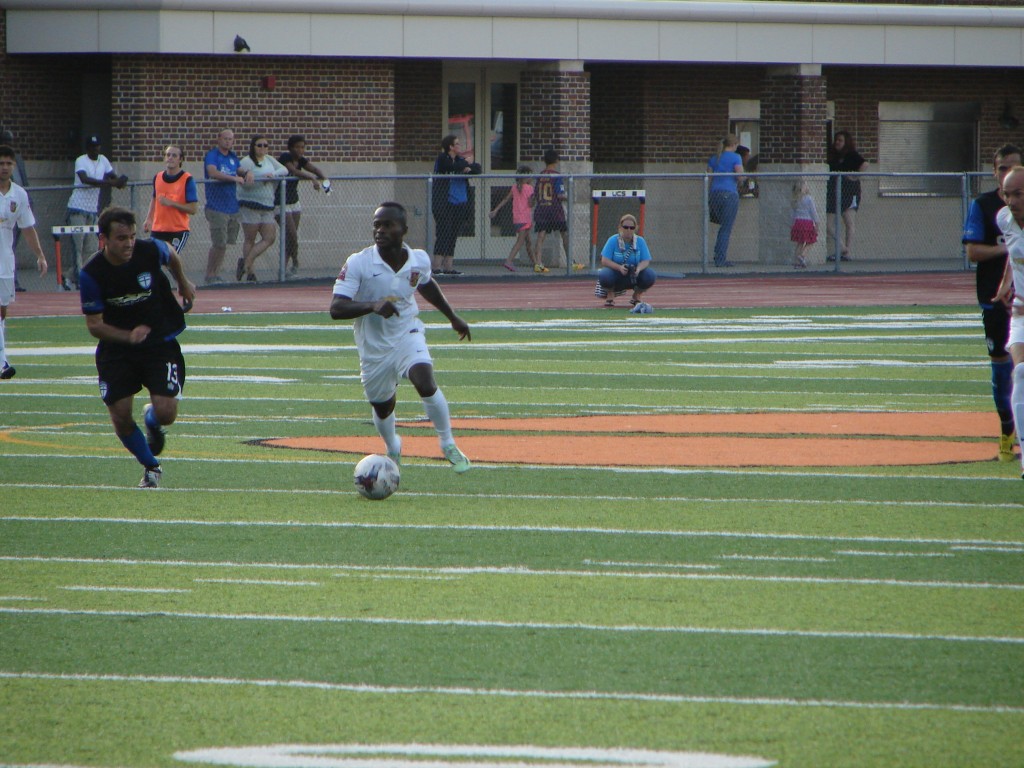 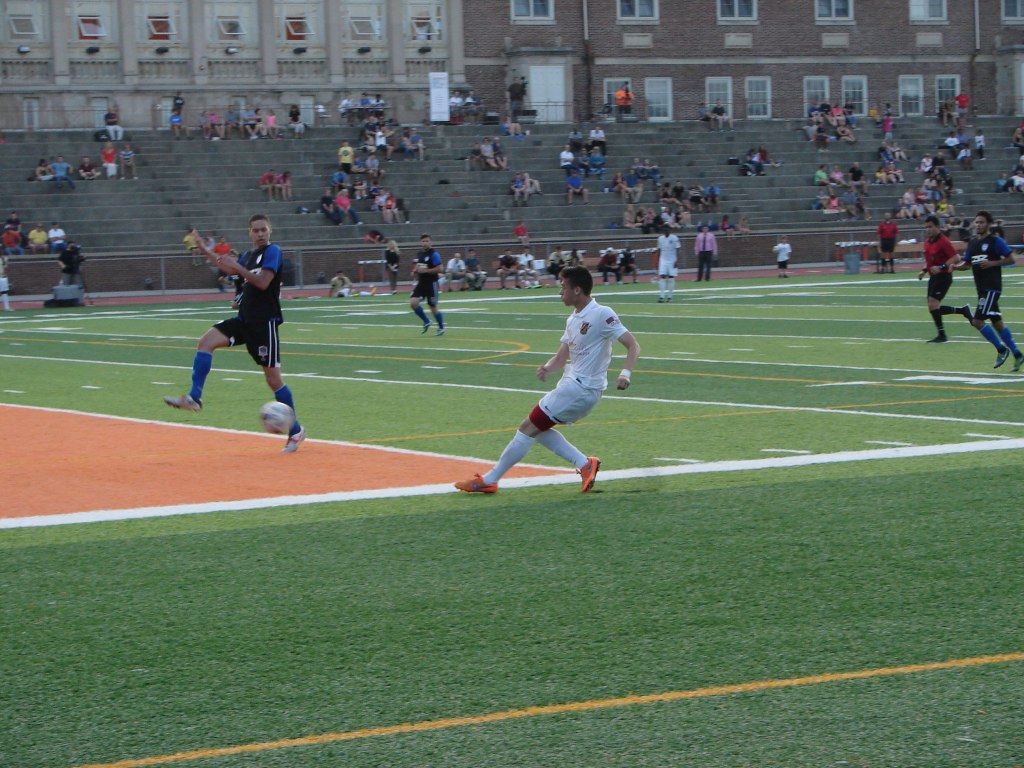 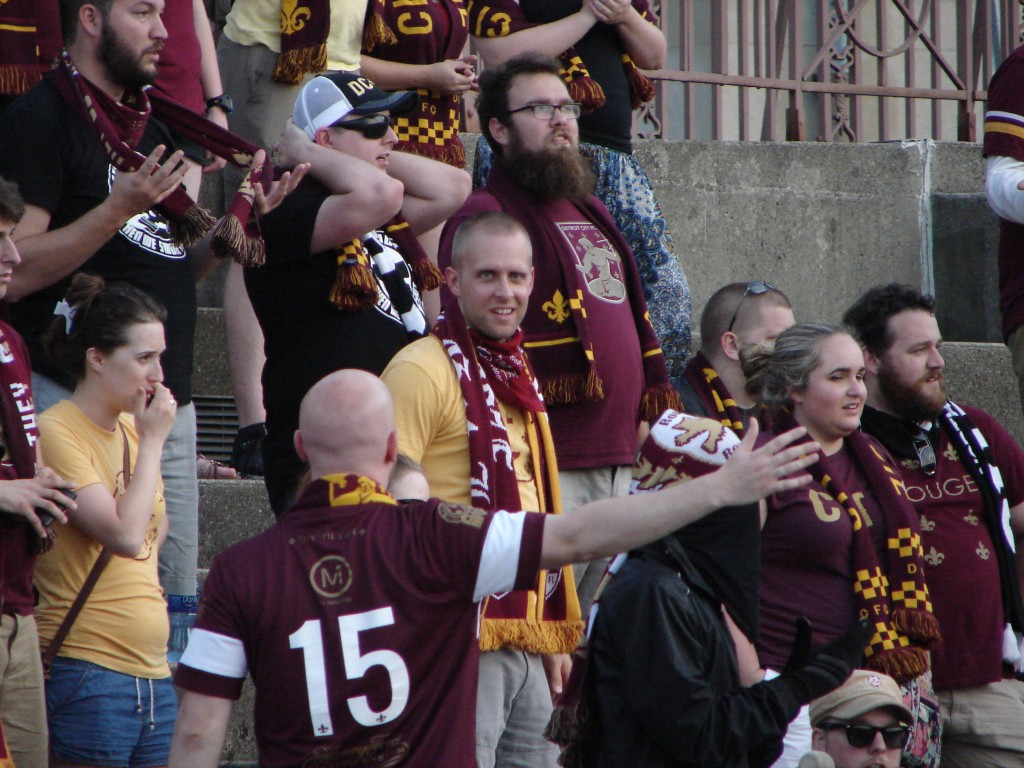 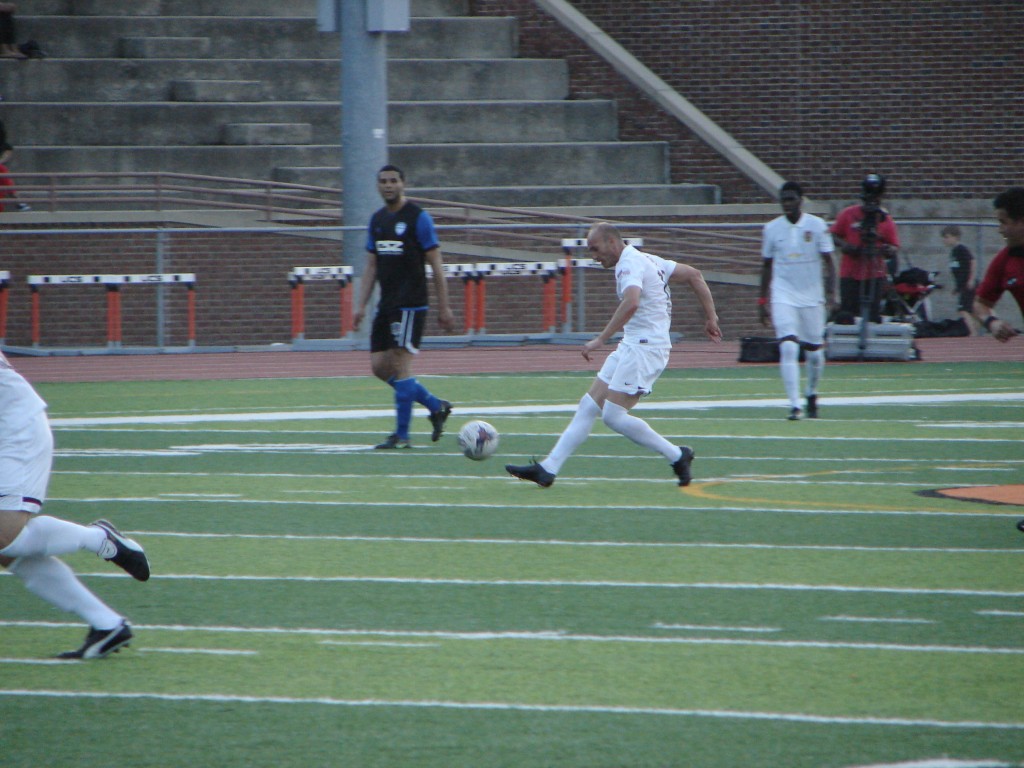 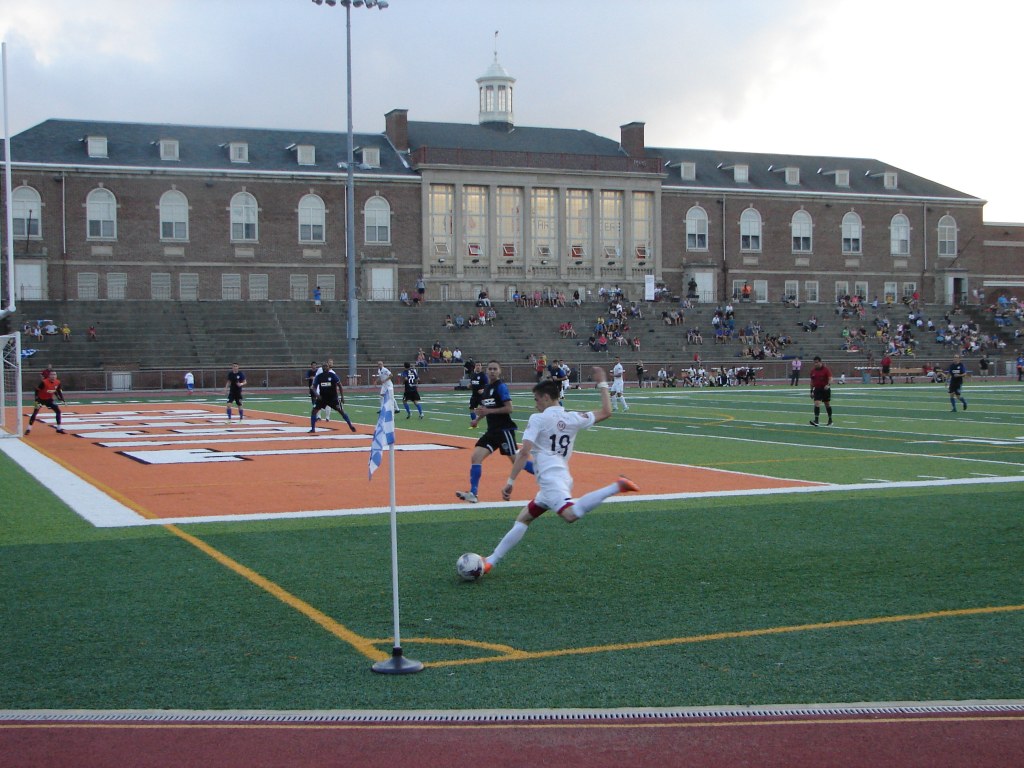 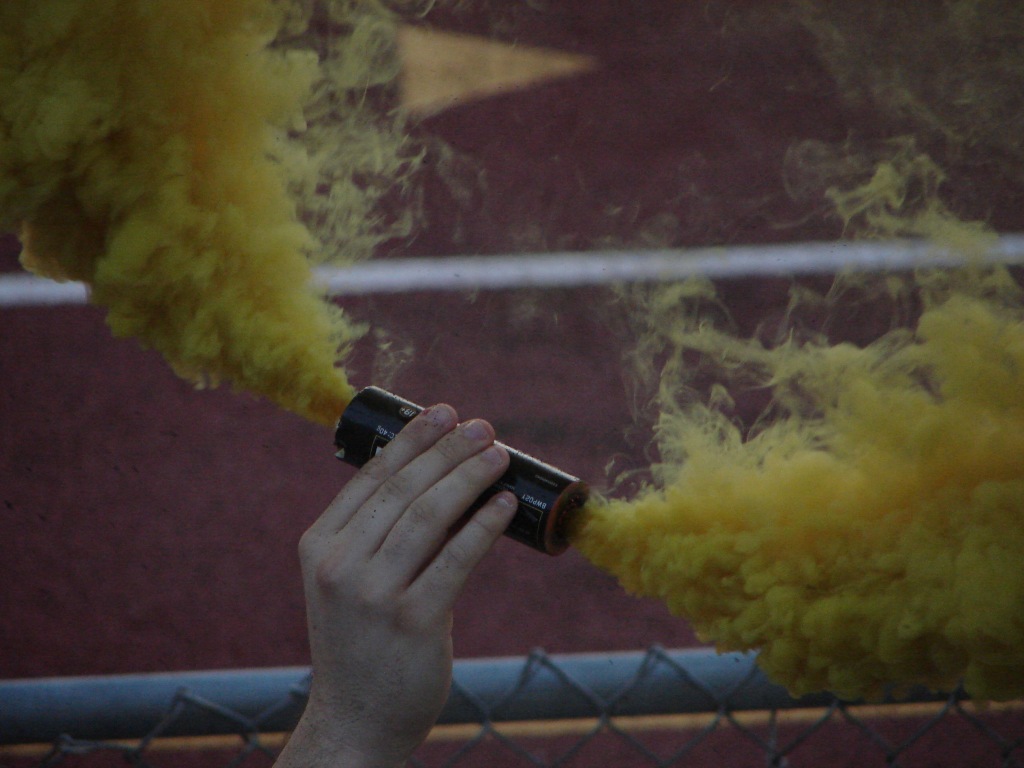 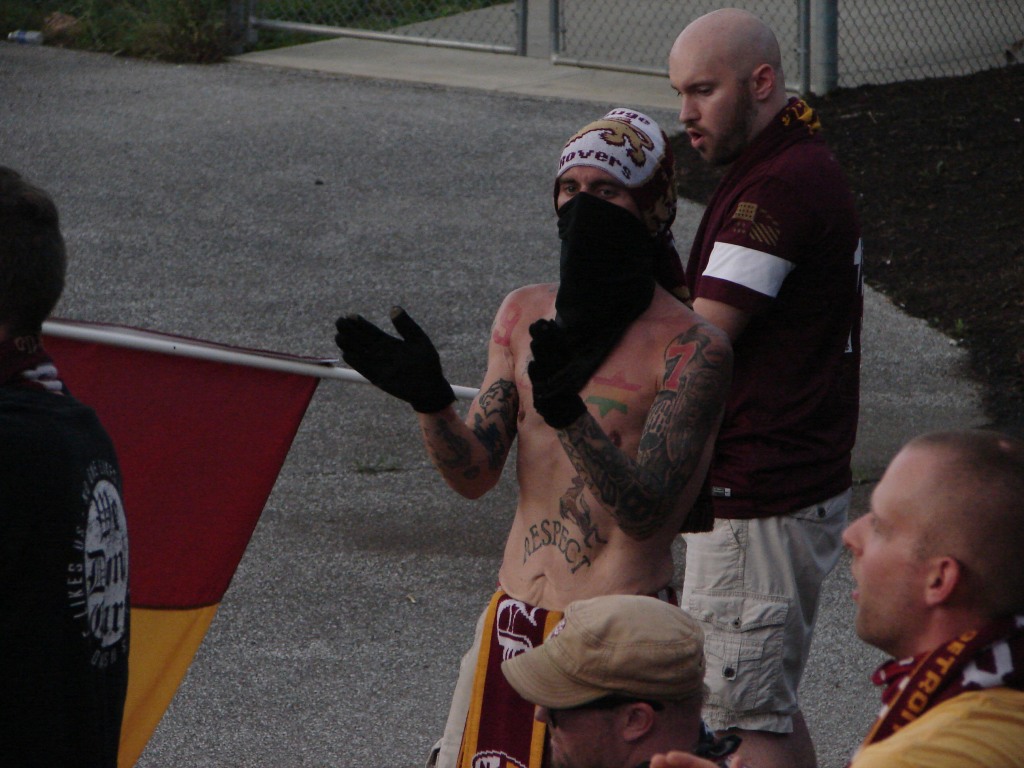 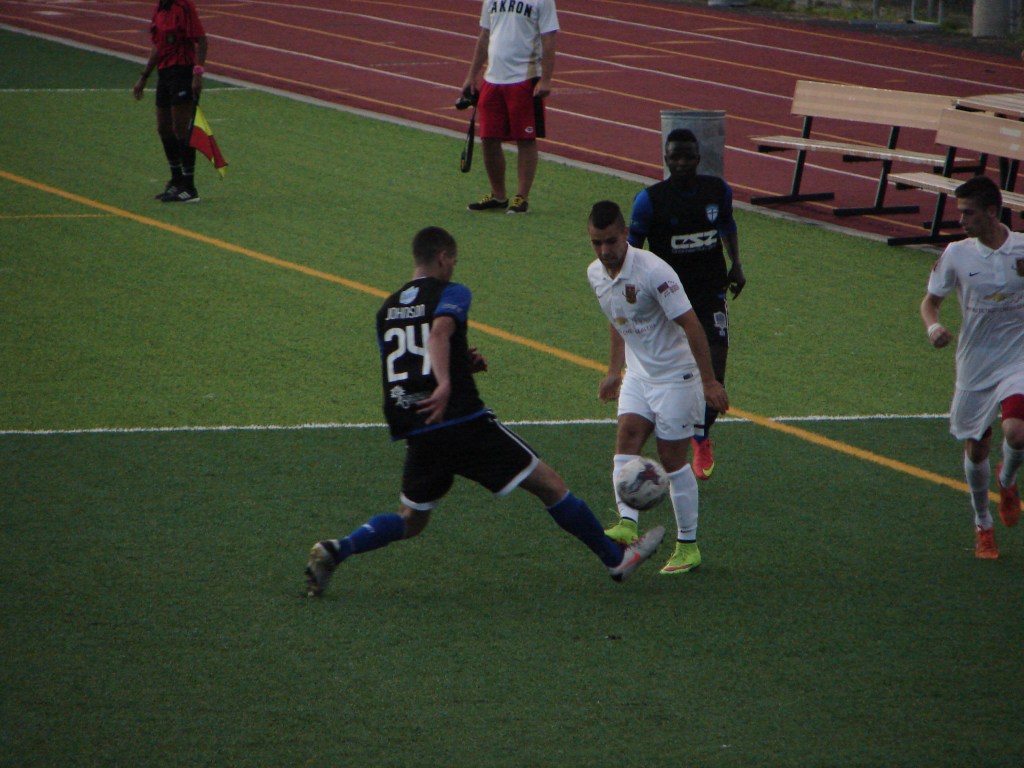 Yes, there was much rejoicing, and much smoke…

which prompted some neighbors to call the fire department! 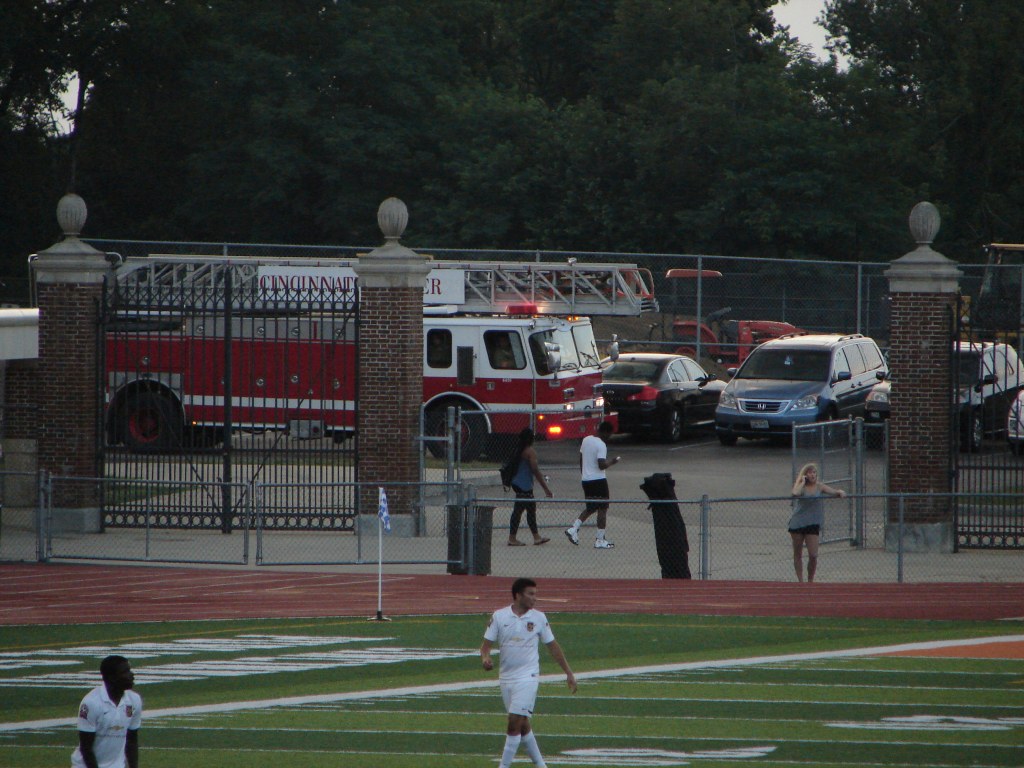 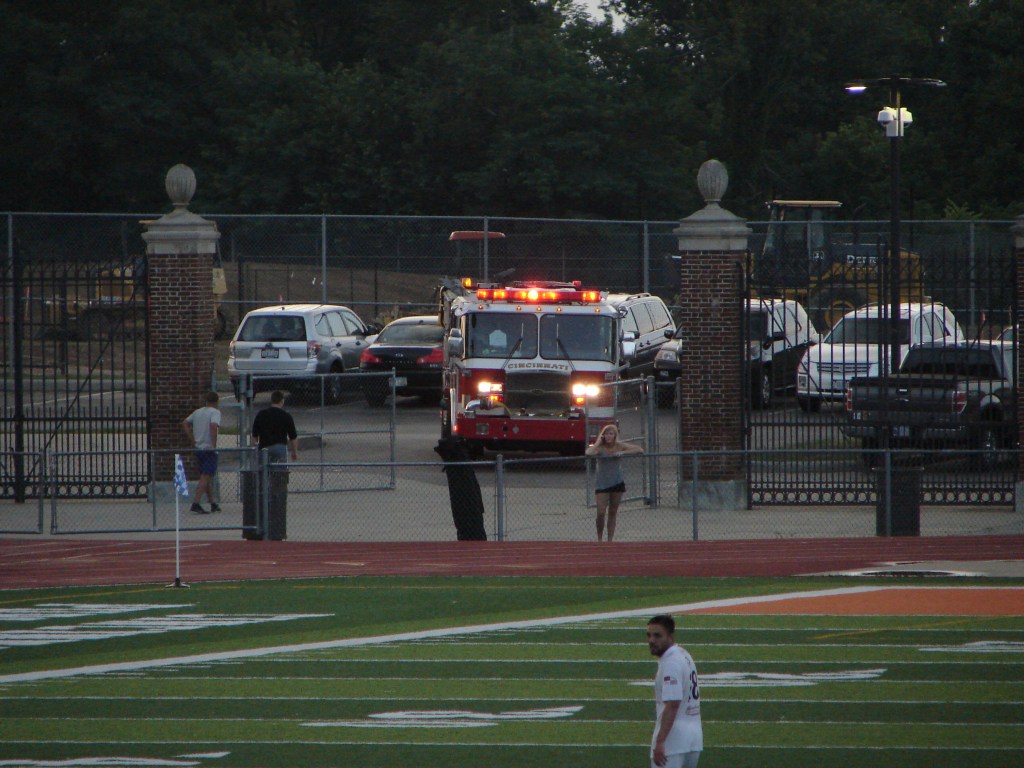 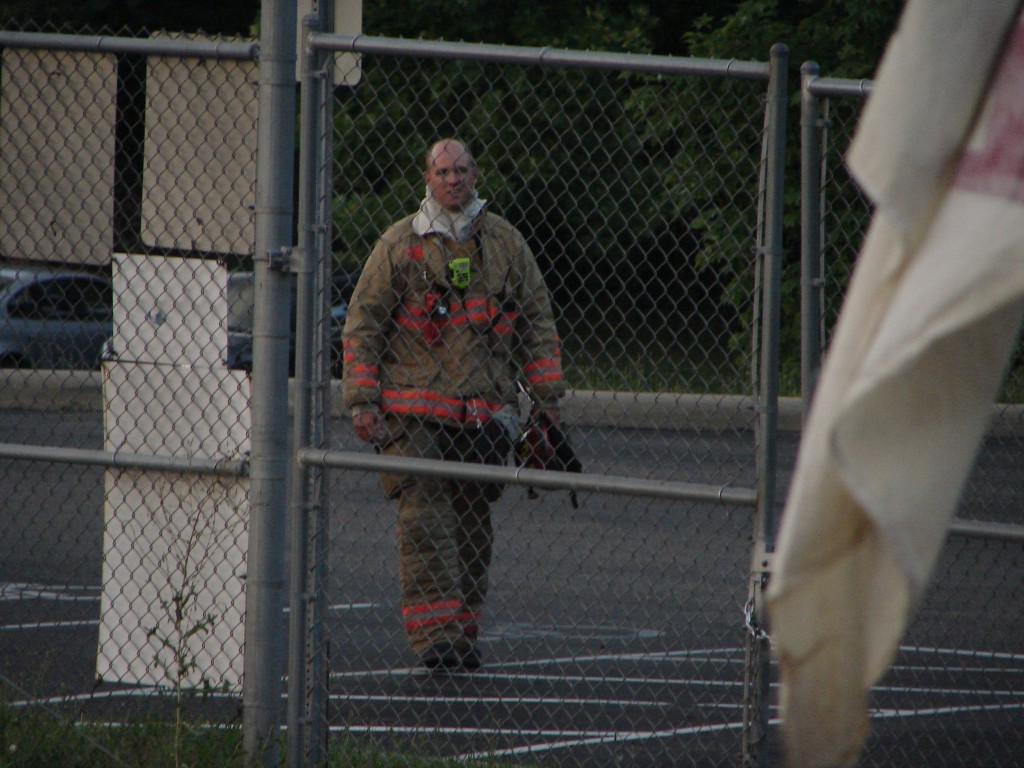 It was too difficult to hide the smugness, my gait catching up to my forlorn family at the game’s conclusion.  Last year’s match in Cincinnati was won by Detroit in the final minute.  Tonight, up a goal and up a man, the confidence my family must have felt, being so close to finally beating my team, went up in smoke.

The legacy of this match was immortalized in one of City After Dark’s pins.  City After Dark is a fundraising extension of the Northern Guard, which raises money for tifos and smoke.

I went to New York in 2014 to see my favorite Premiere League team, Arsenal, and in December, 2015, I found myself at Crew Stadium watching my favorite MLS team host the 2015 MLS Cup.  Both were memorable, but this game, by far, currently ranks as the best soccer match I’ve ever been to.

City Til I Die!