I begin this page not with the stats from this match, but from the match four days earlier when Detroit City FC traveled to New York to play the Cosmos.  It was the most important match, for the Cosmos had a record of 6-2-0, 20 points and City was at 6-1-0, 19 points.  A Cosmos win would almost assuredly put us out of reach for the title, even though we had a game in hand.  A draw would keep things tight and interesting with a single point separating us with the Cosmos having one remaining game and City having two.  A City win, however, placed us in charge of our own fate.

I attended the watch party as well as the 1st anniversary party of Rebel Cycle Studio, where I have been taking spin classes.

With that crucial victory, the team returned to play another weeknight game against the Stars, this time within the confines of their tin can.  Three points, and we’re the NPSL Members Cup champion. 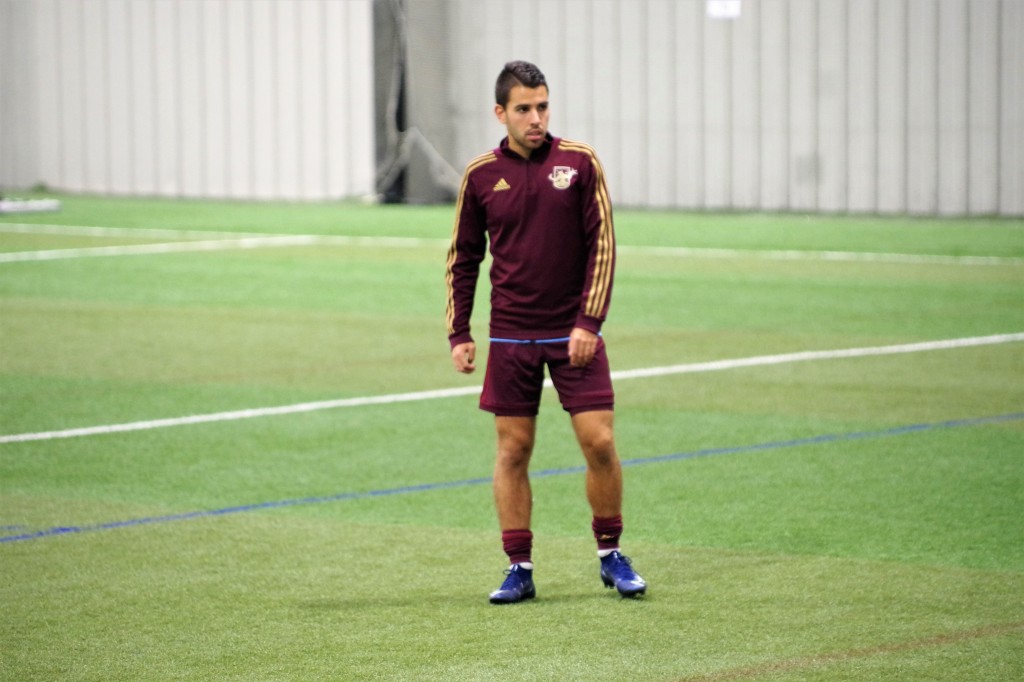 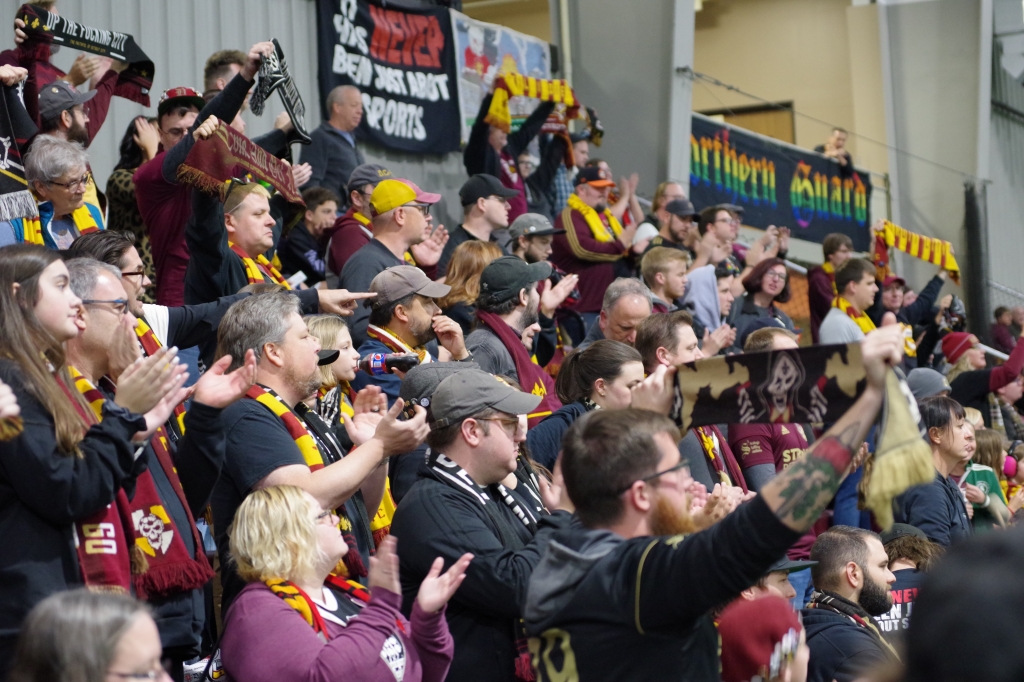 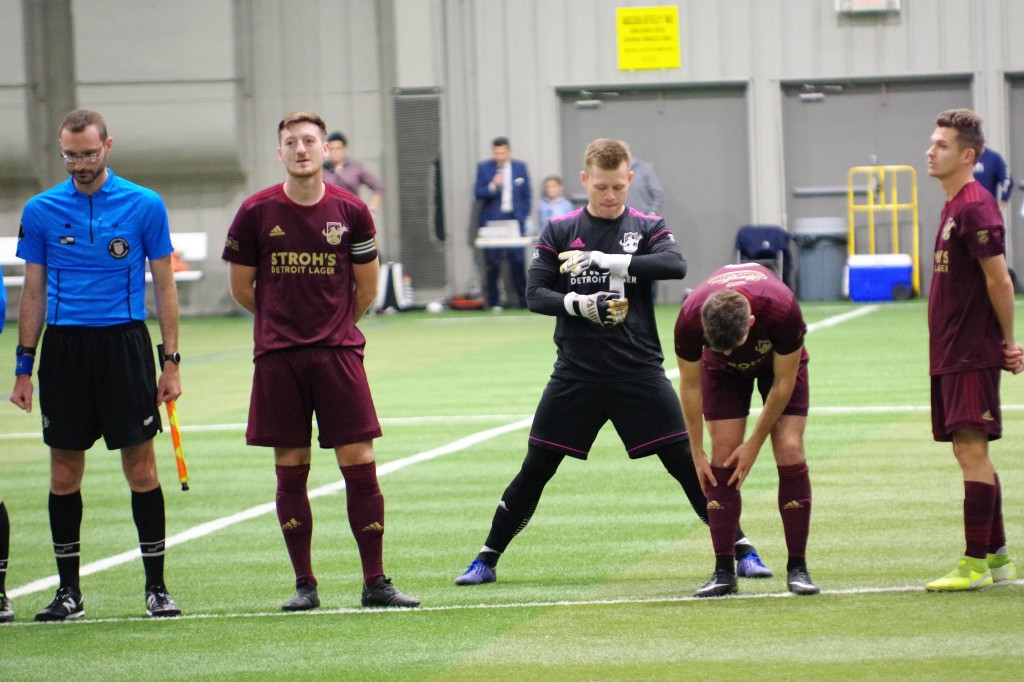 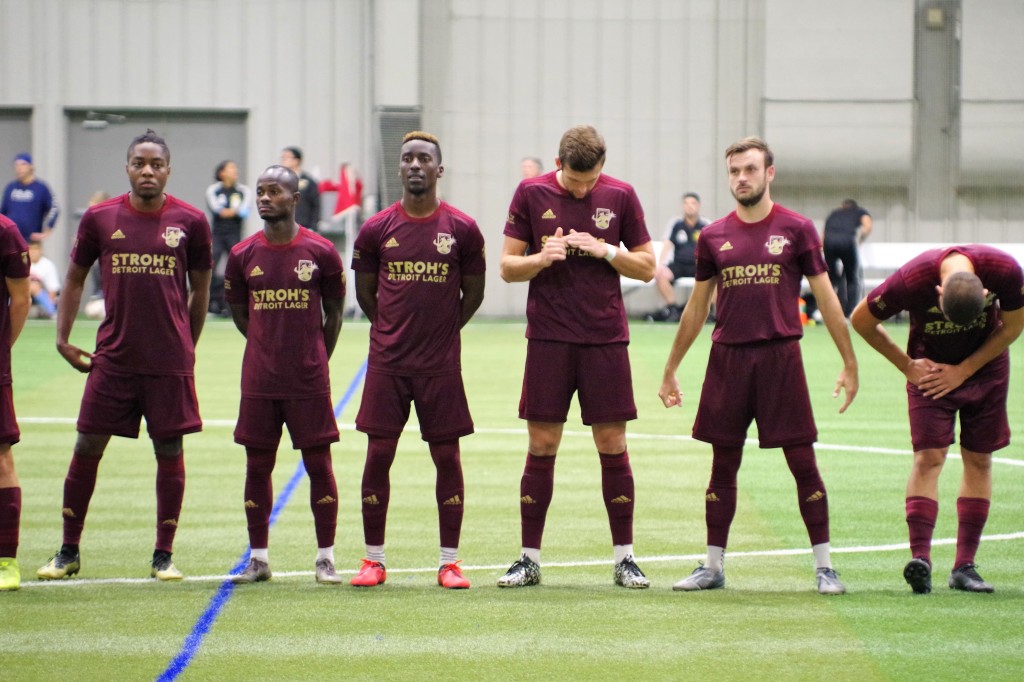 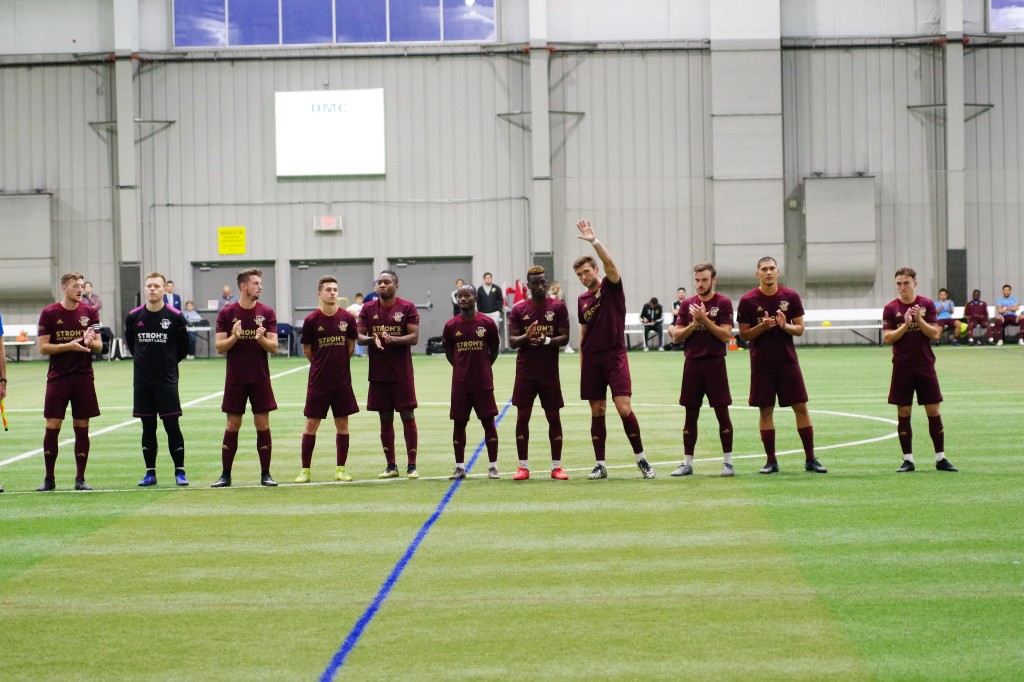 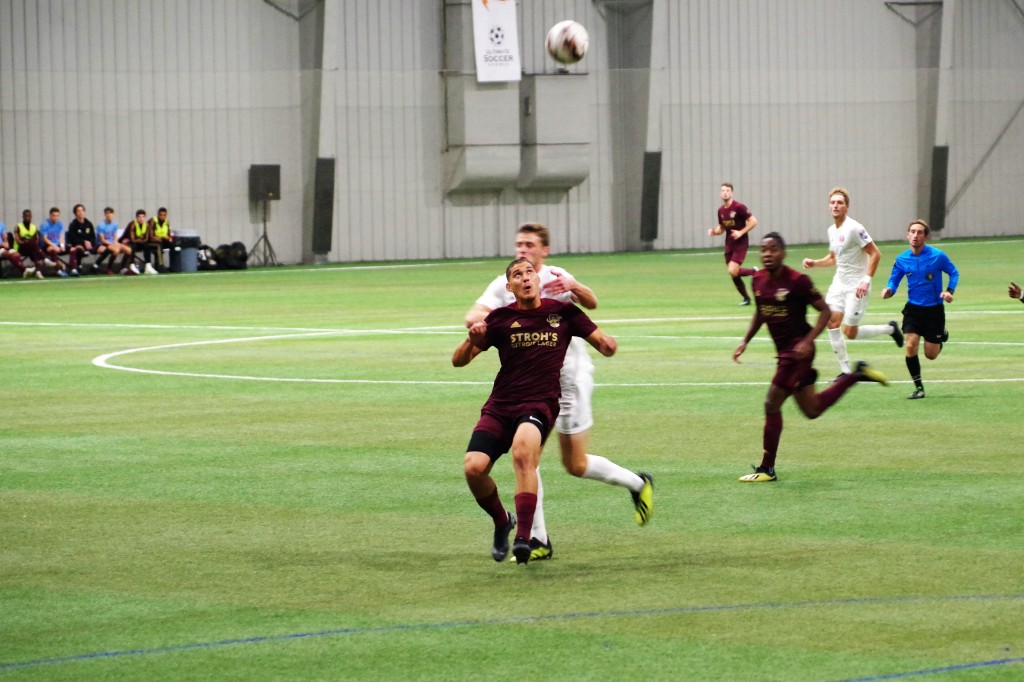 At halftime, the match was scoreless.  The tension rose as every Rouge & Gold supporter (which was darn near everyone in the cement and aluminum container) waited for that deciding goal. 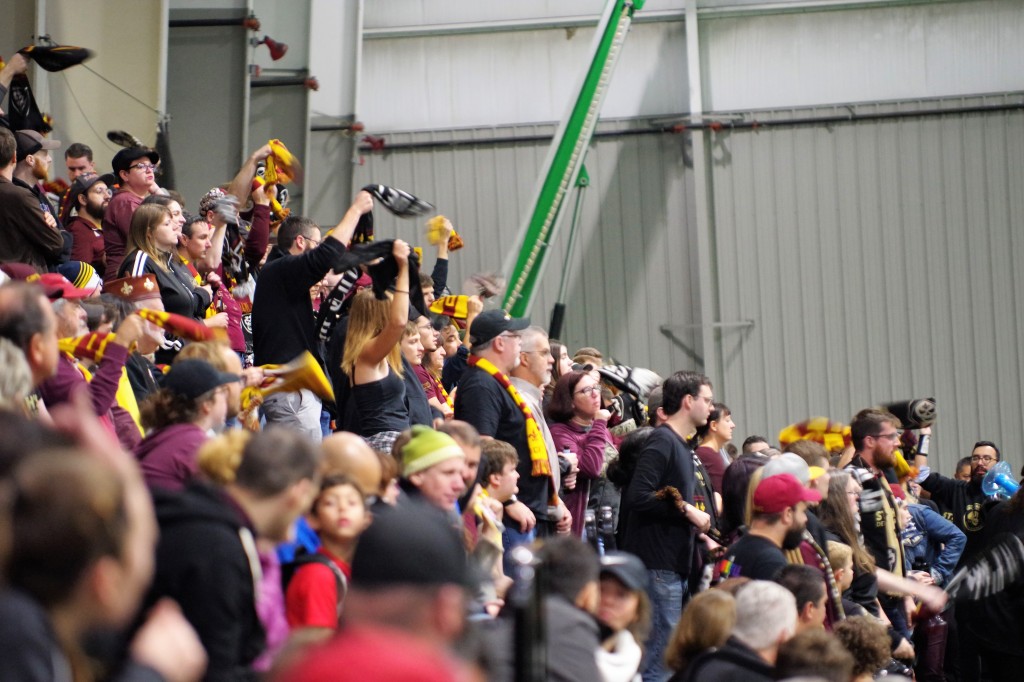 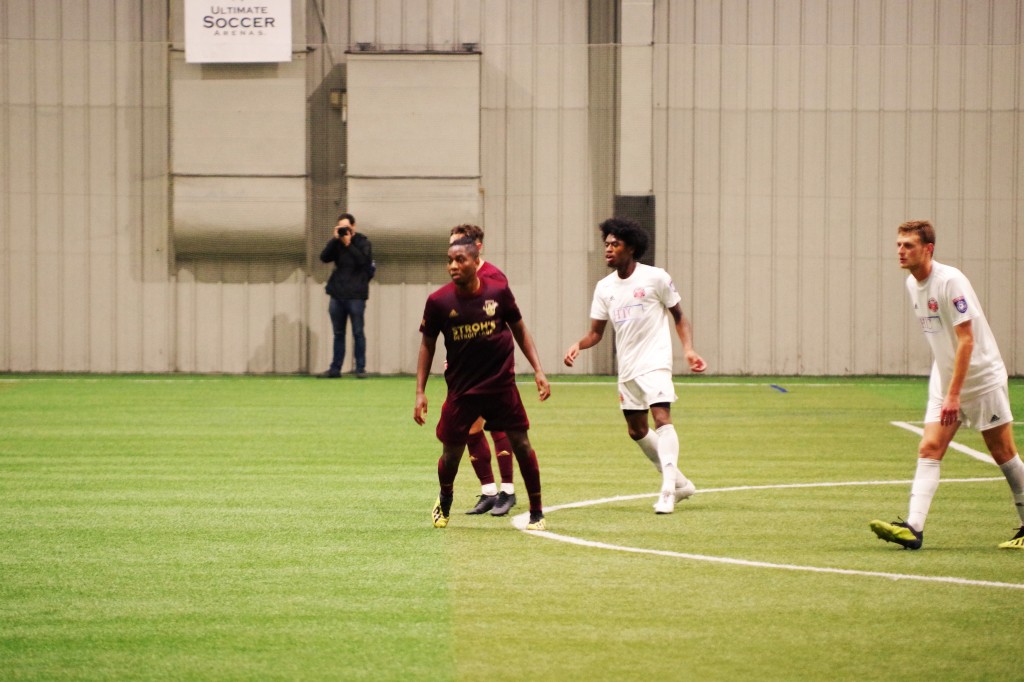 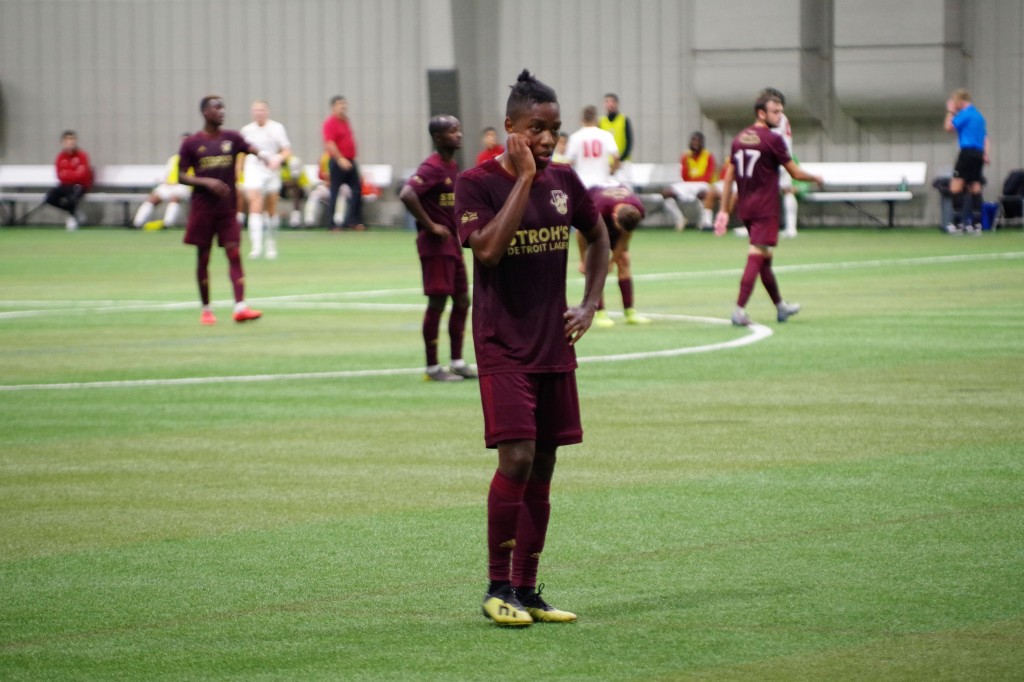 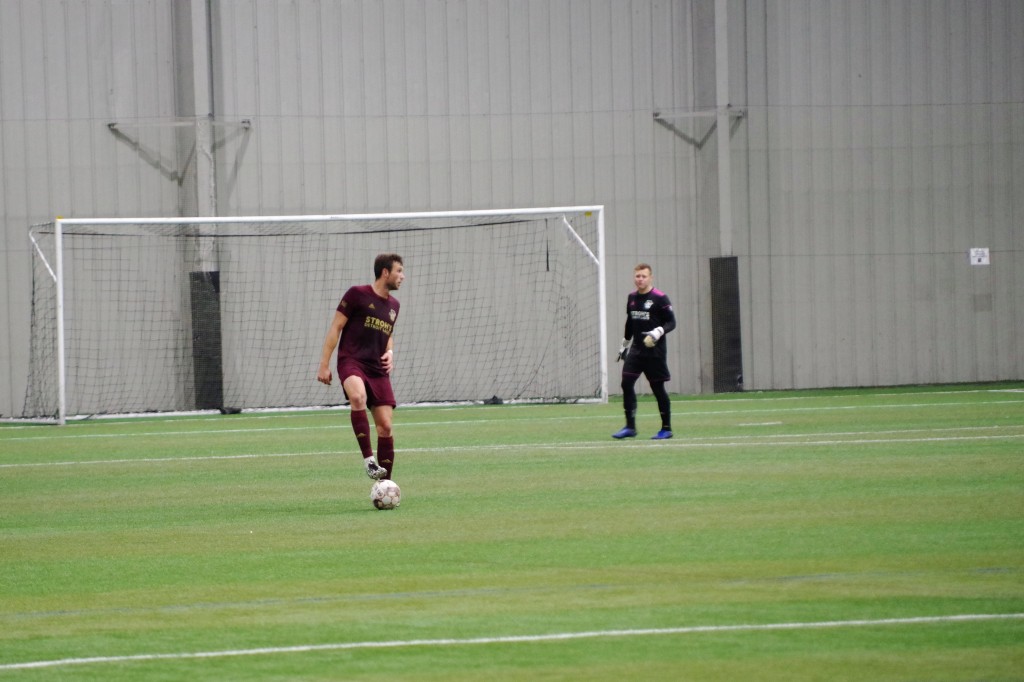 The Goal:  Bakie to the left flank where the rushing Tendai Jirira touched the ball forward three times before delivering back to the middle where Yazeed did what Yazeed does. 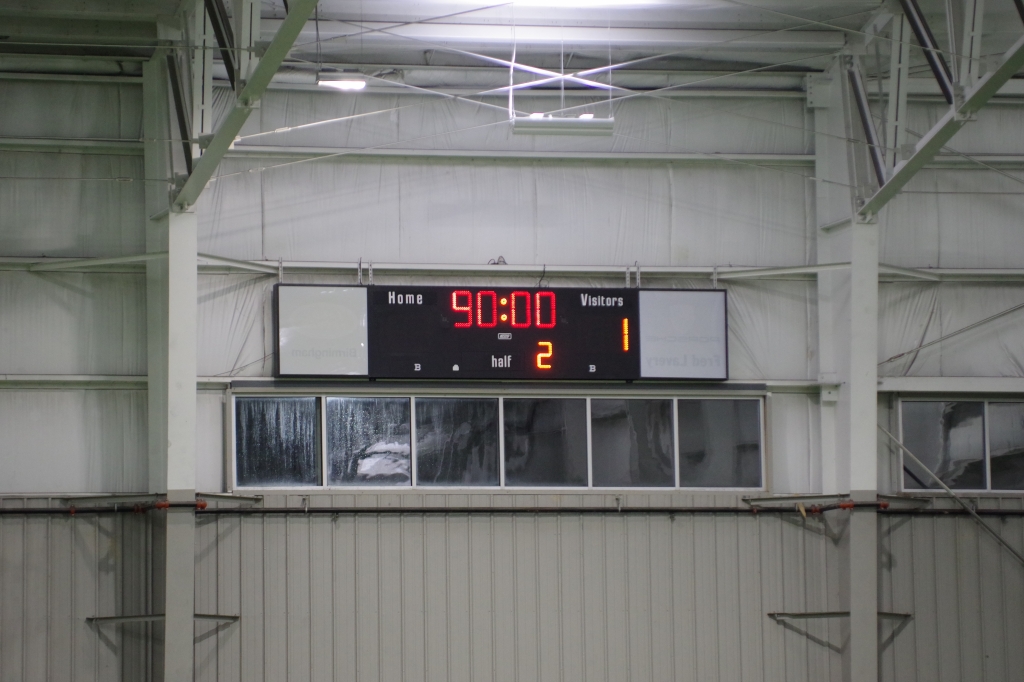 Tonight, after the final whistle, this felt so much better. Yes, it was cool to be on the ice and in the locker room at the Palace with the Vipers afterward, hanging out with the team that was my favorite. But it was the team and their families in that locker room. No one else.

This was something bigger. Deeper.

Looking around, there were so many friends I’ve come to know, appreciate, and love over the past eight years. So many smiles on the faces of my favorite people.

My parents always promoted the individual sports. They prefer watching golf. It’s all about the person. To them, in team sports when someone else makes a mistake you lose. “It’s all on you in golf.”

But when you win in golf, you celebrate alone.

Tonight, Detroit City FC and the Northern Guard Supporters celebrated together.  How sweet that feeling is. 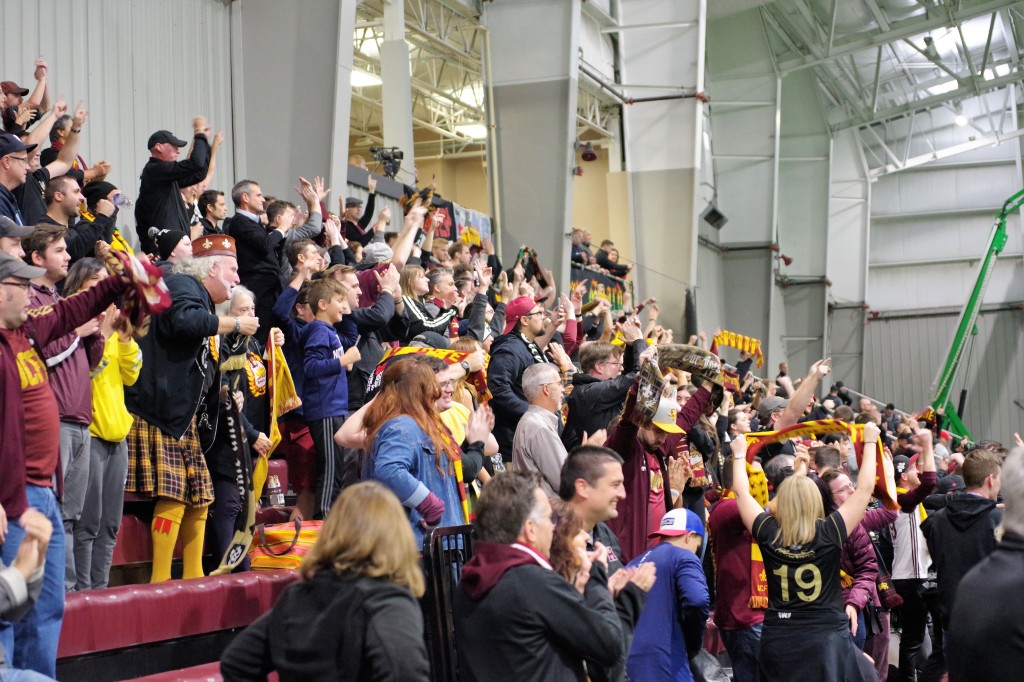 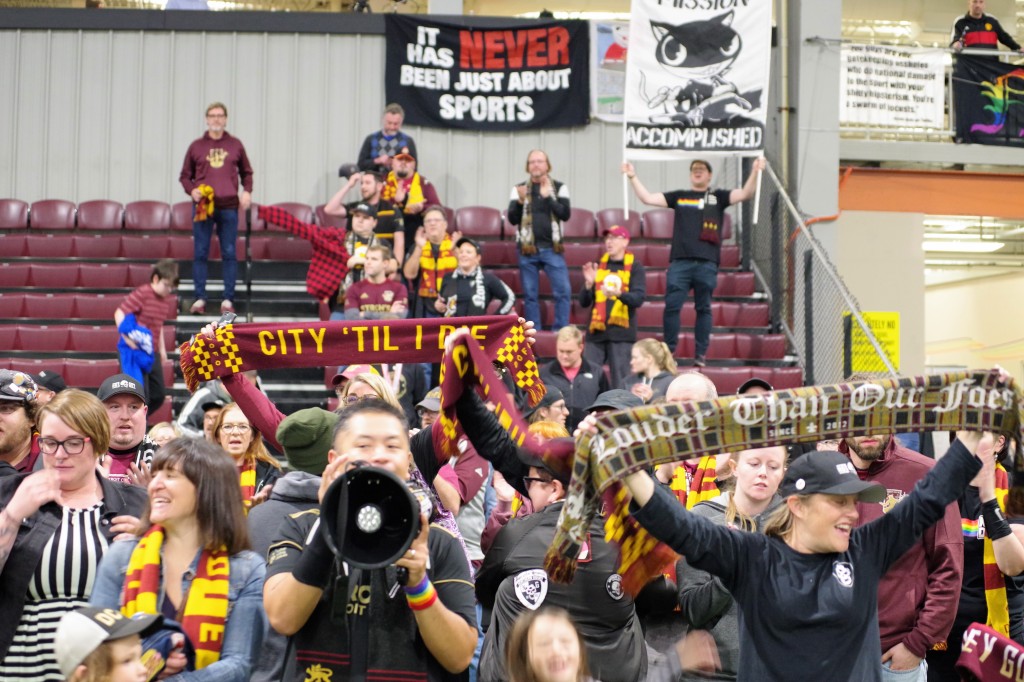 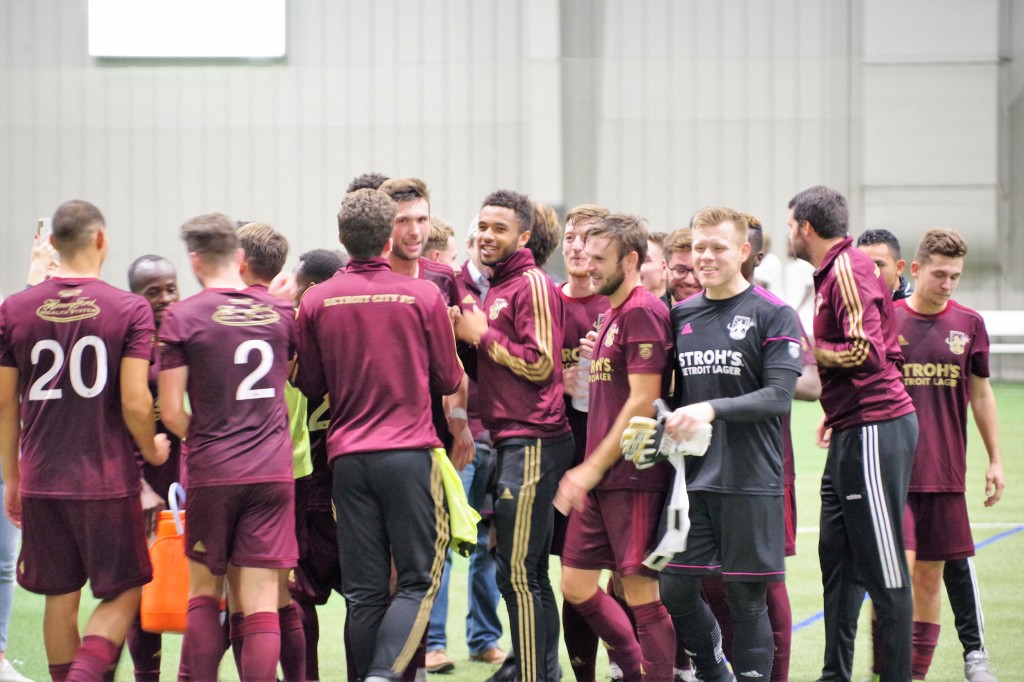 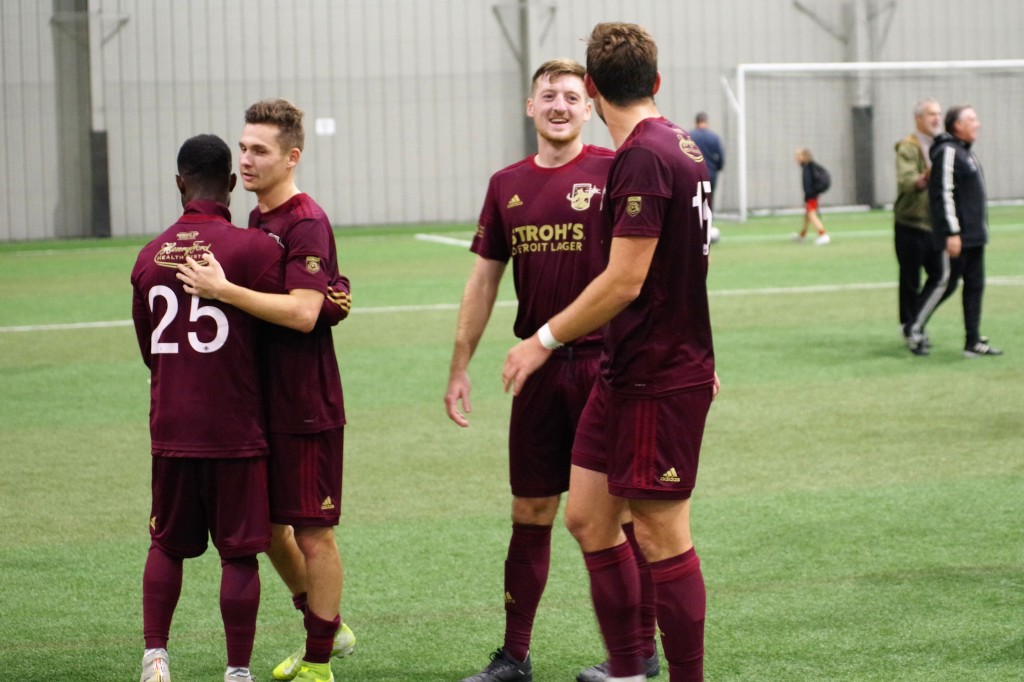